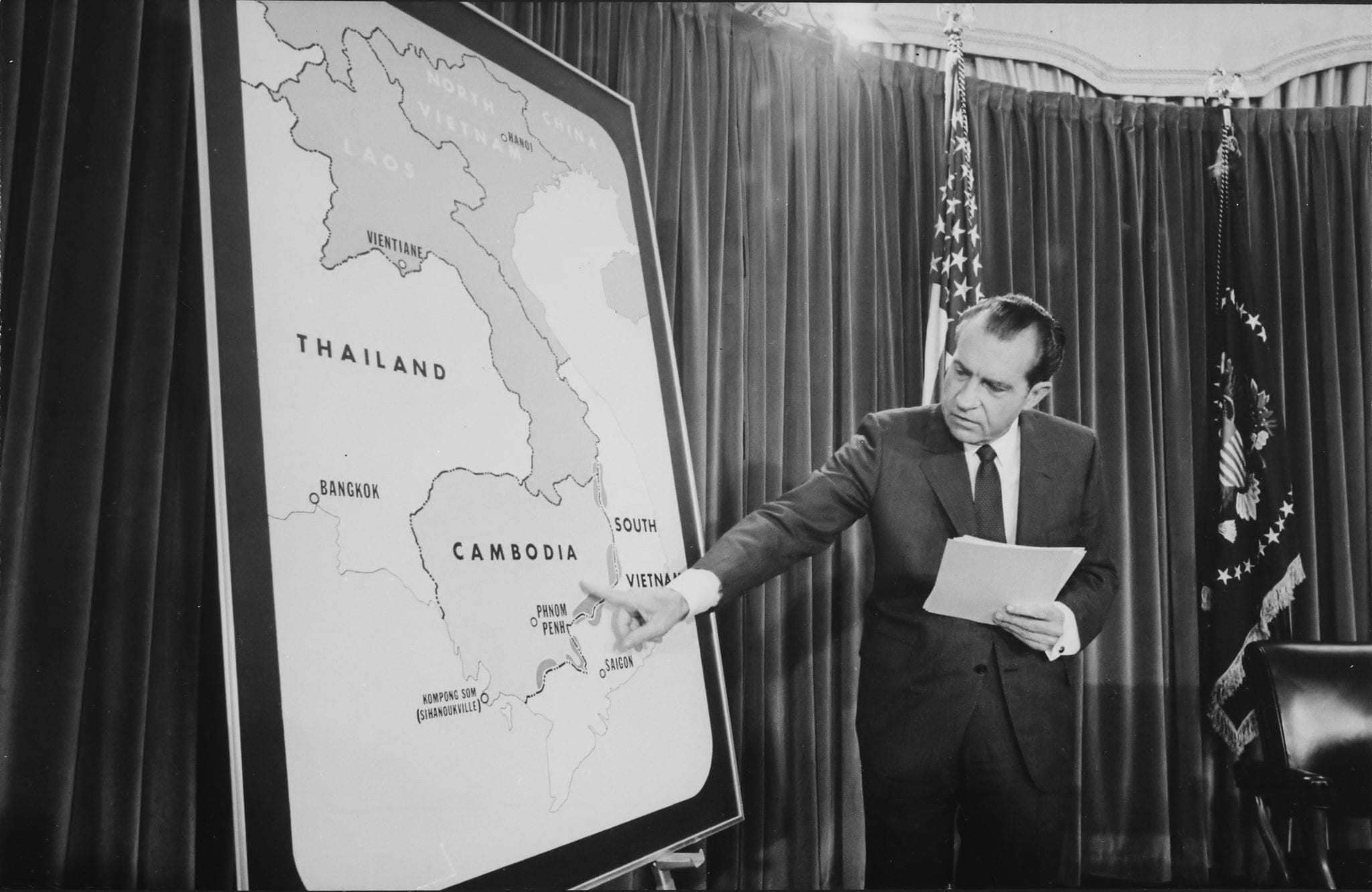 Millions have read about or seen videos that show the miraculous results cannabis has on Parkinson’s disease patients, so when my father told me 13 years ago that he had been diagnosed it was the first thing I suggested.

He laughed it off, asking “Where will I get it? Go down to the biker bar and ask some Hells Angels?” I made a call to a friend and had a quarter ounce delivered by FedEx the next day. I exhumed a couple of the pipes he had smoked when I was child — filling the house with scents of black cherry and oak — and packed each bowl with a bit of bud.

After dinner we sat on the front porch of his house watching the sun set behind the hills mirrored across the huge expanse of Seneca Lake, New York. I offered his pipe while blazing mine up. He fitted the stem into his mouth and smiled but declined the match. “Not today, kid,” he said.

At the time he was nearly symptom free, experiencing only a minor tremor in his right hand once in a while. When it resulted in him nipping the end of a finger off on a scroll saw, he quipped that at 68 he could afford to lose a finger tip. 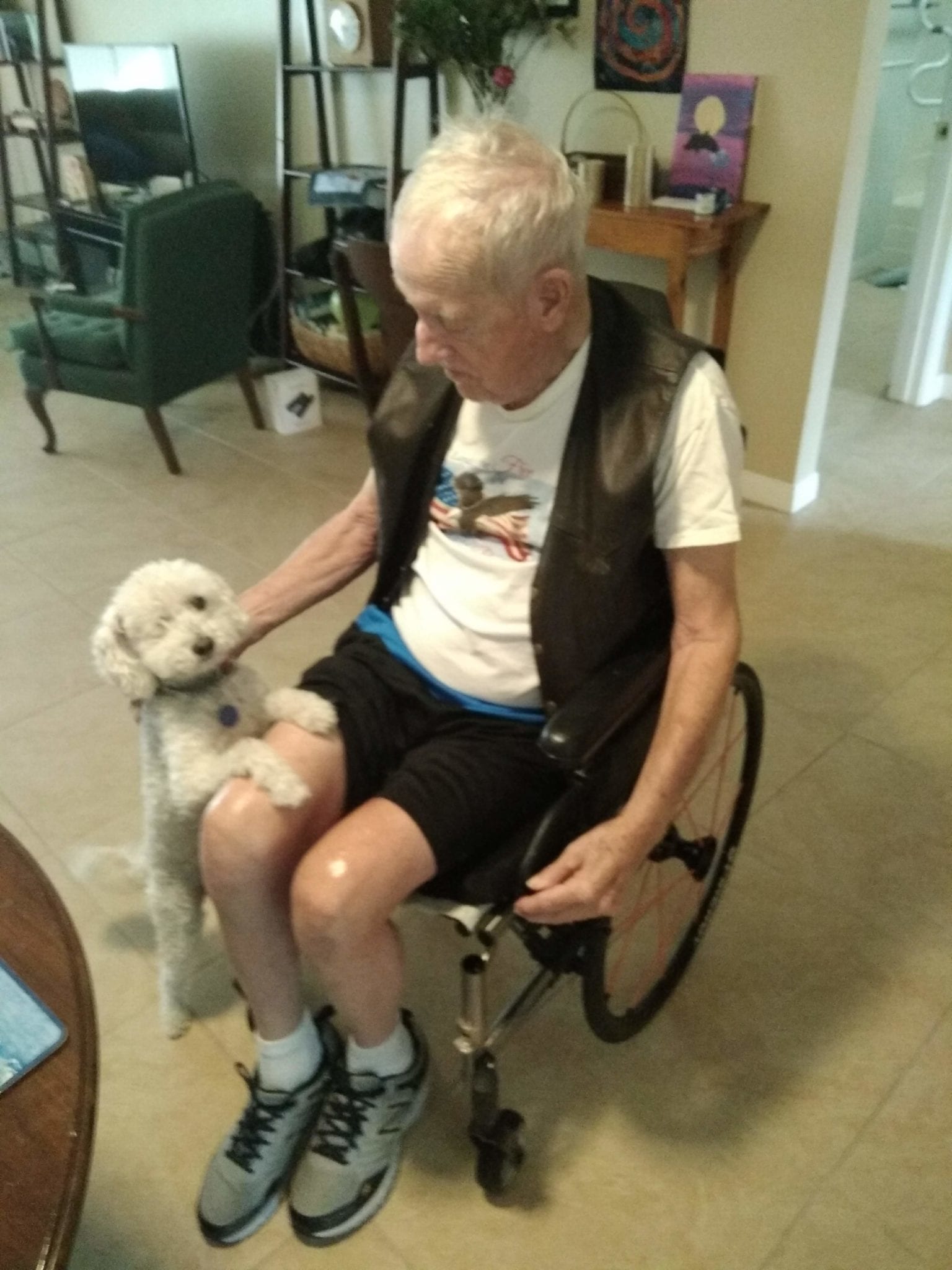 Parkinson’s is a disease that takes more and more as time goes on. Though cannabis has led to breakthrough moments for my father in terms of symptom-reduction, my parents’ anti-marijuana stigma largely remains.

That was the start of the long, slow process of his body contracting in on itself. It was before he lost more mobility each year until becoming wheelchair bound; before the deep brain stimulation surgery that cost a house in Florida but allowed him to zap his tremors with an electrode buried in his subthalamic nucleus, and a pacemaker stuck in his chest like Iron Man; before the fall that caused a brain bleed and three-week coma; before the stroke that we all thought would surely take him out.

It didn’t though. And my parents finally conceded to move from their house in the remote Finger Lakes region of NY to the suburbs of San Diego. A move that brought them near my brother and their grandchildren, but also away from the six-month winters of western New York and closer than ten miles to the nearest anything.

When they moved, I began my campaign for CBD and THC treatment anew and firm. Now that they were in a legal state it was time to try cannabis. My father didn’t take demands, though, and he didn’t take marijuana.

As an ex-marine, my father hears the word marijuana and thinks communism, that supposed Cold War evil he had fought in Asia. Marijuana, hippies and communism being three things he detested.  We never had to talk about it when I was a kid. It was known there was a line not to be crossed, and weed was on the other side of that line.

But my father, tough guy that he is, has an easily exploitable weakness that can be categorized in three words: cookies, cakes or pies.

“Are there any cookies, cakes or pies?” he asked every night after dinner. He has a sweet tooth, a dessert jones. So while I seized on a vulnerability, it can’t be said I spiked him his first time. I told him the cookies I bought from the dispensary had THC in them, but the chocolate chips and cashew nuts were too much to resist.

“Maybe it’ll make me silly,” he mumbled from his lift chair where he spends his entire day watching either cowboy movies or World War II documentaries, punctuated by complicated trips to the toilet or to the table to eat. His Parkinson’s is so advanced now he can no longer stand on his own, which makes every transfer to his wheelchair a frustrating and potentially dangerous production.

Essentially Parkinson’s disease is caused by the death of neurons that produce important brain chemicals to control movement and automatic functions. Neither scientists nor doctors have a good understanding yet of what kills those cells. Parkinson’s has as many variations as there are cancers and researchers are only starting to differentiate between them.

The disease manifests in many ways and to many degrees. Some are racked with tremors while others become lost in Alzheimer’s-like dementia. The one constant is muscular contractions, which in most cases increase in frequency as the disease progresses until the body is contorted and useless. People don’t die of Parkinson’s, but Parkinson’s is always fatal. The most common cause of death, as patients lose control of the muscles needed to swallow, is aspiration pneumonia. 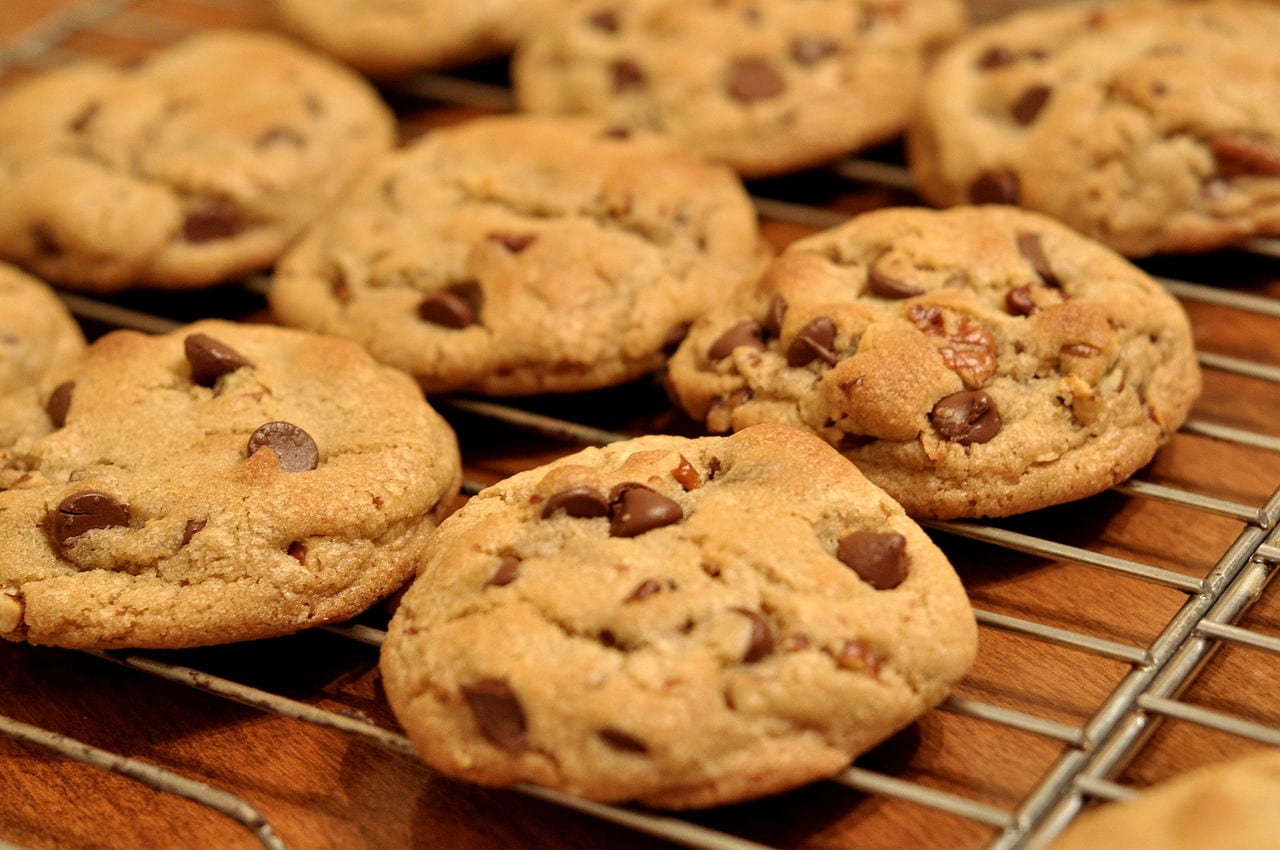 Not only are cookies a sweet treat, they also offer a more inviting format to intake cannabis for non-users. Photo by Kimberley Vardeman via Wikimedia Commons

My dad finished his cookie and continued to watch TV while I watched him. Eventually he announced, loudly, “So much for the marijuana cookie.” My father lost his voice into his chest long ago as a result of contractions in his throat and contortion of his facial muscles. But he said that clear as a bell, even adding a mocking lilt to the words marijuana cookie.

My mother, and sister — who was also visiting at the time — came in from the veranda looking like they had heard a ghost. The contractions in his face were almost gone, his posture was straighter and his restless leg had rested.

There was more than that though. There was a look of awareness or interest in his eyes that I hadn’t seen in years. He asked for his glasses and picked up a newspaper, which he hadn’t done since the tremors in his hands and arms made it impossible to read. Then he started to whistle, off tune and quietly to himself — a characteristic indelible to his pre-Parkinson’s personality.

It wasn’t a miracle but the results were staggering. The effects lasted for an hour or so, then faded away. I count myself lucky to have been there because it never happened again, not like that. Not to say that the CBD-THC oils he started taking didn’t help alleviate symptoms, but it’s been hard to measure.

When I leave, the supplies run out and they don’t get replenished. My father falls back on his doctors’ indifference to cannabis, and my mother again wonders aloud: “If the benefits are so great, why is it still illegal in so many places?”

Not all cannabis treats Parkinson’s equally

It’s hard to undo a lifetime of indoctrination, but I thought a doctor’s explanation of the effects and benefits might finally put an end to my parents’ misgivings. YouTube is full of videos showing people coming out of the rictus of tremors, as well as testimonials by patients and physicians alike.

I found a video by Dr. Junella Chin, who sits with a patient slightly better off than my dad, who’s around the same age and takes a lot of the same medication — prescriptions that constantly change and cost thousands a month. The video describes almost the same situation my parents have been in for over a decade.

I sat down with my parents and watched the video where Chin explains to a patient and her daughter how CBD’s natural anti-inflammatory properties help with the chronic aches and pains that are part of being sedentary as so many Parkinson’s patients are. Likewise how active THC can lessen acute pain related to tremors and dyskinesia, involuntary muscle movements that are a side effect of the most used Parkinson’s pharmaceutical: levodopa. Taking cannabis derived products could eventually replace up to five pharmaceutical drugs, she explains, including the antidepressants Parkinson’s patients are automatically prescribed.

There are 500 strains of cannabis and not all of them treat Parkinson’s symptoms equally, she adds. The fact that most CBD-THC edible products don’t list their source strain could explain why we had the phenomenal effect the first time my father ate that cookie and never saw it again.

So we created another schedule of 1:1 CBD-THC oil to treat the chronic symptoms, adding a supply of THC treats irresistible to the old cookie monster for acute pains and bouts of dyskinesia. This will last until my father has a bad day: a bout of intense dizziness, or when he seems even weaker than normal and it’s “the damn THC” that gets the blame and so he stops taking the oils until my next visit.

My father is nearly 81 now, slumped over in his chair but still alive despite the long gruelling war with Parkinson’s. One in which he’s lost so many battles. The family all knows my parents’ situation can’t last. I think even my father understands how perilous their existence is despite his insistence that he’s never going to a care facility again.

There’s nothing to be done about that, but I do regret not pressuring them harder early on to forget the propaganda, put aside their lifelong anti-weed position and go against their doctors’ prejudiced advice on the chance it could have improved the last years of my dad’s life.

Top image: President Richard Nixon points out People’s Army of Vietnam sanctuaries along the Cambodian border in his speech to the American people announcing the Cambodian incursion on April 30, 1970. Under his presidency, Nixon greatly expanded the war on drugs, a move understood as an attempt to bolster waning support for the Vietnam War. Public domain photo by Jack E. Kightlinger