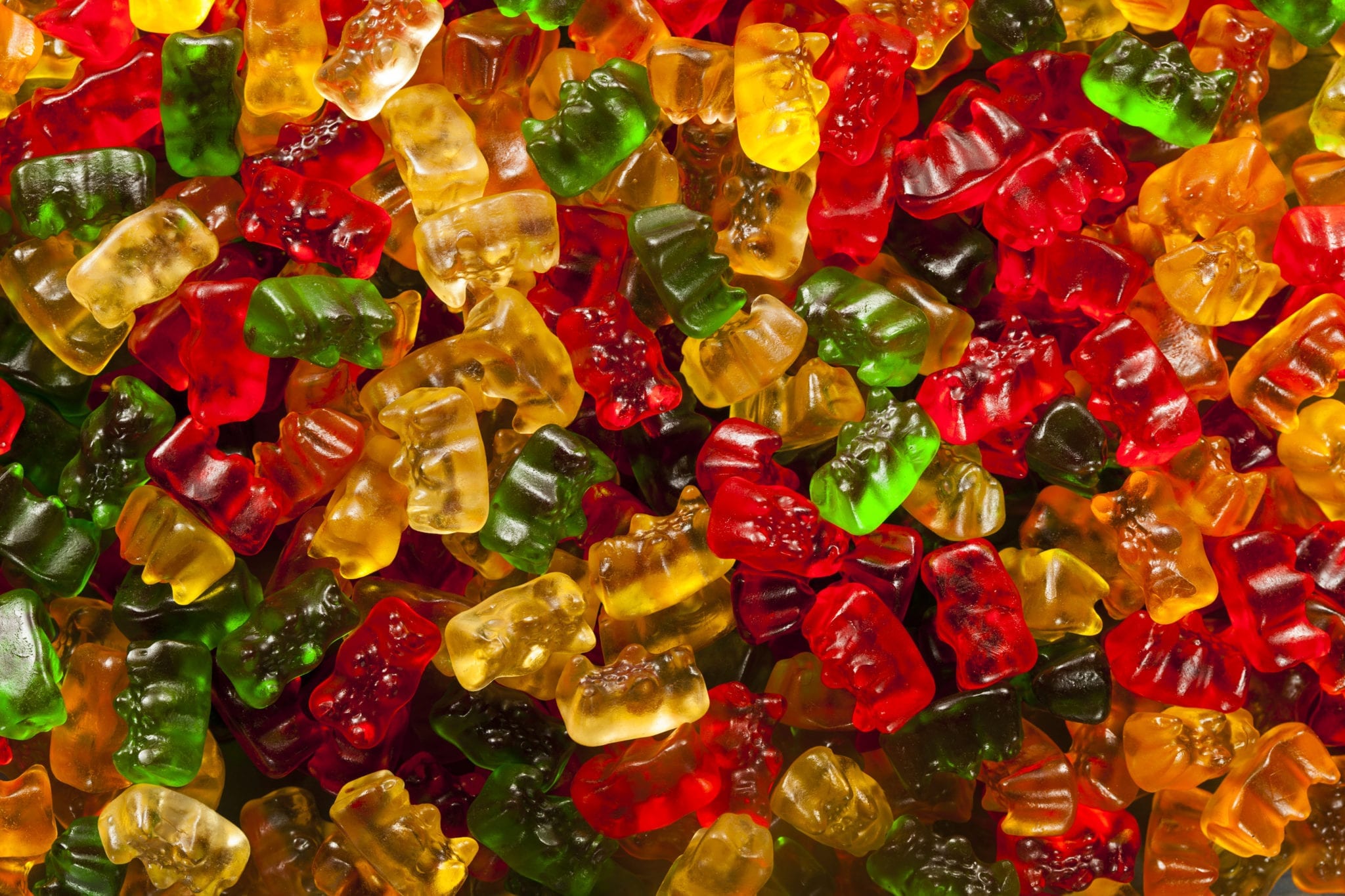 Starting cannabis was a life-changing moment for me. I was in disbelief because my painful endometriosis symptoms disappeared within 15 minutes of ingesting a small infused candy.

I could get up and walk like I used to before my endometriosis had progressed. For the first time in what felt like years, I could move my left leg with minimal pain. My lower back pain and abdominal pain was non-existent. I fell asleep and somehow stayed asleep, at a time when I usually woke up in the early hours of the morning due to pain that I would manage with heavy medication.

But as a Black woman living with stage 4 endometriosis, it took me several years just to get a diagnosis. Doctors dismissed my symptoms as normal, or assumed based on racial stereotypes that a botched abortion was to blame. They told me things like, “You people like getting botched abortions and coming in with pelvic pain.”

Endometriosis affects 1 in 10 people with uteruses. It’s a disease where tissue similar to the tissue that normally lines the inside of the uterus grows in other parts of the body, including the fallopian tubes, ovaries and even intestines. The pain associated with endometriosis is excruciating and often takes up to 10 years to diagnose accurately. It cannot be cured, and treatments are minimal aside from hormonal therapy, pain medication and surgery. 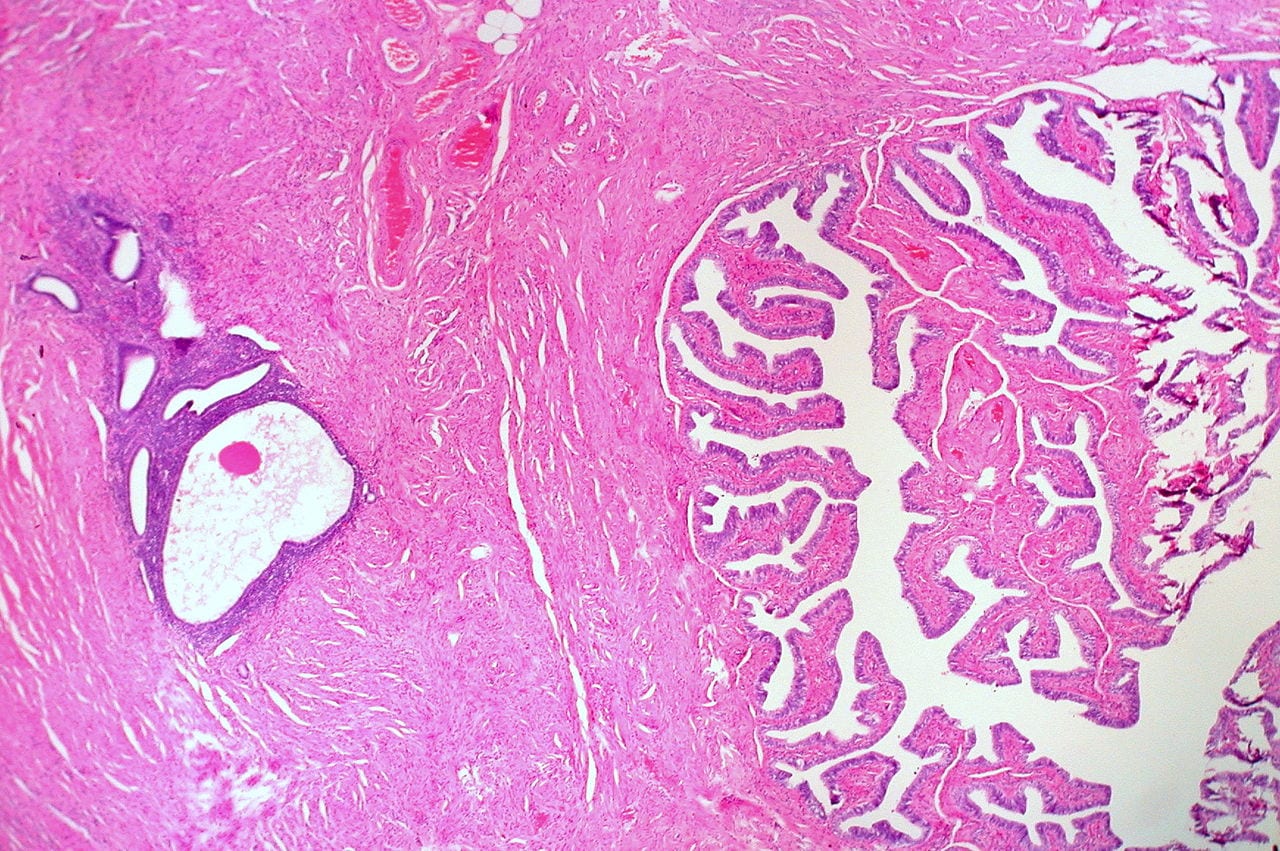 A microscopic image of endometriosis in the fallopian tube. The dark blue areas indicate the presence of endometrial glands, one of three criteria to diagnose the disease via microscopic analysis. Photo by Ed Uthman via Wikimedia Commons

The main issue with my endometriosis diagnosis has always been the incessant pain, including more recent nerve pain down my left leg. The painkillers prescribed to me in the past caused multiple dangerous side effects, and some are highly addictive. So, I started investigating and looking at alternative solutions. It was not an easy journey, and difficulty seeking alternative treatment is an issue that extends beyond the borders of my home country of South Africa.

Western science and medicine are seen as the pinnacle of healthcare, says Cicely Blain, a diversity consultant and founder of Black Lives Matter Vancouver.

“Despite the fact that many cultures over centuries have used alternative healing methods to care for people, the elitism of Western medicine coupled with the big pharma and economic interests in healthcare particularly in the United States means that traditional healing practices are not taken as seriously,” she says.

Initially, I was reluctant as well. I could not understand how something that has been stigmatized — especially among Black people as a street drug, as well as something that could land us into serious trouble in comparison to our white counterparts — could be beneficial to me.

I was reluctant to try it mainly because I didn’t want to be discriminated against and be classified as another “Black junkie.” When we use cannabis, it’s always stigmatized and reported on as something for delinquent, no good people without ambition. On the other hand, white people are considered to use “medical marijuana” and the purpose is always associated with anxiety, pain, depression, cancer treatment etc.

When asked about cannabis usage among Black women and femmes, and the reluctance to openly speak about cannabis, Blain suggests: “Many of these people may be hesitant to speak publicly about this or before legalization [in Canada] had difficulty finding access to it because of the over-criminalization of drug use specifically in Black communities.”

‘Cannabinoid therapy should be second-line therapy, above opioids’

Eventually, I started experimenting with strains from a helpful online store that categorizes marijuana based on its properties. I ordered some and gave it a try not expecting any results because even with heavy opioid-based painkillers, I would often still have pain.

Prescription painkillers such as opioids can be harmful with long-term use leading to tolerance, dependence and addiction, says Rahim Dhalla, a licensed pharmacist and founder of Hybrid Pharm, Canada’s first licensed pharmacy to sell cannabis.

“Additionally, opioid receptors are present in the brainstem, leading to respiratory depression and death,” he adds. “Alternatively, cannabinoids are scarce in the brainstem. There have been zero documented deaths related to cannabis overdoses as the lethal dose of cannabis exceeds 15,000 milligrams. Cannabinoid therapy should be second-line therapy, above opioids.”

Cannabis has been a relief for me because it has made living with a disease that renders me disabled much more manageable. I am able to get up and get work done, without feeling groggy from opioids. Although I still have stage 4 endometriosis – the pain has become way more manageable than before.

In addition to the pain, my endometriosis-related nausea has decreased and my appetite has increased. My sleep has improved because I don’t as often find myself awake in the middle of the night from pain. It has also helped lessen my anxiety and depression which largely stemmed from chronic pain, feeling like I couldn’t do regular things for myself and feeling unproductive.

“Chronic pain is one the top reasons many patients are utilizing cannabis. This could present as arthritis, fibromyalgia, endometriosis, cancer-related pain,” Dhalla explains. “Cannabis has helped reduced numerous patients’ needs for NSAIDs, Acetaminophen, pregabalin (Lyrica) and opioids. We see cannabinoids playing a major role in pain reduction. In fact, we have 10-times more CB1 receptors versus opioid receptors — mu, kappa, delta — in our brain. Cannabinoids can be an effective and safer tool to manage chronic pain.”

Personally, my journey is a testament to cannabis therapy because for the first time in nearly a decade I am able to function without a cocktail of pregabalin, opioids, paracetamol and ibuprofen, all of which have caused me various dangerous side effects.

Cannabis has been a solace.