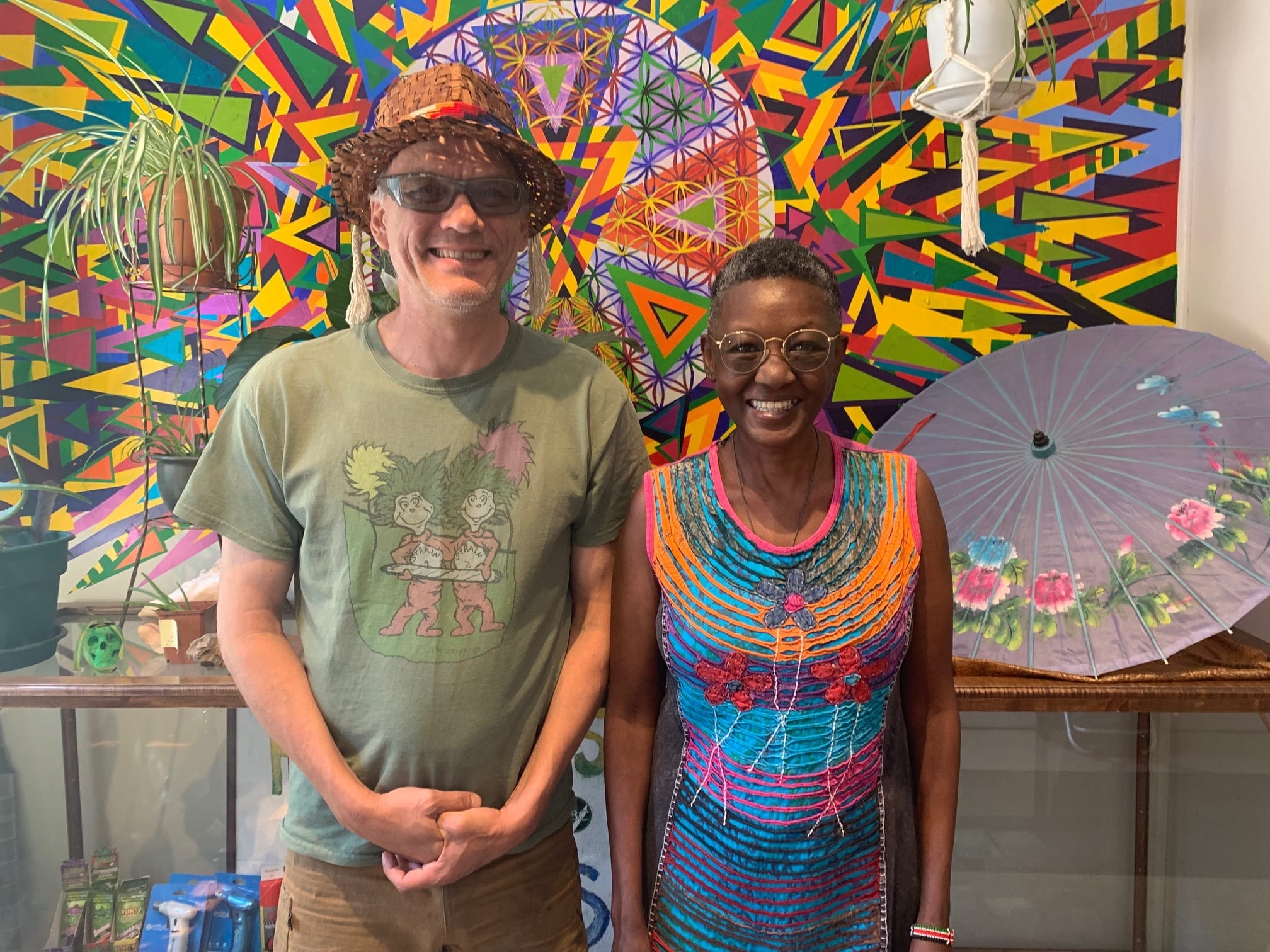 Kamau Bushby (right) Victoria Cannabis Buyers Club founder Ted Smith. Bushby was a member at the club before working there for over 10 years. Submitted photo

For many people living with HIV and AIDS, compassion clubs have been a pillar of social support and health, an invaluable resource that has been greatly diminished during the pandemic.

Since the 90s, compassion clubs have given a sense of community, support and education for marginalized populations seeking to manage symptoms of chronic illnesses like AIDS and hepatitis C.

From 1994 to 1998, San Francisco-based activist Dennis Peron founded the San Francisco Cannabis Buyers Club, the first of its kind, and gave weed to anyone who came through the door.

Peron’s motivation for opening the club was the death of his lover Jonathan West, who used cannabis to treat side effects of the terminal stages of AIDS.

His efforts in part paved the way for the marijuana reform movement in North America. 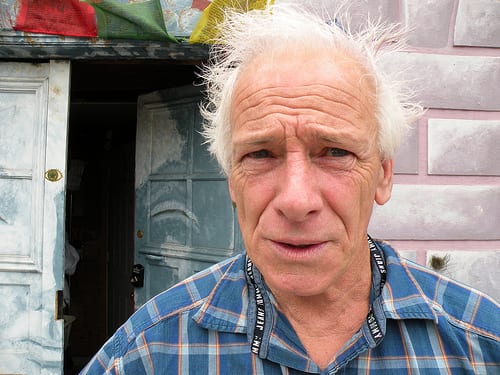 Dennis Peron, founder of the San Francisco Cannabis Buyers Club, was known as the father of medical cannabis. Photo by Cary Newman via Wikimedia Commons

But after Canada legalized recreational use in 2018, cannabis enforcement increased. Because medical storefronts are outlawed under the Cannabis Act, decades-old compassion societies have shut down or, in the case of the Victoria Cannabis Buyers Club (VCBC), faced numerous raids and eviction.

The VCBC, founded in 1996, was inspired to open by its San Francisco predecessor.

VCBC staff and researchers at the University of Victoria are currently working together to gather data and build a more effective chronic illness model for HIV and AIDS.

The research involves a survey to understand the experience of people living with HIV who use cannabis to manage their symptoms, as well as the impacts of legalization and the pandemic.

Members who’ve been accessing the VCBC for decades say that without the club they wouldn’t know what to buy elsewhere nor where to consume their medicine.

“Even though we have medical marijuana, you buy it, but you really don’t know where you’re going to smoke it, which is a downer,” explains HIV and AIDS intercultural educator Kamau Bushby, who’s been living with HIV and bipolar personality disorder, and working with AIDS Vancouver Island for over two decades. 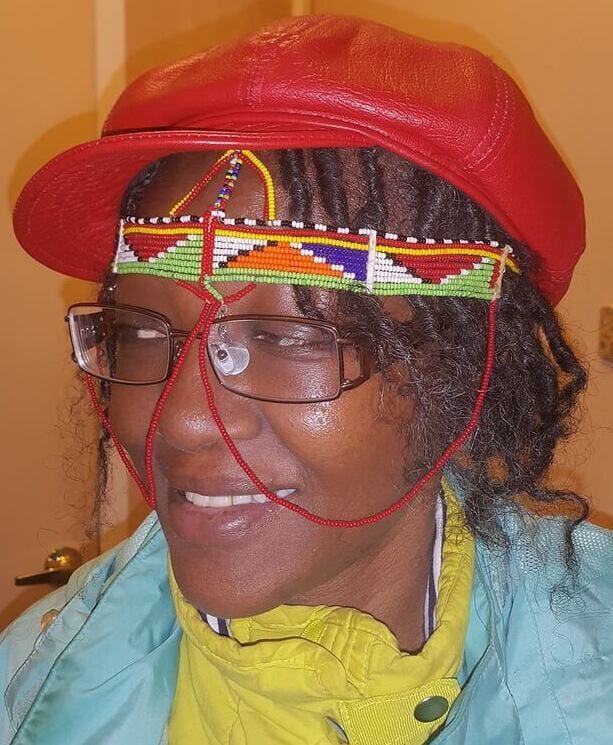 Cannabis has allowed Kamau Bushby and other people living with HIV to manage their symptoms and medicate themselves with a sense of self-determination. Submitted photo

For the last 25 years she’s used cannabis to help her with insomnia, poor quality sleep, nausea, lack of appetite and joint pain.

Bushby is a refugee from Kenya who came to Vancouver, B.C. in 1996 to attend the XI International AIDS Conference that gathered researchers, activists and NGOs.

When she was working at a hospital in Kenya, she noticed the toll AIDS took on the body and decided to leave her hometown so that her parents and loved ones wouldn’t see her in such state.

After years of using cannabis in Canada, Bushby didn’t realize how much the plant was improving her quality of life until she left to visit her hometown in Kenya, where cannabis is inaccessible.

“I stayed there for three months and I could not wake up without my knuckles unable to straighten out,” she said.

“When I came back to Canada and started using cannabis again, whether it was eating or smoking, those [symptoms] never came back,” Bushby continues.

Bushby’s closest relatives don’t understand her decision to use cannabis, as they consider it a dangerous “street drug.”

“And that’s where, again, going back to self-worth is where you stand up for yourself and say: Well, it’s a medicine and I’m using it as a medicine and if you don’t understand that, there’s nothing I can do. I just have to continue.”

After becoming a member, Bushby ended up working at the VCBC from 2001 to 2013, welcoming new members at the front desk and making sure operations were running smoothly.

In 2018, the Public Health Agency of Canada estimated that over 60,000 people live with HIV in Canada, with one new infection every four hours.

Cannabis can improve quality of life by reducing pill burden

HIV research nurse Marilou Gagnon, who has over 20 years of experience in the field, found that through cannabis, people living with HIV ended up eliminating more than one unwanted medication.

Gagnon says that cannabis as medicine found her while she was developing a chronic illness model for HIV, and talking to people about what they do to feel better.

“For each symptom or each side effect they had to take separate multiple medications on top of HIV medications,” she says in a phone interview. Medical professionals are always talking about “pill burden,” she explains, which is the accumulation and constant intake of pills to combat chronic illnesses.

Gagnon found that not only was cannabis a one-step solution to ease multiple symptoms of HIV and AIDS, but it also gave patients a greater sense of self-determination. 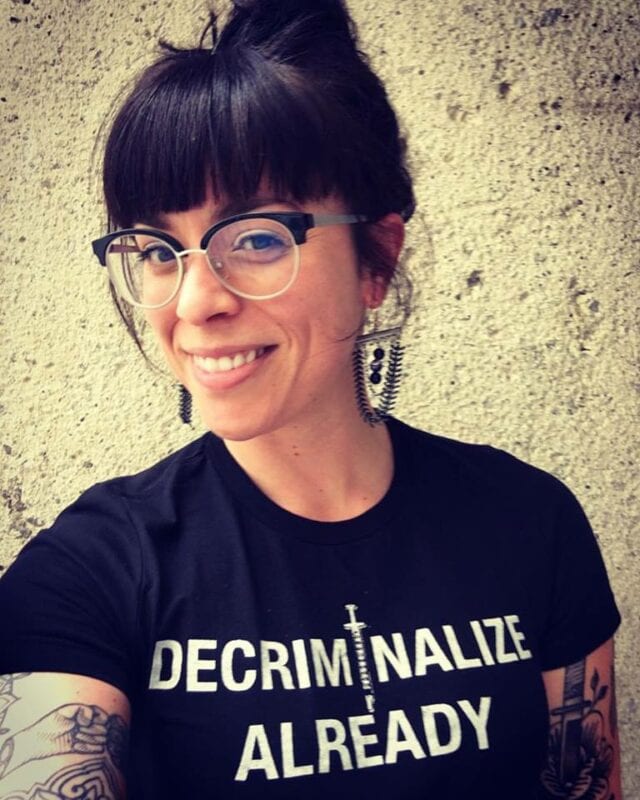 Gagnon is a professor at University of Victoria’s nursing school and a scientist with the Canadian Institute for Substance Use Research. Submitted photo.

“I think it’s also important for people to feel like they have that ability to take care of themselves the way they want to,” she says, adding that experimentation with different products and solutions was critical for people living with HIV.

She could tell that cannabis was helping people living with the disease, but neither the plant nor advice on how to use it came from official healthcare providers.

“It was often something people would just start on their own, and explore on their own, which makes a lot of sense, because that’s also why compassion clubs started: there’s people taking care of themselves and finding what works for them.”

Apart from supply and consumption, it’s also the feeling of connection to the cannabis-friendly community that’s important for people living with HIV.

“And I know that the stats coming out post-legalization say that a lot of people continue to access the way that they had before,” Gagnon says.

For many patients, barriers such as high prices, needing a credit card and showing identification lowers uptake of the legal medical market. 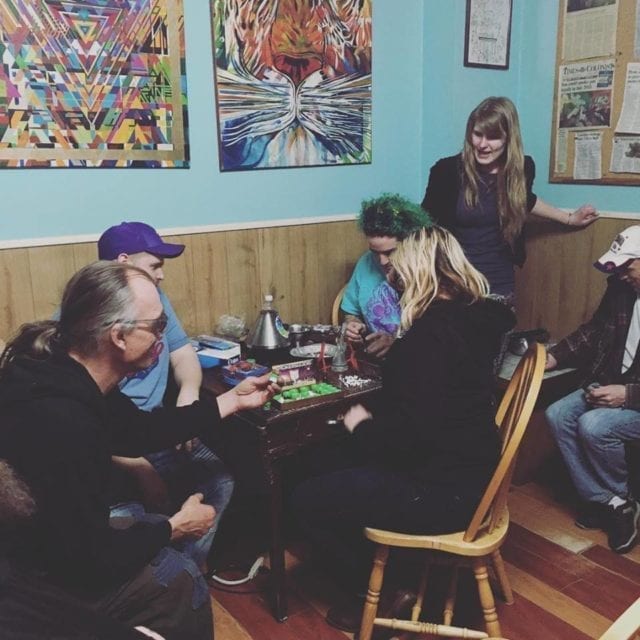 Before the pandemic, the VCBC was petitioning for variance to a local clean air bylaw to legally operate its safe consumption lounge, known as ‘The Box’. Photo via the Victoria Cannabis Buyers Club

VCBC founder and president Ted Smith says the shut down of the club’s smoking lounge due to the pandemic had a terrible effect on many members and staff.

Smith is looking forward to the fall when he expects things will go back to normal.

“People with HIV are often feared and shunned by others in society, whereas at the VCBC everyone is embraced with open arms and no prejudice,” Smith says.

Members can freely participate in the organization only by showing care and compassion towards each other’s medical needs, he explains.

“Indeed our community is almost as healing as the medicine we provide.”