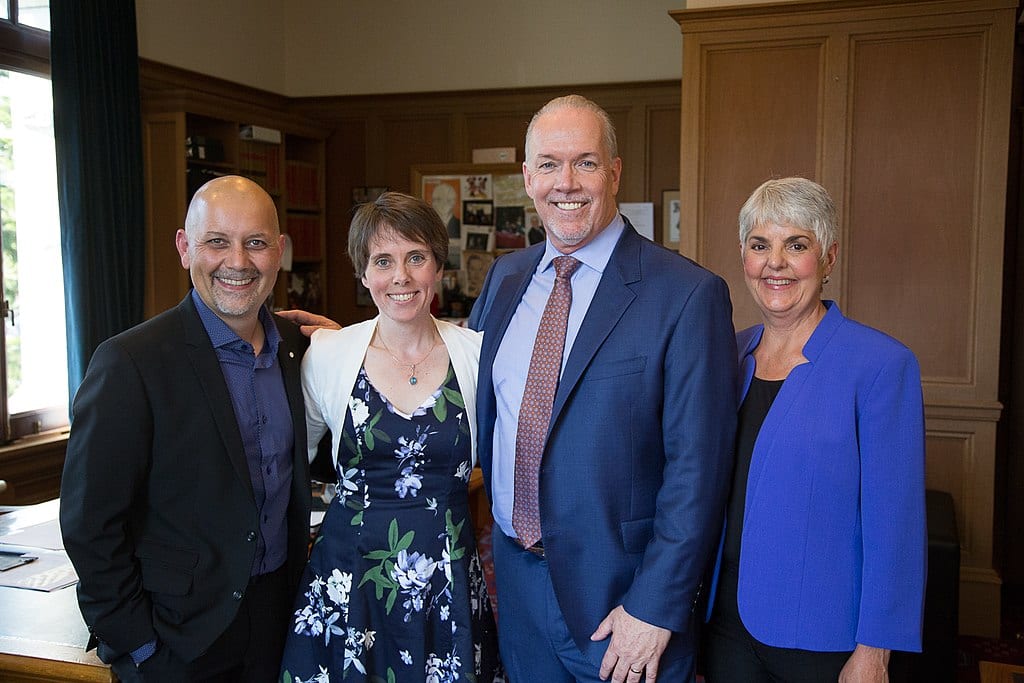 Members of the Victoria Cannabis Buyers Club are calling out the BC Green Party for not taking a stance on cannabis, saying that the party’s leader — who has immediate family ties to staff at the club — has offered support in personal conversations, but hasn’t followed up with any concrete action.

Club president Ted Smith says the lack of pot policy weakens the BC Greens’ chances of competing with its progressive BC NDP rivals, which made several promises to the cannabis industry ahead of a snap election held last October.

“There are so many intricacies that if they want to be the opposition or the party in control, they need to have policies on [weed],” VCBC president Ted Smith said in a video call.

To expand its reach to a larger voter base in recent years, the traditionally pro-environment party has expanded its platform to cover a wider range of policy.

“Well here’s an environmental, an economic and a medical one, that speaks to the core of what the Green Party should be,” Smith says.

The BC Green Party should also be pressuring the NDP’s provincial government to make the announced programs happen, he explains, “Because it is for small farmers, for small businesses, for people that are trying to build community with this new economy.” 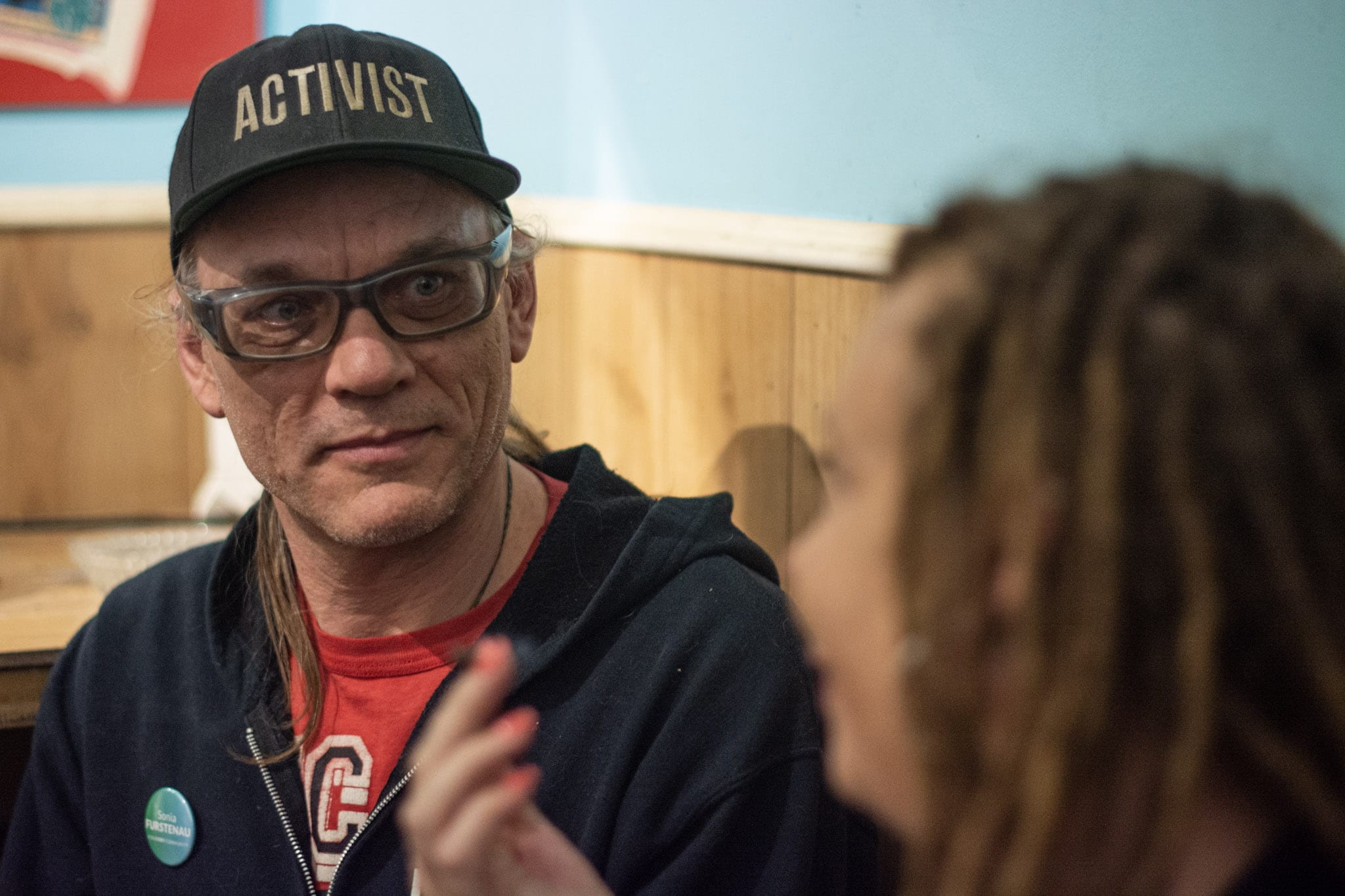 Two of the BC NDP’s programs set to launch in 2022 involve allowing sales at production sites and permitting small-scale producers to sell directly to retailers. A third program, which is supposed to launch this year, would promote Indigenous producers by highlighting their products in retail stores.

“We’re a small growing party working to scale up our capacity so that we can expand the breadth of our policies and we weren’t able to include cannabis in our 2020 platform due to the surprise snap election called by the BC NDP,” BC Greens spokesperson Madeline Gareau tells Mugglehead in an email.

The BC Greens were previously members of a minority government alongside the BC NDP, Gareau adds, and former BC Green leader Andrew Weaver and current MLA Adam Olsen have advocated for the craft cannabis industry in legislative capacities in the past.

“For this specific case with the Victoria Cannabis Buyers Club, the BC Green Party is supportive of ensuring people have access to cannabis for medical purposes,” continues Gareau, adding the party looks to expand its policy to include cannabis in its 2024 platform.

In an unfortunate twist for the club’s advocacy efforts, it could be that BC Greens leader Sonia Furstenau’s immediate family ties to club staff are preventing her from taking a stance, fearing that showing support would be perceived as a conflict of interest.

“It seems like it is more important to be politically correct than to do the right thing,” Smith notes.

VCBC communications officer, and Furstenau’s niece, Nikki Jackson credits the club with saving her life after her mother brought her there to access medical cannabis nine years ago.

“I almost died from digestive issues when I was 19,” Jackson says. “I was on over 15 different pharmaceuticals till my mother brought me [to the VCBC].” Her mother, VCBC treasurer Julie Furstenau is BC Green’s leader Furstenau’s sister.

Jackson says she’s had conversations with her aunt about the club and its importance, but they only amount to verbal support.

“There have been conversations that [Furstenau] had with Farnworth, for example, that have gone nowhere and we’ve got nothing from,” she says.

She doesn’t expect the party to change the world, Jackson adds, but wants them to recognize the positive impact of the club.

“This club saved my life. I would have died without it and my mother is in the same boat.” 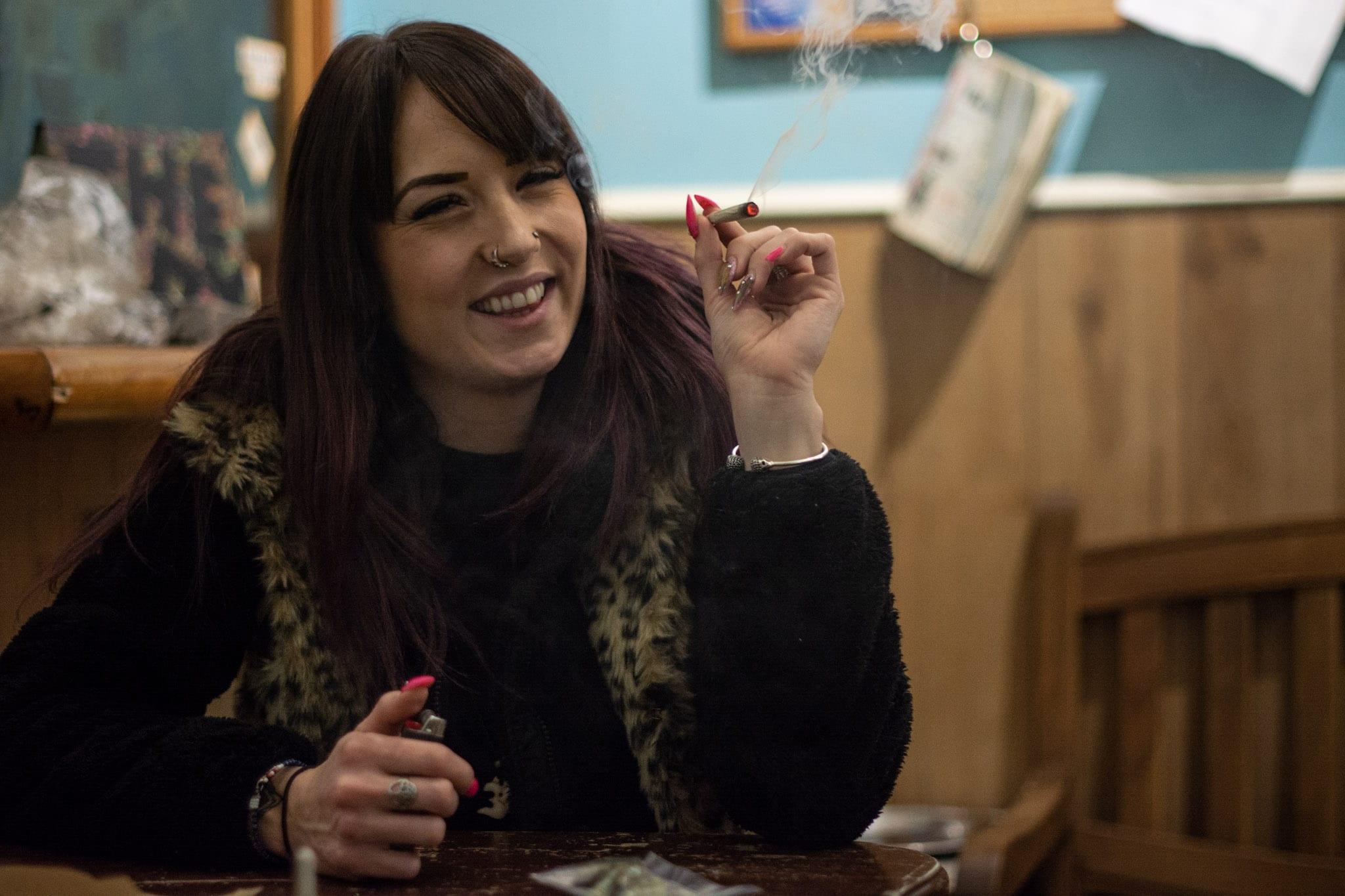 VCBC communications officer Nikki Jackson, who says the club saved her life, was hoping for more support from her aunt, BC Green Party leader Sonia Furstenau. Photo by Nick Laba

Smith says they sought Furstenau’s support as soon as they learned of her appointment as party leader.

“But we just get this lip service: ‘We agree with you, but we are not going to do or say anything about it,'” he explains.

The green party should be standing up in the B.C. legislature, he says, and decrying how provincial authorities are trying to evict a compassion club in the middle of an opioid crisis and a pandemic.

The VCBC has been operating since 1996, and recently applied for an exemption from Health Canada to allow them to operate legally. However, Smith expects fines to come to his landlord anytime now, which the club has agreed to pay.

He also expects more punitive measures from the Community Safety Unit (CSU), B.C.’s cannabis enforcement squad which has raided the club twice since November 2019 and is leading the eviction effort.

“It wasn’t a surprise, though, because the CSU doesn’t buy it in terms of our arguments that we are medical,” Smith says.

In contrast to his provincial peers, Nanaimo-Ladysmith MP Paul Manly of the federal Green Party wrote a letter of support for the club last October.

“Over the past 25 years the VCBC has been raided seven times by law enforcement, each time losing tens of thousands of dollars worth of medical cannabis products as well as money,” it reads.

“The current model for access to medical cannabis does not work for everyone. I believe there is a good case to be made for the VCBC to be given an exemption from the regulations, in order for it to continue serving patients in need with a not-for-profit model based on service and compassion.”

Last year, safety minister Farnworth wrote to Victoria’s mayor — who had previously given her own support for an exemption — saying he too supported an exemption for the club to continue operating under Canada’s cannabis laws.

This week, Smith had a meeting with B.C. Indigenous Relations and Reconciliation Minister Murray Rankin, and is currently trying to arrange a meeting with Premier John Horgan.