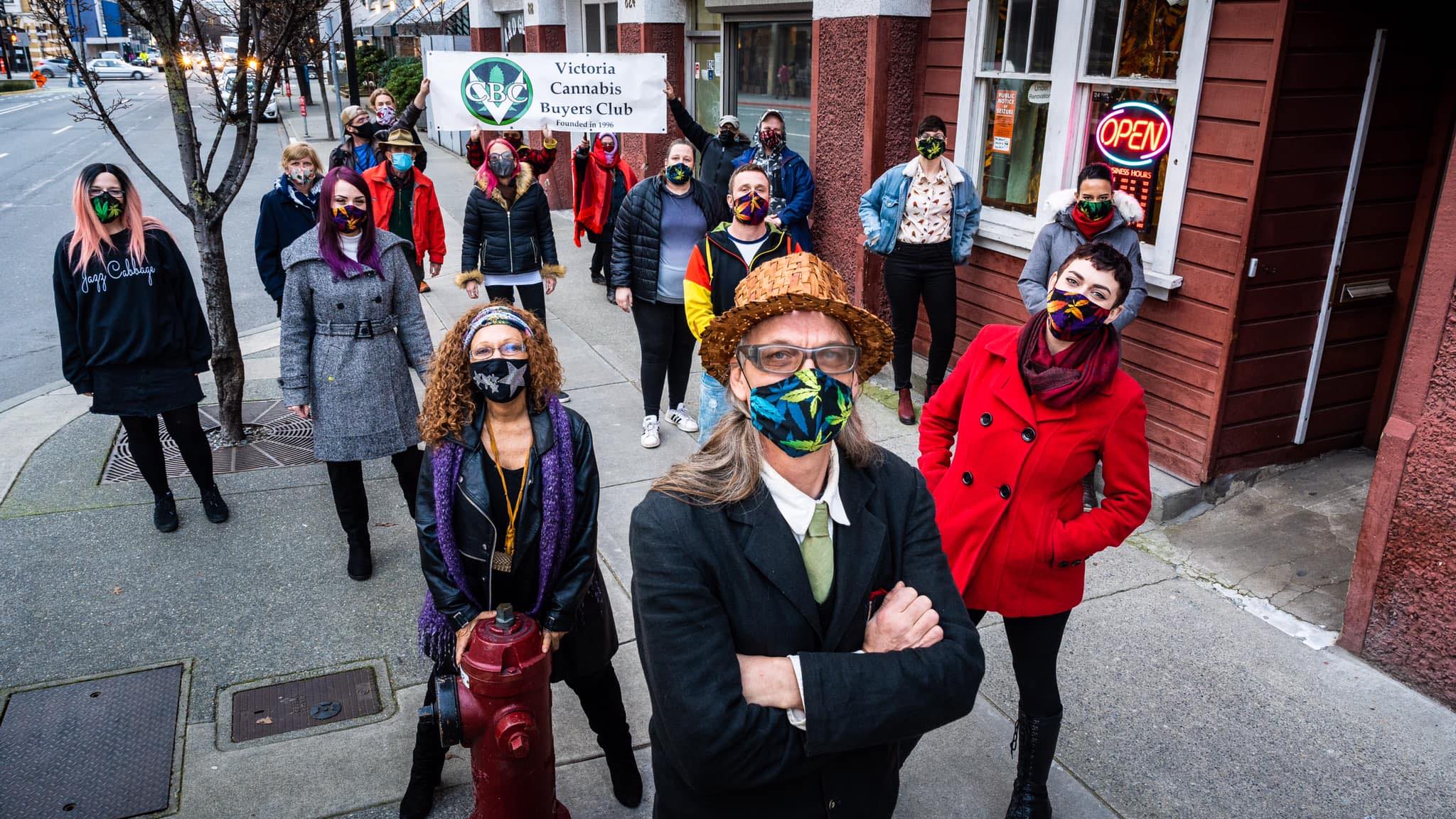 Canada’s longest running compassion club has steered clear of an impending eviction, as it renews its legal action and the lease at its original 826 Johnson Street location for three more years.

In a response to an existential threat from British Columbia’s provincial pot squad, the Victoria Cannabis Buyers Club is arguing its medical cannabis business is under federal jurisdiction and the community safety unit must halt enforcement against the club until its exemption file is resolved with Health Canada.

Based on this argument, JFK Law Corporation — the law firm representing the club — came to an agreement with the VCBC’s landlord Skipper Properties Ltd. to extend the club’s lease after the firm sent letters to officials arguing against the legitimacy of eviction.

The club argues that the federal government is the one making a decision regarding its exemption from the Cannabis Act, as medical weed falls under the jurisdiction of Health Canada and not the province. The Community Safety Unit (CSU), tasked with cannabis compliance under the Ministry of Public Safety, threatened the landlord last month with fines up to $50,000 and jail time if the club’s lease was renewed.

“We are trying to tell the community safety unit that we are outside of their jurisdiction, that we are applying for a Health Canada exemption for medical purposes and that they should stop any further punitive actions against us pending the results of our negotiations with Health Canada,” VCBC founder Ted Smith told Mugglehead in a phone call.

The club has written a letter to the CSU asking it to halt any further actions against it until it gets a response from government. The same explanation was sent to the landlord’s legal team to convince them to let the club stay.

“The landlord’s lawyer has agreed that the arguments we have are reasonable enough for them to continue leasing the property hopefully without fear of the CSU coming after us or the landlord,” Smith explains. “And if we do, in the new lease we have accepted the responsibility for any fines that the landlord may face if the CSU does decide to go that route.”

VCBC applying for ‘broad’ exemption to operate during negotiation process

The exemption the VCBC is asking for is a pretty broad one, Smith says, which would allow the club to continue uninterrupted while starting negotiations with Health Canada to work toward full compliance in all the areas it can.

“And then try to change the laws in areas that we wont be able to comply with,” he continues. “There is a host of different laws that don’t fit with what we are doing, some of them we can compromise on and some of them we just simply can’t and they will have to be changed. Like the limits on THC — there is no compromise in there.”

Smith is referring to restrictions such as the limit on edibles to 10 milligrams of THC per unit. In order to serve patients the amounts it deems necessary for treatment at a cost clients can afford, the club won’t compromise on its ability to offer products with much higher THC concentrations than the law currently allows.

The club is calling for letters of support from anyone wanting to help to be sent to the Times Colonist, Victoria’s longest-running daily newspaper.

“We need to flood the Times Colonist with letters to ensure the depth of our support in town is clear to the editorial department and hopefully, if they print several letters of support, it will reach the politicians as well, ” the VCBC wrote in a statement.

The club says it expects a backlash from the BC Public Safety Minister Mike Farnworth, unless its collective lobbying efforts and legal arguments convince him and the CSU to back off.

“Whether it is in the form of another raid or fine or some other punitive measure, there will likely be a negative reaction within the bureaucracy at the very least.”

The VCBC says its legal team is finalizing the last details, but will be sending its exemption application to Health Canada this week.

Top image via the VCBC