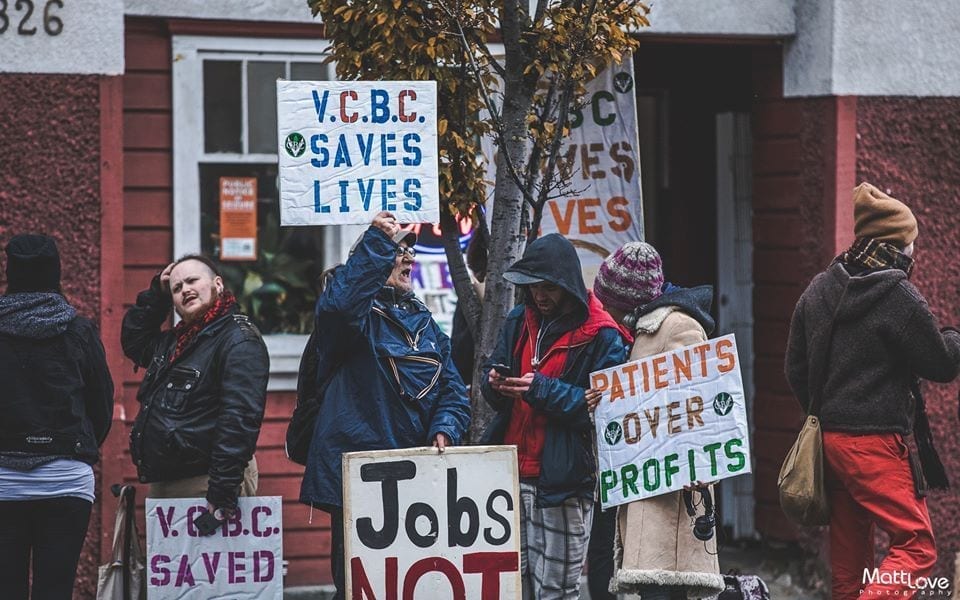 The Victoria Cannabis Buyers Club and its director have been slapped with a $6.5-million penalty, and are preparing to mount a years-long constitutional challenge as a result.

On Jan. 24, B.C.’s Community Safety Unit Jamie Lipp sent a notice to the VCBC, threatening an administrative monetary penalty of $3.2 million and another $3.2 million to the club director Ted Smith, related to the amount of illicit cannabis that was confiscated from the club during previous raids.

On a Friday phone call, club director Ted Smith tells Mugglehead they didn’t expect the fine to be that big. “But honestly, it didn’t matter if it was $1 million or $20 million. The bigger the number, the more ridiculous they look.”

Smith says the he’s filing a constitutional challenge against federal regulator Health Canada, based on THC-limits currently placed on cannabis products, and the ban on medical cannabis storefronts.

The club will also file an injunction to avoid further punitive measures until the full constitutional hearing is held. Smith hopes this will buy them the time they need to fight in court for a couple years.

“And hopefully by the time we get to court, whether we win or not, the rules will be adequate enough for us to make an attempt to transition [to a sanctioned business model].”

A restructuring of the VCBC’s legal team is underway, with the recent addition of lawyer and cannabis advocate Kirk Tousaw, who’s also CEO of B.C.-based licensed producer Great Gardener Farms.

“The fact that this portfolio is still held by the B.C. Solicitor General tells you how little our B.C. government has really tried to do to help this industry,” Smith adds. “It’s run by the police.”

In response to the notice, the club started a GoFundMe campaign to assist in paying legal expenses, but it was shut down on Thursday for it’s relation to prohibited conduct.

In an email to Mugglehead, a Public Safety Ministry spokesperson says the CSU has been increasing enforcement, and following through with notices of monetary penalties resulting from previous actions against unlicensed cannabis stores that continue to operate.

“It’s unfortunate that we have had to take these steps, however, unlicensed retailers are operating illegally and there are consequences.”

The notice sent to the club mentions the raids at its Johnson Street location in May and November of 2019, and in July 2020. The fine amount was based on the retail value of cannabis seized in the raids, totalling around $1.6 million.

But according to section 112 of B.C.’s Cannabis Control and Licensing Act (CCLA), the time limit to begin prosecution of an offence is one year. Last summer, the club celebrated what they thought was a small victory when the statutory period has passed.

But according to cannabis lawyer Trina Fraser, in this case it appears the CSU director’s decision to impose an administrative monetary penalty (AMP) — as opposed to prosecution of an offence — means that it’s not subject to that limitation period.

“Generally speaking, the purpose of an AMP is not to punish the wrong-doer (as with prosecution), but to encourage compliance with the legislative scheme,” she explains.

In December, the CSU publicly listed five notices for unlicensed pot shops, with penalties ranging from more than $12,000 to nearly $800,000.

The CSU is responsible for provincial cannabis compliance and enforcement, operating under the Policing and Security Branch of the Ministry of Public Safety.

In 2020, Public Safety Minister Minister Mike Farnworth sent a letter supporting an exemption for the VCBC to operate under Canada’s cannabis laws, which it currently contravenes. Victoria city council has also expressed support for such an exemption.