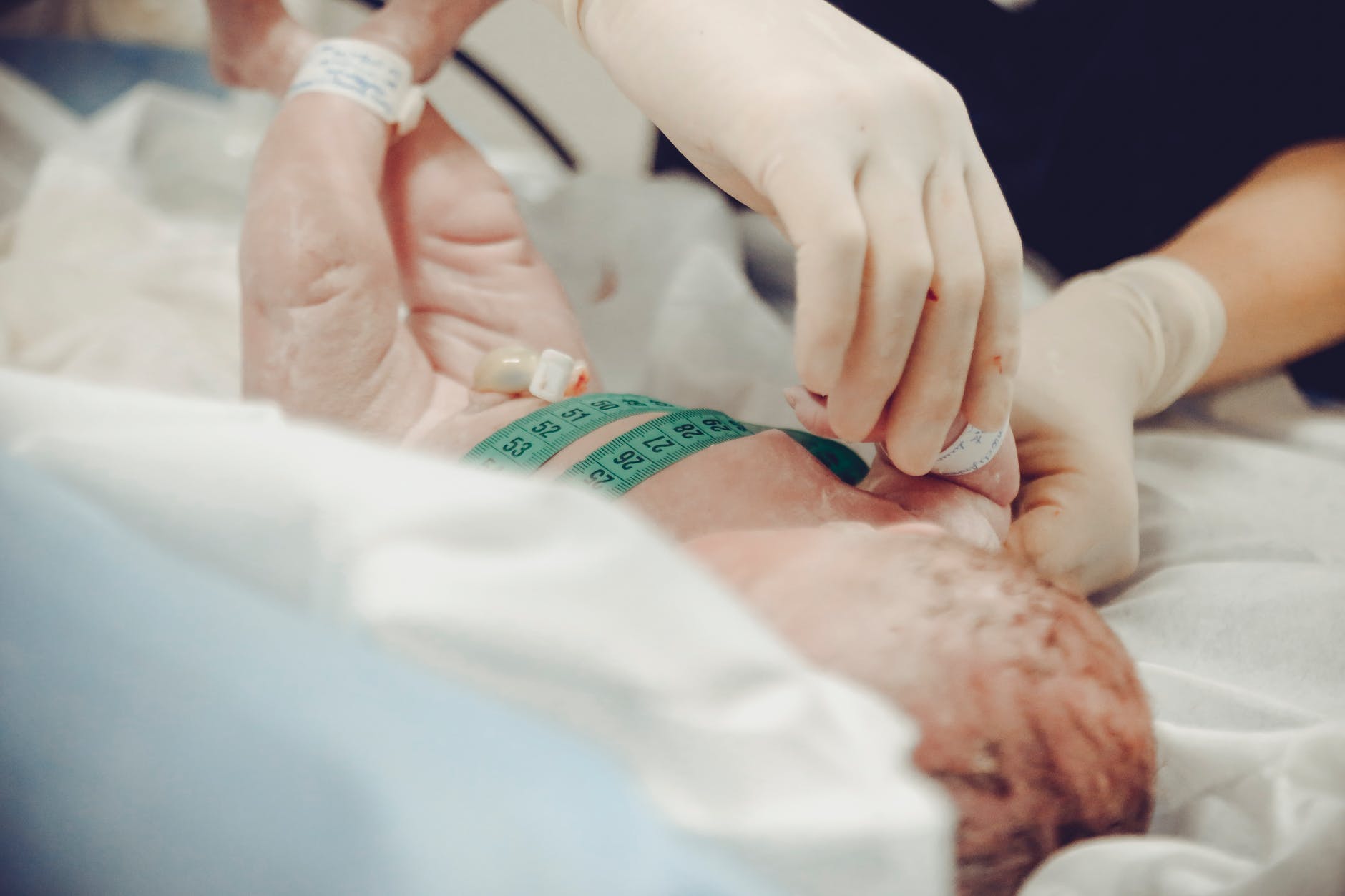 Cannabis use during pregnancy has been linked to low birth weight. Photo via Pexels

Using cannabis while pregnant significantly increases the risk of some adverse effects for newborns compared to pregnancies without exposure to cannabis, according to researchers who conducted an analysis of published studies.

Published online Thursday in the Journal of the American Medical Association, the study assesses data from 16 other studies to determine the risks linked to cannabis use during pregnancy.

While other studies have shown negative outcomes for newborns in connection with cannabis use during pregnancy, including low birth weight, preterm birth, stillbirth and maternal hypertensive disorders, results haven’t been consistent.

But researchers say this review found that cannabis exposure during pregnancy lead to significantly adverse consequences. “These findings suggest that increasing awareness about these risks may be associated with improved outcomes.”

In total, the study used data from nearly 60,000 participants who either consumed cannabis or didn’t during pregnancy, and had negative neonatal outcomes. 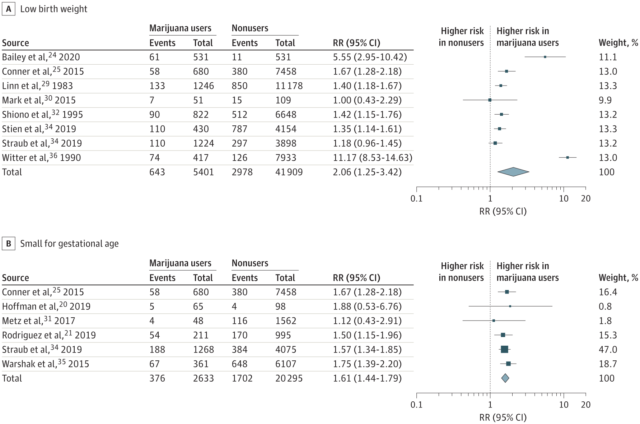 The review compiles risk levels for cannabis use during pregnancy from previous research. Graphic via ‘Birth Outcomes of Neonates Exposed to Marijuana in Utero: A Systematic Review and Meta-analysis’

According to the study, cannabinoid receptors are detected in very early embryonic development, and the endocannabinoid system appears to have important roles during these early stages associated with neuronal development and cell survival.

“These assumptions suggest the hypothesis that fetal exposure to cannabis could be associated with abnormalities in fetal growth and changes in birth outcomes, although no study has found a direct link to date. Other studies have also proposed that a different mechanism of action, cannabis association with regulation of glucose and insulin, could also act as a teratogen associated with fetal growth.”

Researchers note the study is limited to data from previous cohort studies to draw conclusions, and it relies on patient honesty to disclose cannabis use during pregnancy.

Also, none of the studies differentiate the levels of cannabis use, at times grouping daily users with those who experimented during pregnancy. Nor did they distinguish smoking pot compared to other ways of consumption.

“We recommend future research to evaluate the maternal outcomes and neonatal outcomes associated with marijuana exposure. Moreover, we recommend assessing the association between marijuana use and other confounders, such as smoking,” the researchers conclude.

Recently, another study found that pregnant and lactating people who use cannabis often do so to manage symptoms of pregnancy and pre-existing conditions, and their reasons to consume are dynamic through reproductive stages.

According to that study, the benefits participants reported, particularly in treating severe nausea, promote the value of future research into the efficacy of cannabis in relieving symptoms that aren’t responding to other medical therapy.

In this article:cannabis use, JAMA, neonatal, newborn, pregnancy