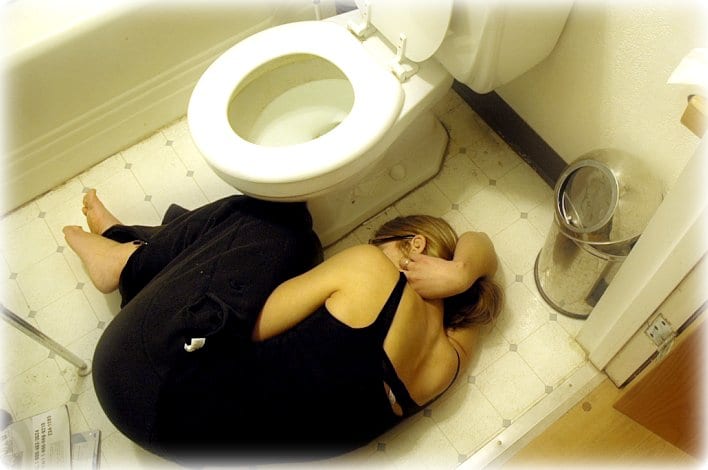 In the first study to track cannabis use in pregnant women over time, high-THC weed reduced related symptoms of severe nausea and vomiting.

A recent but limited study conducted by medical researchers in Israel and published in the Journal of Cannabis Research, shows that cannabis was effective in supporting the treatment of hyperemesis gravidarum (HG). The condition affects 1 to 2 per cent of pregnancies and is characterized by extreme nausea and vomiting, as well as weight loss and electrolyte imbalance.

According to the paper, four pregnant women suffering from HG reported that smoking high-THC cannabis dramatically reduced their nausea and uncontrolled vomiting.

“Most women experiencing HG need hospitalization for rehydration and nutritional support. Cannabis has been known to possess antiemetic effects and there are several medicinal cannabinoids used as anti-emetics for cancer chemotherapy,” the study reads.

All of the women found that having two to three puffs of high-THC weed was helpful in reducing symptoms and reported an improvement in overall quality of life.

All four babies were born healthy.

Three of the four children had evidence of growth restriction, which the researchers say is a typical outcome of the HG-induced severe calorie and protein restriction, in conjunction with numerous missing micronutrients. All four children appeared to develop normally although no formal testing was performed and no control group was available.

Researchers emphasize that more studies should be conducted to address the fetal safety of cannabis when balanced against the risks of undertreated severe morning sickness.

During the study, four women with a history of HG — one of which is a physician herself — smoked 1–2 grams of 20-per-cent THC cannabis per day.

One of the women, who had been hospitalized three times due to severe nausea, showed a dramatic improvement with significantly less nausea, improved appetite and a decrease in depression.

“Prior to cannabis she had lost 3 kilograms of body weight, but with cannabis she resumed weight gain,” the authors say.

Another woman, who was consistently hospitalized because of her extreme nausea and inability to eat, reported her quality of life more than tripled after the treatment and didn’t return to hospital for the remainder of her pregnancy.

The study notes excessive vomiting can cause dehydration, and deprive the fetus of essential nutrients.

Another woman reported that cannabis controlled her vomiting but she was still nauseous. She still continued to smoke weed throughout her pregnancy and gained back 7 kilograms of lost weight.

Previous research shows that women have been using cannabis to treat pregnancy-related nausea, especially women who are cannabis patients. A study in 2006 showed that out of 79 pregnant medical cannabis users in British Columbia, Canada, 65 per cent reported using weed during their pregnancies. Over 92 per cent of them said it was “effective” or “extremely effective.”

According to another study, 2.6 per cent of Hawaiian women used marijuana during pregnancy between 2009 and 2011. Women experiencing severe nausea during pregnancy were significantly more likely to report cannabis use.