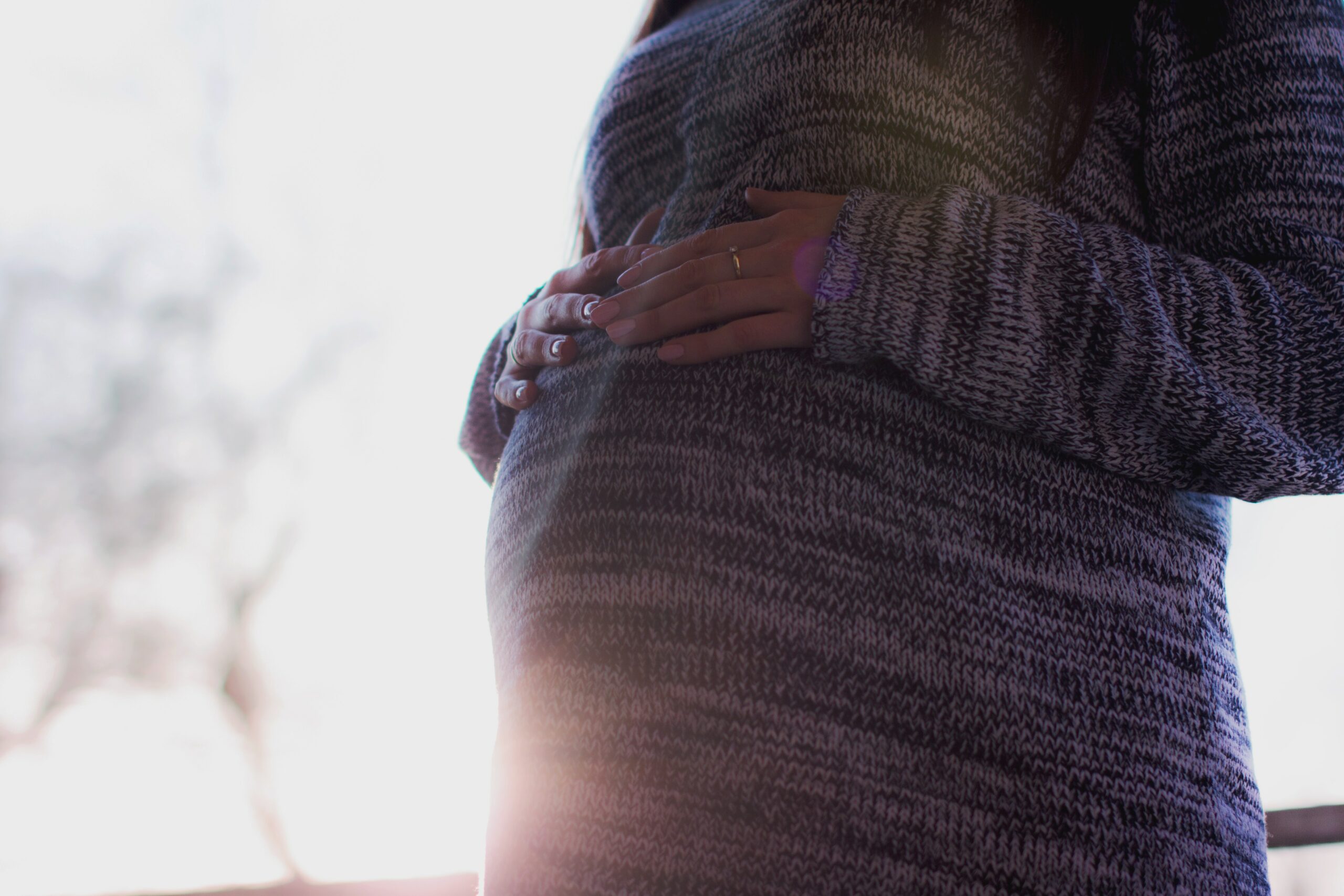 Pregnant and lactating people who use cannabis often do so to manage symptoms, and their reasons for consuming cannabis are dynamic through reproductive stages, according to new a study.

Published Monday in the Canadian Medical Association Journal, the study dives into why pregnant and lactating people are using cannabis, as researchers say cannabis use among this group is increasing, despite some clinical evidence showing cannabis use may be linked to low birth weight and childhood development deficits.

Researchers found that motivations for cannabis use changed across perinatal stages, with some stopping cannabis use altogether while others continued to manage pregnancy symptoms or pre-existing conditions.

“Our findings have very little resonance with evidence on motivations for cannabis use identified in nonpregnant populations, suggesting that motivations for use during pregnancy and lactation are unique,” researcher Meredith Vanstone says in a statement.

“The reasons for use provided by our participants more closely match those identified in studies of medical cannabis use, such as for controlling pain, anxiety, depression, muscle spasms, nausea or appetite, and for sleep, with many using cannabis to manage multiple symptoms.”

Without high-quality evidence to guide practice and potential harms, researchers say most clinical guidelines will recommend abstinence from cannabis during pregnancy and lactation.

Fifty-two Canadians participated in virtual or phone interviews for the study. All participants had been pregnant or lactating within the past year and had continued, stopped or lowered their cannabis consumption during the perinatal period. At the time of the interview, 30 participants were pregnant and the rest were breastfeeding.

Overall, individual reasons to use cannabis were dynamic between reproductive stages, even among participants who used cannabis to manage symptoms of chronic conditions. 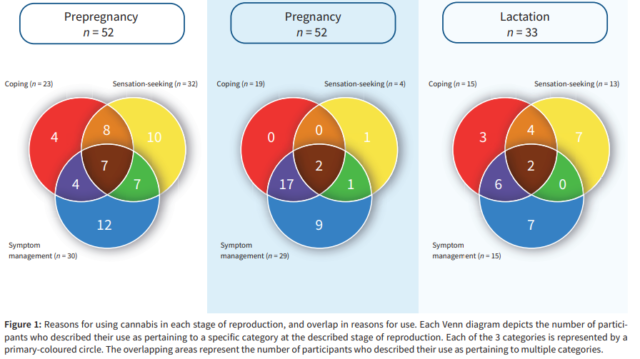 Graphic via ‘Reasons for cannabis use during pregnancy and lactation: a qualitative study’

Researchers found that most of those who used cannabis during pregnancy did so to manage symptoms of pregnancy and pre-existing conditions.

“I couldn’t keep anything down, including water and my own saliva, so I started using cannabis. It essentially kept me alive for half my pregnancy, if not more,” one participant said.

Another participant said, “I’ve gone from 15 pills a day and no cannabis to three pills a day and cannabis and I’m able to focus and be there for my kids and be attentive and help them cope with their own emotions because I’m not numb.”

Some participants stopped using cannabis out of fear of potential harm to the fetus, while others stopped because of social stigma, guilt and health reasons.

Recreational use was the most common reason for cannabis use prior to pregnancy, and a similar proportion of participants said it was for symptom management.

During lactation, participants’ motivation for using cannabis was similar to their use before pregnancy, including for enjoyment and relaxation, as well as coping with the physicality, stress and monotony of parenting a newborn.

Many participants compared their recreational cannabis use to alcohol, as a way to unwind at the end of the day.

According to the study, a small number of participants stopped lactating to use cannabis again.

“I think it’s important for physicians to understand that people who use cannabis during pregnancy are often doing so because they perceive important benefits of cannabis for controlling a variety of symptoms,” Vanstone says. “There’s an opportunity here for exploring the benefits that pregnant patients are getting from cannabis and helping them find alternatives that we know are safe for both mom and baby.”

The benefits participants reported, particularly in treating severe nausea, suggest the value of future research into the efficacy of cannabis in relieving symptoms that aren’t responding to medical therapy, researchers say.

“This is an important gap in the literature about this understudied population,” they add.