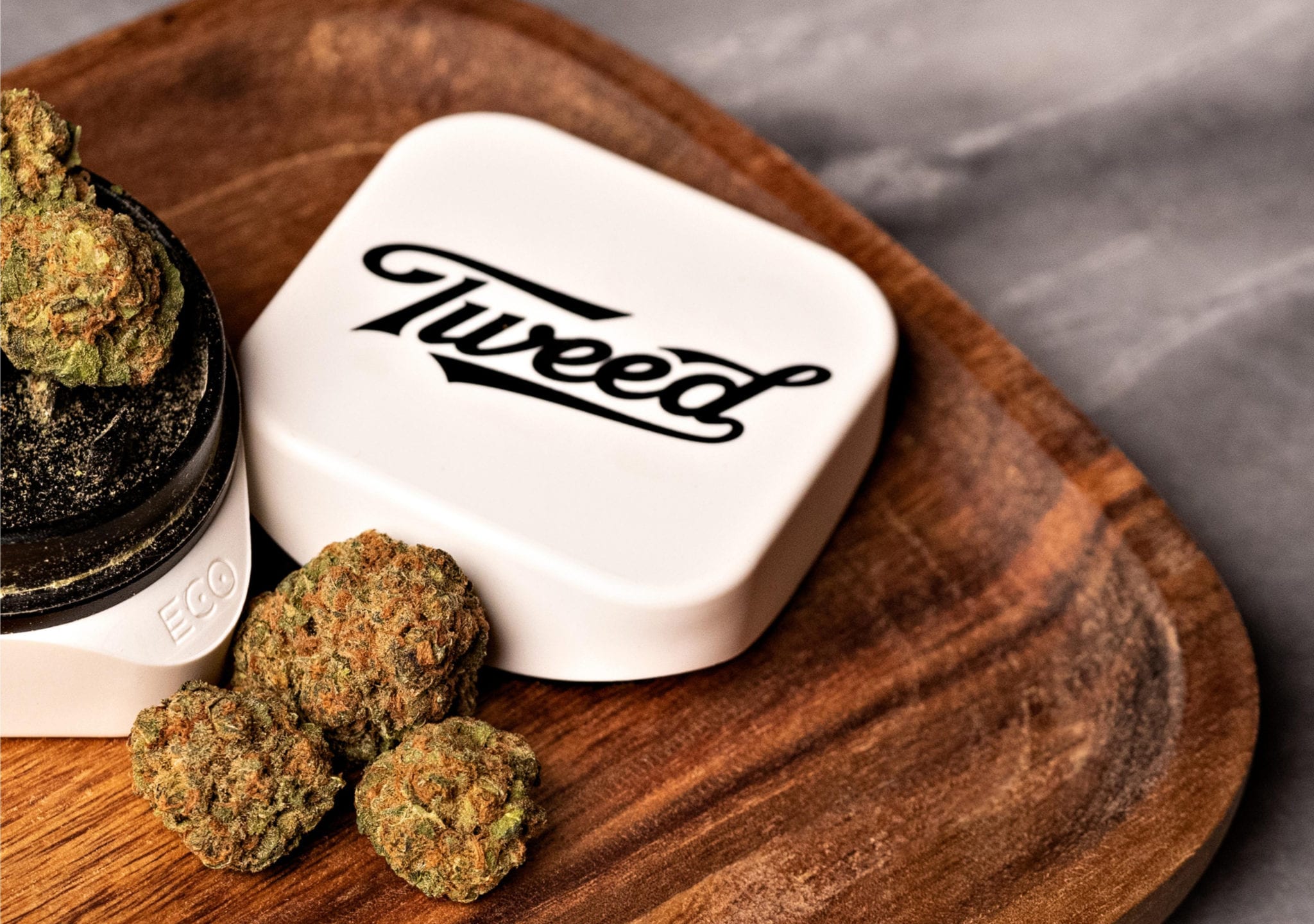 Twenty months into cannabis legalization and the majority of Canadian consumers are still unaware of most legal weed brands on the market, according to a new study.

Researchers at Chicago-based Brightfield Group surveyed 3,000 Canadian cannabis users in the first quarter and found that no brand had more than 41 per cent recognition. 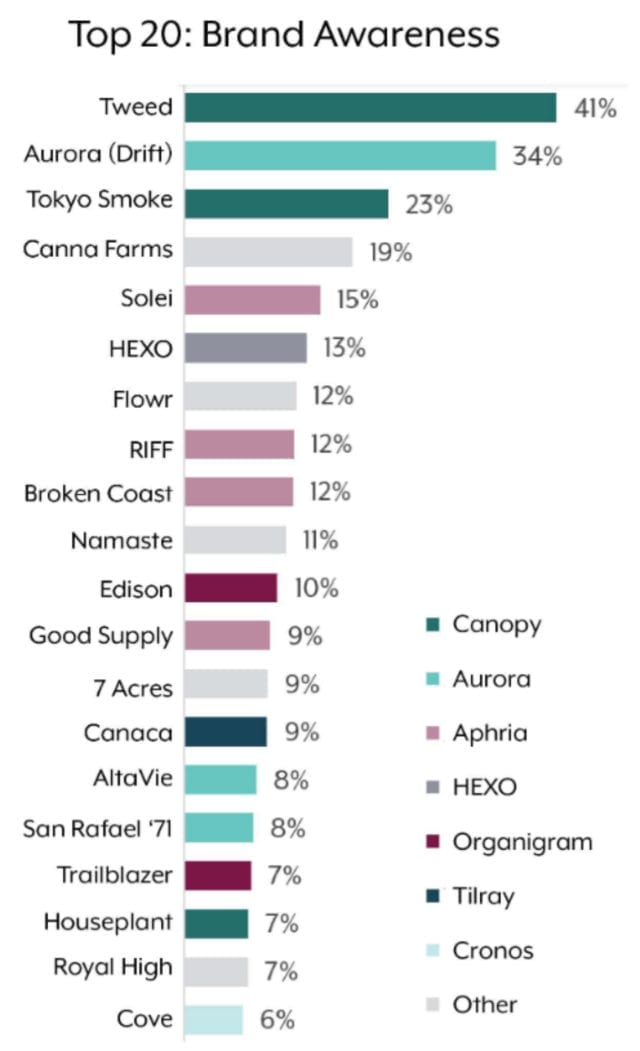 The study showed that the vast majority of the top-20 brands in Canada were only recognized 1—15 per cent of the time despite millions of dollars being spent by high-profile cannabis companies.

Industry giants Canopy Growth (TSX: WEED) and Aurora Cannabis (TSX: ACB) claimed the three top spots for brand awareness. Canopy’s Tweed and Tokyo Smoke brands were recognized 41 per cent and 23 per cent of the time, respectively, while Aurora Drift was identified by 34 per cent.

Brightfield noted how consumers are flooded with options with more than 300 licensed producers now vying for market share in Canada.

“When product options increase and brand awareness remains low, consumers get confused,” reads the report. “They can get decision fatigue when they do not see a product that aligns with their complex repurchasing decisions.”

In a cluttered market that lacks differentiation, consumers choose based on price instead of by brand name, packaging, or the glowing review from a friend, the study said.

Last month, Canopy executives noted in a fourth-quarter earnings call that bulk value brands now hold 20 per cent market share, up from 6 per cent at the end of last year.

The company admitted it “missed opportunities” in the category and said it was dropping one-third of its entire brand portfolio to focus more on getting their low-cost Tweed brand into more consumers’ hands.

More than a dozen of the largest producers have also introduced value brands as the industry downsizes and cuts costs to compete with a more nimble illicit market.

According to Statistics Canada, only 29 per cent of consumers buy all their cannabis from legal sources. Meanwhile, the agency’s data shows legal sales are on pace to reach $2 billion this year of the estimated $6 billion Canadians spend in total on weed annually.

Brightfield’s report noted there is still time for companies to build brand awareness with consumers. 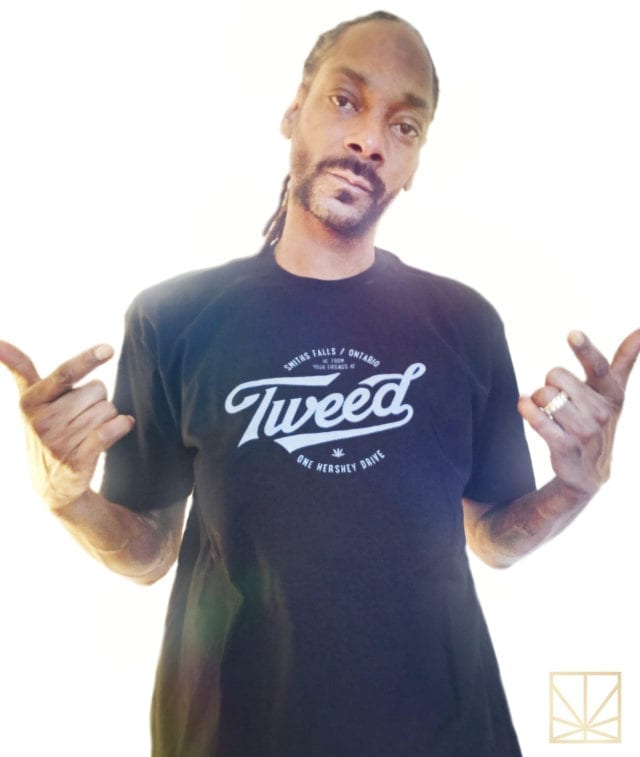 Snoop Dogg partnered with Tweed in 2016, but the famous toker remains largely on the sidelines due to Health Canada’s strict marketing rules. Press photo

While Canopy has developed partnerships with major celebrities like Snoop Dogg, Seth Rogen, Drake and Martha Stewart, the company is not allowed to directly tie them with their branding efforts.

Organigram (TSX: OGI) found this out the hard way last week, as the producer had to pull its Trailer Park Buds product off shelves because it contained brand elements too close to the 2000s hit TV series the Trailer Park Boys.

Health Canada told Mugglehead it reviewed the brand and ruled that it violated certain sections in the Cannabis Act. The agency said the product broke rules on “promotions and packaging and labelling that appeal to youth, that use testimonials, endorsements and depictions of real or fictional persons, characters, or animals, or that present a product or brand in a manner that associates it with a particular way of life.”

Due to those restrictions, Brightfield said companies should focus more on the products themselves to woo consumers.

Gummies, vapes, infused drinks, and other innovative cannabis 2.0 products can not only hook new users but sustain the interest of and generate new excitement among core groups of heavy, legacy consumers that drive the market, the report said.

To capture the biggest market Brightfield says companies should develop a wide range of brand strategies from premium 2.0 products to cheap bud.

While many brands are targeted, like the value segment marketed to typical stoners, companies are starting to focus more on new, high-end occasional users, the report said.

The study found that Aphria Inc. (TSX: APHA) and its high-CBD Solei brand, for example, has been successful in scooping up microdoising mammas and newbies.

Brightfield said they are collecting sales and branding data in Canada’s legal market each quarter, which is backed by an independent panel and is balanced on age, gender and geography according to public Canadian population data.