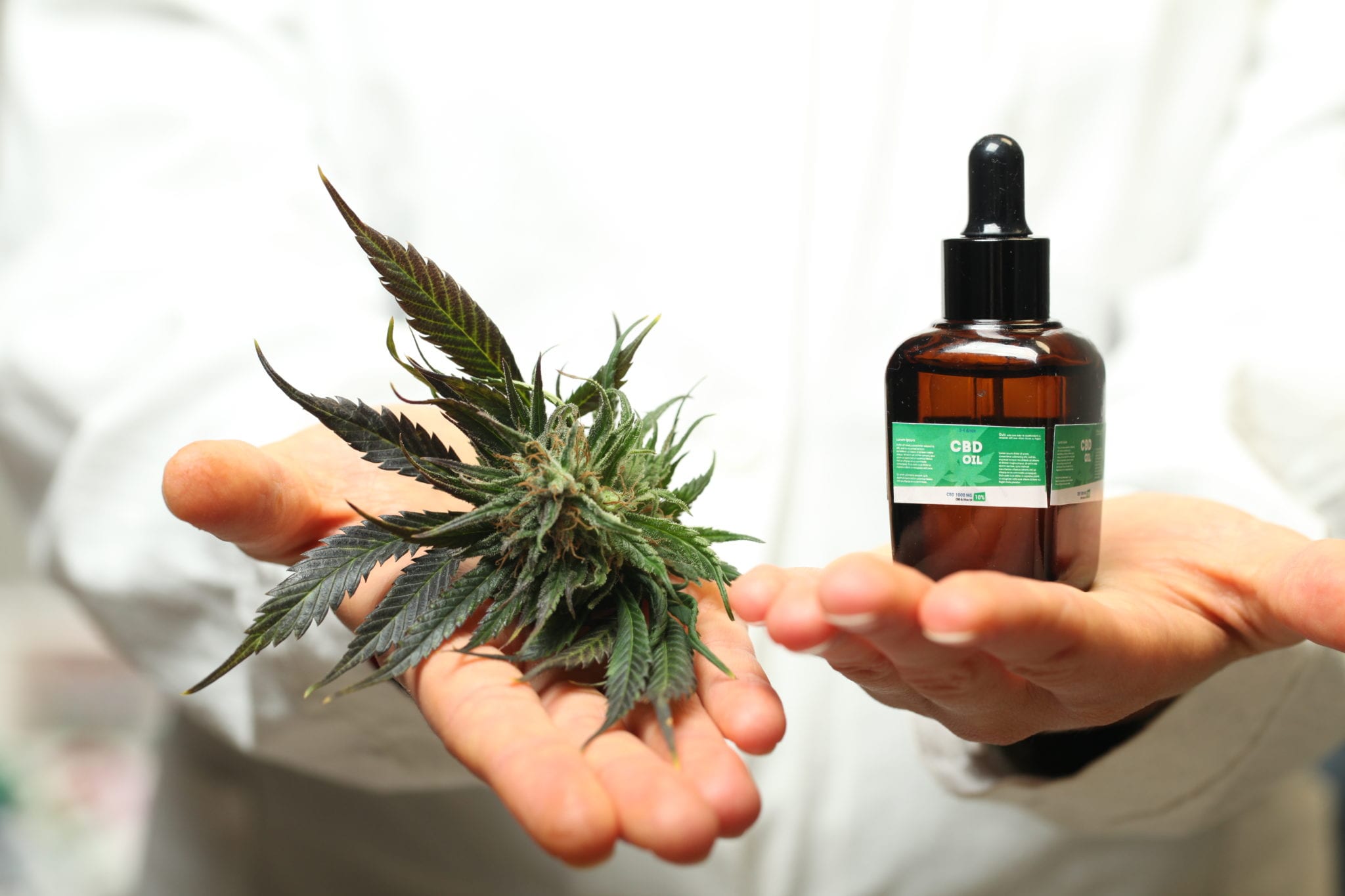 Cannabis-based medicines are effective in treating tics and other symptoms in people suffering from Tourette syndrome.

In a recent review published in the Polish Journal of Neurology and Neurosurgery, researchers gathered and analyzed studies on cannabis easing symptoms of the disease. They found that while there’s still more research to be done, cannabis-based treatments were considered safe and well-tolerated when sticking to the strategy of “start low, go slow.”

Gilles de la Tourette syndrome (GTS) is a neurological disorder, typically diagnosed during childhood, that causes tics or involuntary movements or speech. It’s normally accompanied by other psychiatric conditions like anxiety or depression.

So far, there is no known treatment for the condition.

People who suffer from it are given antipsychotics to ease tics, but such medication hasn’t shown to be fully effective and usually cause unwanted side effects, reads the study review authored by researchers at the University of Warsaw.

“Importantly, we present results regarding therapy of tics as well as psychiatric comorbidities and allude to studies examining the involvement of the endocannabinoid system (ECS) in the pathophysiology of GTS,” the authors explain.

For the study, researchers looked into 22 studies on Tourette syndrome and cannabis-based medicine. Then they organized the studies depending on design, such as systematic reviews of randomized controlled trials, case reports, case series and expert opinion reviews. 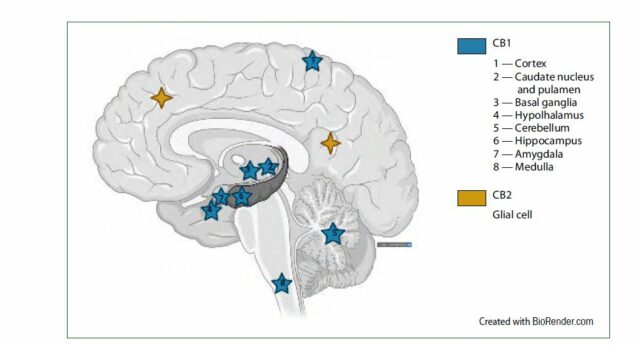 CB1 and CB2 receptors are central components of the endocannabinoid system, which is involved in the regulation of many bodily functions. Image via ‘Cannabis-based medicine in the treatment of patients with Gilles de la Tourette syndrome’

In one retrospective study with 98 patients diagnosed with Tourette syndrome that used cannabis-based medicine, it was found that 66 per cent preferred cannabis flower over other methods such as THC or nabiximol, since it was more effective and tolerated. High-THC strains were more effective.

Nabiximol is a spray with a half-and-half concentration of THC and CBD, and is licensed in most European countries for the treatment of impaired movement that can occur as the result of multiple sclerosis. In a study on the spray, researchers found a 22-per-cent reduction in tics, and patient quality of life improved by 70 per cent.

The authors say that while there’s only limited data on how cannabis-based medicine could affect minors, children severely affected by the condition should consider trying it before accessing more drastic measures like surgical interventions.

The endocannabinoid system plays an integral role in regulating neurotransmitters, and influences the functioning of almost every other system in the body.

Previous neuroimaging studies have found evidence for the involvement of the endocannabinoid system in Tourette syndrome. In 1988, cannabis was reported to ease symptoms of the disease for the first time.