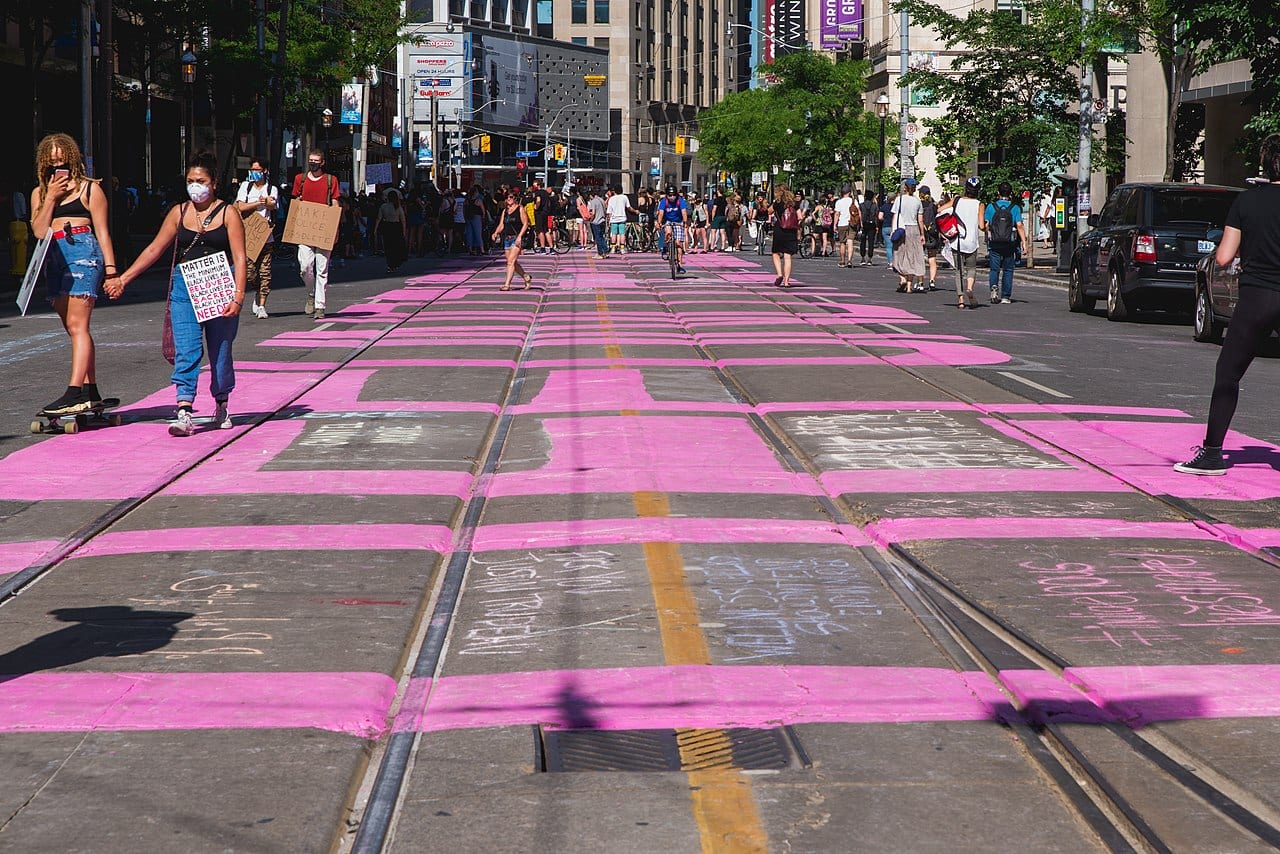 When Canada was changing its laws to sanction a broadening cannabis economy, established business players were able to navigate the high capital requirements and regulatory gymnastics required to profit off the previously prohibited plant — some were even shielded by certain ranks of law enforcement for their own highly illegal activity.

The tens or hundreds of thousands of citizens who have been charged with weed-related offences, a disproportionate number of which are Black, haven’t been able to access equal opportunities in the wealthy white-dominated cannabis space in large part because of the lasting impacts of enforcement.

But a new open letter penned by Cannabis Amnesty research director Akwasi Owusu-Bempah to the federal government sent earlier this week aims to initiate a process that would put the country’s cannabis industry on a fairer track.

Addressed to Prime Minister Justin Trudeau and Health Minister Patty Hajdu, the letter calls for a racial equity impact assessment as part of an upcoming legislated review of the the country’s weed laws. 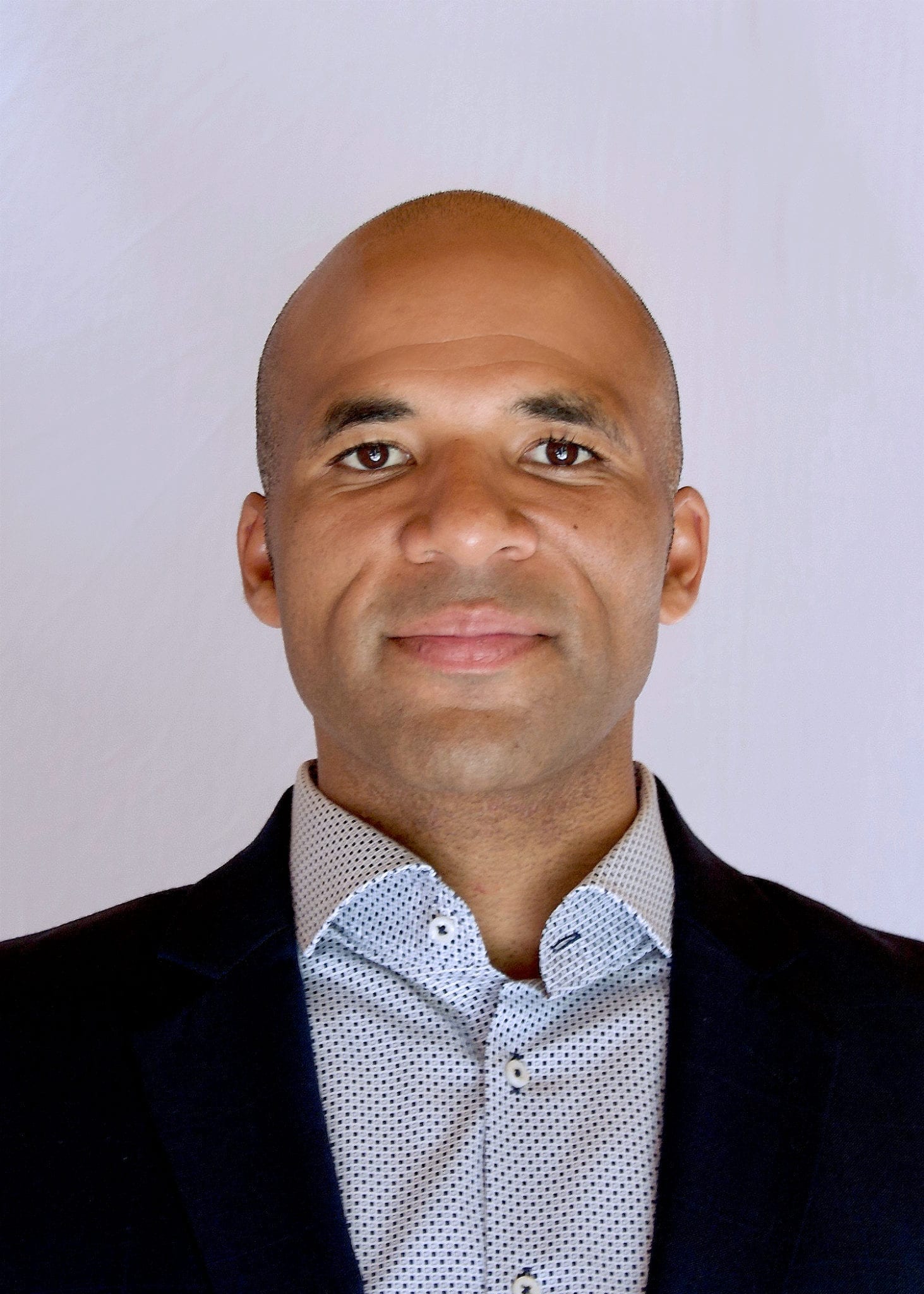 Academic and researcher Owusu-Bempah is calling for Canada to take a hard look at how the country’s drug laws have impacted racialized communities. Submitted photo

“The timing of the letter is right now,” he tells Mugglehead over the phone. Firstly because the federal government is earnestly engaged in a review of the Cannabis Act — contracts with research bodies for this purpose have been signed. Secondly because of the racial justice movement that originated in the U.S. and has since moved north of the border and worldwide.

On Wednesday, Trudeau announced $221 million dollars of funding would go toward’s Canada’s first Black entrepreneurship program in partnership with the country’s financial institutions. In a statement, he noted how Covid-19 has exacerbated existing systemic barriers faced by Black businesspeople, and that much more needs to be done to support Black economic prosperity while combating anti-Black racism.

Owusu-Bempah, an associate professor who teaches criminal justice and race at the University of Toronto, explains what an equity assessment of the Cannabis Act would likely show.

“I think we can be fairly confident that Black, Indigenous and other people of color have been largely excluded or shut out from full benefit from the legal industry,” he says. “It’s not to say that they’re not participating, for example, perhaps on the retail side in some areas, but in terms of properly making their way into the legal industry in terms of ownership.”

Inclusion in the industry, the impact of contact with the criminal justice system and the impact on public health need to be addressed, Owusu-Bempah says.

In order to do that, we need data to be able to gauge those impacts — data, which in Canada has been lacking. For example, in contrast to police in the U.S., Canadian police haven’t historically recorded race-based data, so it’s been up to journalists like Jim Rankin at the Toronto Star to fill the void. However, over the course of the summer local governments and federal institutions have committed to collecting this information.

We’ve got a little bit of information, namely investigative journalism has shown racial differences in rates of arrests, Owusu-Bempah says, “But we have very little in terms of how those cases were disposed of, what happened in court and who might be incarcerated for cannabis-related offences.” 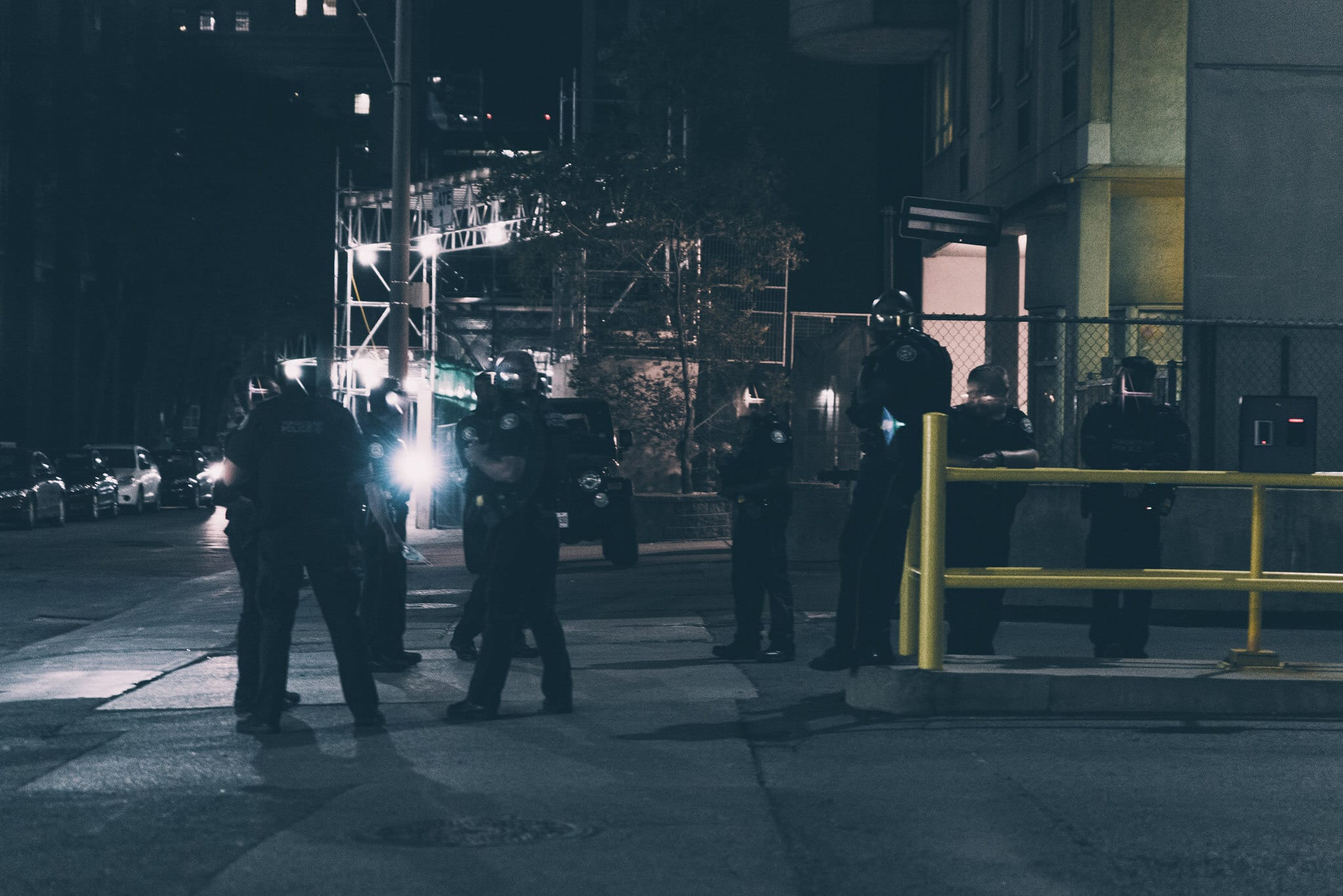 Toronto police arrested three protesters after a demonstration where a statues of John A. Macdonald and Egerton Ryerson were covered in pink paint. Both of the men were proponents of residential schools. Photo by Jason Hargrove via Creative Commons

In contrast, U.S. states keep such granular criminal justice data that they can determine rates of arrest, convictions and incarceration at the community level.

“Then that information forms the basis of how you move forward in terms of the social equity piece,” he says.

Social equity programs have been rolled out in several American states with the goal of righting the harms caused by enforcement of the war on drugs. In Illinois, they use data to determine disproportionately impacted areas as criteria for qualifying applicants. It should be said Illinois’s as well as other states programs have faced wide criticism for rampant delays and reports of corruption — suggesting lessons to be learned.

Because Prime Minister Trudeau has acknowledged prohibition has unfairly targeted Black populations, Owusu-Bempah is optimistic his call could be heard. He encourages others who care about racial justice in the industry to share this information on social media or however they can.

“We can’t disentangle the history of racist drug laws from the unrest that we’re seeing in the streets today,” Owusu-Bempah says, “So if your readers want to understand part of why what happened to George Floyd and we see happening to Black and Indigenous people across this country, we have to understand that the war on drugs has really underpinned aggressive and racialized forms of policing in this country and others.”

In August, a report by the Ontario Human Rights Commission found that Black people are 4.3 times more likely to be charged with a cannabis possession offence despite studies showing that Black people use at similar rates to white people. And although the charge rate for Black people was 3.9 times greater than for white people and 7.1 times greater than for people from other racialized groups, the report — based on Toronto Police Service data from 2013–2017 —  determined Black people were over-represented in cases that resulted in a withdrawal of charges.