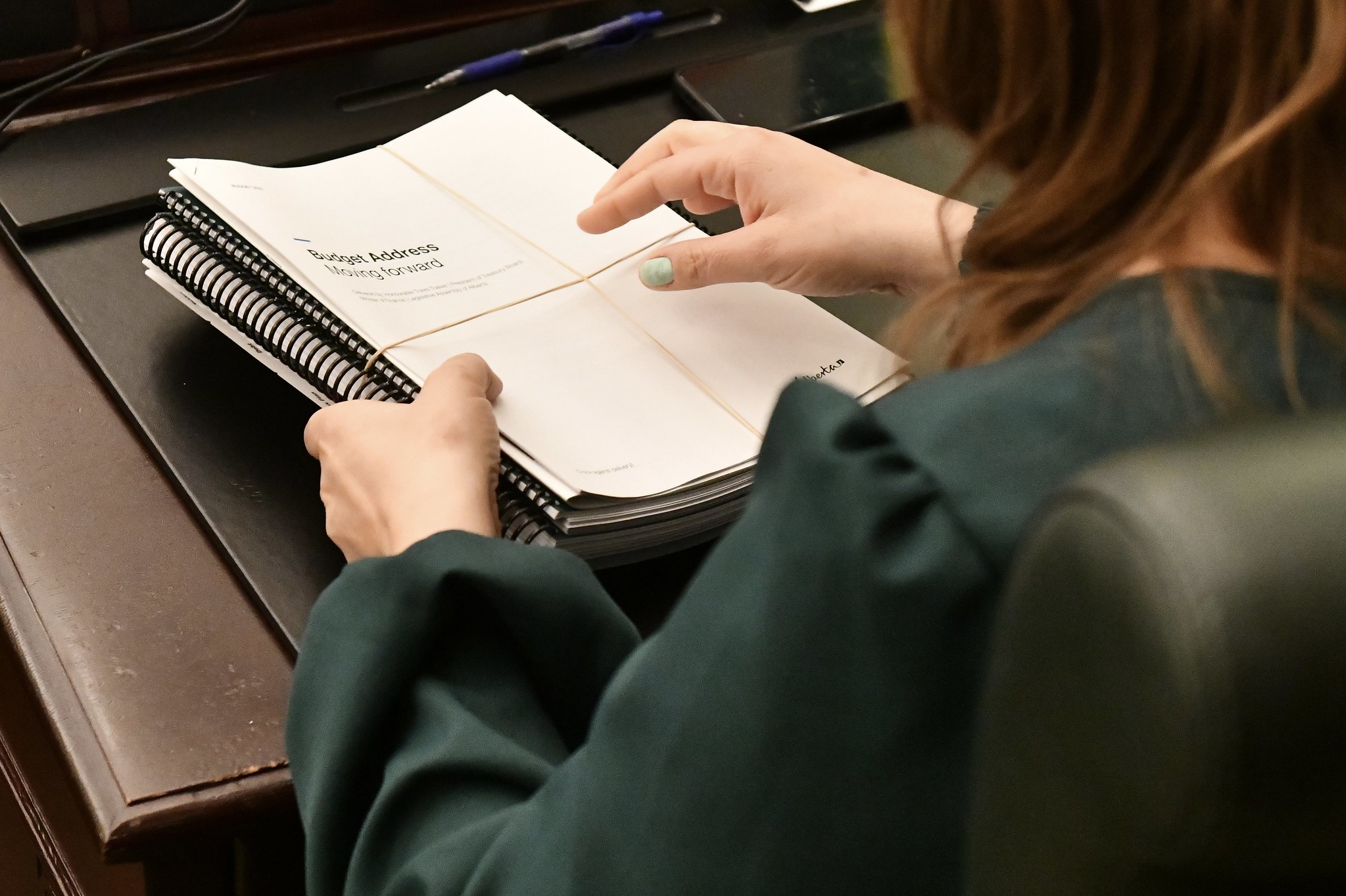 In the budget released Feb. 24, 2022, the Alberta government says cannabis tax revenues have exceeded estimates and profits are expected in the coming year. Image via Legislative Assembly of Alberta

Alberta is heading towards making a profit on cannabis after some adjustments to its maturing market, according to projections from the provincial government.

In the provincial budget released last week, the government says cannabis tax revenues have exceeded budget estimates and the cannabis regulator is expected to see profits of about $7 million over the next year.

It’s a drastic turn from the $11 million loss forecast for the current fiscal year that will end on March 31. 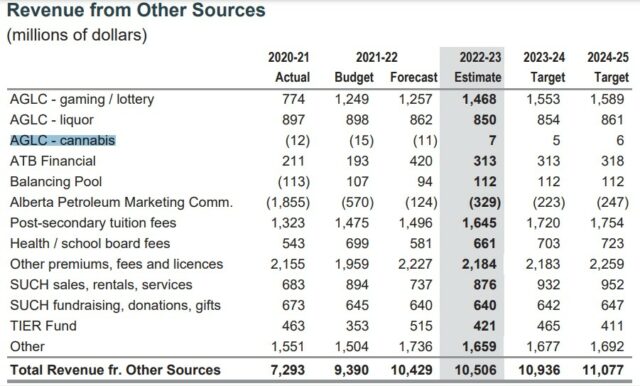 Chart via government of Alberta

“Net income from cannabis is expected to turn positive in 2022–23, as a 6-per-cent mark-up is now being charged to retailers, offset partially by eliminating the 2 per cent education fee that was being charged,” reads the budget. “Charging a mark-up was delayed to permit the legal market to become firmly established, and costs of production have been falling.”

Since legalization, Alberta’s cannabis market has grown to have more than 750 licensed stores and 125 licensed producers. Alberta Gaming, Liquor and Cannabis has says pot prices will remain lower or the same as other provinces while being competitive with the illicit market, despite the 6-per-cent markup.

Retailers say it’s likely the added cost will be passed on to the consumer, which could make competing with illicit sellers more difficult, but agree that Alberta’s prices are some of the lowest in Canada.

By the 2024–25 fiscal year, other tax revenue is forecast to reach $3.3 billion, “mainly from fuel, cannabis and insurance tax revenue growth,” according to the budget.

Read more: Cannabis is boosting Canada’s bottom line — should Ottawa do more for the industry?

Chart via government of Alberta

Another change coming to Alberta’s cannabis market — highlighted in the report as an effort to reduce red tape for businesses — is allowing private cannabis retailers to offer sales online.

The web-based cannabis store run by the government, which has been the only online retail and delivery service authorized for cannabis in Alberta, will shut down on March 8 when retailers will be able to take on those services.

Retailers welcomed the decision to step back from competing in the cannabis space. The sentiment of wanting less public-private competition has been echoed by private retailers in other jurisdictions.

Since legalization, cannabis has contributed $43.5 billion to Canada’s gross domestic product, generated $15.1 billion in tax revenue and created 151,000 jobs, according to a report by Deloitte.