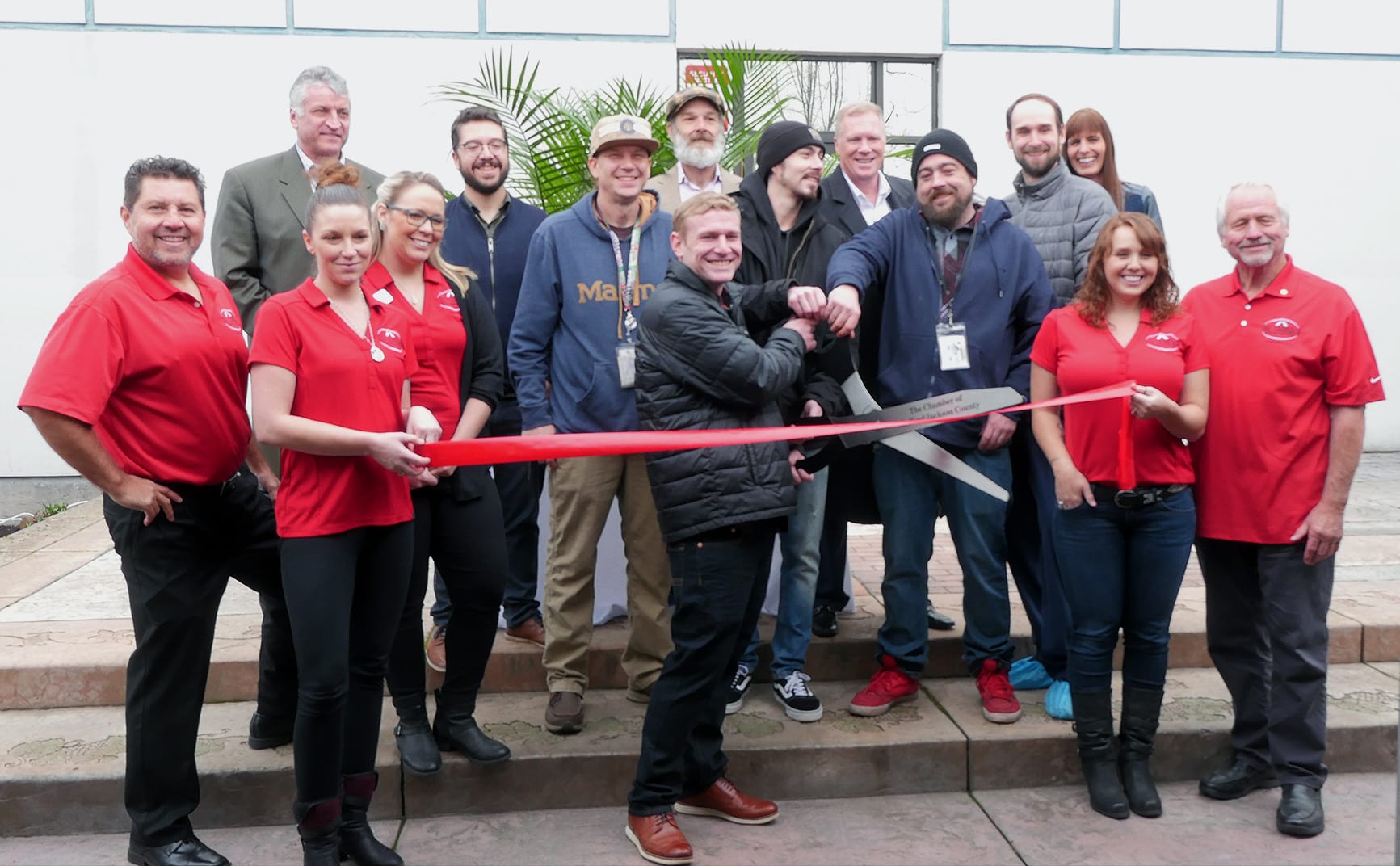 Ribbon cutting ceremony with the Chamber of Medford and Jackson County. Photo courtesy of Acreage Holdings.

The Tweed brand has been licensed to Acreage Holdings (ACRG.U and OTCQX: ACRGF) and will be grown in the company’s new 30,000 square-foot facility in Medford, Oregon. The facility hosted its grand opening this week and will yield its first harvest by the end of the month, Acreage said in a press release.

We are pleased to announce the grand opening of our first #cannabis cultivation facility in the Pacific Northwest, marking the introduction of @CanopyGrowth’s Tweed brand to the U.S. Learn more: https://t.co/oxR1SALyaq #AcreageHoldings $ACRG $ACRGU $ACRGF pic.twitter.com/TfB96J8Vd1

In April 2019, Canopy and Acreage announced an agreement that, if — or when — cannabis becomes federally permissible in the U.S., Canopy will acquire 100 per cent of Acreage in a deal worth around US$3.4 billion, according to a press release. In the mean time, the companies remain independent, but Acreage can use Canopy’s Tweed and Tokyo Smoke brands, as well as access the cannabis giant’s intellectual property.

“Today we announce a complex transaction with a simple objective. Our right to acquire Acreage secures our entrance strategy into the United States as soon as a federally-permissible pathway exists,” then-Canopy CEO Bruce Linton said in April.

Cannabis is still federally illegal in the U.S. and considered a schedule 1 drug, alongside heroin, LSD and MDMA, so until its status changes, Acreage will be capitalizing on Canopy’s brand recognition and intellectual property.

“We are particularly excited to introduce the Tweed brand to U.S. consumers for the first time,” Acreage CEO Kevin Murphy said in Tuesday’s press release. “It’s a further indication that our arrangement with Canopy Growth is yielding opportunities to accelerate Acreage’s growth.”

The company will also grow cannabis for its house brand The Botanist.

After this month’s inaugural harvest, Tweed and The Botanist cannabis products will be available in Acreage’s five Cannabliss-branded dispensaries as well as other dispensaries throughout Oregon.

Canopy also recently broke into the CBD market with its First & Free brand of oils, gels and coming-soon topicals.