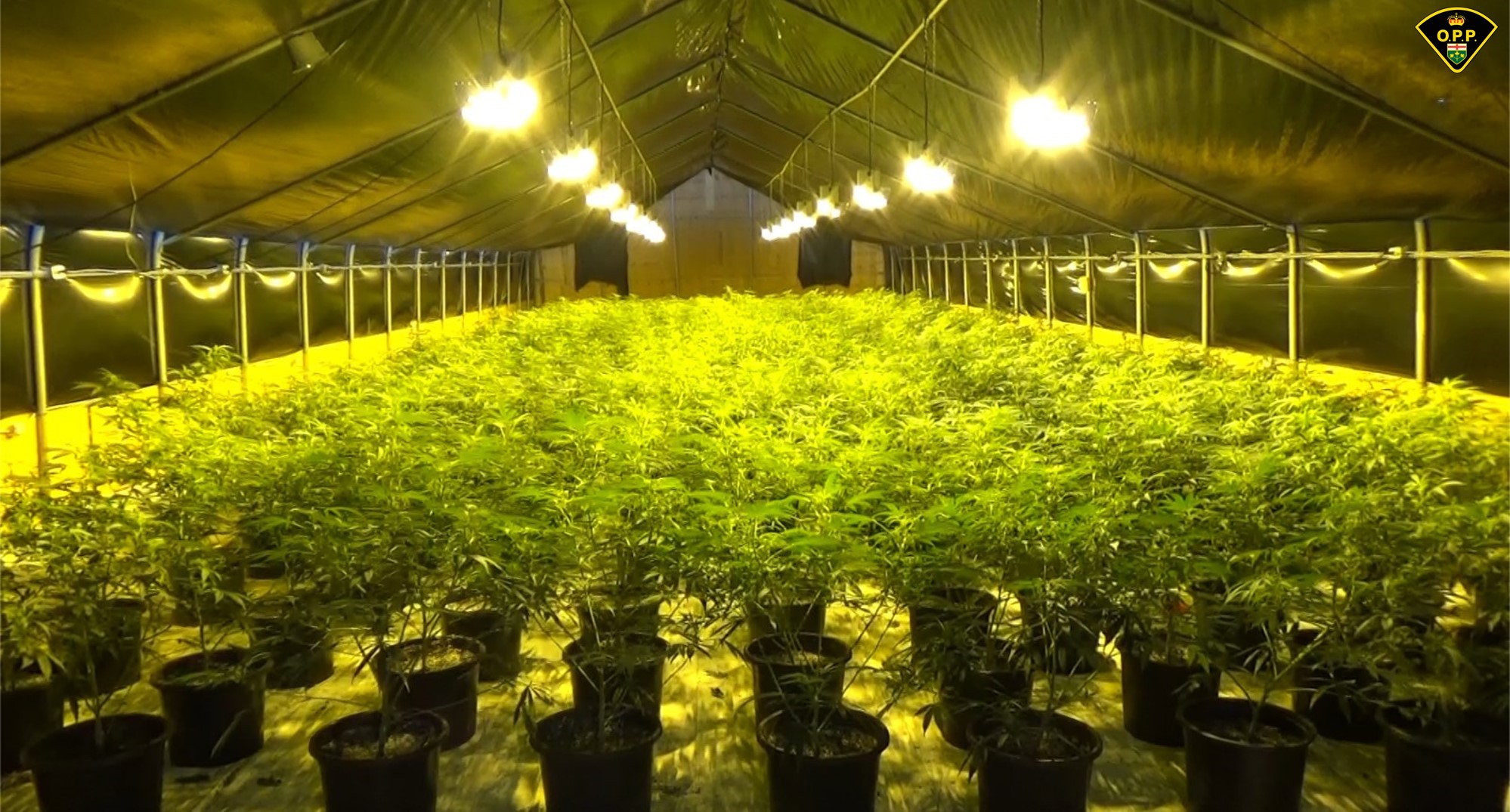 Six people have been charged under the Cannabis Act, police say. Image via Ontario Provincial Police

More than $22 million of illicit weed has been seized by police during a bust in Southwestern Ontario earlier this month.

The raid happened on Oct. 14 when the Ontario Provincial Police (OPP) -led cannabis enforcement team used search warrants at two greenhouses and two homes in Vineland and St. Catherines, according to an OPP statement.

Upwards of 21,000 weed plants and more than 181 kilograms of processed cannabis were confiscated as a result.

The police estimate of the seized weed is worth more than $22 million. 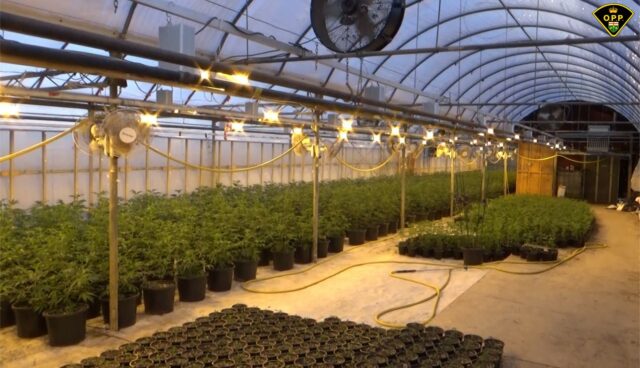 Six people have been charged under the Cannabis Act with possession for the purpose of distributing and with cultivating or harvesting any cannabis plant at a place that isn’t their home. They’re due in court on Dec. 23.

Police said that during the raid, the OPP-led Provincial Joint Forces Cannabis Enforcement Team (PJFCET) was joined by the Provincial Asset Forfeiture Unit and the Alcohol and Gaming Commission of Ontario, as well as uniform members of the Niagara Regional Police Service (NRPS), NRPS intelligence unit, street crime unit and canine unit.