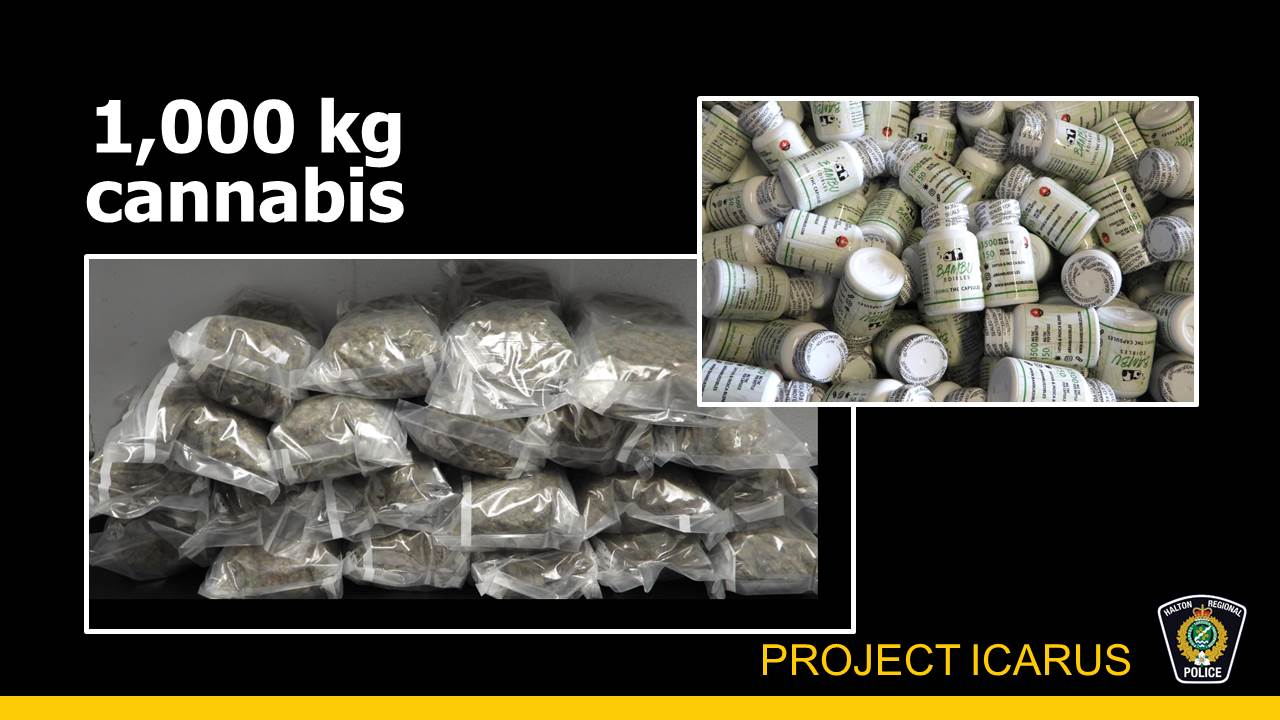 An Ontario police force has brought in the “largest” drug seizure in its history, ending in 12 arrests and 44 charges.

In a statement issued Wednesday, the Halton Regional Police Service (HRPS) said Project Icarus has come to a close. For the investigation, the HRPS worked in collaboration with the Criminal Intelligence Service Ontario, Peel Regional Police and the Canada Border Services Agency.

The investigation began with one suspect in October 2020.

Police seized more than 1,000 kilograms of cannabis in bulk, edible and resin forms, along with 27 kilograms of cocaine and 15 kilograms of ecstasy. Officers also located illicit opioids, which included half a kilogram of fentanyl, oxycodone and morphine.

Guns were found and seized, including one .40-calibre Glock handgun, one 9mm-Glock handgun, prohibited magazines, one 12-gauge shotgun and 1,100 rounds of ammunition.

More than $100,000 in cash was discovered and confiscated, as was jewelry and three vehicles.

Twelve people from Ontario have been charged as part of the investigation. Most of the 14 charges were possession of a controlled substance for the purpose of trafficking. 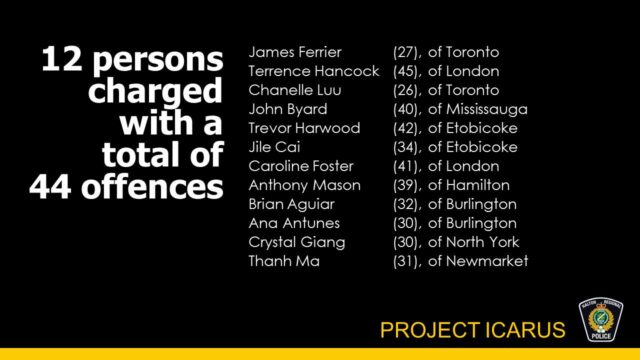 12 people were charged as a result of Project Icarus. Image via the Halton Regional Police Service

A full breakdown of the charges is available on the HRPS website.

Meanwhile, police from the Dufferin Detachment of the Ontario Provincial Police have busted a “large grow” and charged six people, according to a statement Wednesday.

Police said it happened Tuesday at a rural property in Grand Valley through the use of a search warrant.

As a result, police seized 1,248 cannabis plants and about 328 kilograms (725 pounds) of packaged cannabis.

Six people were charged with cultivating cannabis at a place that isn’t their home, and possessing cannabis for the purpose of distribution

Their names haven’t been released because the investigation is ongoing.