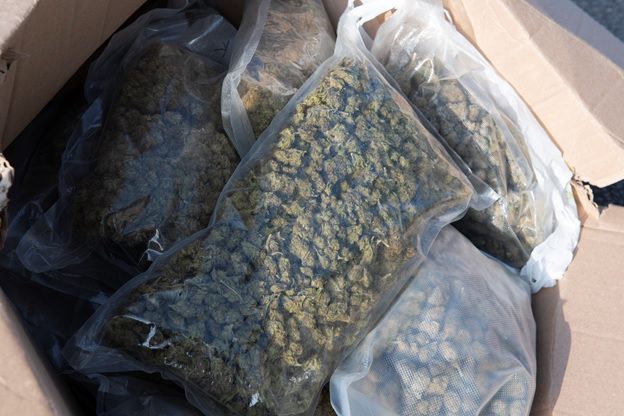 The seizure included 3,189 pounds of dried cannabis, 64 kilograms of cannabis resin and about $200,000 in cash. Image via York Regional Police

Ontario police say five people have been charged after nearly $40 million worth of illicit cannabis was seized earlier this month.

Police estimate the street value of the illicit weed to be about $37 million.

The investigation began in February after police received information that a commercial business in Richmond Hill was believed to be distributing illicit drugs.

Police say the suspects have medical cannabis licences at two locations but the operations were “entirely illegal” and the drugs were “being sold in the criminal market with funds going to organized crime.”

On Aug. 12, multiple search warrants were used in several locations, including in the York Region, the City of Toronto and the towns of Brighton and Norfolk. No further details were provided.

Five people have been charged with possession of cannabis for the purpose of distribution as well as cultivate, propagate or harvest a cannabis plant that is from seed or plant material that is illicit cannabis. Those charged include:

Jiwen Chen has also been charged with possession of proceeds of crime.

Investigators with York Regional Police worked with Ontario Provincial Police on this file.

The investigation is ongoing.