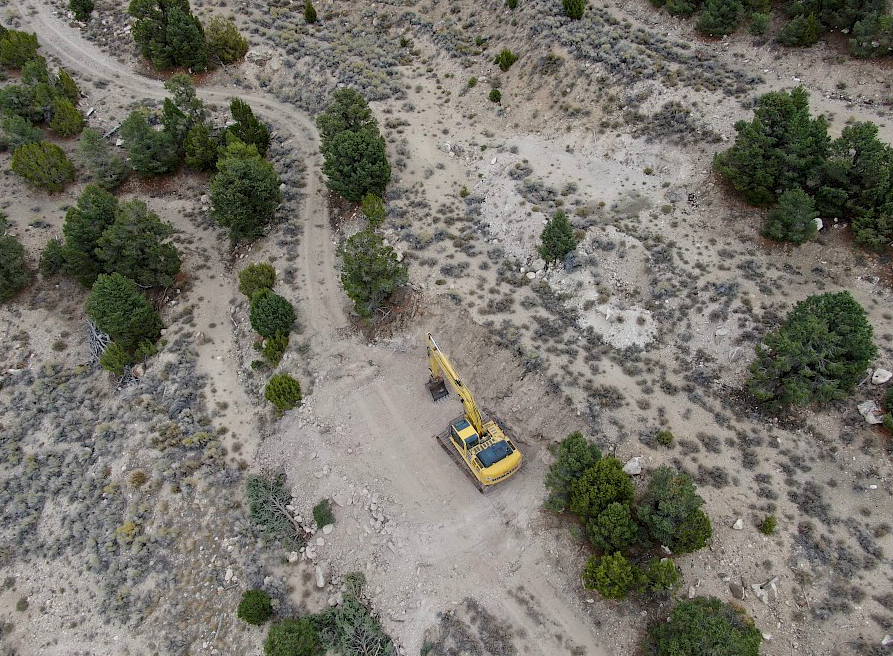 NevGold Corp. (TSX-V: NAU) (OTCQX: NAUFF) (Frankfurt: 5E50) is the gold mining industry’s “new kid on the block” given its potential to thrive, according to a recent interview with its CEO Brandon Bonifacio.

Bonifacio said in an interview with Miningscout that NevGold is looking forward to what it will accomplish in the next 12-18 months. The company’s platform is primarily focused on the western United States.

“It’s focused on oxide gold. It’s focused on near-surface mineralization and projects that can be put and developed into producing assets quite simply at a very low capital intensity,” said Bonifacio in the YouTube interview posted Thursday by the mining investments publication.

“So our focus now is really driving towards what is a resource base at our two flagship projects,” he added.

The company is currently focused on the Limousine Butte project in Nevada and Nutmeg Mountain in Idaho. He says the results from the 10,000 metres that have already been drilled at Limousine Butte were “fantastic.”

Bonifacio explained his thoughts on the price of gold and its recent rise in value this month. He says 2023 will be a strong year for the commodity.

“I do think that it’s going to be a very strong year for gold over 2023 and that’s going to bode well for companies like NevGold,” said Bonifacio.

Bonifacio also outlined NevGold’s focus and the importance of the flagship projects the company is currently engaged in.

“Our focus for 2023 is going to be drilling those projects and then updating the resource at both. And we think combined with both those projects, we’re going to be able to deliver what is north of a 3 million ounce near surface oxide gold resource by the second half of 2023.”

NevGold’s CEO explained the company’s ownership structure to Miningscout and talked about its noteworthy partner companies as well. The company currently has about 70 million outstanding shares and a tight shareholding structure.

McEwen Mining Inc. (NYSE: MUX) (TSX: MUX) is another shareholder that owns just under 8 per cent of NevGold’s issued and outstanding shares.

NevGold currently still owns more than 30 per cent of its own shares and Bonifacio says the company has a lot of money on the line.

“We run a very owner-operated model, we believe in what we’re doing and we have skin in the game,” said Bonifacio.

New interview with CEO @bbonifacio1 talking about a variety of topics, including the 2023 plans for the company. Worth a watch! #goldhttps://t.co/AQ2YPsJJ0i@SWReports @equedia @machaicapital @GeckoResearch

Lastly, Bonifacio explained why NevGold was a worthwhile prospect for investors to look at currently. He says the company team has multiple decades of experience operating in the western U.S. belt.

“We’re able to get drill rigs, we have quick turnaround times at the assay labs, we know all the contractors, etc,” said Bonifacio.

Bonifacio said NevGold is a good prospect for investors because its team has multiple decades of experience and a strong familiarity with contractors as well as an ability to get drill rigs and quick turnaround times at assay labs.

“So when you’re looking at a competitive advantage, operationally, keeping your costs low, being efficient, there’s a reason why we’ve been able to ramp up into the programs as quickly as we have, and that gets back to the people,” he added. 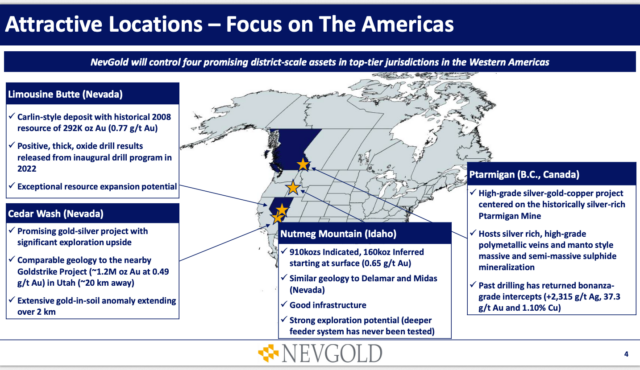 In November 2022, NevGold announced that its Nevada drill program at Resurrection Ridge intercepted more oxide gold on its last assay and expanded its mineralized footprint by more than 100 metres. The company also recently provided GoldMining Inc with about 3.7 million shares for the Nutmeg Mountain gold project.