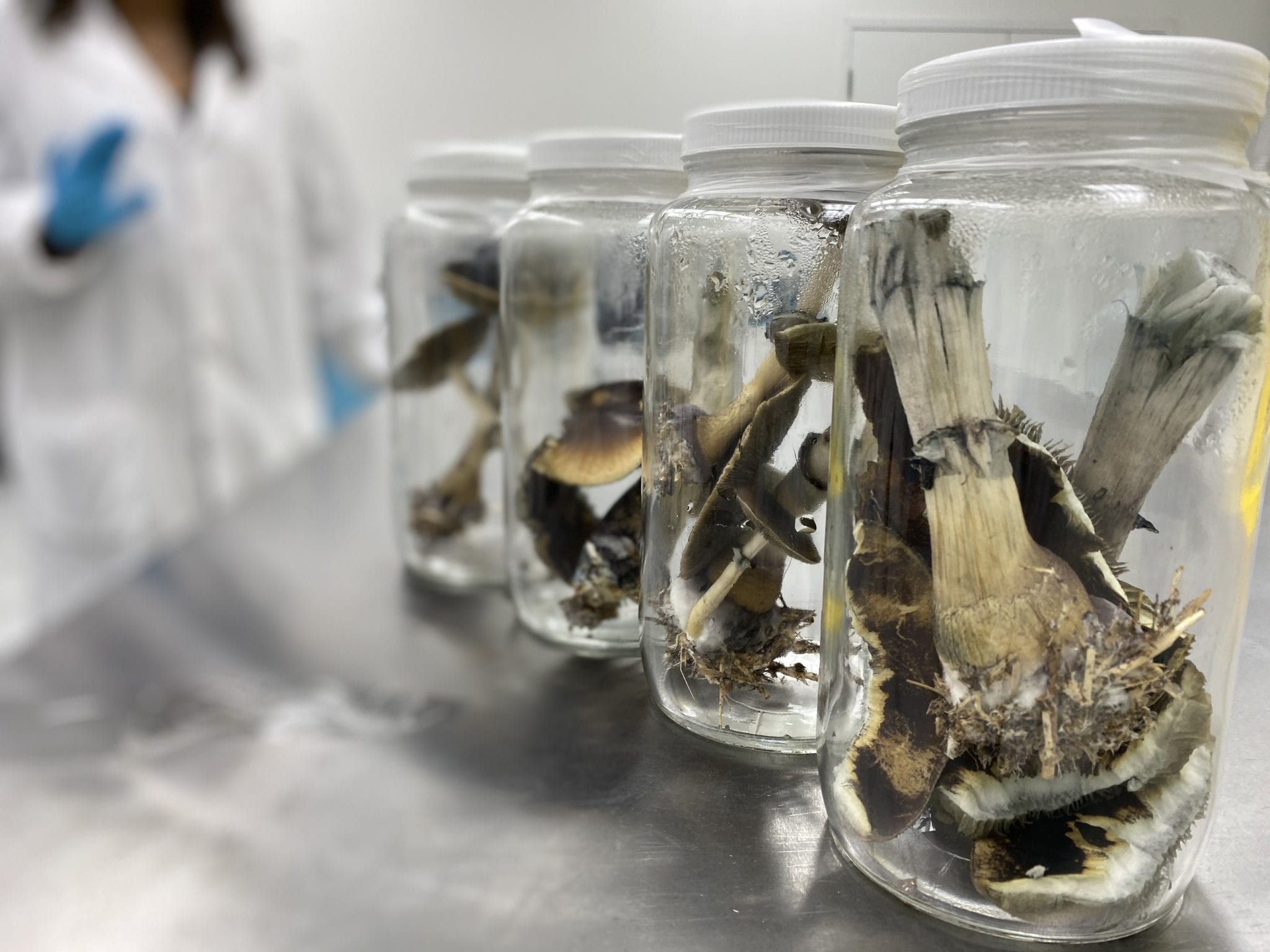 While 2020 was too difficult for too many, it was a breakthrough year for psychedelics — a field that offers hope for healing on the road ahead.

Led by Canada and a number of U.S. jurisdictions, a wave of legal easing opened the floodgates for major treatment initiatives, scientific innovation and groundbreaking research.

And that momentum has sparked a flurry of activity in investment markets, with more than 20 psychedelic companies going public between March and December.

Here are 2020’s top-five advancements in the field: 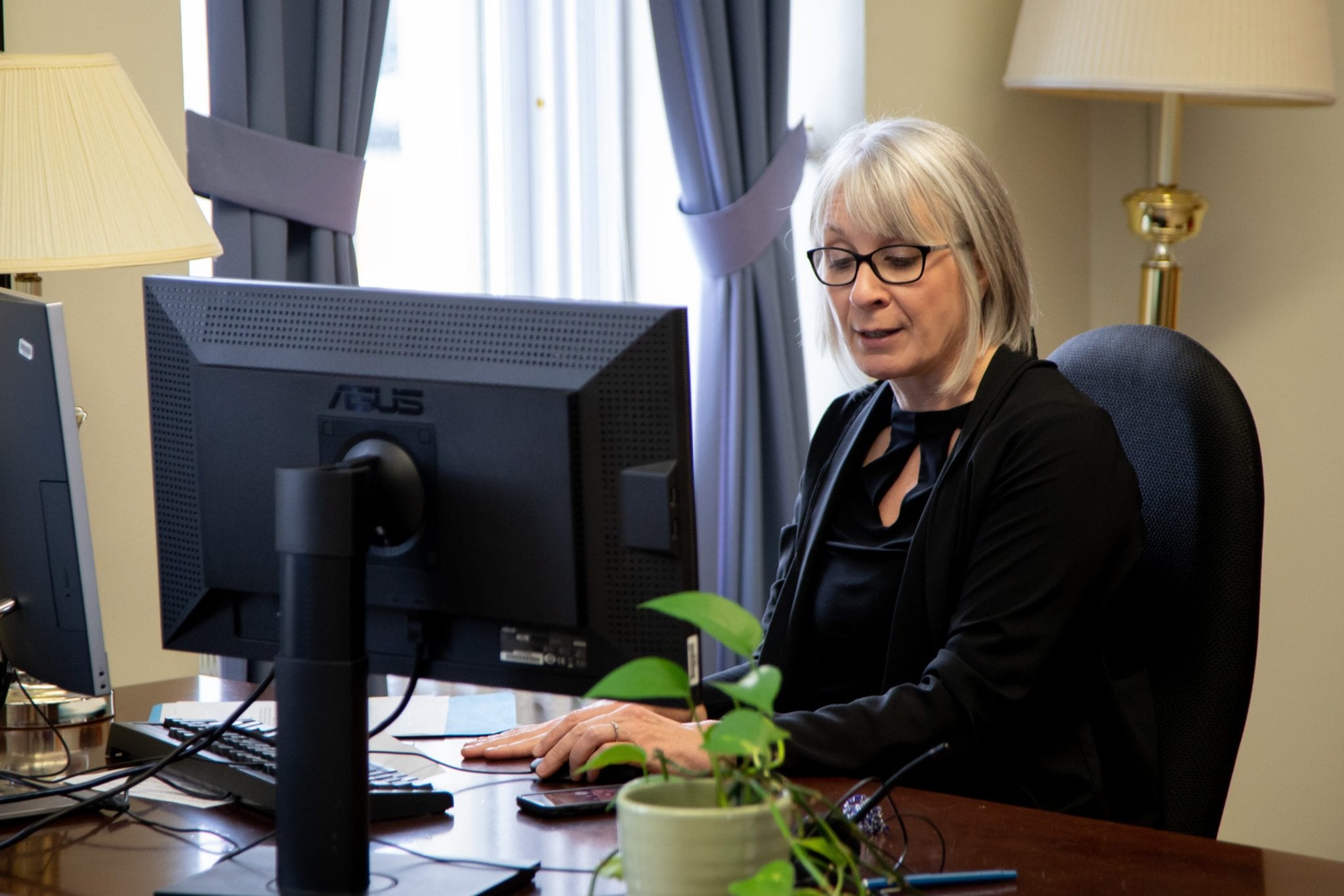 At the federal level, Canada has led the charge in granting patient access to psychedelic therapy.

Through a series of exemptions granted by Health Minister Patty Hajdu, the federal government made strides to effectively decriminalize medical psilocybin.

This marked the first time in the country’s history that patients were granted an exemption from the Canadian Drugs and Substances Act to access psychedelic therapy.

By December, the legal exemption was expanded to 14 patients, while Hadju also approved 17 healthcare professionals to possess and use the fungus-derived compound for professional training in psilocybin therapy.

Advocacy group TheraPsil, a major force behind these decisions, praised Canada for becoming a world leader in granting patient access to psilocybin. The non-profit says it’s been inundated with patient requests for support, while highlighting the need to train healthcare professionals to direct psychedelic treatment. 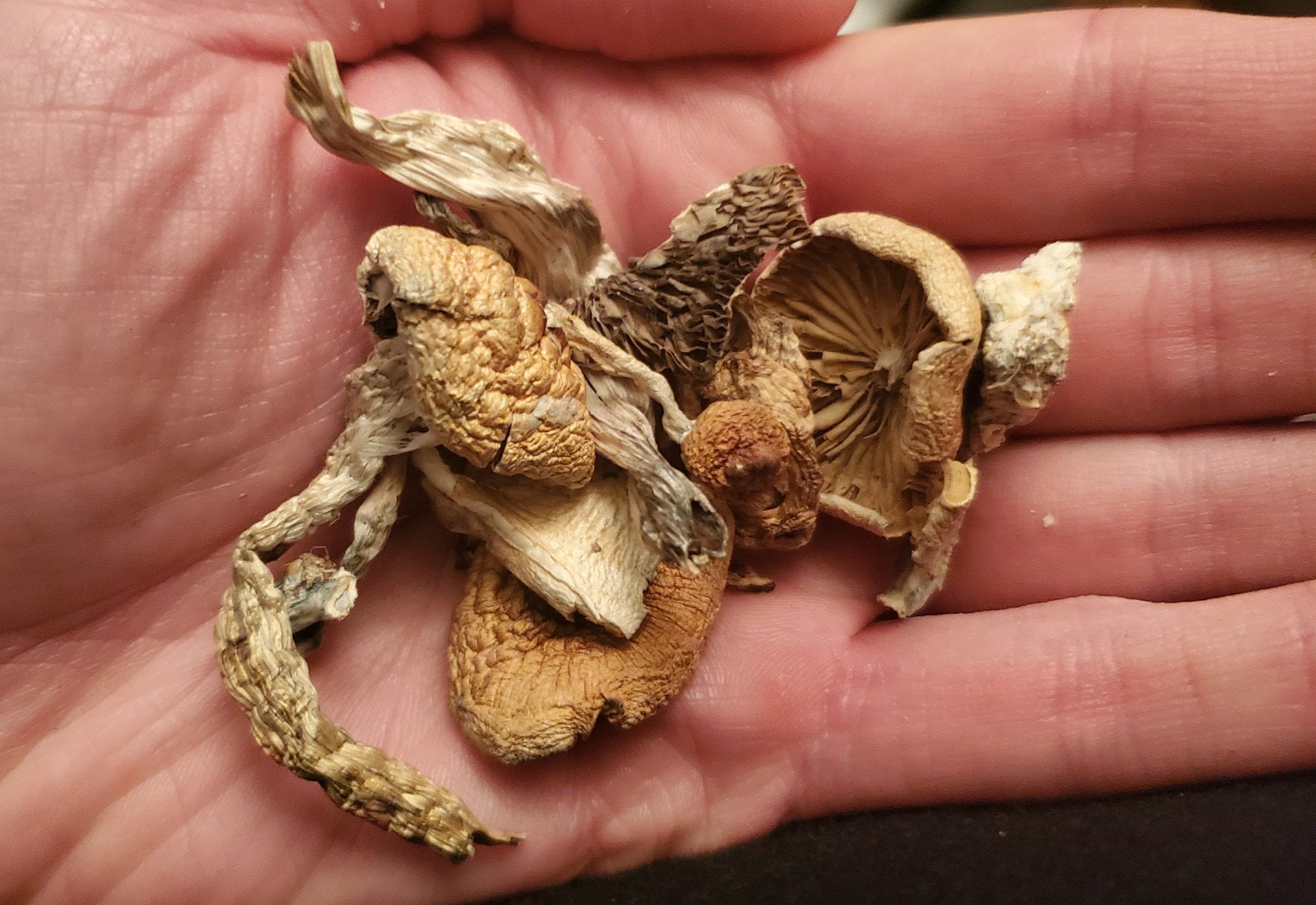 Psilocybin therapy was decriminalized in the state of Oregon through via a ballot in November. Photo by Jared Gnam

South of the border, a number of U.S. jurisdictions passed measures to remove or weaken penalties for the possession and use of psychedelic compounds.

Most notably, Oregon became the first American state to pass legislation that will regulate psilocybin-assisted therapy.

Passed in a ballot vote during the Nov. 3 presidential election, Measure 109 creates a state-licensed psilocybin treatment system. Adults over 21 will be granted access to buy, possess and use psilocybin under the supervision of trained healthcare professionals. Manufacturing, shipping and administration of the psychoactive ingredient will be permitted at licensed facilities.

Read more: What measure 109 means for the future of psychedelic therapy

The measure imposes a two-year period to develop the program and put it into force. People will be able to qualify for the program without having to prove they suffer from any specific ailment.

Oregon voters also approved a separate measure that decriminalizes minor possession of all drugs including cocaine, heroin, LSD and methamphetamine.

Meanwhile, voters in the District of Columbia approved a ballot initiative that effectively decriminalizes the use of several psychedelic substances.

Similar measures were passed by city councils in Ann Arbor this September, and Santa Cruz last February. In both cities, local police will no longer prioritize enforcing the possession and use of all entheogenic plants, including magic mushrooms, ayahuasca, ibogaine, mescaline and peyote

Including the cities of Oakland and Denver, which passed similar laws in 2019, there are now six separate American jurisdictions that have decriminalized psychedelics in some form. 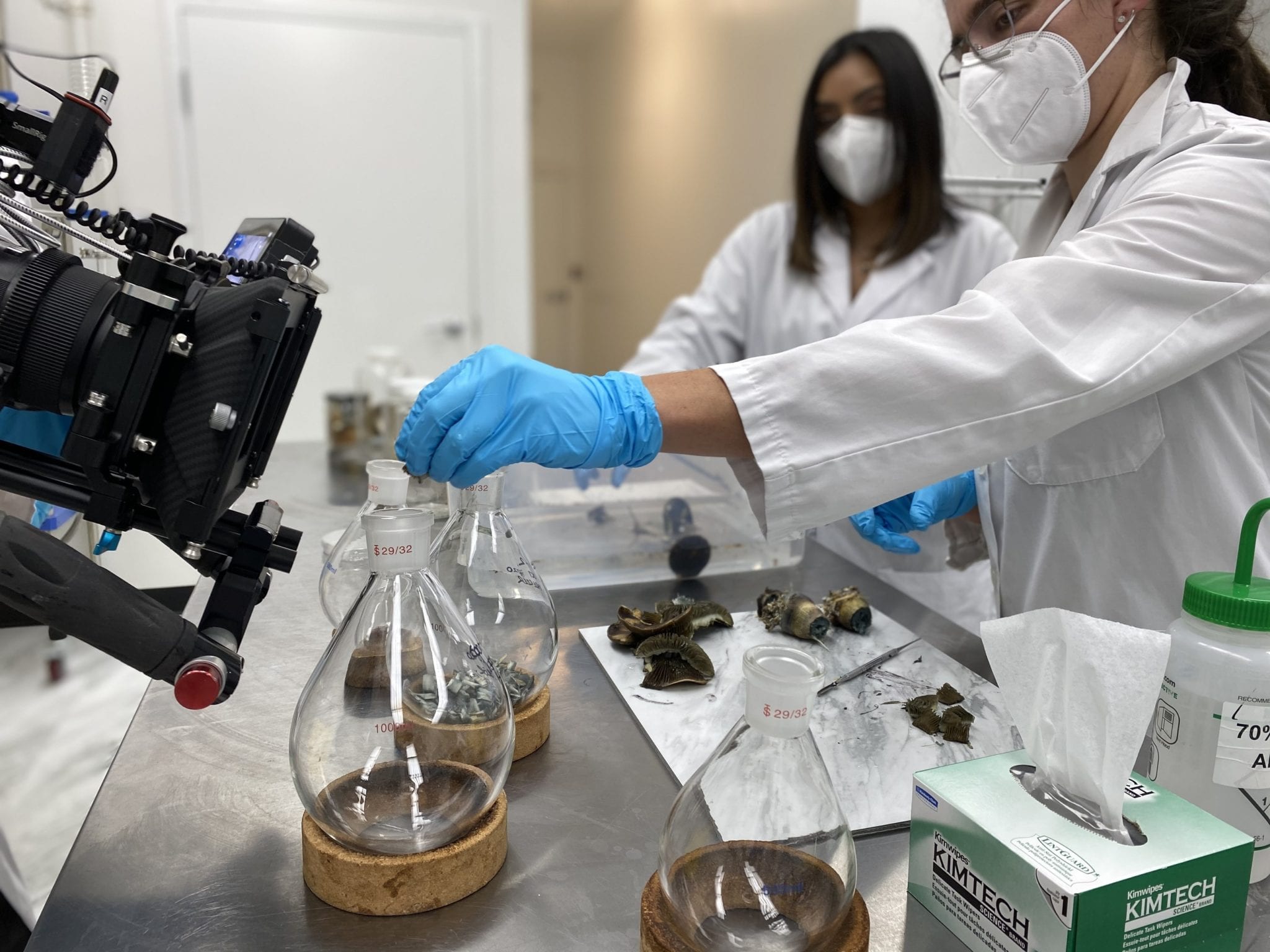 As jurisdictions soften their legal stances, the number of major studies on psychedelic compounds has been on the rise.

A record 125 psilocybin papers were published this year, up from 68 in 2019, according to the U.S. National Library of Medicine. Ketamine, the anesthetic and club drug that the U.S. Food and Drug Administration approved to treat depression in 2019, led the category with 1,425 studies published this year.

The small, but robust study of 27 adults was the first randomized controlled trial to test psilocybin as therapy for people with depression. The research is considered critically important proof of concept for approval of the compound as treatment for depression, a condition that affects more than 300 million worldwide.

Another study in January at New York University found that a single dose of psilocybin combined with psychotherapy helped to significantly reduce anxiety, depression and existential distress in cancer patients — even four years after treatment.

And for the first time this year, researchers out of the University of North Carolina figured out how psychedelic drugs like LSD and psilocybin interact with brain cells at the molecular level to cause the dramatic biological effects. The November study has already opened the door for further research on how to isolate more precise psychedelic compounds that could eliminate hallucinations but still have strong therapeutic effects. 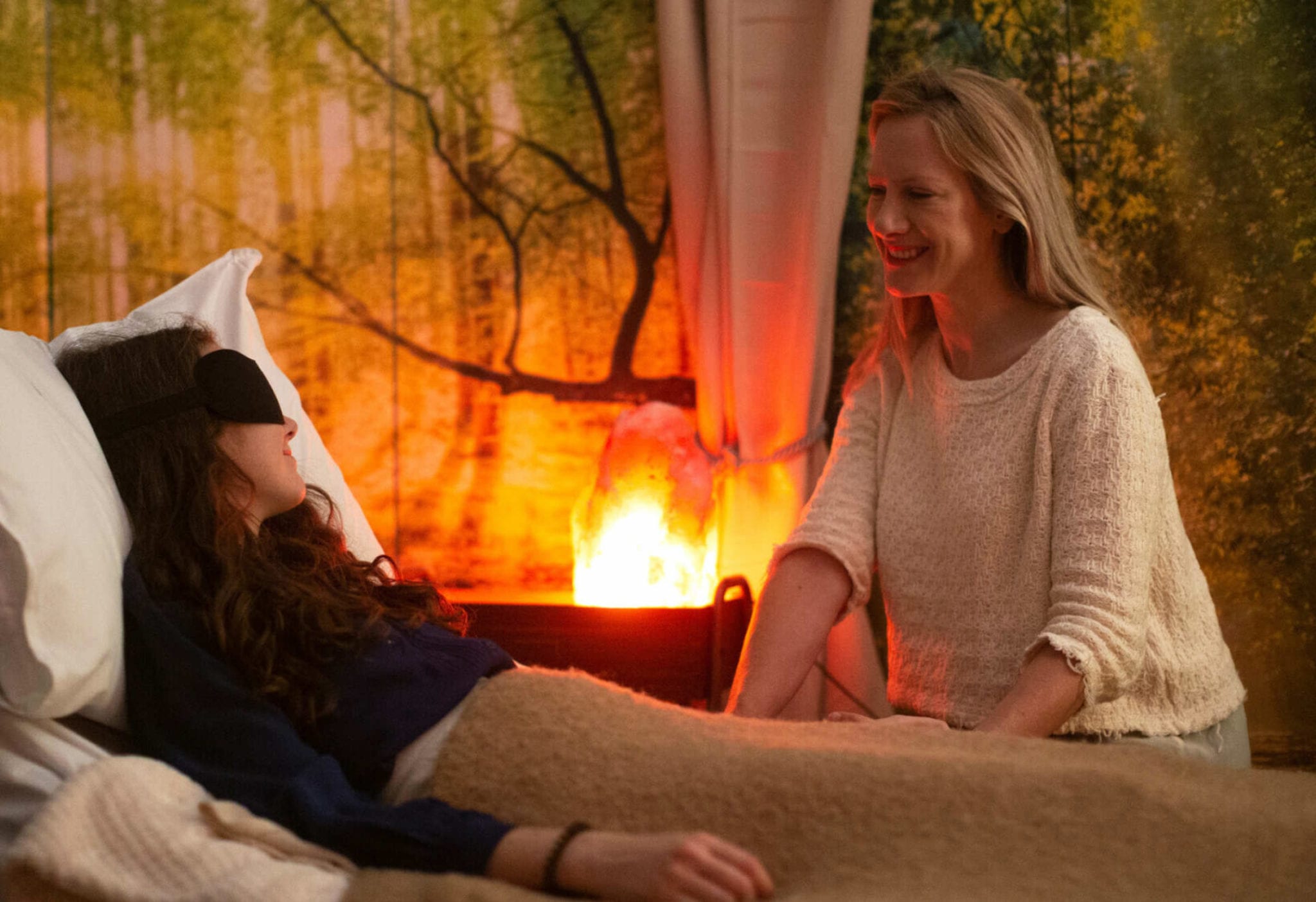 UC Berkeley launched a psychedelic research centre in September that will train guides to assist with psychedelic therapy. Photo via Imperial College London

A Canadian company, MagicMed Industries, started developing a library of millions novel psychedelic derivatives this year, which are now being screened for new drugs in precision mental health treatments. Similar to the UNC study, their aim is to improve psychedelic drugs by reducing side effects and increasing effectiveness to allow broader patient access.

The firm says its “Psybrary” will be a game changer for the industry because successful drug candidates could attract major pharmaceutical partners that could bring the treatments to the mainstream.

Another major project striving to legitimize medical psychedelics is being conducted by the Multidisciplinary Association for Psychedelic Studies.

The non-profit looks to be getting closer to legalizing the first psychedelic drug in the U.S. by advancing its research program on MDMA as a treatment for post-traumatic stress disorder. In August, MAPS launched phase 3 clinical trials for a project it hopes will convince the U.S. Food and Drug Administration to legalize the drug federally.

And more clinical trials were carried out at UC Berkeley, which launched a new psychedelic research centre in September. The centre will expand research in the field and develop education programs including one that will train guides to aid research subjects with the cultural and spiritual care aspects of psychedelic use. 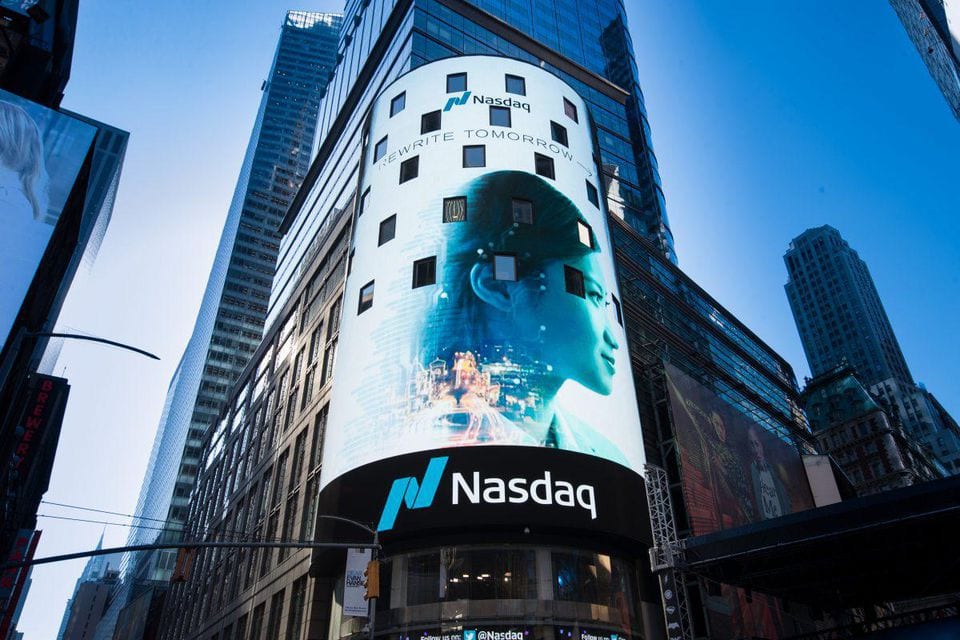 United Kingdom-based Compass Pathways debuted on the Nasdaq in September, making it the first psychedelic firm to list on a major U.S. exchange. Photo via Nasdaq

Legal reform and a resurgence in research has drawn increasing financial interest in the psychedelics sector.

Since then, more than 20 more firms have gone public on various exchanges north and south of the border.

Similar to steps taken by cannabis operators in the mid-2010s, psychedelic firms are taking advantage of Canada’s small-cap venture capital climate as a runway for debuts in bigger public markets. While most have gone public through reverse takeovers with shell companies via the mining sector, others have chosen the more reputable route of initial public offerings.

In September, Compass Pathways (Nasdaq: CMPS) debuted on Nasdaq, making it the first psychedelics firm to list on a major U.S. stock exchange. Shares in the firm have more than doubled since.

The company warns that investors new to the space should look for firms that are building strong business fundamentals and credible science platforms by qualified researchers.

Other public psychedelics companies that debuted in 2020 include: