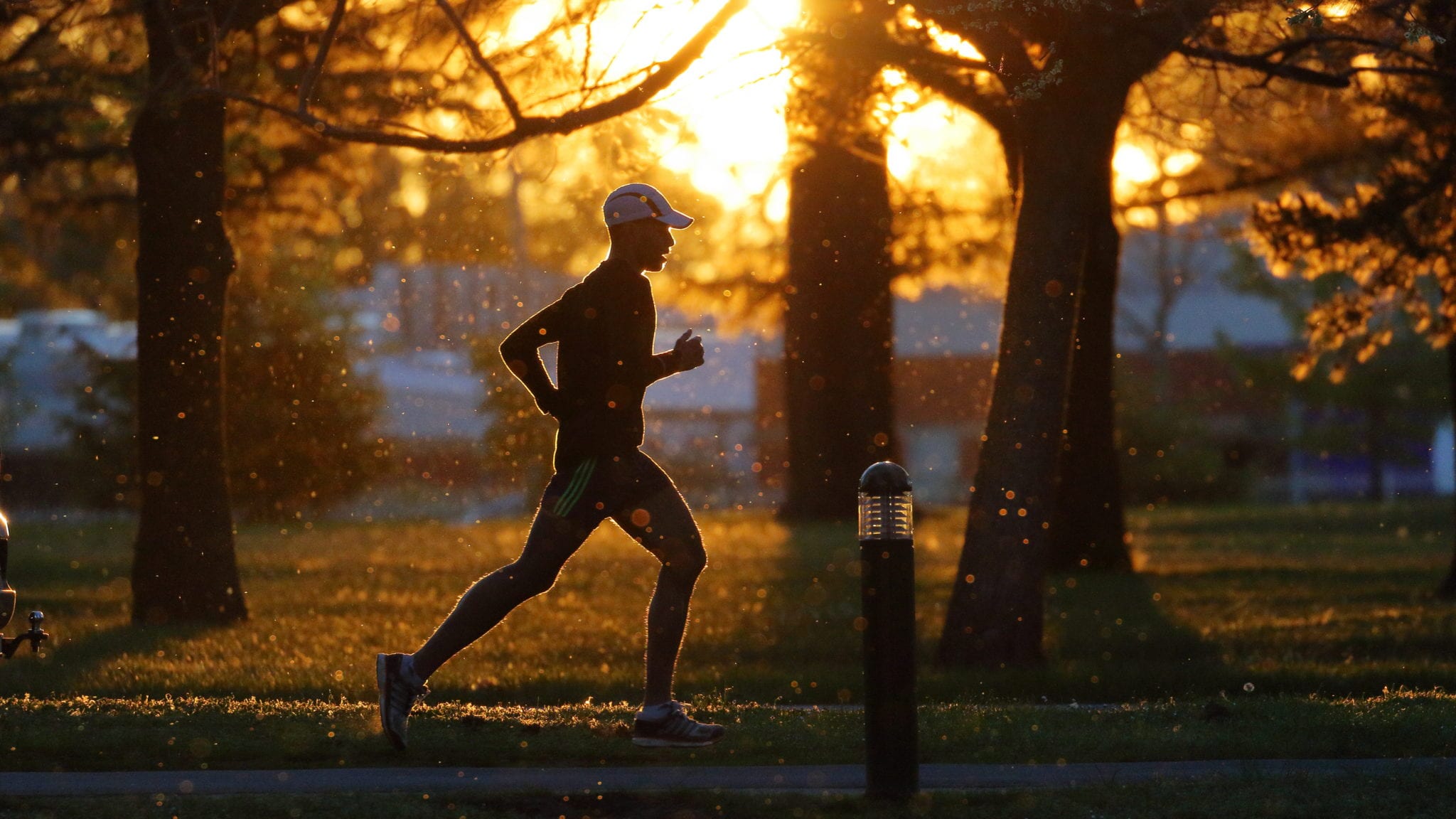 The pleasurable feeling brought on by a long-distance run is mainly caused by cannabinoids produced by the body, new research shows.

A recent study, published in the journal Psychoneuroendocrinology by German researchers at the University Medical Center Hamburg-Eppendorf, challenges previous studies on endorphins being the sole cause of so-called runner’s high.

They propose the pleasurable experience involves not only endorphins, natural opioids produced by the body, but also endocannabinoids alongside other contributing factors like mindset and physical setting of the run.

The study’s authors mimicked their earlier rodent runner research, this time in humans, measuring endocannabinoids and endorphins involved in the euphoric, anxiety-reducing feelings caused by running.

“While these findings leave the door open for the possibility that the opioid system may play a role in higher intensity or prolonged endurance exercise, the current findings strongly argue against a prominent role for endogenous opioids in the development of a runner’s high,” reads the study.

Researchers recruited 32 men and 32 women who exercise regularly and hadn’t used any drugs, especially cannabis, for four weeks. They were split into two groups: a running group and a walking group.

Participants were asked to run or walk for 50 minutes on a treadmill, and were randomly given a placebo or an opioid-receptor blocker. By blocking opioid receptors and measuring the effects, researchers were able to test which molecules were involved during the high.

Endocannabinoid levels increased in all groups, the results show. However, only 33 per cent of the endorphin-blocker group and 22 per cent of the placebo group experienced a high during the experiment, suggesting other environmental factors could be involved.

The study also showed that endorphin blockers didn’t significantly reduce anxiety or increase euphoria, but the intensity and duration of the run were essential for producing the beneficial effects.

Before and after the exercise, participants were assessed for euphoria, anxiety and mood. Researchers made subjects traverse a physical maze while wearing a virtual reality headset depicting anxiety-inducing scenarios, a method called the human elevated plus-maze behavioral (EPM) test.

The study concluded that certain contextual factors also play a crucial role in the development of a runner’s high whether this is listening to music, running in nature or thinking to oneself.

The authors suggest further studies to determine the exact role endocannabinoids play in the body, but as of now there isn’t an approved endocannabinoid receptor blocker available for human use.