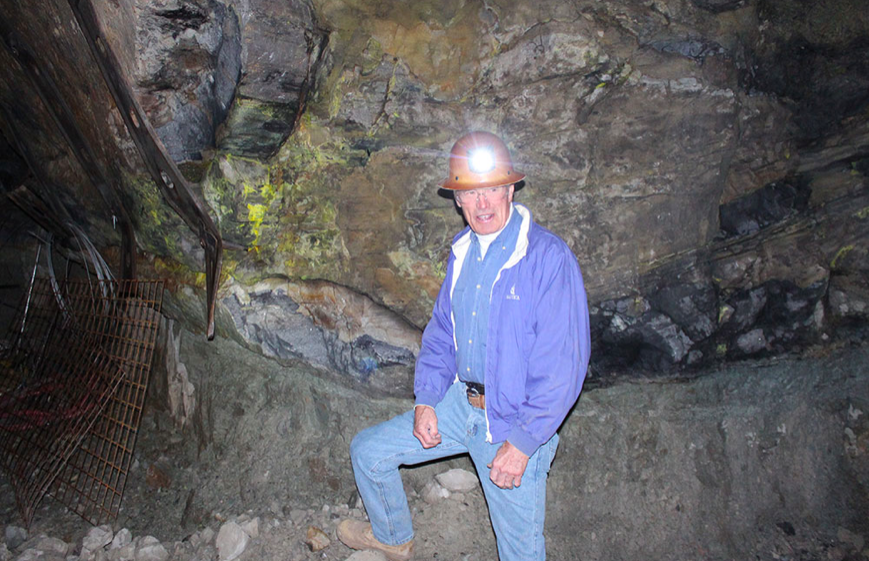 Underground uranium mineralization discovered by the company at the Sunday Mine Complex in Colorado. Photo via Western Uranium & Vanadium

Western Uranium & Vanadium (CSE: WUC) (OTCQX: WSTRF) has started the permitting and design process for a mineral processing facility in Utah in a move said to be one of the most important in the company’s history.

The Toronto-based mining company announced that it had acquired the property needed for the plant on Monday and the facility will be utilized for recovering uranium, cobalt and vanadium from ore produced at mines owned by Western and others.

Western says the site was selected with consideration of support from local, municipal and county officials. Additionally, the process of selecting and acquiring the site took over one year due to the necessity of road, power and water infrastructure.

Upon completion, the facility will use today’s most advanced processing technology such as Western’s patented kinetic separation process that efficiently separates waste rock from minerals. Western says mine development and inherent ore production at the company’s Sunday Mine Complex in Colorado will provide feed material for the complex.

“This is one of the most significant events in the history of our Company. The processing facility, when completed, will provide Western with uranium and vanadium to sell into improving markets and thus result in substantial cash flow from operations,” said George Glasier, CEO of Western.

According to Western, the market for uranium and vanadium is forecasted to have consistent growth in the near future. The company says it is confident that the uranium market is in “the early stages of a sustained upswing” with demand projected to exceed supply significantly in the coming years.

Western’s stock rose by 3.57 per cent today to $1.16 on the Canadian Securities Exchange.