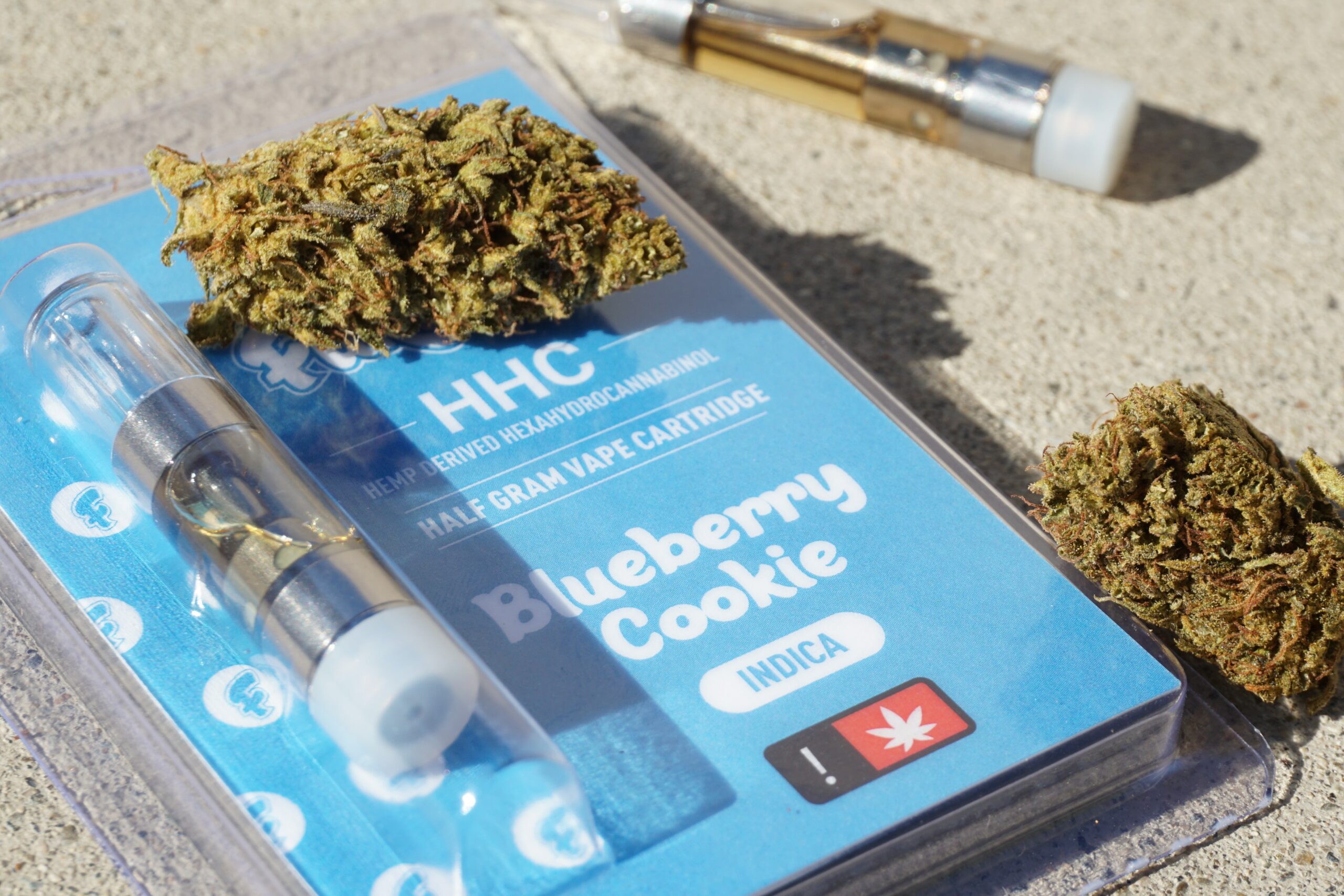 Female cannabis users also spend more on vapor pens than their male counterparts – and in Canada, vaping device consumption led to a record high market share escalation of 17.6 per cent in January according to a new report by cannabis analytics firm Headset.

Last week, the firm released a report on the vapor pen category and found that in the United States market shares for vapes have been on a steady incline since the early days of the pandemic and are now at about 22 per cent of total market share. Both countries’ market shares could likely continue to increase going forward according to the report.

From examining Headset’s data, people interested in purchasing vapor pens will surely be happy to know that as the popularity and market share of vapes increase – the cost of owning one of these THC evaporating gadgets will only decrease. In Canada, the average price for one plummeted by 32 per cent over the course of one year and in the U.S. it dropped by 15 per cent in the same period. 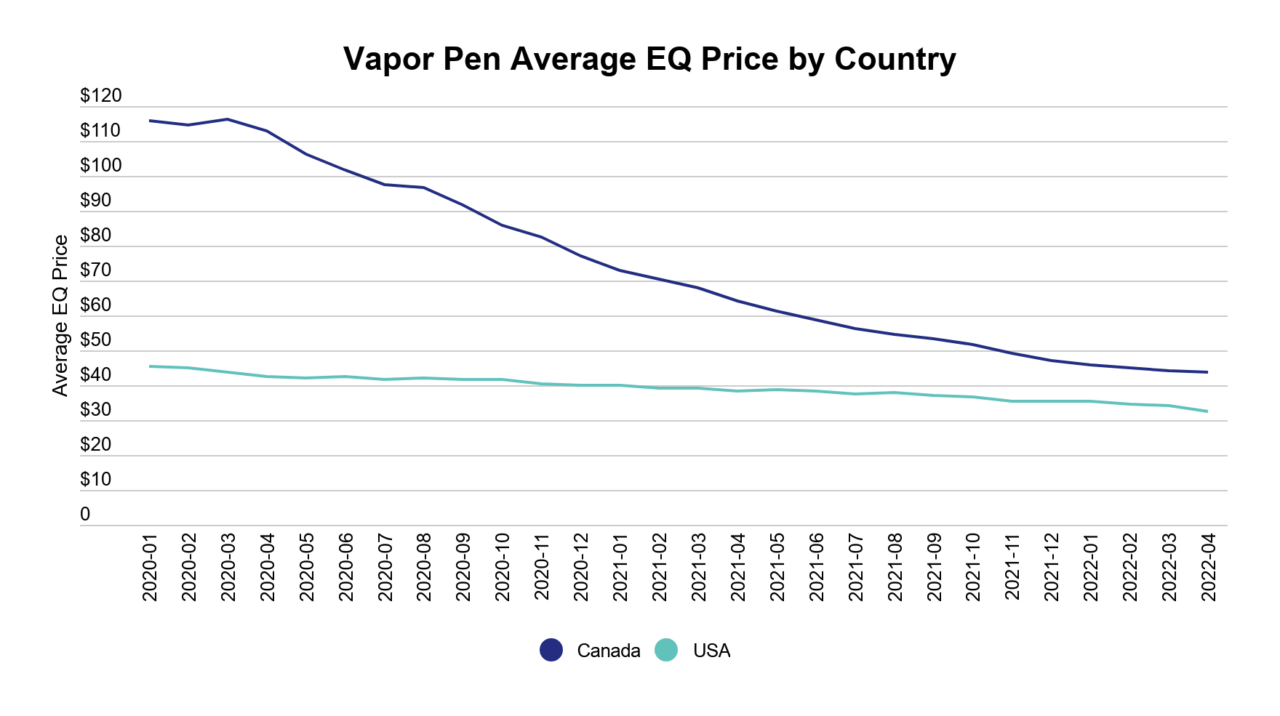 The report shows that for many years nearly all cannabis vaporizers utilized the same type of battery, but recently some distributors have been creating their own cartridge and battery formats, particularly in the American southwest. Pax Era pods are a good example of a vapor pen with a different battery.

The Headset analysts saw that across U.S. markets – 510 threaded products still dominate vape sales but proprietary hardware types are also grabbing market share, especially in California and Nevada. Industry analysts will continue to observe how this trend develops over time. 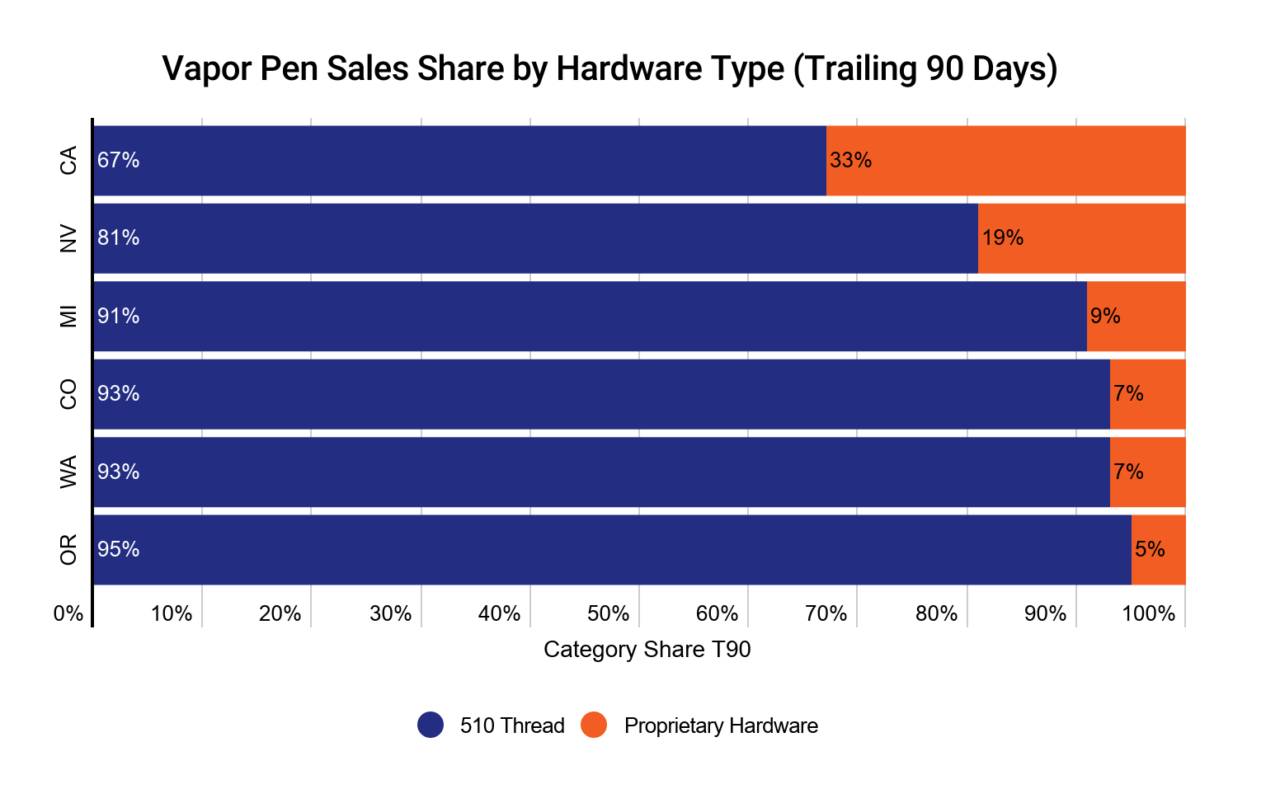 In the U.S., vapor pens represent the second highest-grossing cannabis category underneath flower. Edibles and pre-rolls are next in line on the hierarchy of popularity.

In Canada, pre-rolls are in higher demand than vapor pens, leaving vaporizers sitting in spot #3 for overall revenue in the great white north. Although flower remains the most popular cannabis product generally, vaporizer goods have accelerated their market share in both countries since the last Headset report in 2021.

In this article:Headset, vape pens, vapes