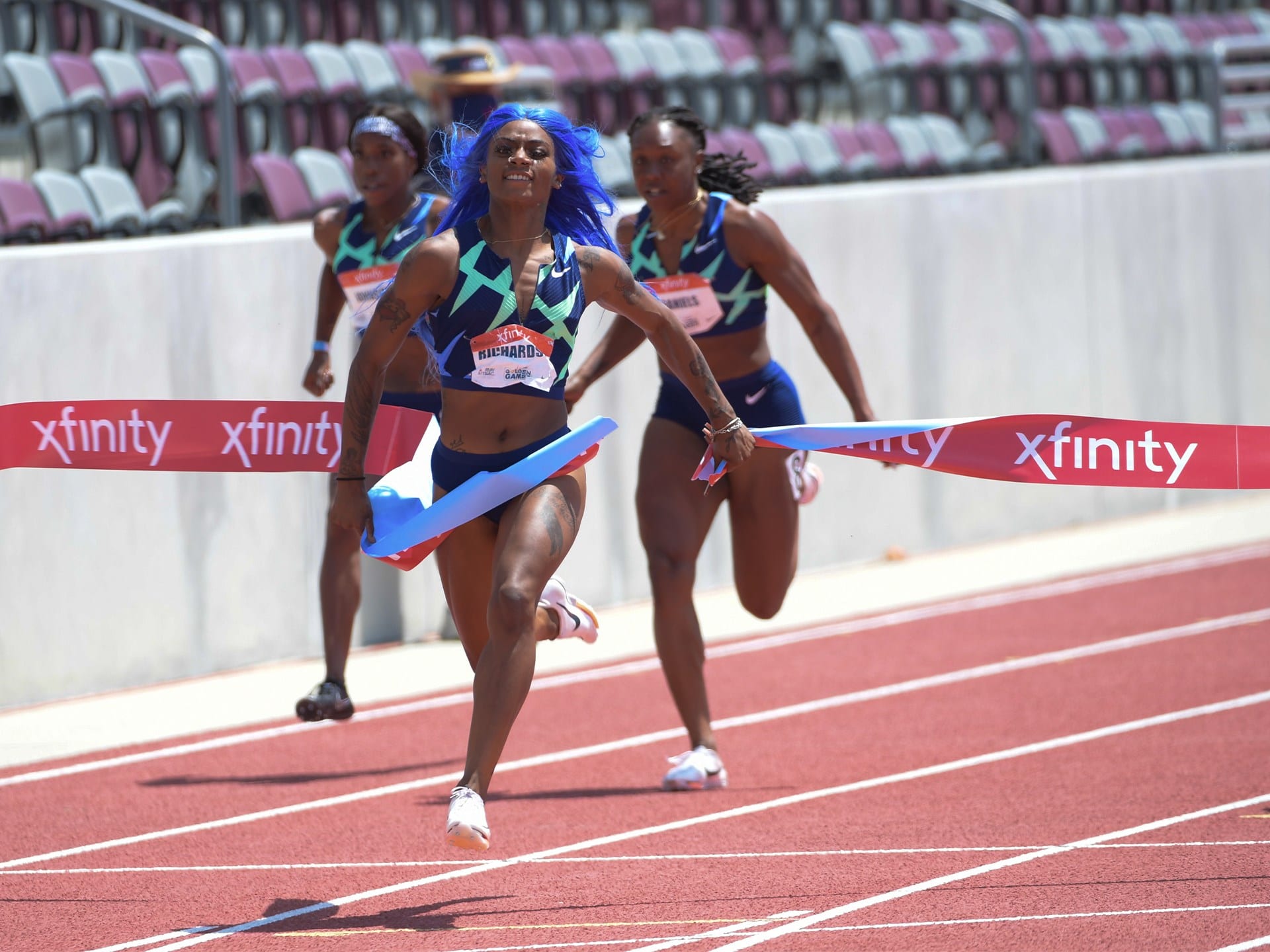 Sha'Carri Richardson's performance at Olympic trials last month made her a favourite to win the 100-metre dash. Image via USA Track and Field

As U.S. track officials announced Tuesday evening that Sha’Carri Richardson would not make the Olympic team, they expressed their support for the rising star athlete and a reevaluation of the rules banning THC.

Richardson accepted a 30-day suspension from the World Anti-Doping Agency after a positive marijuana test, following her first-place 100-metre finish at the U.S. trials last month in Oregon, where cannabis is legal for adult use. She said she used cannabis to cope after learning about the death of her biological mother from a reporter.

The test disqualified her trial results, but she still could have been selected for the 4×100-metre relay race. However, selections had already been made for that team and current rules don’t include a provision for such a change, USA Track and Field said in a statement.

“First and foremost, we are incredibly sympathetic toward Sha’Carri Richardson’s extenuating circumstances and strongly applaud her accountability — and will offer her our continued support both on and off the track,” the organization says.

“While USATF fully agrees that the merit of the World Anti-Doping Agency rules related to THC should be reevaluated, it would be detrimental to the integrity of the U.S. Olympic Team Trials for Track & Field if USATF amended its policies following competition, only weeks before the Olympic Games.”

But all athletes are aware of the anti-doping code, USATF continues, and its credibility would be lost if it only enforced the rules in some cases.

“So while our heartfelt understanding lies with Sha’Carri, we must also maintain fairness for all of the athletes who attempted to realize their dreams by securing a place on the U.S. Olympic Track & Field Team.”

The WADA suspension resulted in a flood of news coverage, especially in light of how cannabis’s status has moved from an internationally illicit drug to a legal medicine in most U.S. states and a growing number of other countries.

Prominent sponsor Nike said in a statement that it would stick with Richardson, much as several companies stuck with swimming star Michael Phelps when imagery emerged of him hitting a bong in 2009. USA Swimming suspended Phelps for three months, and cereal-maker Kelloggs dropped the athlete.

Athletes for CARE, a group that advocates for cannabis use in sport, gave its support for Richardson in a statement earlier on Tuesday, calling on WADA and the US Anti-Doping Agency “to remove antiquated punitive actions against athletes who use cannabis.”

The group directs supporters to sign a petition to remove the ban on cannabis use in sport.

Athletes for CARE athlete ambassador Joanna Zeiger, who placed fourth in the triathlon at the 2000 Sydney Olympics, says THC is a tricky compound from an anti-doping perspective.

“THC is considered a threshold drug that can only be used out of competition,” she says. “THC can be found in the blood up to a certain level before triggering a positive result.”

“It is unknown how much THC needs to be consumed to reach this threshold and this amount is likely variable between individuals. This makes dosing incredibly difficult, particularly for athletes who are using cannabis to treat medical conditions.”

Zeiger noted a study on self-identified community based athletes found 70 per cent of current cannabis users slept better, 54 per cent had decreased anxiety, and 58 per cent said cannabis calmed them down, which is “especially pertinent given Sha’Carri’s mental state during the qualifiers in Oregon.”