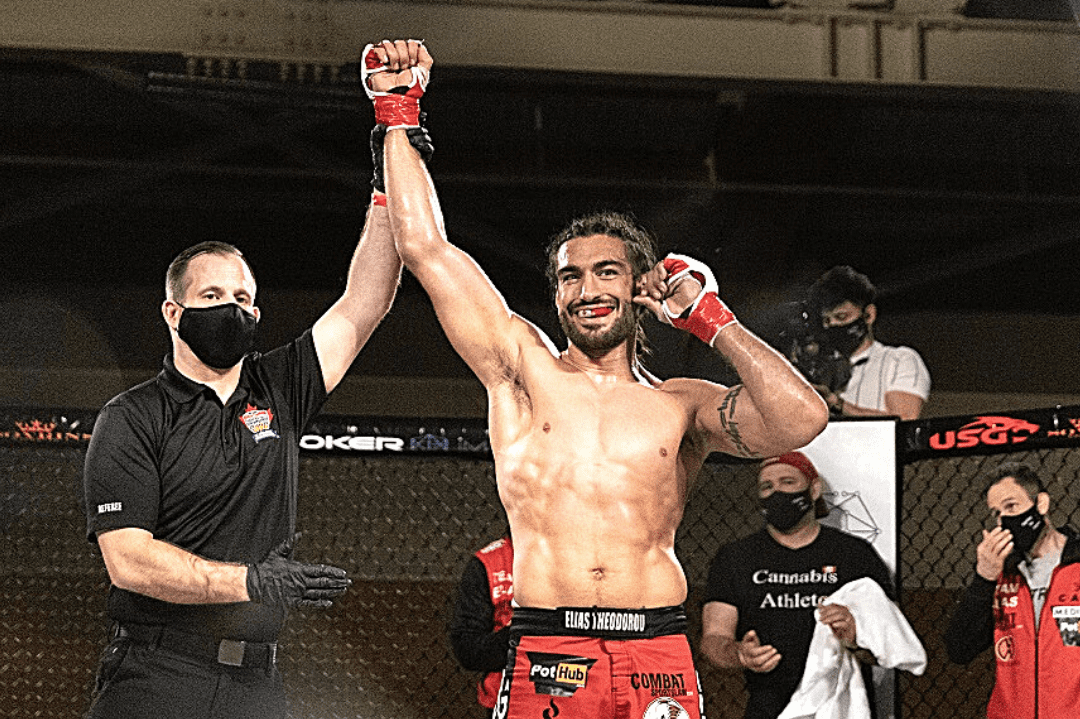 After being granted a therapeutic use exemption in BC, Theodorou won last March at the Rise Fighting Championship 6 against Matt Dwyer, medicating for the first time on fight day. Submitted photo

This December, one fighter will step into the ring to secure a win as the first professional athlete in the U.S. to compete while sanctioned to use cannabis medically.

In May, the Colorado Office of Combative Sports granted Canadian MMA athlete Elias Theodorou (18-3) a therapeutic-use exemption (TUE) to treat his bilateral neuropathy with pot.

And on Dec. 18 he’ll face off against Bellator veteran Bryan Baker (18-5) in a middleweight bout at the Island Grove Event Center in Greenley, Colorado.

“Validating my U.S. Colorado TUE for cannabis with a fight and finish will officially stamp my place in American sporting history as the first sanctioned cannabis athlete,” Theodorou said in a statement.

“This is a precedent not only for myself, but for other athletes in Colorado and other states, which in turn can create a wave of opportunities for other athletes to apply for the same right to medicate with cannabis in competition.” 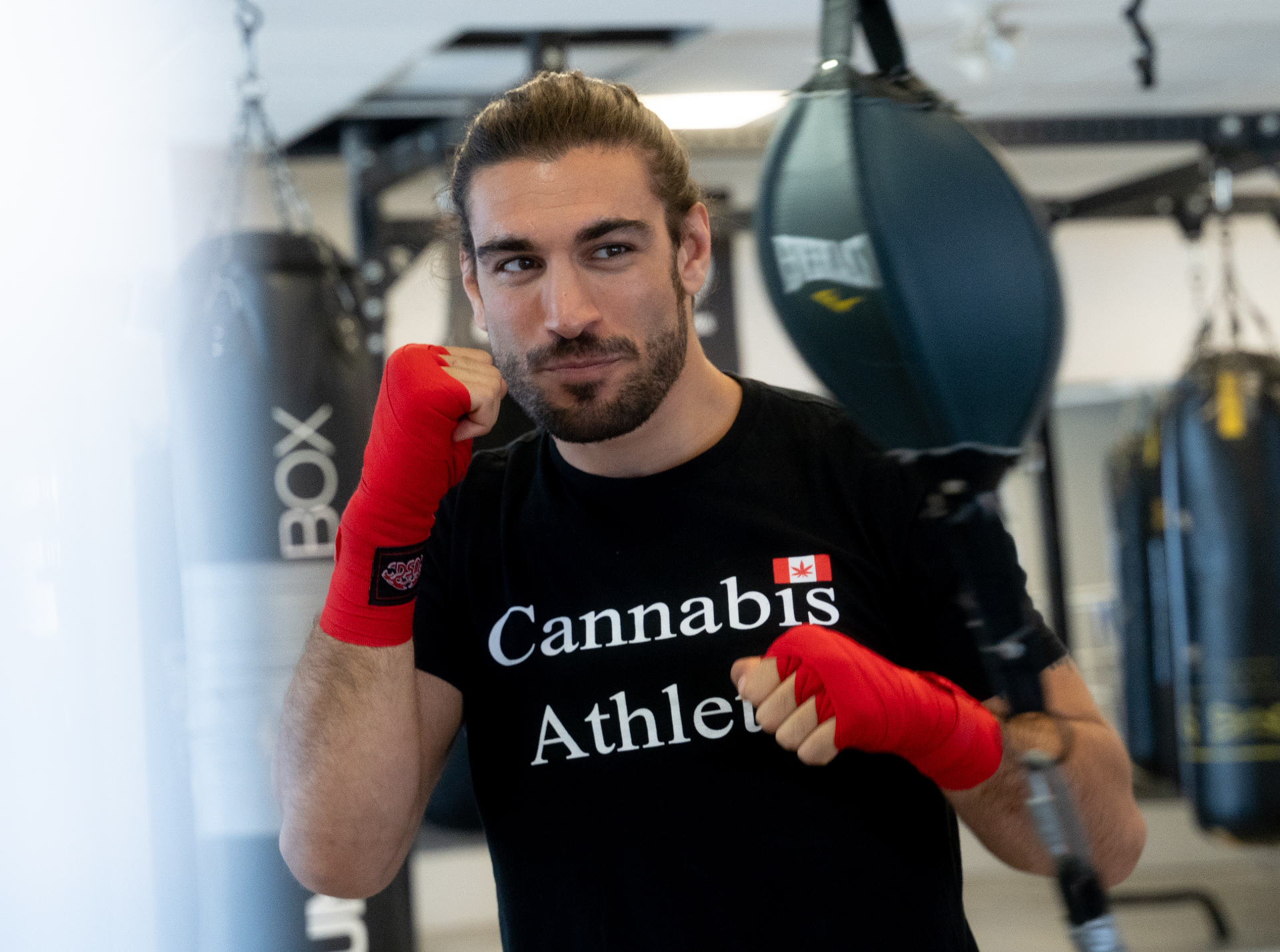 Athlete and advocate Elias Theodorou has been ‘fighting the stigma’ against cannabis use in sport, paving the way for pro competitors to use the substance instead of traditional painkillers. Submitted photo

A spokesperson tells Mugglehead the exemption allows Theodorou to medicate 24 hours before the fight begins.

He’s credited his past advocacy work for the exemption in Colorado, the first time a state-sanctioned sporting regulator has considered cannabis a medicine and approved its use in competition.

In February 2020, Theodorou received his first TUE for cannabis from the British Columbia Athletic Commission, and in March of this year he made his debut as the first sanctioned cannabis athlete in Canada.

He won that fight, against fellow Canadian UFC vet Matt Dwyer (11-9) by technical knockout in the third round, and is going into December’s match on a two-fight winning streak.

The ticket, co-promoted by Colorado Combat Club LLC, will also include a pro welterweight fight between Art Petrosyan and William Dunklem, a pro full-rules Muy Thai super fight between James Martinez and Clement Lacroix, and a bantamweight title contender fight between Carlos Valadez and Micah Haas.

The event will be broadcast on pay-per-view.