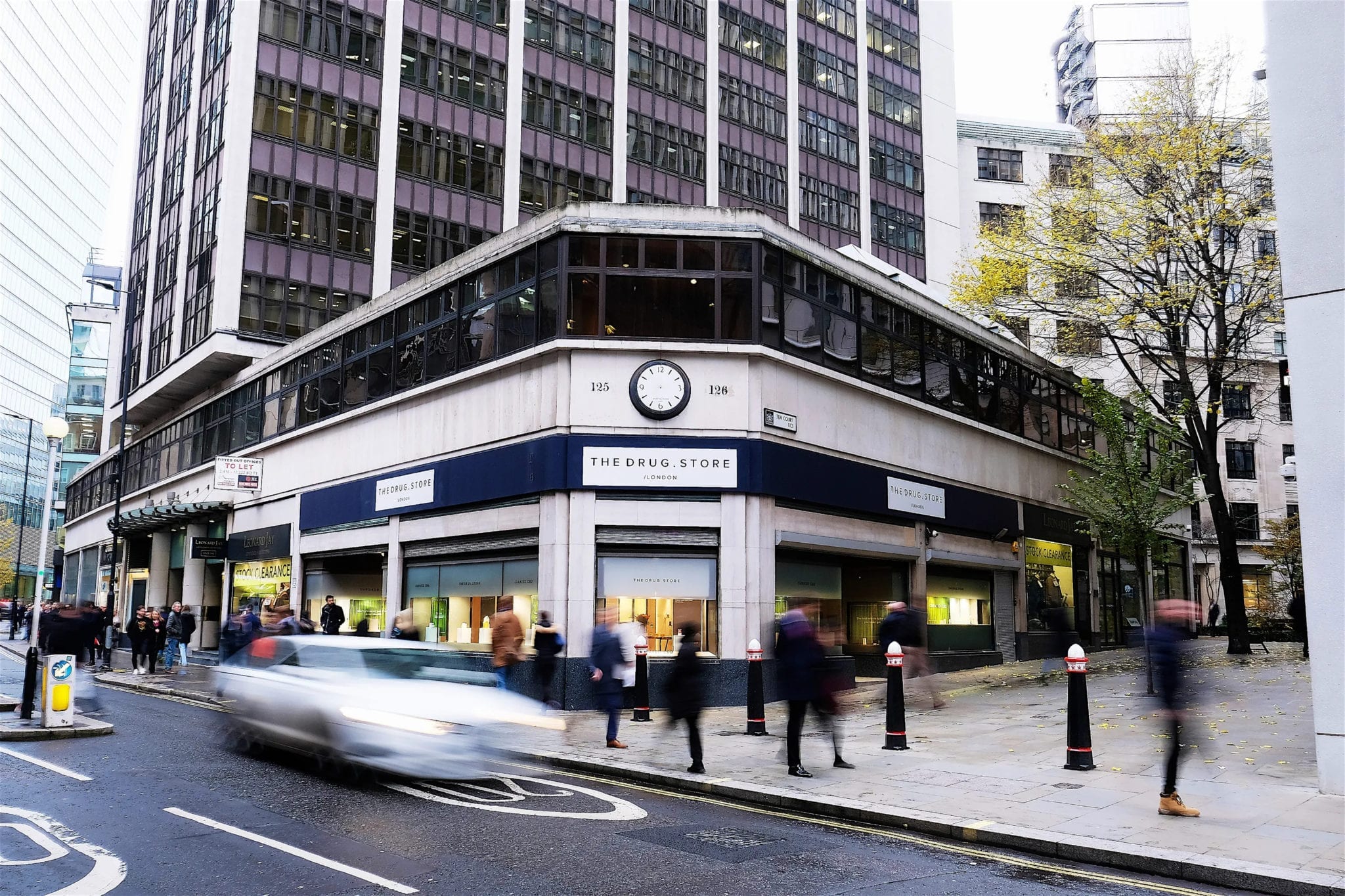 People on the frontlines of the United Kingdom’s nascent cannabis economy are celebrating a forecast of favourable tailwinds.

On Wednesday, Prime Minister Boris Johnson received recommendations from the Taskforce on Innovation, Growth and Regulatory Reform (TIGRR) on how the U.K. can reshape regulation to benefit from his country’s exit from the eurozone.

The independent report included a proposal to move the licensing regime for cannabinoid clinical research and consumer cannabinoids from the Home Office to the Department of Health and Social Care (DHSC) and the Medicines and Healthcare products Regulatory Agency (MHRA).

Advocacy group the Centre for Medicinal Cannabis (CMC) praised the recommendation, which was a key proposal in its submission to the taskforce.

“As the report acknowledges, the present rules governing these medicinal and nutraceutical products are not properly separated from the criminal law relating to banned substances derived from cannabis,” reads a statement from the CMC, explaining that the change is one that could unleash much-needed investment in cannabinoid medicines and consumer products.

The report also includes a range of further recommendations related to streamlining the process for clinical trials, as well as freeing up the natural health product sector.

“This report has focused on potential medical usage and does not recommend decriminalization for recreational use,” it reads. 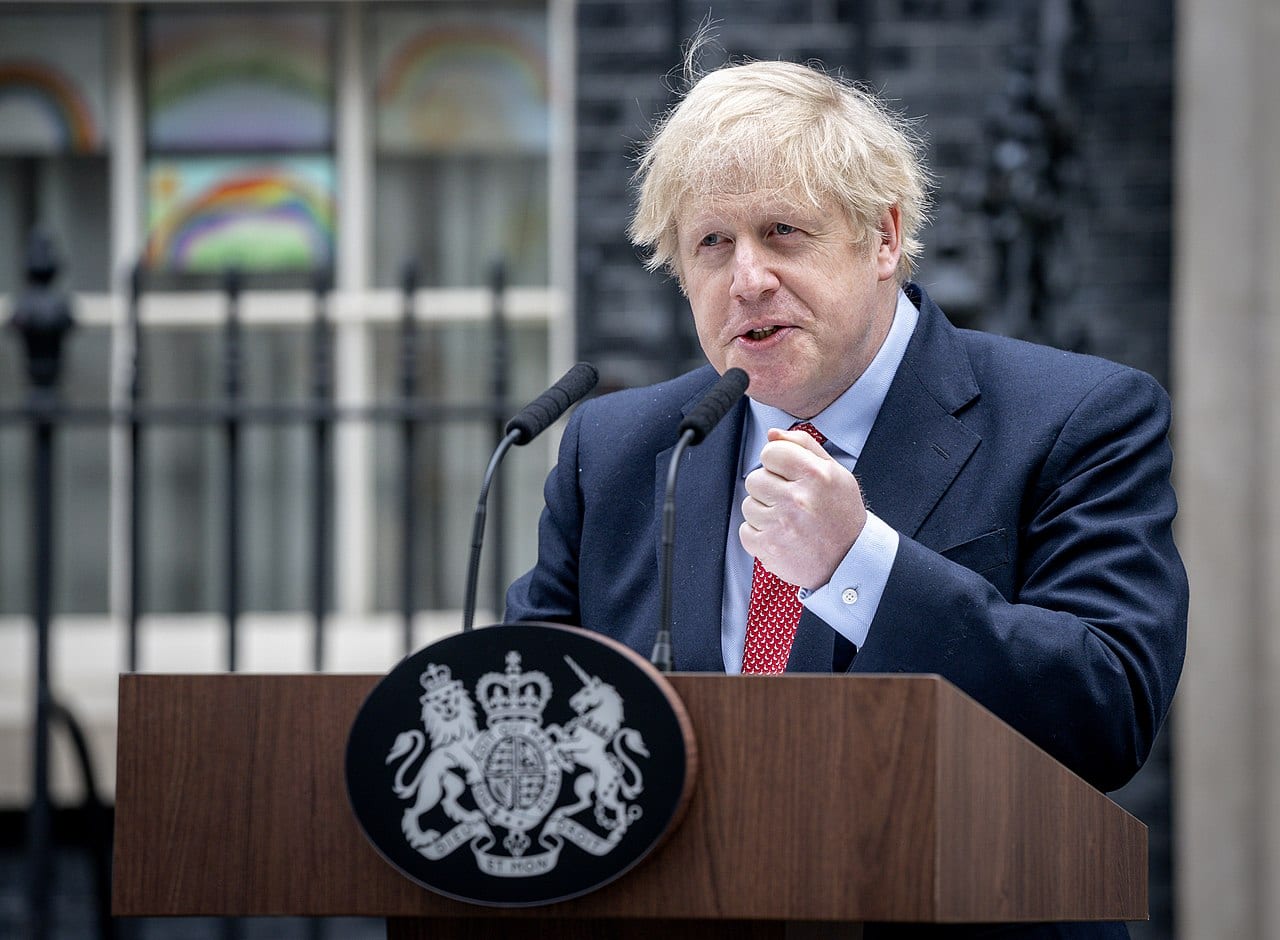 ‘Your report shows what a fully sovereign United Kingdom can achieve given sufficient ambition and vision on the part of its government,’ PM Boris Johnson said in a statement Wednesday. Image by UK Prime Minister’s Office via Wikimedia Commons

“It is obvious that the U.K.’s innovators and entrepreneurs can lead the world in the economy of the future, creating new opportunities and greater prosperity along the way, and levelling up our whole country in the process,” Johnson said in a statement.

“But your report makes it equally clear that, whether in data reform or clinical trials, offshore wind or autonomous vehicles, this can only happen if we clear a path through the thicket of burdensome and restrictive regulation that has grown up around our industries over the past half century.”

CMC founder Steve Moore says the prime minister will respond to the proposals in early autumn.

“We have every reason to believe that there is cross-government support for implementing these recommendations relating to cannabinoids,” he tells Mugglehead in an email.

The UK has been the largest importer of cannabis for use in the medicinal and consumer cannabinoids industry, notes CMC regulatory lead Parveen Bhatarah.

“These recommendations will assist in data generation for improved consumer safety and accelerated sustainable business growth in the cannabinoid sector,” she says. 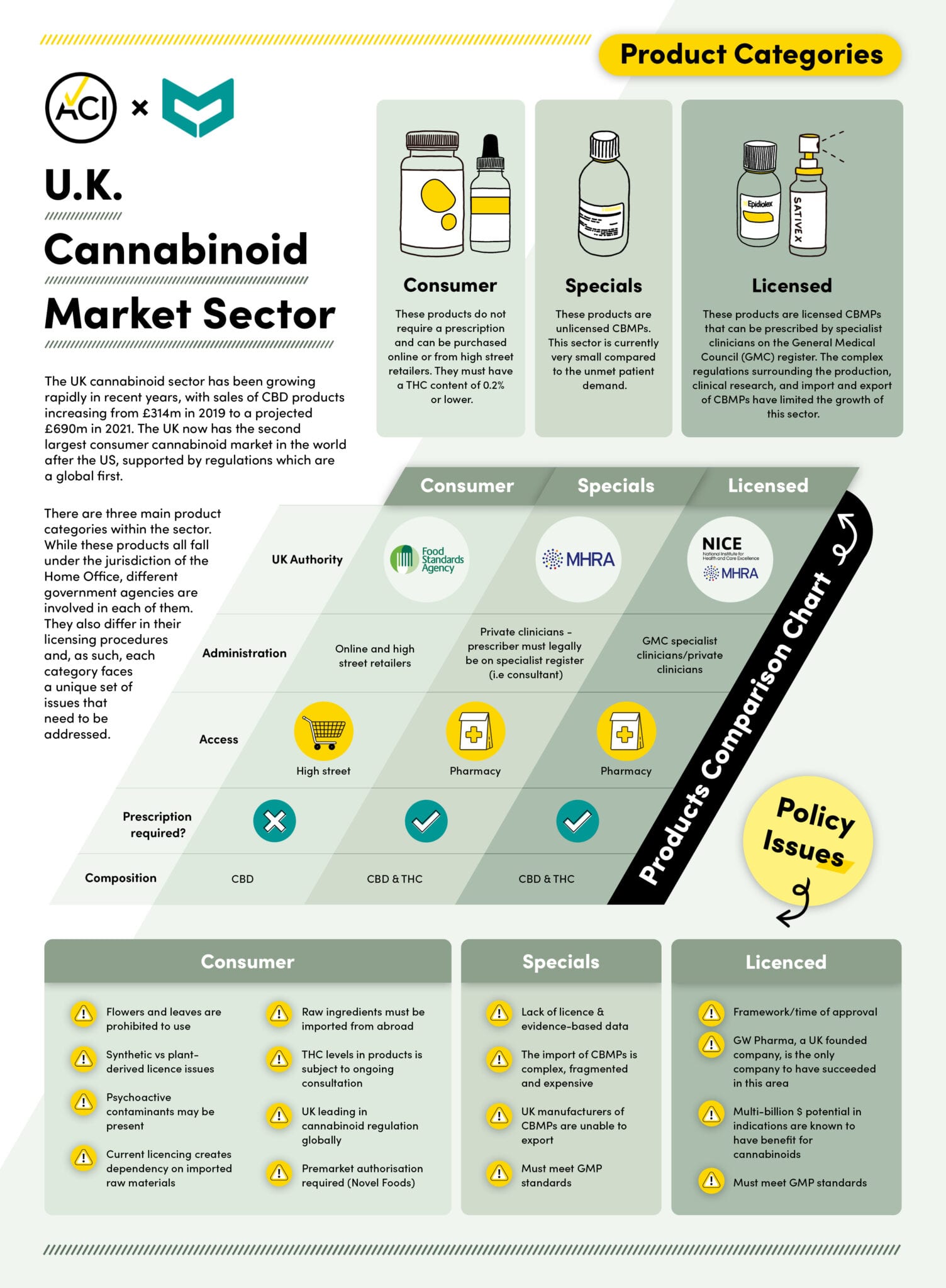 Infographic via the Centre for Medicinal Cannabis

This year, the U.K.’s CBD sector has shot off since its Food Standards Agency started regulating products as dietary supplements.

In a separate report released in May, the CMC and the Association for the Cannabinoid Industry said the domestic CBD sales are set to hit £690 million ($1.2 billion) in 2021.

But the paper argues that government support and regulatory easing is needed to develop more opportunities. Currently, hemp farmers are forced to destroy up to 80 per cent of their hemp crops, including CBD-rich flower.

A separate report from Volteface highlights that a vast majority of CBD in U.K. wellness shops is imported from Switzerland, which isn’t bound by eurozone laws.

Switzerland is the only European country that allows a 1-per-cent THC threshold in hemp cultivation, while the rest of the E.U. has set a limit of 0.2 per cent.

Volteface argues that because the U.K. is leaving the E.U., it has an opportunity to imitate the Swiss guidance.