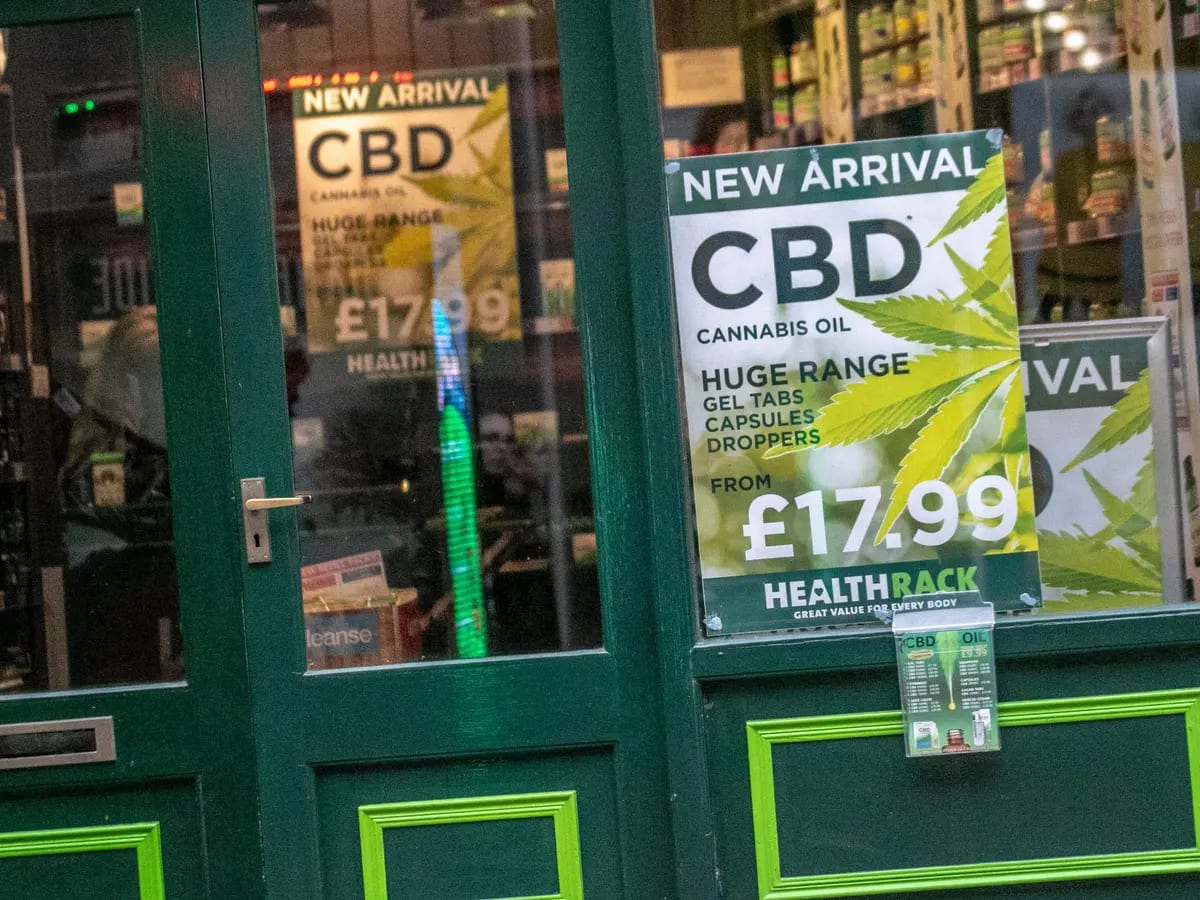 With increased demand during lockdowns, and regulations easing, the United Kingdom’s CBD market is set to generate a record £690 million ($1.2 billion) in sales this year.

That’s according to a new report released this week by two cannabis industry groups, which concludes that “the U.K. now has the most evolved regulatory framework in the world for CBD.”

The paper, Green Shoots: Sowing The Seeds Of The New UK Cannabis Industry​, was written by the Association for the Cannabinoid Industry and Centre for Medicinal Cannabis.

The industry groups say new government support has led to a “quiet cannabis revolution” in Britain, as CBD shops continue to pop up in cities across the island nation.

The paper cites how the U.K. was the first in the European Union to establish a legal framework for cannabis-based medicinal products in 2018, which opened up prescriptions and medical research opportunities with patients.

Cannabidiol, or CBD, is the non-psychoactive compound extracted from either cannabis and hemp plants. In the last year, the extract has been used in countless products marketed to treat conditions such as anxiety, insomnia and acne. However, CBD research is still emerging to prove those healthcare claims.

This year, the U.K. Foods Standards Agency has opened up the domestic CBD industry by regulating products as dietary supplements.

Separately, the Home Office — the federal department responsible for immigration, security, and law and order — is working to establish rules on what are safe and tolerable levels of THC in health products. 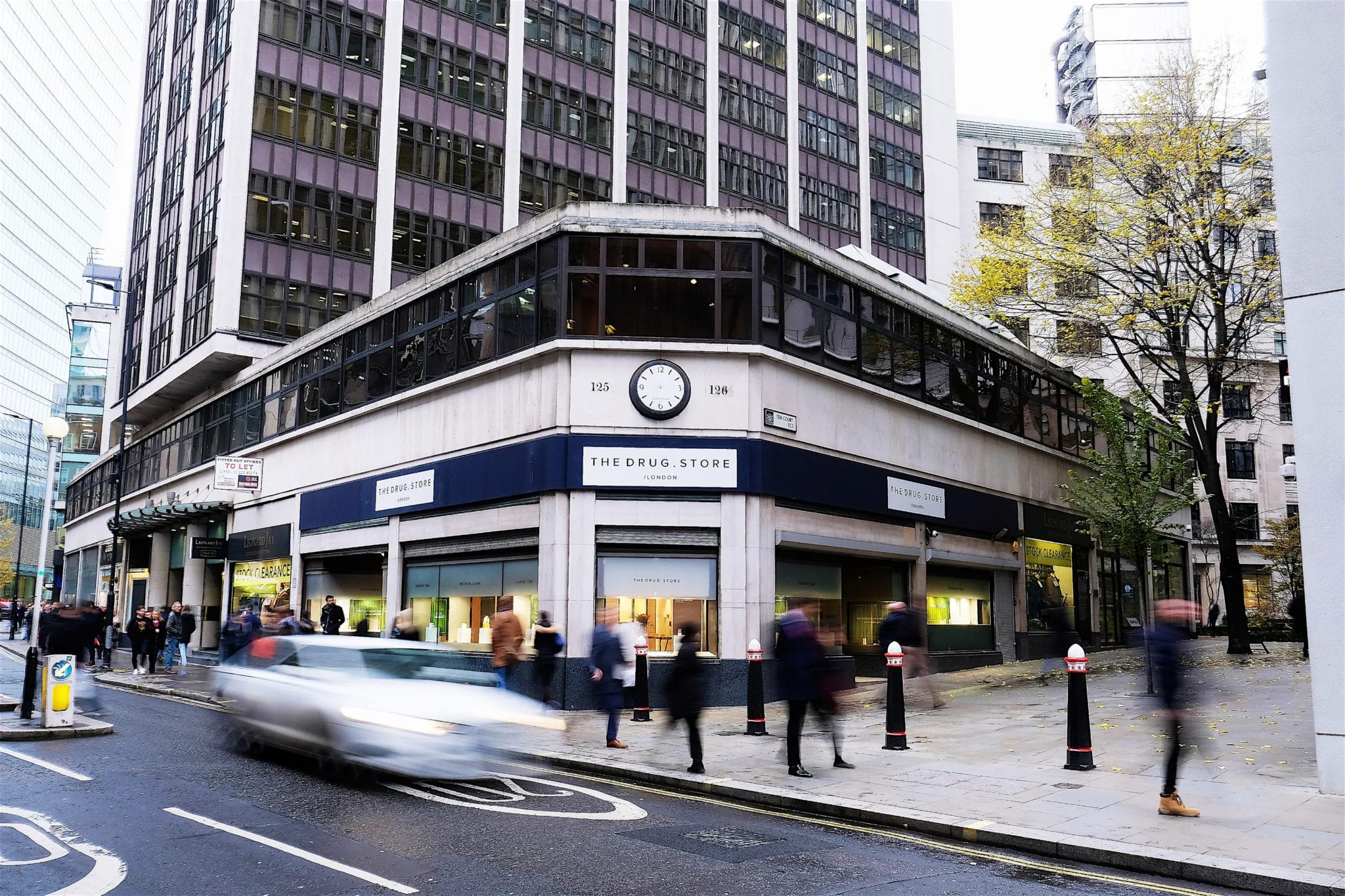 Those policy advancements have led the industry groups to raise their projection for the U.K. CBD market size in 2021 by one third from a previous estimate of £526 million ($888 million).

“The size of this cannabinoid sector is now impossible to ignore,” CMC and ACI co-founder and study co-author Paul Birch said in a statement. “Almost without notice and certainly by accident rather than design, the UK has improbably become the world’s second largest consumer cannabinoids market.”

However, the report claims that more government intervention and investment is needed develop domestic CBD and hemp production opportunities.

Because the U.K. restricts hemp cultivation and cannabidiol processing, the authors note that the bulk industry profits are going overseas.

Under current legislation, hemp farmers are forced to destroy up to 80 per cent of their crops, including the plant’s valuable, CBD-rich flowers.

The industry groups argue that the market represents a key growth sector for the U.K. to stimulate post-Covid economic growth.

Their paper calls on the government to adopt a “proactive strategy” to help create jobs and grow the cannabinoids sector.

The report makes 20 recommendations, which the industry groups have recently submitted to the new governmental Taskforce on Innovation, Growth and Regulatory Reform, established by British Prime Minister Boris Johnson in February.

Those recommendations include: a new centre of excellence to fund and promote the best new clinical evidence to boost the UK’s emerging medical cannabis market; and urgent reform of licensing policy to steer and harness the emerging scientific evidence across the whole spectrum: from agri-science and plant genetics, to novel synthetics, new therapies and clinical trials. 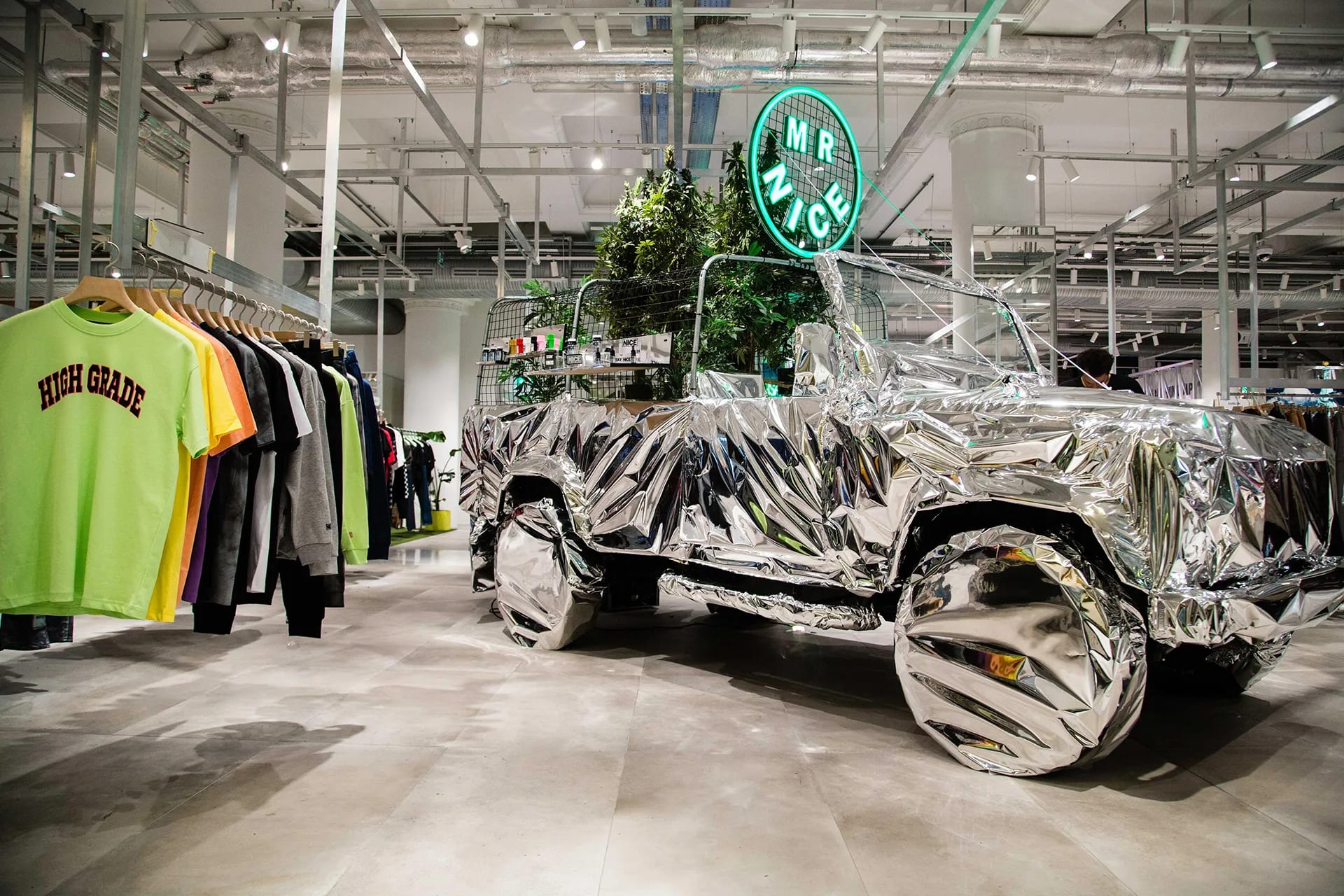 A separate report published this week by drug policy reform group Volteface seeks solutions to “draconian and pointless” hemp legislation in the country.

Since 2018, U.K. hemp farmers have been calling out paradoxical laws that prohibit them from cultivating CBD oil, but allows for the extract to be sold in food and imported from abroad.

“At Margent Farm we’re raising awareness to show the benefits of growing hemp, including building our own farmhouse from the crop’s fibres,” Margent Farm owner Steve Barron said in statement. “Frustratingly current legislation allows us, under license, to grow hemp for seed or fibre, but we must destroy our leaves and flowers and not process for valuable, in-demand CBD oil.”

The issue is linked to European Union policy and subsidies, which the U.K. is moving away from, the report titled Pleasant Lands notes.

The vast majority of CBD sold in U.K. wellness shops is imported from Switzerland, because that country isn’t bound by European Economic Area laws.

Switzerland is the only European country that allows a threshold of 1 per cent THC in hemp cultivation, while the E.U. has a set a limit of 0.2 per cent.

But because the U.K. is leaving the E.U., it opens an opportunity for the country to imitate the Swiss guidance, Volteface argues.

The report proposes that this simple policy amendment would allow British farmers to cash in on hemp-derived CBD and create rural jobs, a pledge that the government is under pressure to deliver on. 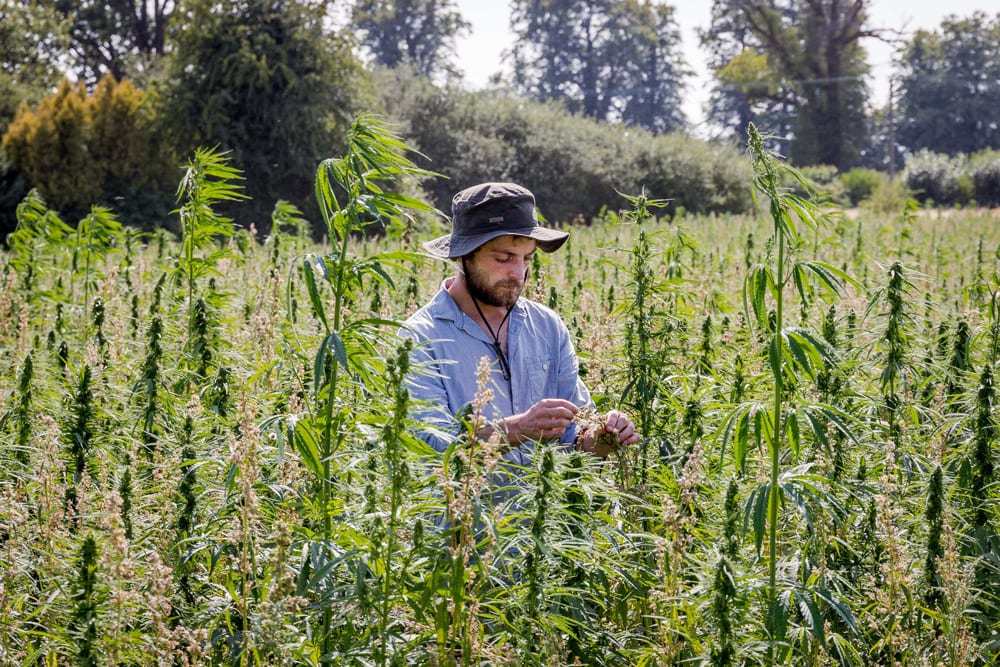 Hemp remains classified as a niche crop in the U.K., with cultivation estimated at less than 2,000 acres annually. There were more than 92,000 acres of hemp seeded in Canada in 2019. Photo via Hempen Co-operative UK

The move would help the U.K. demonstrate legislative sovereignty after leaving the E.U. and could open up Britain as the CBD leader in Europe, Volteface says.

Additionally, looser hemp cultivation laws would open up other opportunities to use the plant to support construction and fibre-related industries like textiles.

“Hemp as a building material should also be championed as part of a pledge to build back better, using British grown hemp materials that are net carbon zero,” Volteface said in a statement.

The paper, which has been backed by Conservative British MP Crispin Blunt, notes that in the last few weeks Environment, Food and Rural Affairs Minister Victoria Prentis has been discussing similar solutions to hemp policy.

The report comes after the U.K. Foods Standards Agency published its list of CBD products that can remain on sale in the country until a decision on their authorization is made​.

The list was published in April and contained only 22 products from just three countries.

Hemp industry groups and advocates were surprised about the short list, considering around 400 applications were submitted for CBD products intended for food or beverages.

​However, Volteface believes more CBD products will get the green light over the next year, as more time-consuming toxicity reports are processed for final FSA authorization. 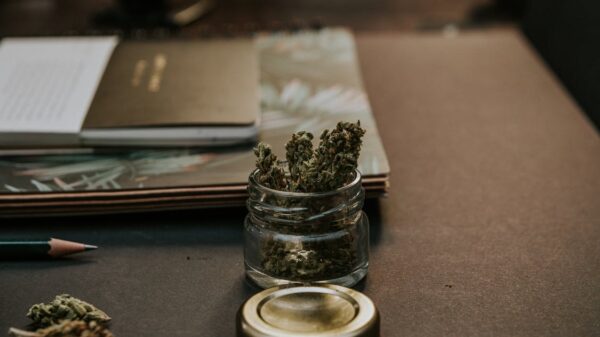 Patients First is a response to U.K. patients voicing frustrations over the quality of legal medical cannabis 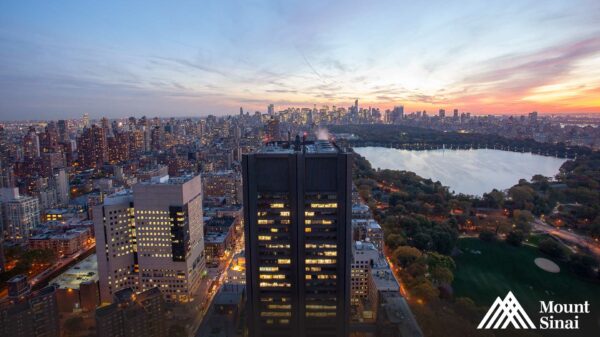 The research will take place at the Icahn School of Medicine at Mount Sinai, New York 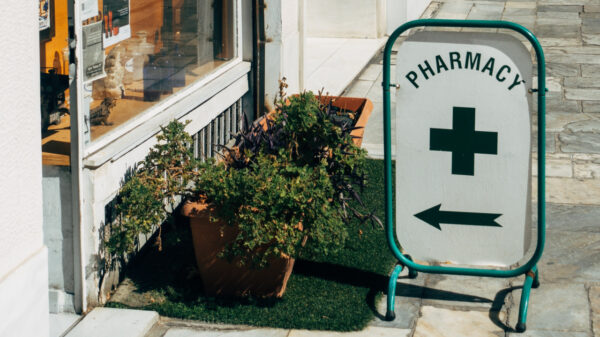