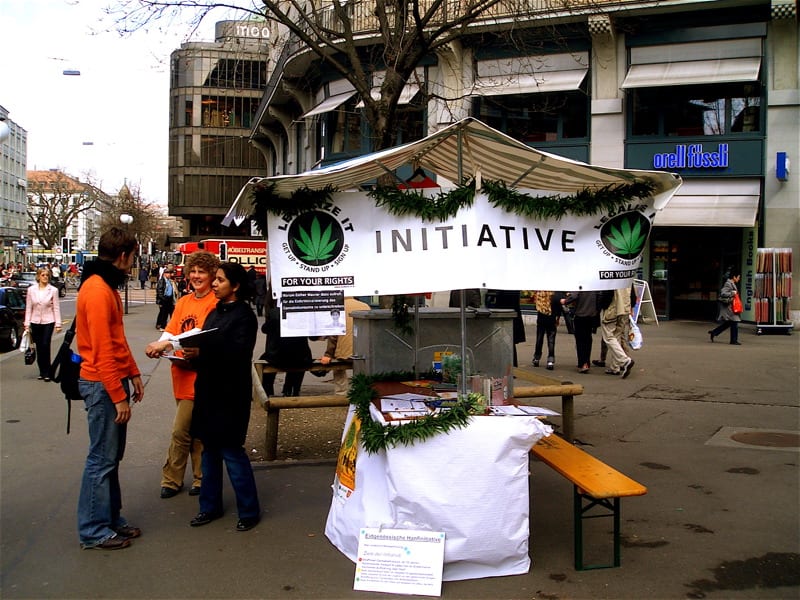 Getting a prescription for medical cannabis just got a lot easier for Swiss patients.

On Monday, Switzerland’s upper chamber of government, the Council of States, approved a proposal that was passed by the Swiss National Council last December to allow doctors in the country to prescribe pot without federal authorization, which was previously required.

The move follows a historic UN vote in December that descheduled cannabis and cannabis resoin from section IV of the 1961 Single Convention on Narcotic Drugs, which was widely viewed as implicitly recognizing the medical value of the plant.

Read more: Morocco moves to legalize cannabis for medical and industrial use

While non-medical use remains illegal, cannabis will now be categorized as a controlled substance under the Narcotics Act. This means that its cultivation, processing, production and trade is subject the Swiss surveillance authority for medicines and medical devices.

According to a statement from Pure Holding AG — a Swiss company with four federal exemptions for THC — prescribing physicians have to provide the federal health office with information on treatment during the first few years after the amendment comes into force.

The aim is to monitor the development of prescribing cannabis medicines and to understand their effects, the company says. This monitoring will help the country scientifically evaluate the legal changes, as well as help enforcement bodies and physicians get up to speed.

Pure Holding applauds the decision, saying that Switzerland has made a historic move that brings it closer to countries with regulated access to medical cannabis like Canada, Germany, the Netherlands and Italy.

The firm says it’s in the process of creating an indoor production facility to produce high-quality flower.

“The prohibition of cannabis, compared to legal drugs, is not based on recent scientific bases, especially as the harmfulness of tobacco and alcohol is not less,” reads the initiative “The arguments used hold less and less morally and legally. Finally, only a regulated market would meet the requirements of the Swiss drug policy.”

Previous medical cannabis legislation came into effect in 2011, and Epidiolex has been available for prescription in Switzerland following its approval by the European Medicines Agency in September, 2019.

Top image: A Legalize It Zuerich booth in May, 2006. Photo by gruntzooki via Wikimedia Commons