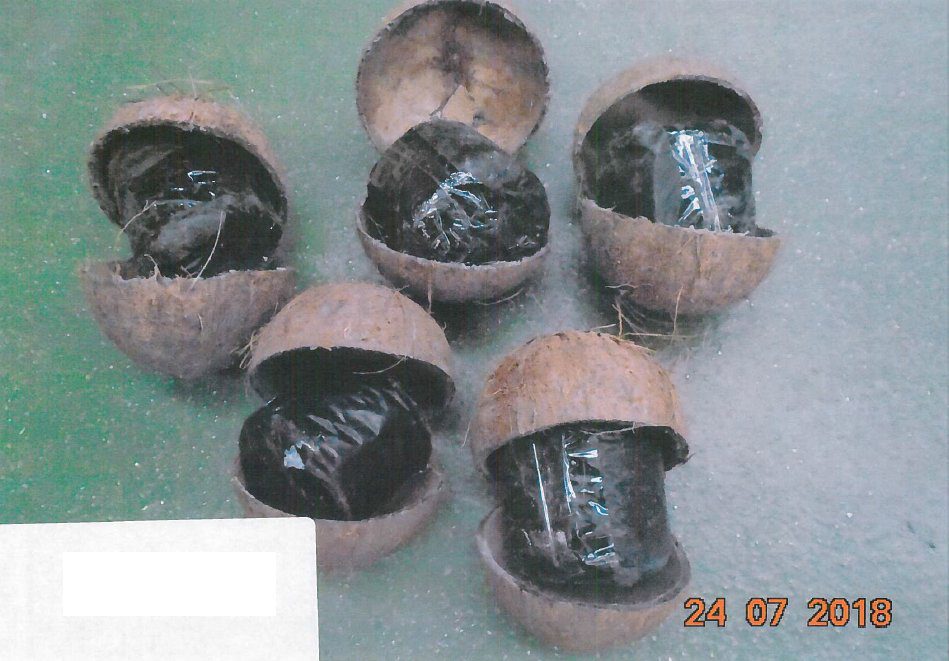 Nearly 140 kg of cannabis was found in the coconuts destined for Soul Food. Image via the National Crime Agency

Three years after cannabis-filled coconuts arrived in the United Kingdom from Ghana, a convicted smuggler has been sentenced to jail again.

In a statement Tuesday, the National Crime Agency says border officers found nearly 140 kilograms of plastic-wrapped weed hidden inside the coconuts after they arrived in a container on July 13, 2018.

The coconuts were on their way to Soul Foods, the business of 53-year-old Richard Myers from Smethwick, West Midlands. He was arrested as part of the investigation.

A drug smuggler who used coconuts to hide almost 140 kilos of herbal cannabis sent from Ghana has been jailed.

“Myers travelled to Ghana to ensure these drugs were on their way, hiding them in coconuts in the hope they would seem to be a legitimate business transaction,” explained NCA senior investigating officer Paul Boniface in a statement.

Altogether the coconut weed weighed about 138 kilograms. Another block of cannabis weighing 497 grams was found at Myers’s home. 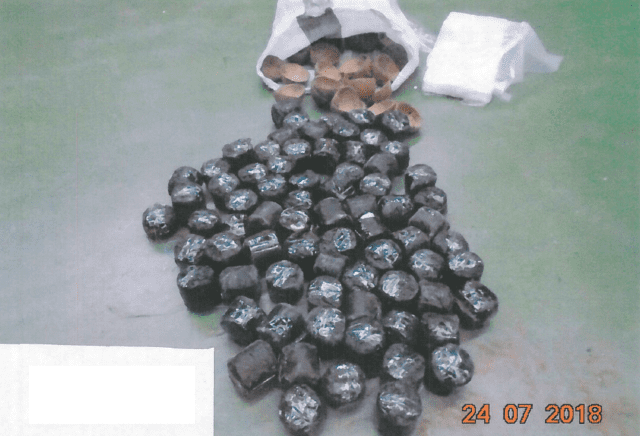 Image via the National Crime Agency

According to the NCA, Myers refused to answer any questions about Soul Foods when interviewed and was charged with importing cannabis and possession with intent to supply cannabis.

He denied the charges but was found guilty at trial and sentenced to seven-and-a-half years in prison on Aug. 20.

“This was not his first attempt at importation and Myers appeared intent on bringing cannabis onto the streets of the U.K.,” Boniface said.

In 1995, Myers had been convicted of drug smuggling, the NCA says, after weed was found hidden in his false-bottomed suitcase.

Myers had also been convicted of importing drugs into Sweden.

On two occasions, in 2002 and 2003, he had been convicted of possession of cannabis when he tried to return to the U.K. from Jamaica with 10.45 kilograms and 4.54 kilograms in his luggage.

In this article:coconuts, importation, National Crime Agency, possession of cannabis