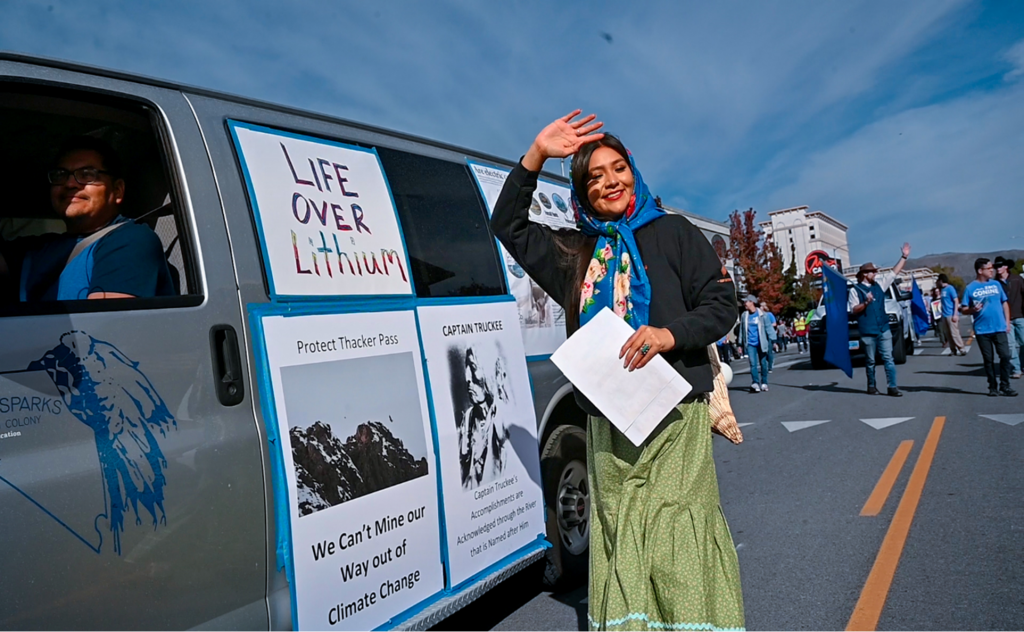 Nevada Indigenous groups, environmental organizations and other activists are protesting against the development of a major open-pit lithium mine run by Lithium Americas Corp (TSX: LAC) (NYSE: LAC) because of significant religious and cultural ties to the area and fear of ecosystem damage.

They are also suing the United States federal government for permitting the development of the project.

On Wednesday, the Reno-Sparks Indian Colony, an Indigenous organization in Nevada, announced that it would be organizing a protest and march on January 5 through the city of Reno and outside the federal courthouse where the final proceedings of its lawsuit against the U.S government will be taking place.

In early 2021, following discussions with elders and other influential community figures, the Reno-Sparks Tribal Council filed a lawsuit against the federal government for “illegally permitting the Thacker Pass lithium mine” in an attempt to protect an area they consider sacred. The Indigenous group alleges that the federal government and its BLM violated the National Historic Preservation Act by failing to properly consult the local native people with ties to the area.

Reno-Sparks says documents exposing the government’s illegal activity discovered through the legal proceedings prompted the Indigenous group to file a Motion to Amend its lawsuit in November 2021, but it was blocked on the grounds that the case would be resolved in a timely manner. However, over a year later the case still remains open. 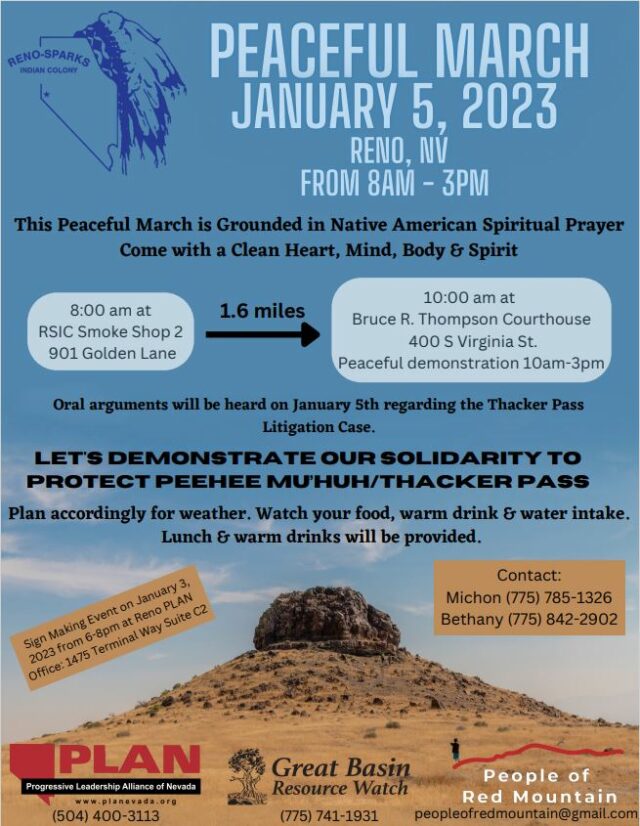 “Peehee Mu’huh (Thacker Pass) is a sacred place where our ancestors lived and died. We still go there to pray, gather food and medicine, hunt, and teach our youth about the history of our people,” said Michon Eben, Tribal Historic Preservation Officer for Reno-Sparks.

One Indigenous woman even described the destruction of Thacker Pass for the sake of the mine as “the biggest desecration and rape of a known Native American massacre site in our area” in reference to a mass murder that occurred there in 1865.

Emmerich added that the open pit, waste rock facilities, noise and water use required for the mine would cause irreparable damage to local wildlife and their habitat.

“No matter what happens in court on January 5, Thacker Pass is being destroyed right now and that threat will be ongoing. We have to stop that” said Max Wilbert, Co-Founder of Protect Thacker Pass.

We're at Thacker Pass to fight for the land, to fight for this place for future generations. Because you can't eat lithium.#ProtectThackerPass #LoyaltyToLandAndLife pic.twitter.com/6ETlMazuTF

Members of Indigenous groups say the site is as important to their culture as Pearl Harbor is to American history. However, lawyers and company representatives for Lithium Americas have argued that the Thacker Pass project is essential for meeting an ever-increasing demand for lithium (forecasted to triple by 2025) and combatting climate change.

“Delay of this mitigation disturbing less than half an acre would halt development of the largest and most advanced lithium mine in the U.S. with no alternative, eliminating the only currently known domestic source of lithium to meet demands for combatting climate change,” said lawyers for Lithium Americas in a 2021 joint statement.

Opponents of the pro-mining anti-climate change position held by Lithium Americas and the government describe their stance on Thacker Pass as “greenwashing” and argue that the project will harm wildlife and generate a significant amount of pollution.

In February 2021 a local rancher filed a lawsuit in a U.S. district court arguing that the proposed mine violated the Endangered Species Act by harming Lahontan Cutthroat Trout and that the mine would inevitably cause permanent damage to springs, wet meadows and water tables.

Additional groups opposing the development of the site include the Burns Paiute Tribe, The National Congress of American Indians and the Inter-Tribal Council of Nevada.

This Thursday, representatives of the Reno-Sparks Tribal Council will be attending the final hearing for their lawsuit at the Bruce R. Thompson Courthouse in Reno and the arguments taking place therein will ultimately determine the future of Thacker Pass and the lithium mine. 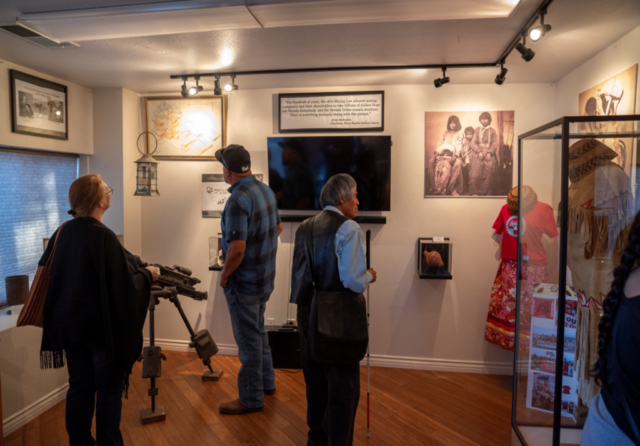 According to Lithium Americas, the proposed mine would last 46 years, employ over 1,000 people during the course of its construction and generate 60,000 tonnes per annum of battery-quality lithium carbonate.

Lithium Americas stock fell by 4.95 per cent today to $24.40 on the Toronto Stock Exchange. 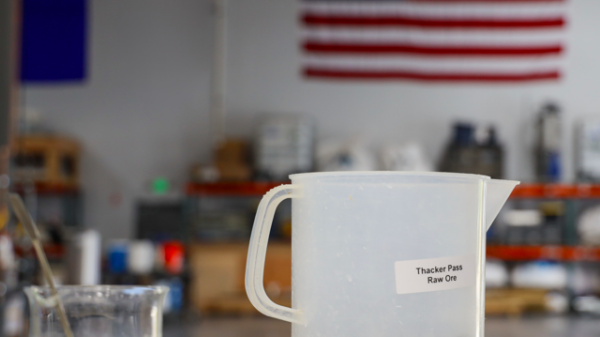 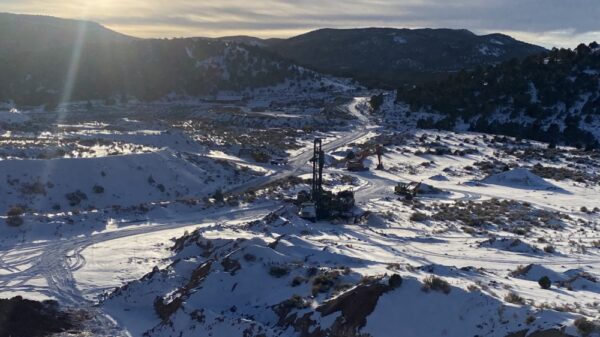