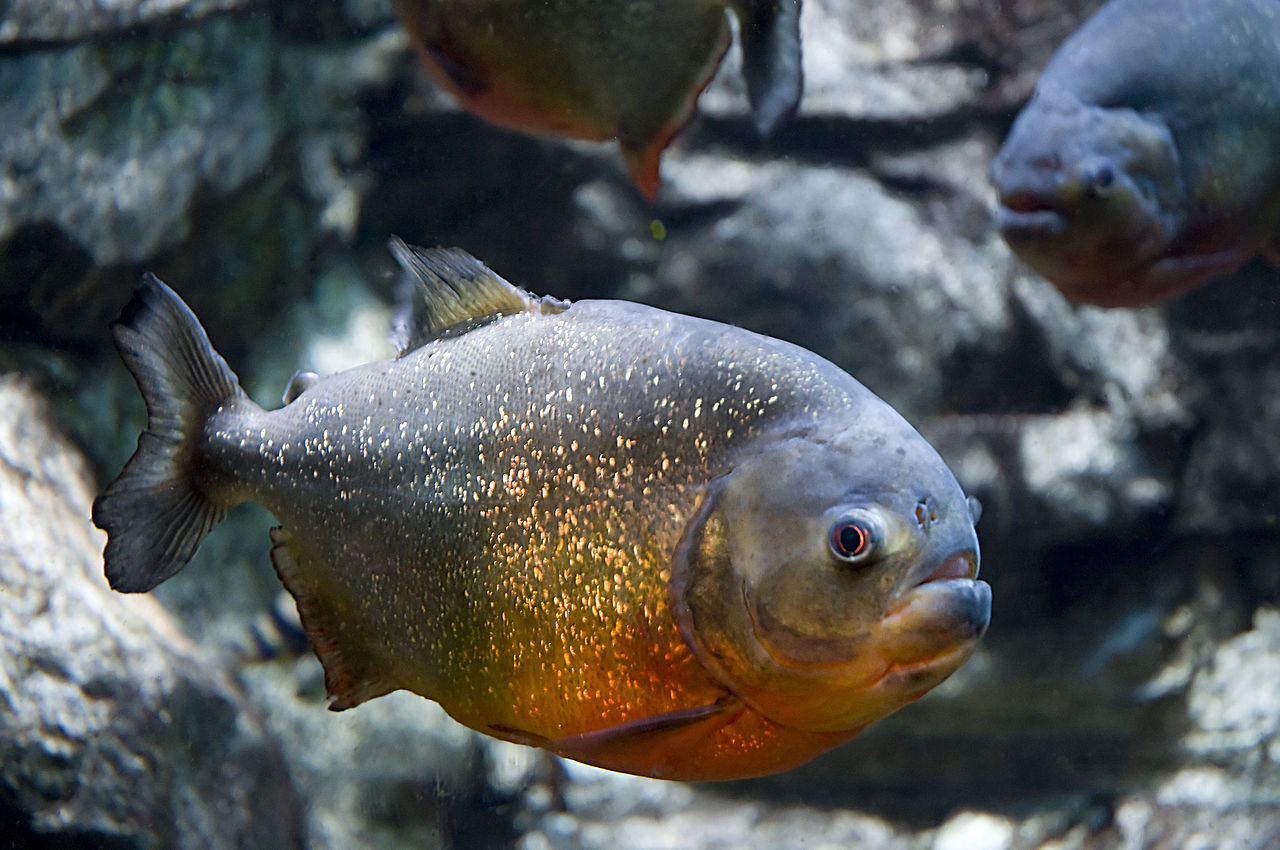 Smaller Canadian cannabis firms are coming for the ankles of big weed like flesh-hungry fish. Photo by Gregory Moine via Wikimedia Commons

While other big weed CEOs like Hexo’s Sebastien St-Louis have acknowledged the larger-than-expected impact of craft producers on Canada’s pot market, in an earnings call Thursday, Tilray, Inc. (TSX: TLRY) (Nasdaq: TLRY) top boss Irwin Simon described some of his competition as mere “ankle biters” selling product on price, which his firm will dismiss by simply building its brands.

The earnings call followed the release of Tilray’s first-quarter results for the three months ended Aug. 31, which showed the company pushing up net revenue by 18 per cent to US$168 million, from US$142.2 million in the last sequential period.

Tilray, which now also includes Aphria’s assets after a merger in May, says it maintained its number one position in market share of Canada’s pot sector, according to HiFyre retail data.

The firm reported a net loss of US$34.6 million, a 203-per-cent increase from net income of US$33.6 million last quarter.

Adjusted earnings before interest, taxes, depreciation and amortization (EBITDA) increased 3 per cent to US$12.7 million from US$12.3 million.

Tilray’s war chest shrank by 23 per cent to US$376 million in cash and cash equivalents in the quarter.

On Thursday’s call, Cowen analyst Vivien Azer asked for comment on quarterly trends in Canada’s adult-use market, particularly related to Tilray’s strategy of getting consumers to buy their products over others at retail.

CEO Simon started by noting that stores, in Ontario, were closed due to pandemic restrictions until the latter half of June, but now they’re back open and at full capacity, which he says is good news.

“We are on the street educating budtenders about our product,” he explained. “We’re trying to do as much social media as we can to bring consumers back into the stores.”

“And with that, consumers out there want good potency, good products and what’s important is for us to be out there building our brands. And that’s the big thing, there’s a lot of little [licensed producers] out there today that are ankle biters that are selling product just on price.”

While he didn’t specify exactly who the ankle biters are, they have to include many of the small and medium firms that have come online in recent months, which in the eyes of many have driven consumer excitement for the industry overall.

Simon also said there have to be changes to regulations made, and his company will be out there lobbying politicians. He mentioned legal advertisements and amendments to current tax rules as target areas.

Simon’s comments were followed by a flurry of subtweets from some of the producers biting his ankles and their supporters.

Ankle biting from 700 LP’s will lead to losing your leg, then the rest of your body.

I’m sure Blackberry thought Samsung and Apple were ankle biters in 2006.

Arrogance in recognizing competition and not defending against it, will ultimately lead to your demise.

Supporting #anklebiters since day one, who – for the record – out perform the big fish very often in this house.

The anklebiters shall inherit the earth