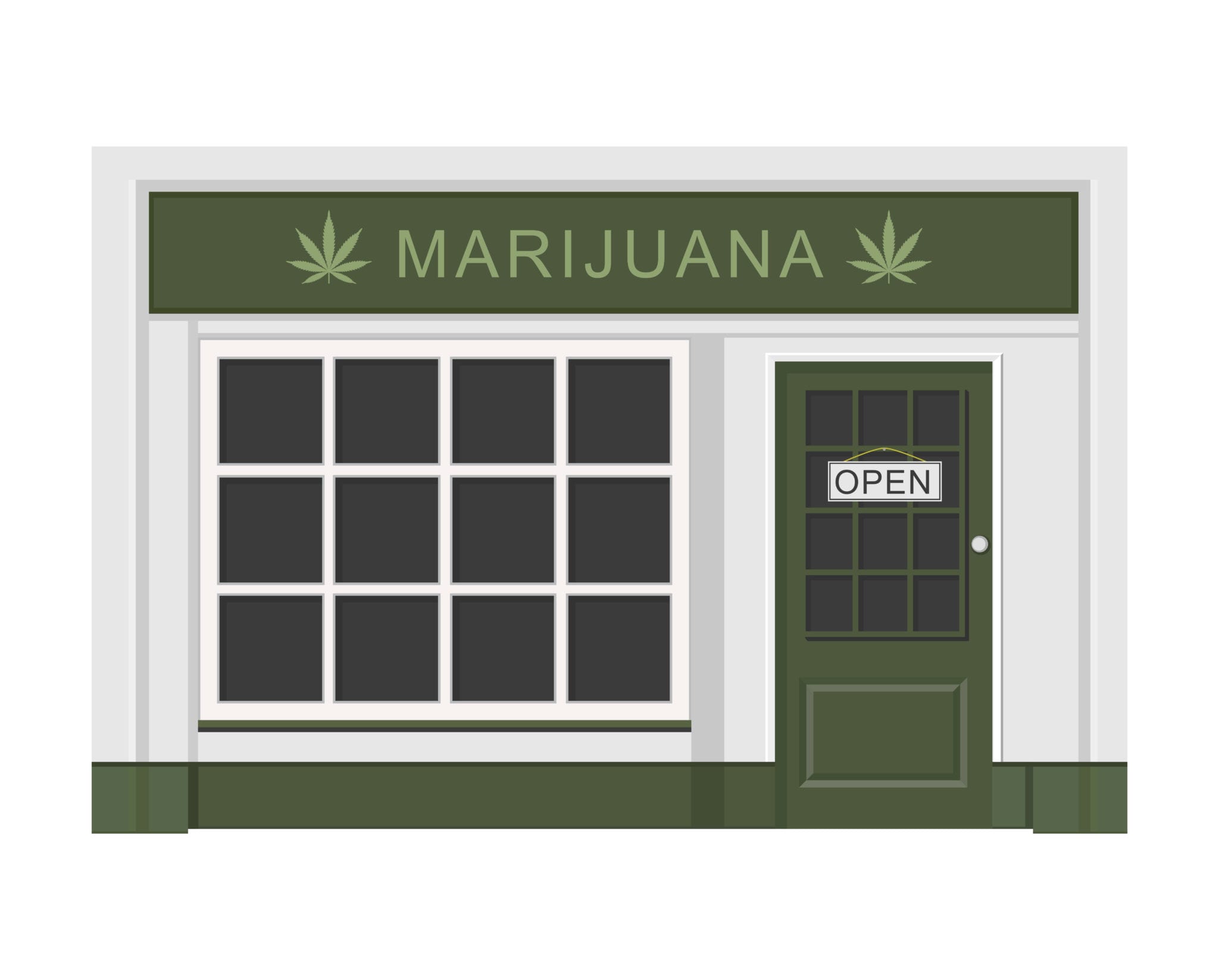 Following the 3 month anniversary of marijuana’s legalization in Canada, analysts and consumers alike are wondering what’s next for Canada’s marijuana retail landscape.

Though the cannabis industry is arguably still in a stage of infancy, the coming months will likely be foundational in the creation of Canada’s legacy cannabis brands, as Canada’s marijuana retail sector begins to experience intensifying levels of competition.

If Canadian retail cannabis is a battle, then the theatre of war is Alberta.

Via The Calgary Herald:

“After more than three months of legalized cannabis, Alberta counts 36 per cent of the country’s legal pot shops.

Of the 183 licensed marijuana outlets open in all the provinces and territories as of earlier this week, 65 are located in Alberta, which comprises only about 12 per cent of the country’s population.”

“. . . other provinces have come to [the Alberta Gaming and Liquor Commission] for advice on how to operate facets of their rollout . . .”

Imitation, as they say, is the sincerest form of flattery.

Not only is Alberta home to the bulk of Canada’s marijuana retail brands, but the regulatory body in charge of the province’s cannabis policy—the Alberta Gaming and Liquor Commission—is setting the tone for the future of legal cannabis products across all of Canada.

With a firm grasp on the importance of the Albertan cannabis market, let’s take a look at some of the biggest Canadian marijuana companies looking to disrupt the marijuana retail sector in 2019.

Westleaf: Set to Become One of the Largest Premium Cannabis Retailers in Canada

Successful branding comes down to creating an experience that truly resonates with consumers.

With private marijuana sales in Canada almost completely limited from online channels, it is the physical retail store experience—and the branding experiences that are contained within—that will drive the majority of marijuana sales. 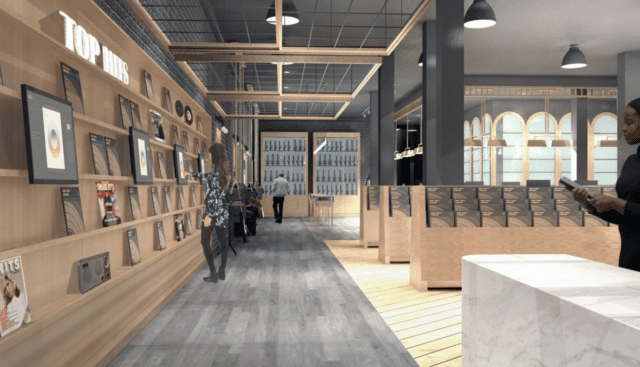 In addition to a growing portfolio of premium retail locations, Westleaf controls the processing, extraction, and cultivation of cannabis—making Westleaf one of the few truly vertically integrated cannabis companies.

Control over this value chain is vital. As the marijuana market continues to mature and the production capabilities of producers expands, additional supply will put downwards pressure on the cost per gram—meaning that only vertically integrated cannabis companies who control access to the end consumer (eg. Westleaf) will be be able to protect their profit margins.

What’s more—Westleaf is already working with some of the industry’s largest licensed producers. Through either strategic investments or development partnerships, Westleaf has attracted the support of Tilray (NASDAQ: TLRY), Delta 9 Cannabis (TSXV: NINE), and Vivo Cannabis (TSXV: VIVO).

In terms of management expertise, Westleaf is in good hands. From proven marketing executives to former MJardin directors and billion dollar asset managers, Westleaf has the guidance it needs to execute on its vision to become Canada’s leading cannabis retailer. 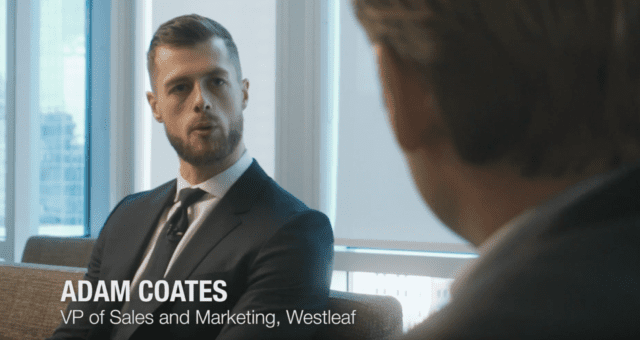 Just last week, Westleaf announced the acquisition of Canndara Canada Inc., a cannabis retail company with over fifty (50) prospective premium retail locations across Canada. Following Closing, expected by the end of this month, Westleaf will have one of the largest cannabis retail footprints under development in Western Canada

With C$27 million in cash and access to C$30 million in low cost, non-dilutive capital from ATB, Westleaf is well-positioned to meet its ambitious target of launching 50 premium retail stores in Canada by the end of 2020.

Back in July 2018, Canopy Growth Corp. announced the acquisition of Hiku Brands, the company behind industry-leading cannabis brands such as Tokyo Smoke.

Since then, Canopy’s market cap has swelled above C$22 billion.

Yet, currently, Canopy has no retail presence in Alberta. As of this report, Canopy operates 8 stores in Manitoba, 1 store in Saskatchewan, and 4 other stores in Newfoundland and Labrador through their Tweed and Tokyo Smoke retail brands.

In just a couple of weeks on Valentines Day, Canopy is expected to announce its financial results for the third quarter fiscal 2019 ended December 31, 2018. With continued growth in its share price, investors must believe them to be stronger than ever – we will know just how strong in a couple of weeks.

Alberta’s very own Aurora Cannabis (NYSE and TSX: ACB) has a stake in 9 cannabis retail stores in Canada, all of which are located in Alberta. Aurora’s retail reach is comprised of 4 store locations under the brand name Canna Cabana (due to their C$10 million investment in marijuana retailer High Tide), and 5 stores under the brand name Nova Cannabis, which is the cannabis retailing arm of Alcanna Inc. (TSX: CLIQ) (the Canadian liquor retailer behind brands such as Liquor Depot and Wine and Beyond).

As of August 2018, Aurora became one of Alcanna Inc.’s newest cornerstone investors.

The exclusive agreement allows Alcanna to open retail cannabis stores under the Aurora brand in provinces where private retail will be permitted.

Alcanna will build, own and operate the new cannabis stores, which will carry a suite of brands from licensed producers, including Aurora, MedReleaf and CanniMed.

Alcanna has started converting some of its 229 liquor stores to cannabis retail outlets.”

In addition to High Tide’s growing portfolio of retail marijuana brands, Aurora has access to a wide selection of converitable retail locations through Alcanna—meaning Aurora’s retail presence is all but guaranteed to increase, should they obtain the required permits to do so.

Just last week, Aurora closed its previously announced offering of 5.5% convertible senior notes due 2024 for gross proceeds of US$345 million (including US$45 million pursuant to the exercise of the initial purchasers’ over-allotment option). Aurora expects to use the net proceeds from the offering of the notes to support its Canadian and international expansion initiatives, for future acquisitions and for general corporate purposes, including working capital requirements to continue the Company’s accelerated growth.

We suspect that some of these proceeds will go toward increasing Aurora’s retail presence.

Fire & Flower Cannabis Co. is an independent cannabis retailer with a significant focus on the Alberta cannabis market. Fire & Flower currently operates 7 stores in Alberta and 2 more in Saskatchewan.

While Fire & Flower is a privately held company, it has received a number of investments from various leading marijuana producers, with aggregate investment totalling well over C$20 million to date. Some of Fire & Flowers most notable investors include Aphria Inc. (NYSE and TSE: APHA) and The Hydropothecary Corporation (TSX: HEXO).

But while investors continue to pine over the potential of CBD-infused coffee beverages, National Access Cannabis is growing into one of Canada’s largest cannabis retailers.

National Access Cannabis operates 14 stores in Alberta and 1 in Saskatchewan through its acquisition of retail marijuana brand NewLeaf Cannabis and 8 stores in Manitoba under the brand Meta Cannabis Supply Co.

National Access Cannabis recently announced revenue of just under C$3.8 million in Q1 2019, an increase of nearly 766% in comparison to Q1 2018. It also generated over $10 million in cumulative sales since Legalization at an average gross margin of over 32%.

The retail cannabis sector in Canada is evolving. New, innovative market entrants such as Westleaf are challenging the Q2/Q3 2018 strategic investments of some of Canada’s biggest marijuana growers. Across the board, cannabis retail concepts are about to be put to the test—and it will be the concepts that most deeply resonate with Canadian consumers that will survive, thrive, and go on to eventually become Canadian legacy cannabis brands.

Disclosure: Directors of Mugglehead own shares of Westleaf Inc. and other marijuana stocks not mentioned in this release.