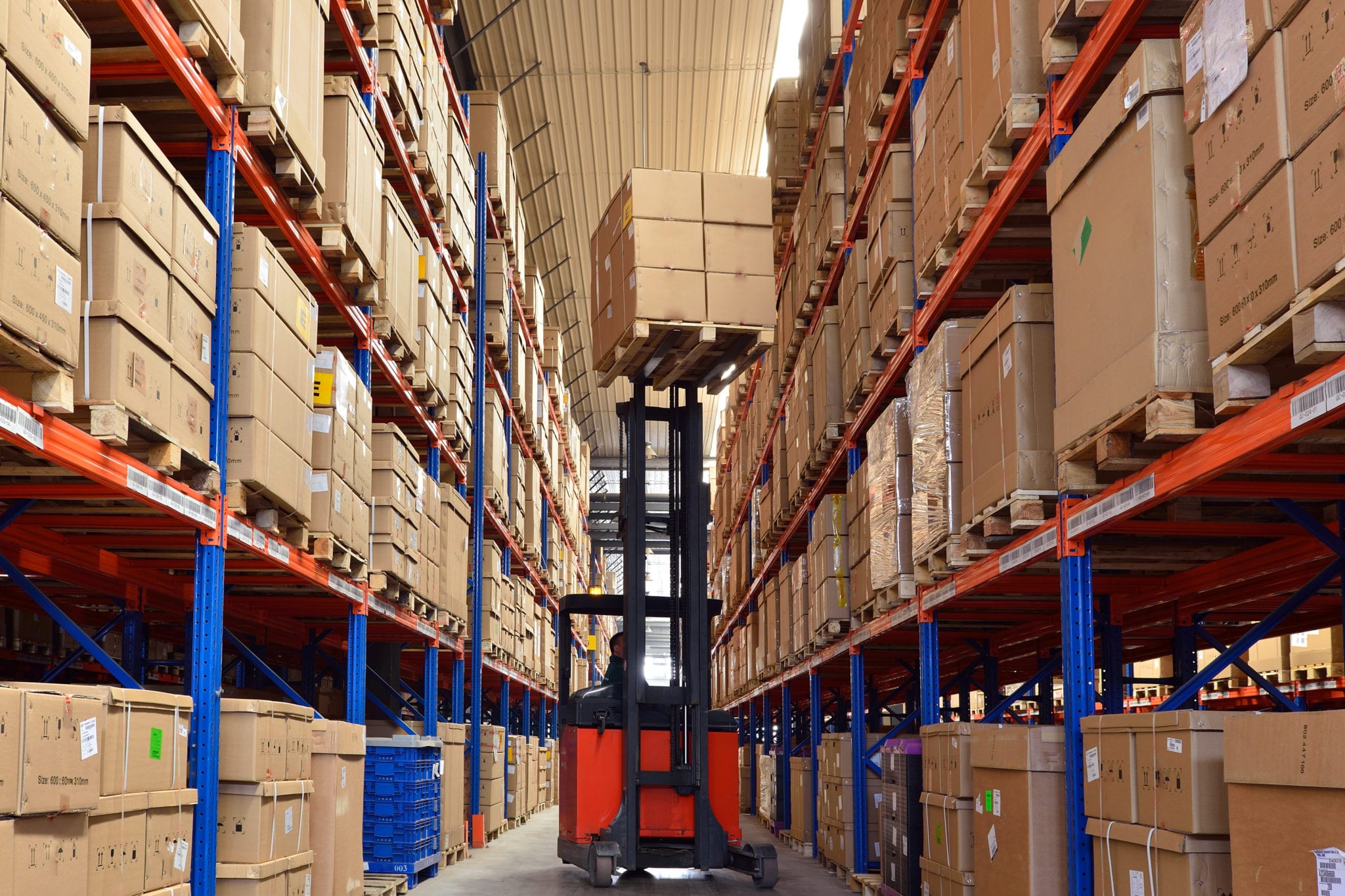 In its first-quarter financial report Wednesday, the OCS says that between April and June legal cannabis sales made up 25.1 per cent of the total market, a slight increase from 24.7 per cent in the previous quarter.

In the 18-page report — which includes data on sales, pricing, retail stores and supply chains — the OCS highlights how legal prices are undercutting the unregulated market for the first time. The average price of dried flower per gram on the OCS website fell to $7.05 including tax in the quarter, beating the average price listed on illegal mail-order weed sites, which was $7.98.

“This quarter marks a milestone for the sector on the critical front of pricing,” chief commercial officer Cheri Mara said in the report.

Missing from the report and previous OCS disclosures is how much the Crown corporation marks up prices for private retailers, noted Brazeau Seller Law partner Trina Fraser on social media following the release of the report.

Transparency on wholesale pricing is important because the OCS — Ontario’s sole weed wholesaler and licit online seller — is competing with all 110 brick-and-mortar stores in the province it’s wholesaling to, she says.

“This has always been a little bit of a bee in my bonnet,” Fraser said in a phone interview. “I’ve been asking these questions for two years now and really all I’ve ever been told is that, ‘Prices are always in flux and it varies from product to product. And there’s a lot of variables that [the OCS] takes into account.'”

Mugglehead asked the OCS why the wholesale figures remain undisclosed.

“Each jurisdiction negotiates its own contracts with individual licensed producers. These commercial agreements, like those in other industries, are not shared publicly,” OCS spokesperson Daffyd Roderick replied in an email.

Fraser points out how British Columbia revealed pre-legalization that it would apply a flat 15 per cent mark up on all cannabis products distributed by the province to private retailers.

That clarity on wholesale costs is helpful for industry players, especially smaller retailers and producers, she says, because it helps them build and forecast their business models.

“It’s important for the industry to know wholesale costs on a granular level, because let’s say you’re thinking about applying for a micro cultivation licence: You’re going to want to know how much you’re going to get paid, what’s the range, how they categorize flower, and how much they sell product to the retailer for,” Fraser said. 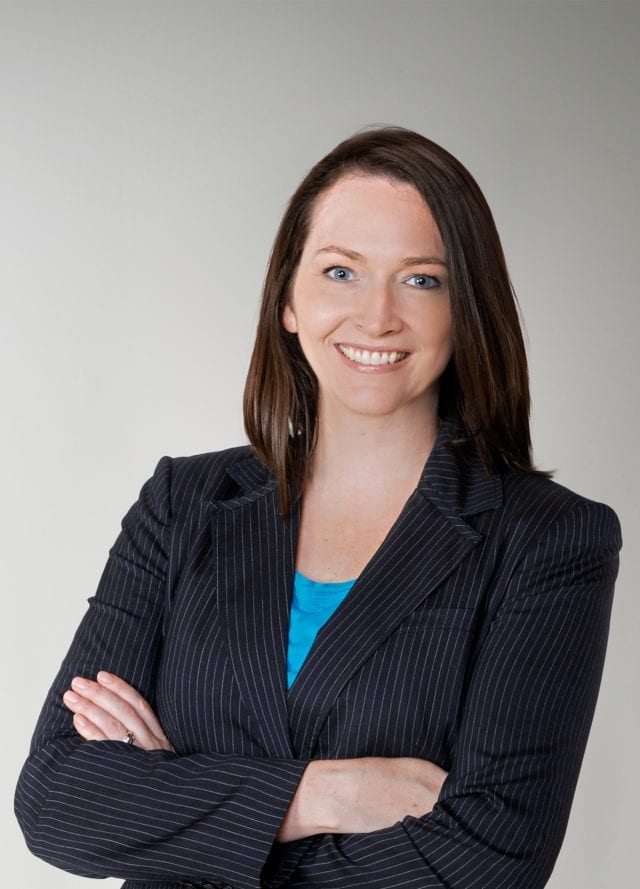 When one of her clients was interested in farm gate sales, they applied for a retail licence for their Ontario production site. But the small cultivator was forced to sign a nondisclosure agreement with the OCS, Fraser says, before the province would tell them what the proposed supply terms were for farmgate sellers.

“Why is that something that I’m not allowed to talk about?” asks Fraser. “I don’t understand this veil of secrecy.”

The lack of transparency is especially frustrating as many of Ontario’s producers, processors and retailers are struggling to turn a profit.

“They should have the right to know the margins that the products that are getting marked up by the OCS are reasonable for what services they provide,” she said.

And because cannabis consumers in Ontario have reportedly seen some of the highest prices in Canada, Fraser suspects the province’s mark ups are also high — another reason she wants to see more public scrutiny on the issue.

In February, CBC News reported that on average, Ontario was charging 32.5 per cent more than B.C. for the exact same set of cannabis oil products and 25 of 35 of the products were more expensive in Ontario.

In a Reddit AMA, the OCS took a full day to answer a question on why the OCS has higher price points relative to other provincial stores.

Chief commercial officer Mara said it’s not the OCS’s job to compete with other provinces. Her team constantly monitors prices of products across the country, and for the most part they are aligned, she said.

However, Mara noted in OCS’s latest report that licensed producers have been improving quality and efficiency, which has helped the provincial operator reduce prices on 558 products in the quarter.

“The emergence of larger-format 28-gram value products at prices as low as $4.20 per gram, with taxes, is another major story of this quarter,” she says.

The drop in legal prices and continued growth overall against the black market was significant, Mara says, since the fiscal quarter took place during the start of the Covid-19 pandemic.

According to the report, consumers bought around $126 million worth of weed in the quarter.

The OCS sold 5.6 million grams of cannabis to consumers, while 8.4 million were sold by private retailers. Dried flower took up the lion’s share of those purchases, with about $74.5 million or 61 per cent of sales.

The OCS sold 763 unique products in the quarter, which has increased since cannabis 2.0 products first launched at the end of 2019.

The report also looked for public feedback on why people avoid shopping at OCS.ca.

Around 40 per cent of those surveyed didn’t like how products were consistently out of stock, while 14 per cent said they found what they wanted for less elsewhere. Approximately 17 per cent complained prices aren’t falling fast enough and 11 per cent cited poor quality.

The OCS also highlighted which cannabis brands led in various product categories between April 1 and June 30. Private operator Redecan led in the important dried flower and vape segments with 13 per cent and 22 per cent shares, respectively. Miami-based Bhang Corp. ate up top spot in the edible category at 30 per cent, while Canopy Growth Corp. grabbed three of the top five spots for most popular beverage brands in Ontario. 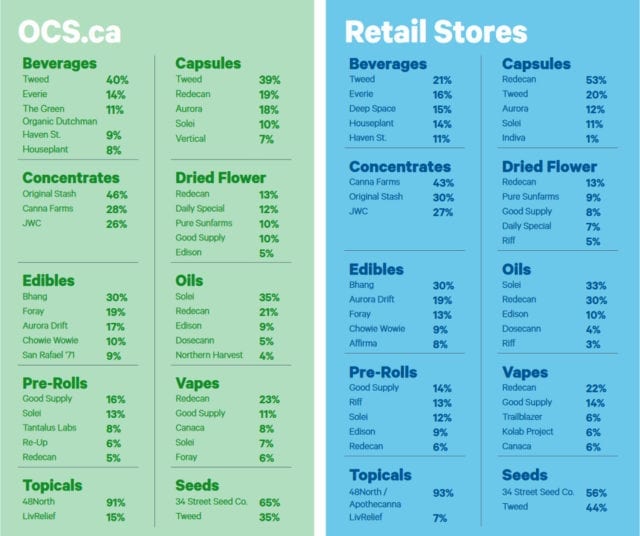