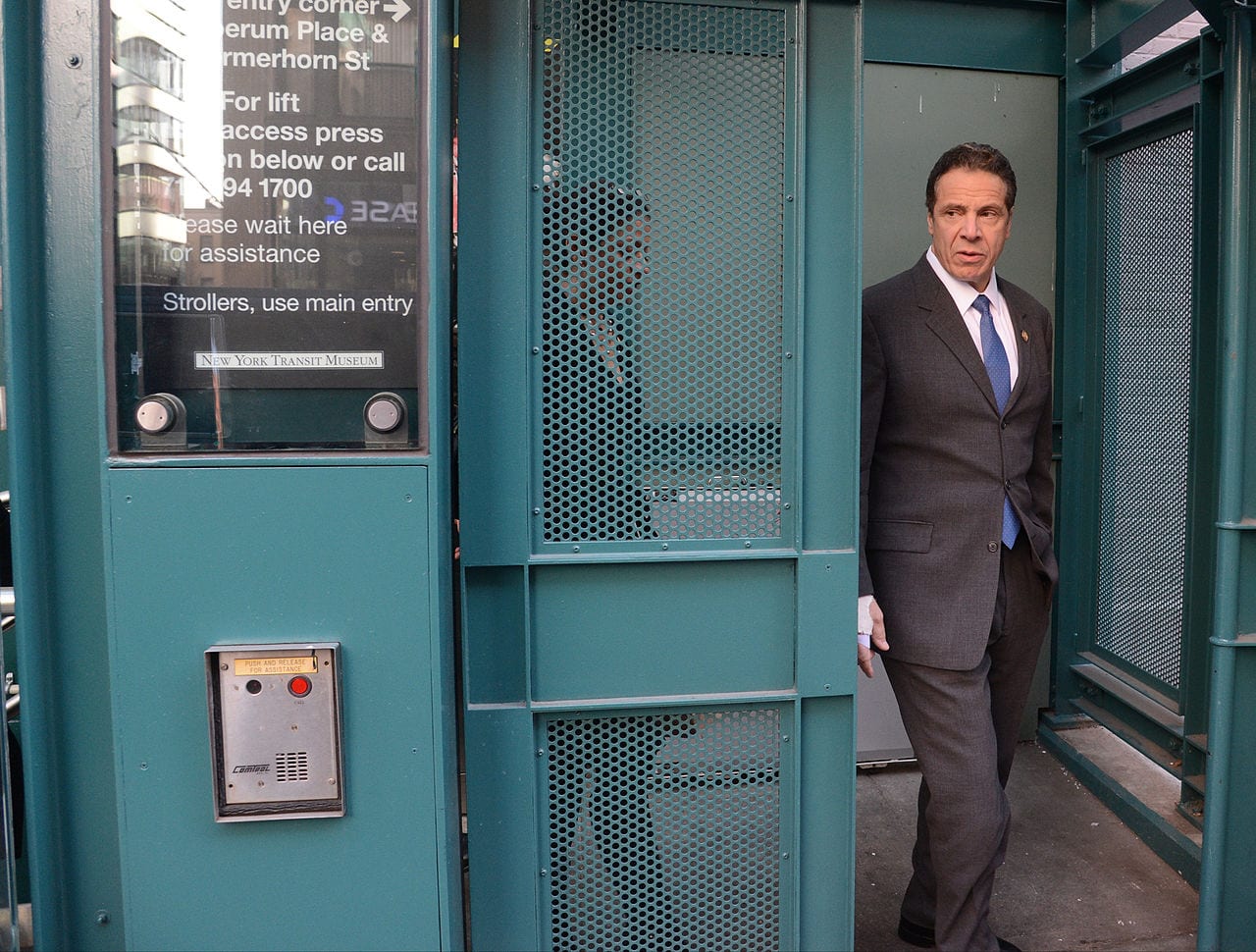 New York Gov. Andrew Cuomo is among a number of prominent politicians — including the vice- and president-elect — who have hard pivoted their positions on pot from dangerous substance to obvious object for policy reform.

Like Kamala Harris and Joe Biden, experts say pressure from political peers, calls to end disproportionate injustices caused by the war on drugs, and massive potential for economic benefit have swayed Cuomo to his staunch pro-cannabis stance of today. At the helm of one of the biggest states in the union, the governor passing legalization would be a huge domino falling in favour of the movement.

In January, Cuomo promised to push a bill through by the end of this year, but in a more recent discussion his top cannabis advisor indicated that deadline has been pushed back to April of next year.

Though now a clear champion for legal cannabis, pushing for adult-use legislation in the state’s 2019 and 2020 legislative sessions, Cuomo’s support follows years of strong opposition. As recently as February 2017, he pushed back on legalization calling weed a “gateway drug.”

At the time, the governor said he remained unconvinced of the case for reform and its potential positive impact on society. Cuomo’s shaky stance aligned with the state’s medical program, which he only began to show support for in 2013. The program was often criticized for being overly restrictive due to its cap of five licensed operators and few qualifying conditions.

But beginning in 2017, both Cuomo and the program started to liberalize significantly. The governor signed off on several expansions to medical access, including adding post-traumatic stress disorder to the list of qualifying conditions in a show of support for veterans.

In 2018, Cuomo began his support for adult-use, launching a study to investigate its pros and cons. Now, as the politician advocates for a cannabis reform bill, New York lawmakers and advocates muse on several reasons motivating his ideological shift.

Some cite the pressure put on Cuomo by his 2018 primary challenger Cynthia Nixon. The progressive Nixon pushed Cuomo on a series of topics, notably on cannabis, which his opponent said was an imperative social justice reform component.

She drew so much attention for saying she would legalize cannabis that it caused Cuomo to change his stance, says Ryan Lepore, who’s the deputy director of NYC NORML and worked for over a year at the State Assembly.

More recently, Lepore says the gung-ho approach by neighboring New Jersey Gov. Phil Murphy helped apply pressure to New York, which had already watched Massachusetts and Vermont legalize recreational weed. Consumers have more opportunities than ever to cross state lines and fill their stash, sapping potential revenues away from local coffers while facing a mounting deficit. This April, the New York State Division of the Budget announced a US$13.3 billion revenue shortfall in its January forecast.

The budget, strained by the pandemic, could use the boost from legal cannabis, says Mary Pryor, co-founder of advocacy group Cannaclusive. But she worries the move could divert focus away from the restorative justice component. 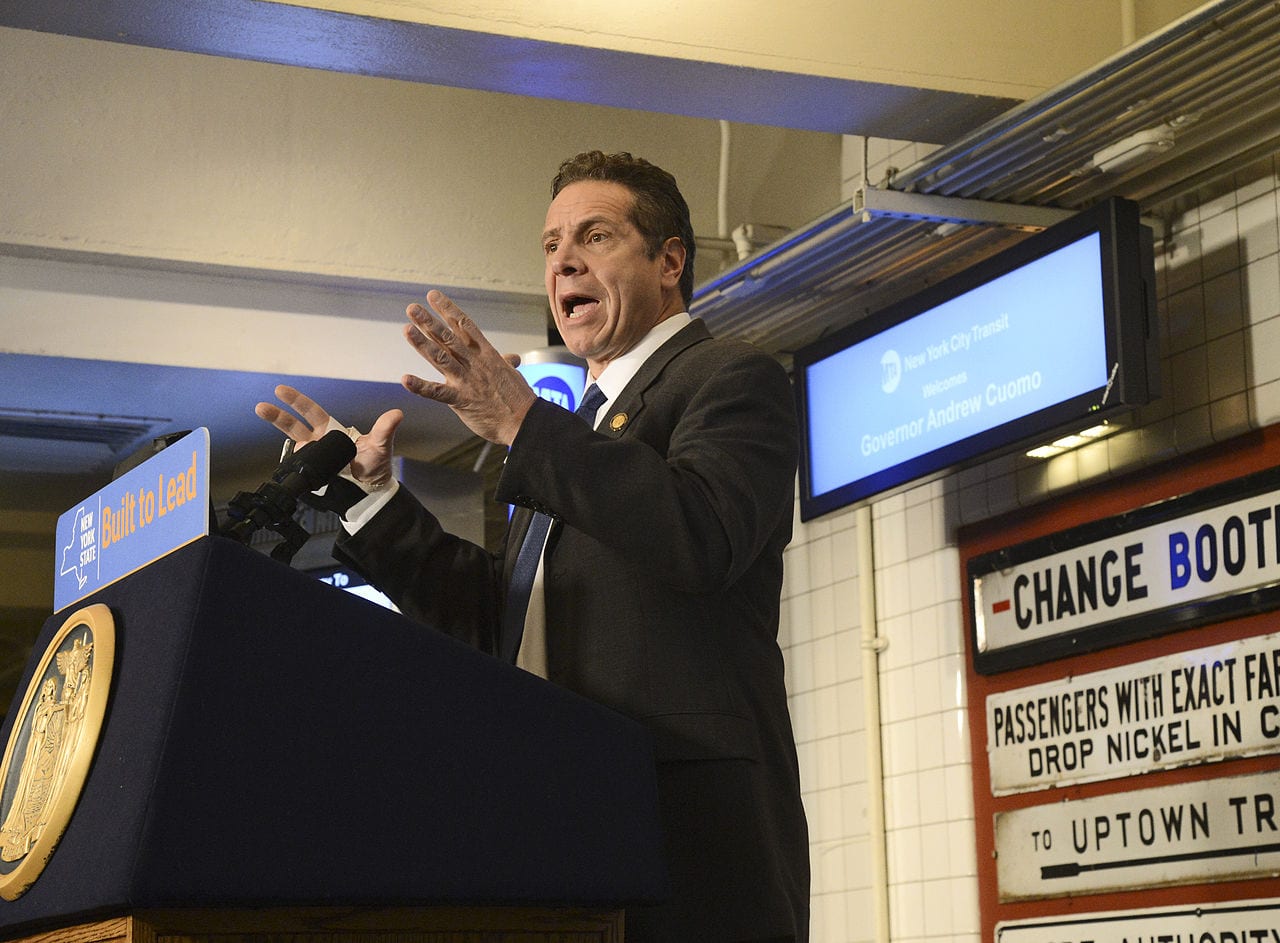 In such a diverse state, advocates worry that true progress is stifled by Gov. Cuomo’s desire to please too many parties. Photo by MTA New York City Transit / Marc A. Hermann via Wikimedia Commons

“Now there’s going to be even more of a desire to turn this into a piggy bank for the state, which is a big problem because you are definitely ignoring the fact that communities of colour have suffered the most,” Pryor says.

Cuomo will face backlash if the state fails to generate revenue or if it omits necessary parameters for communities of colour in its reform bill. The precarious position is one lawmakers must face often, especially in a state like New York with a multitude of divergent needs and views.

“It is imperative to put together a package that is palatable to both houses and addresses their very real concerns with regard to implementation and the parameters of how legalized cannabis can be governed in New York State,” says Steve Malito, former Queens County assistant district attorney and current chair of the state’s government relations practice for Davidoff Hutcher and Citron LLP.

Lepore builds on that analysis. “That’s kind of why we keep getting things that are never truly progressive,” he said, noting there are numerous groups to please.

But the largest remaining stumbling block could be Cuomo himself. While he appears open to reform, it takes quite a bit of work to get over the line. State Senator Diane Savino, a key proponent for advancing medical reform, says the governor is a product of his generation.

Savino isn’t surprised by Cuomo’s slow turn towards reform, noting that New York is not a progressive state for drug reform. “We had the most draconian drug laws in the nation up until 2010,” she said, highlighting the repeal of the Rockefeller drug laws by then-Gov. David Paterson.

The slow turn could also be indicative of how the state thinks. Many of her constituents in Brooklyn and Staten Island remain opposed to cannabis reform, Savino adds.

But despite opposition, it’s in Gov. Cuomo’s best interests to complete his pot policy pivot by passing adult-use legislation soon, or risk losing millions in revenue to legal sales in New Jersey and Massachusetts.