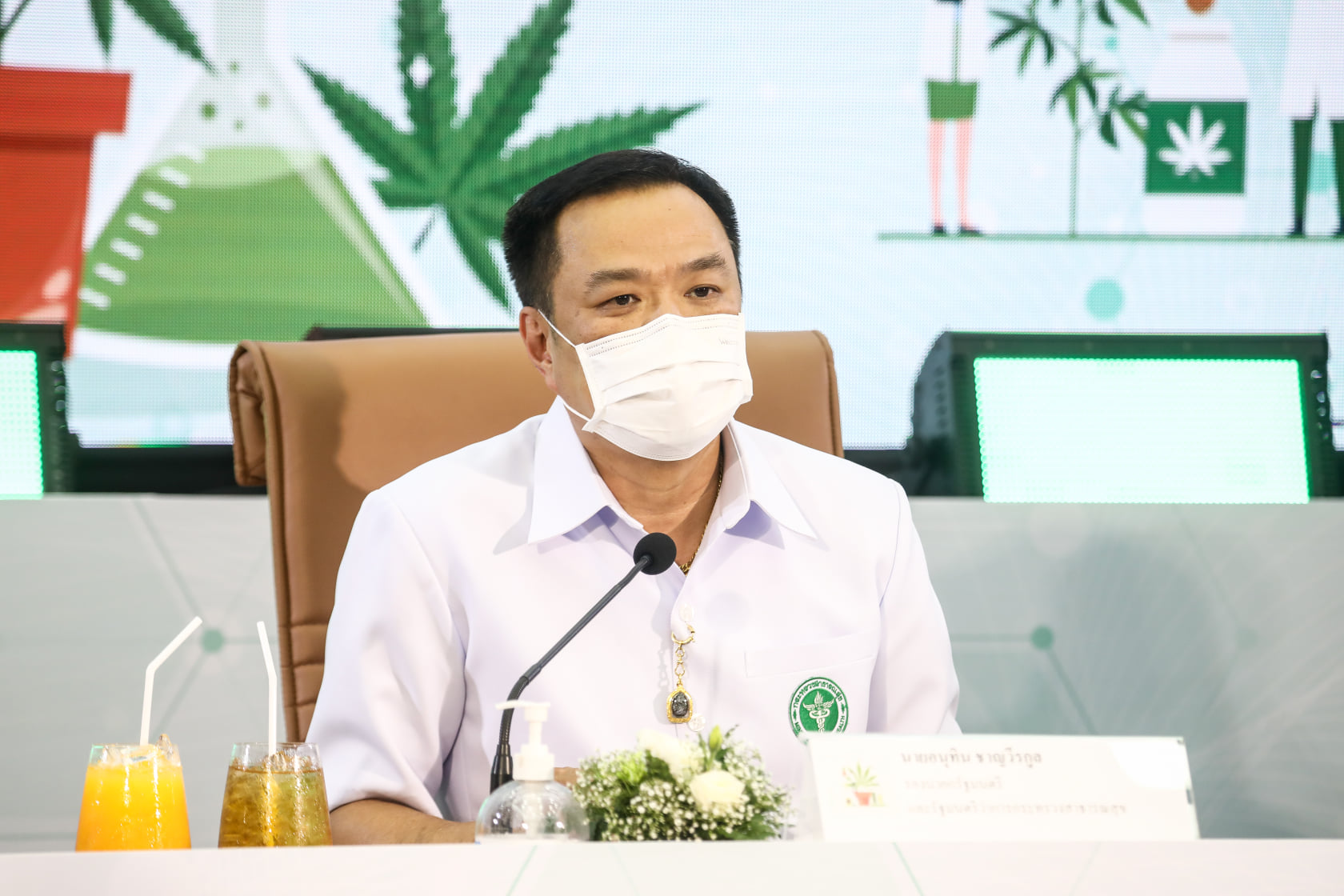 Reforming cannabis laws in Thailand moved one signature ahead this week, as low-THC cannabis and hemp were delisted as narcotics.

On Monday, health minister Autin Charnvirakul signed a measure to remove cannabis and hemp from as category 5 narcotics, meaning all parts of the plant can be used.

But extracts and cannabis with THC above 0.2 per cent remain illegal.

Thailand is focused on exploring cannabis for medical purposes, as Charnvirakul has driven reform efforts to expand access to the plant in hopes of stimulating the local economy.

On the day of the signing ceremony, he said that Thailand is starting a new page of history on cannabis use.

“This is a major turning point that we have to come to understand this properly so that we can use cannabis to fully benefit both medical and patient treatment to the issue of the economy,” he added.

The announcement takes effect 120 days after publication in the Royal Gazette.

MP Supachai Jaisamut said cannabis “has been a drug since 1979, more than 40 years. Wait four months or 120 days in Thailand, [and] we will definitely be able to take advantage of marijuana.”

President of the National Farmers Council Prapat Panyachatrak welcomed the delisting, saying it will help boost local tourism and Thailand could look at becoming a “cannabis export nation.”

Production, sales and possession of cannabis are somewhat regulated, and recreational use is still prohibited.

In a Facebook post, Charnvirakul said people can still form community groups of up to seven people to plant if they have permission from the appropriate authorities. After the revised narcotics list takes effect, the health minister said there wouldn’t be a limit to the number of plants that are grown, but cannabis is to be used for medical purposes.

A cannabis bill that’s currently in the legislature is intended to clear the way for home cultivation but until that’s law, Charnvirakul has asked citizens who want to grow for medical reasons to wait so there aren’t any doubts about the legality.

In January, members of the Bhumjaithai Party (Pride Thai Party), which Charnvirakul is the president of, drafted a cannabis and hemp bill for parliament to consider. The party campaigned on legalizing cannabis in 2019 for the benefit of farmers.

The bill aims to regulate the use of hemp and cannabis now that the narcotics list has been revised.

In December 2020, the country declassified parts of plants that don’t have high levels of THC, such as the leaves or stem, but buds remained banned.