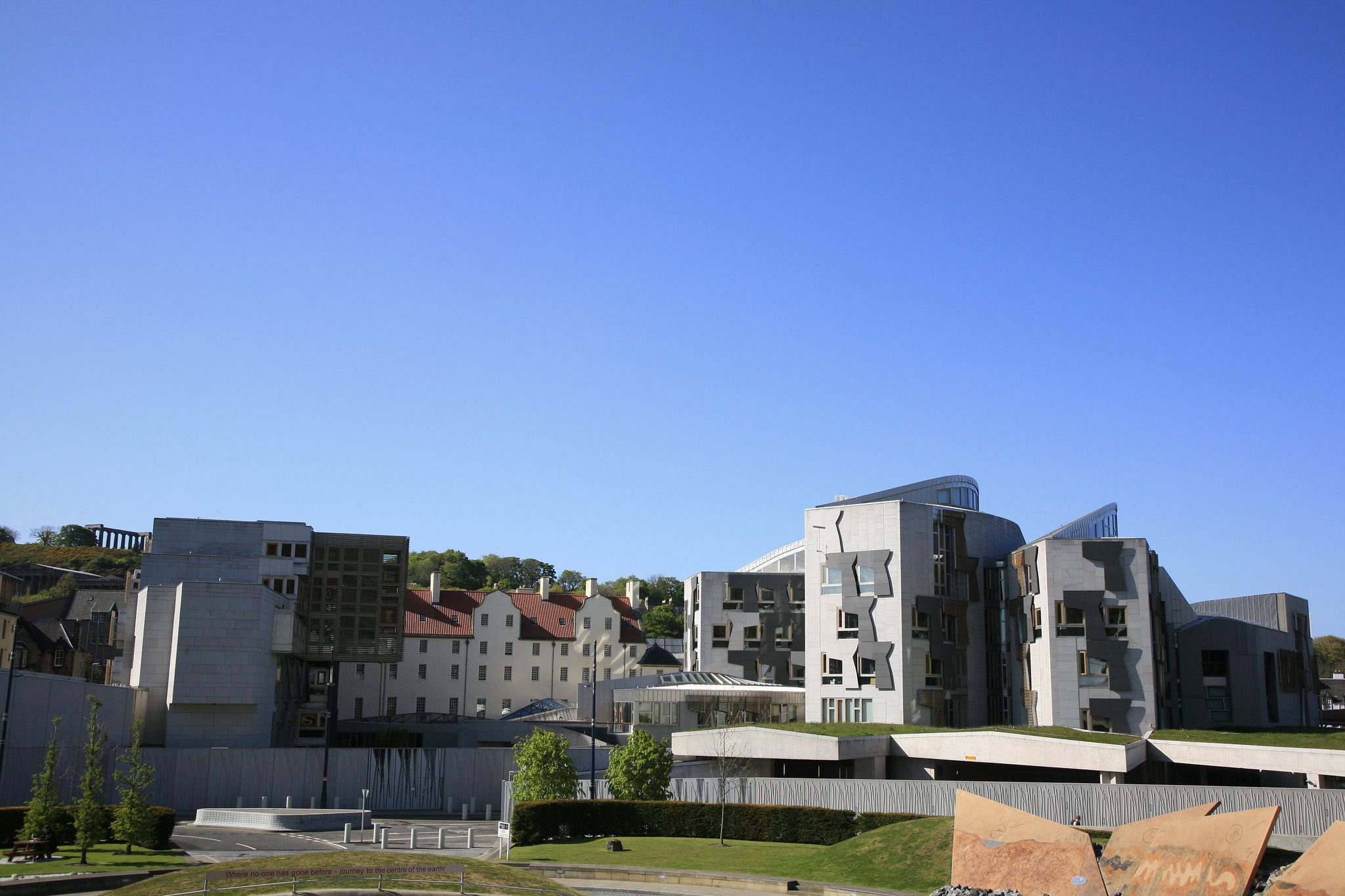 The Cross-Party Group on Medical Cannabis aims to better understand the possibilities of medical pot. Image via Scottish Parliament Flickr

A parliamentary group in Scotland focused on medical cannabis held its inaugural meeting this week.

McNeill said medical cannabis use has been “under-researched,” according to STV, but there’s increasing evidence it could have a positive impact. Due to a growing interest in cannabis medicines, the politicians say the group seeks to better understand the possibilities.

“Some of the personal testimonies we heard in our informal meetings have indicated at the exciting potential of these new medicines, so I am delighted to be part of creating this group and hope to raise awareness of these developing treatments,” she added.

I am looking forward to hosting the Scottish Parliament's first ever Cross Party Group on Medicinal Cannabis with @RonaMackaySNP .There is growing interest in the therapeutic potential of medicinal cannabis treatments and the group seeks to better understand the possibilities. pic.twitter.com/ozQ8dVWwyO

“This is such an important issue, and it’s long overdue that the benefits of medicinal cannabis are explored and researched,” MSP Mackay said.

“I hope this group sheds light on evidence and the work being done to progress the use of this treatment, as well as the challenges being faced in its implementation.”

According to a YouGov poll from April, about 28 per cent of respondents in Scotland strongly supported cannabis legalization while 30 per cent tended to support it. 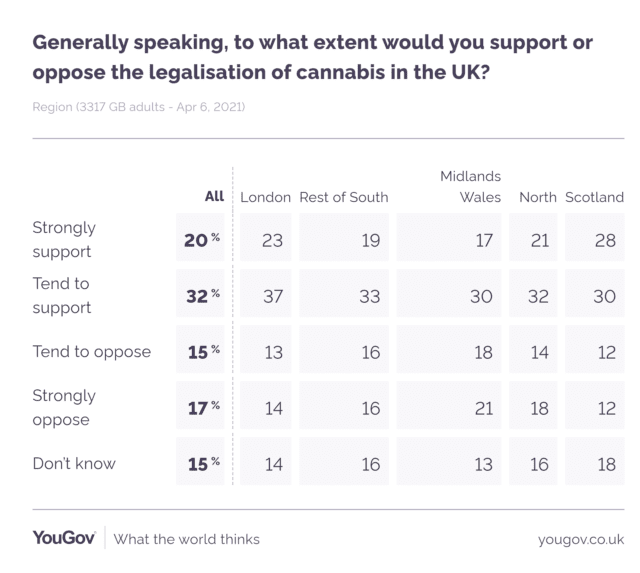 Scotland shows the most support for cannabis legalization compared to other parts of the UK. Chart via YouGov

Building evidence base of medical cannabis

In its first week, more than 500 patients sought treatment at the clinic.

Sapphire emphasized the importance of growing the evidence base of medical cannabis prescriptions by including Scottish patient data in the UK Medical Cannabis Registry.

The U.K. legalized the use of medical cannabis in 2018, but it’s only prescribed by a specialist in certain situations.

Healthcare Improvement Scotland says prescribing unlicensed cannabis products is restricted to ensure they’re only prescribed if no other licensed treatment has worked.

When medical cannabis was legalized in 2018, the U.K. government asserted there weren’t plans to allow recreational use.

“The penalties for unauthorized supply and possession will remain unchanged,” reads a government statement in November 2018.

The Scottish government doesn’t have the power to change licensing and supply of medical cannabis because the U.K. government has authority over the Misuse of Drugs Act 1971, which includes the scheduling of CBMPs.