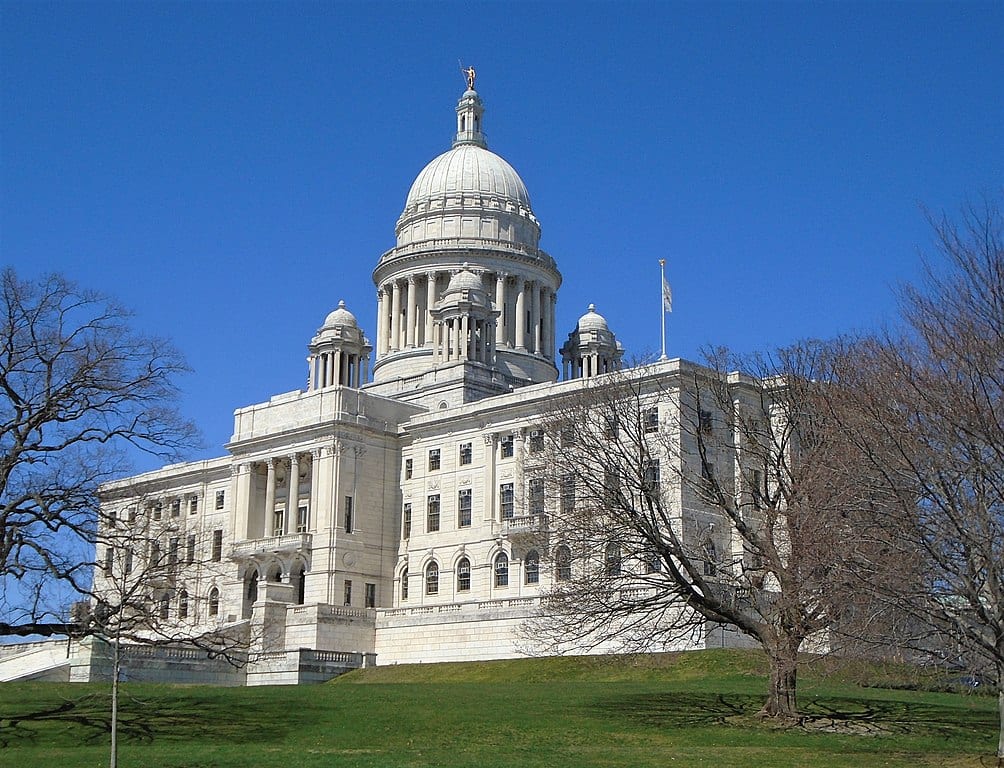 Rhode Island Senate passed legalization bill with a 29–9 vote. Photo by Beyond My Ken via Wikimedia Commons

A legal weed bill easily cleared Rhode Island’s Senate earlier this week though it might still be some time before it actually becomes law.

Rhode Island’s Senate quickly passed the bill with a 29–9 vote Tuesday, putting it on track to the state’s House of Representatives before reaching the governor’s desk for a final signature.

Time is running out on the legislative session, which is due to end June 30, but the bill go to a special session like in Connecticut.

House Speaker K. Joseph Shekarchi told the Boston Globe the state can take its time to review all the legislation — two other proposals have been made this year — and he indicated it might be discussed in a fall session.

“Polls have long shown that a majority of Rhode Islanders support ending marijuana prohibition, and now we’re closer than ever to getting the job done. Senate leaders deserve tremendous credit for their work on this important issue.”

MPP spearheaded a campaign to decriminalize cannabis possession in the state in 2012 and played a leading role in efforts to legalize and regulate adult-use weed in Rhode Island.

Rhode Island’s bill, 2021-S-568A, would tax and regulate weed. The proposal was introduced in March and amended last week to include a Cannabis Control Commission.

The five-member commission would oversee the licensing structure, which includes cultivation, manufacturing, retail and testing of weed.

Possession of up to one ounce would be allowed for people 21 and over and self-cultivation of plants would be permitted, similar to the neighbouring state of Massachusetts.

Consuming cannabis wouldn’t be allowed in public places. Unsealed containers of weed would be prohibited from being in the passenger side of a car too.

Similar to other states’ cannabis legislation, Rhode Island’s bill would facilitate a fee-free mandatory expungement process for weed-related offences through a Cannabis Equity Fund, which would also provide technical and grant assistance to those who qualify.

One-third of licences will be reserved for people from communities that have been disproportionately impacted by the war on drugs.

Gov. Dan McKee included regulating and taxing weed for adults in his budget proposal but that was removed last week, MPP noted. Rep. Scott Slater also introduced a bill at the end of May, which hasn’t been taken up by the House Judiciary Committee.

Given the quick vote in the Senate and the governor previously expressing support for legalization, Rhode Island is in a likely position to legalize weed.

“Cannabis legalization is a monumental shift in public policy that effectively creates a new economy,” said bill sponsor Senator Joshua Miller in a statement. “We want to ensure as many Rhode Islanders as possible have the opportunity to participate in this new economy. That is why we set low, tiered licensing fees and we are also calling for the creation of a Cannabis Equity Fund to help individuals who have been directly and indirectly impacted by our past policy of prohibition.”