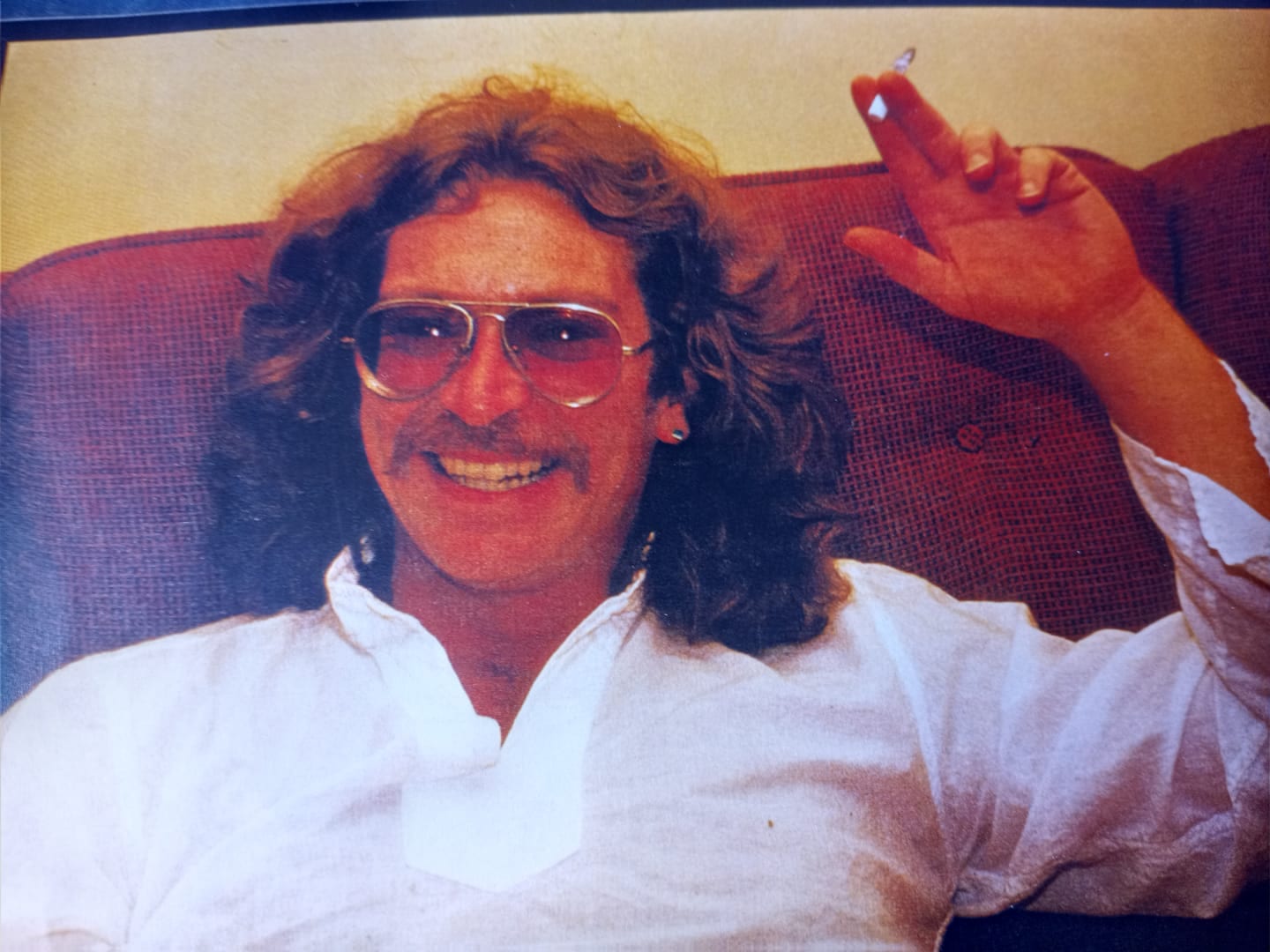 Greg Williams smoking a joint at a friend's cabin in Canmore. (1997) Photo by Mark Montagano uploaded to Facebook and posted on William's profile website.

“Peace and pot,” is a legendary phrase of Greg Williams, a figurehead of the North American marijuana movement who passed away among friends and family on Tuesday.

When the longtime activist fell ill on Valentine’s day, word spread like fire, drawing fast and strong support from the cannabis community.

In less than 24 hours, supporters raised more than $16,000 after a GoFundme was set up on Monday to help pay for medical bills and other essential expenses.

Greg Williams, also known as the Marijuana Man, was considered a weed movement hero by millions in Canada, the United States and beyond. Thanks to him and other activists, countless cannabis seeds were sold and more than 60 Pot TV growing videos were planted in stoner’s hearts more than a decade back, when the global reform movement was a fraction of what it is today.

“It’s my saddest duty to announce that Marijuana Man, Gregory Keith Williams, passed away peacefully this morning Feb. 16, 2021, at 10:20 am in the loving arms of his love and his family,” wrote Williams’s partner Rose L. Siccama in the last update on the fundraiser page.

“Greg’s passing comes after a short intense battle with widespread cancer. Further details will be announced later. We ask for respect, privacy and of course, lots of ‘peace & pot’ during the terrible sudden loss of my partner, my love, your friend, mentor and to many close to him, an unofficial beloved dad, brother and uncle and the godfather of a movement who will never be replaced or forgotten,” she said. 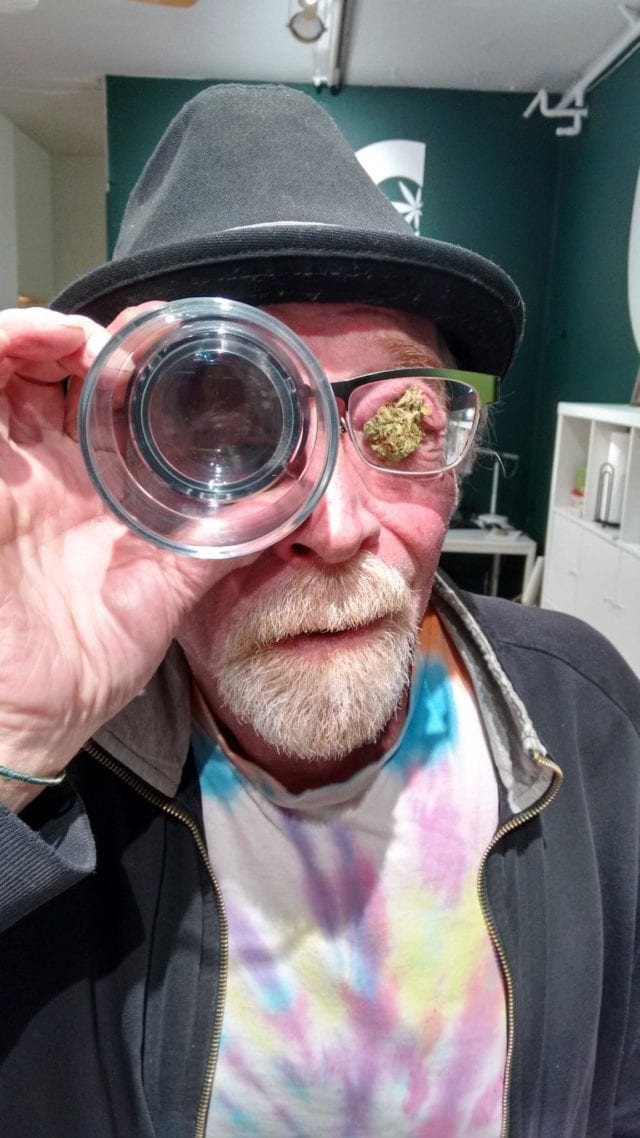 Greg Williams aka the Marijuana Man at the Cannabis Culture Broadway store in Vancouver, B.C. Photo uploaded by Greg Williams via Facebook on Jan. 15, 2017

In 1996, a time when it was nearly impossible for growers to access seeds, he ran the Seed Desk at the landmark Cannabis Culture headquarters in downtown Vancouver, distributing seeds and educating people on how to grow them.

Williams started by taking phone orders and the late Michelle Rainey helped pack up the seeds and ship them.

Williams was the producer and host of the first-ever marijuana growing online video series. In 2002, he launched his own internet show So, you wanna grow pot? that later was renamed to The Marijuana Man Grow Show to share decades of cannabis growing expertise with the world.

For 11 years, along with his team, he claims to have sold more than 4 million of marijuana seeds and mailed them across the world.

Jodie Emery, a cannabis rights activist and close friend of Williams, organized the fundraiser and was the primary spokesperson for Greg and his loved ones during his last days.

“He was consistently found holding ground as the calm, cool, always-smoking and always-eloquent host of those very special events. He gave and received respect to and from everyone,” Emery wrote on the fundraising page.

“He was not alone,” she said. “He was held by his friends and loved ones Rose and Vicky in a private hospital room, knowing about the love and support that flooded in upon the announcement yesterday of his deteriorating health. He was truly grateful for the contributions everyone made to cover his final burdens, and the messages and memories from friends and fans far and wide.” 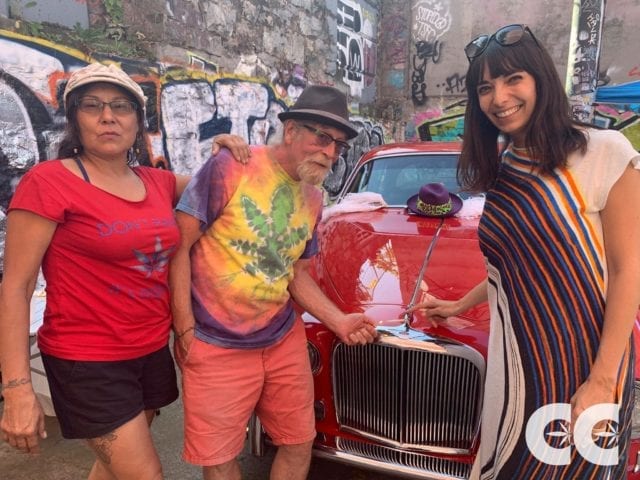 With Emery as host, his supporters, family and friends gathered in a memorial during his show From Under the Influence where — with tears in their eyes — his family, friends and cannabis movement partners shared stories and their love for him.

“When Greg fell ill on Valentine’s Day and went to the hospital in an ambulance, they let me know. And I told Rose that I wanted Greg to know I would try to fill his seat for the show, but of course I’d never fill his shoes, and no one will,” Emery said during the memorial.

Williams was showered with praise from his supporters online and by other prominent activists in the movement including Dana Larsen, who worked closely with him and Marc Emery at the Cannabis Culture headquarters in Vancouver.

‘A wonderful activist and ambassador for the cause of cannabis freedom’

“I knew Greg for 25 years. He was one of the smartest, bravest, most interesting people I’ve ever met. He was a wonderful activist and ambassador for the cause of cannabis freedom,” Larsen wrote in an email. “Many millions of people have smoked cannabis from seeds which passed through his hands, immeasurably enriching the world’s access to quality cannabis genetics.”

“He was an excellent MC for our annual 420 protestival, keeping the show on track through every April 20. His signature catch-phrase was ‘Peace and Pot’ and I can’t think of two better words to sum up what our cannabis liberation movement is all about. Greg was beloved by many and he is missed,” Larsen said. 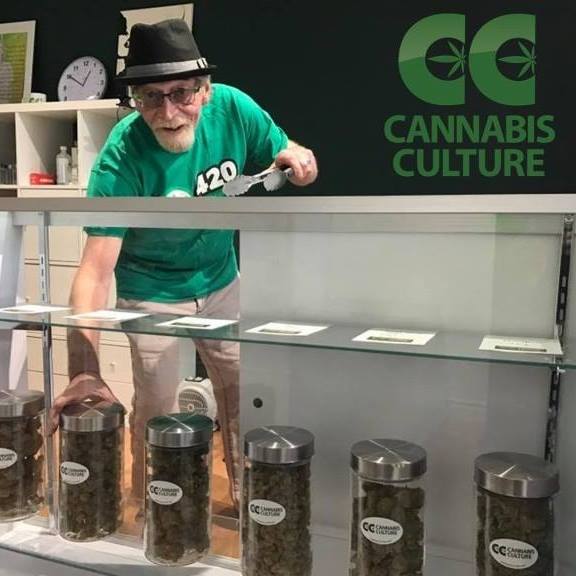 Greg Williams grabbing a jar full of weed at the Cannabis Culture dispensary on Broadway Street in Vancouver, B.C. Photo uploaded by Williams to Facebook on Jan. 17, 2017 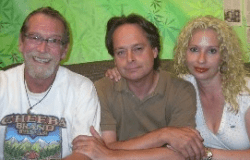 In 2005, along with the late Michelle Rainey and “Prince of Pot” Marc Emery, Williams was arrested in Seattle and accused of trafficking more than one million seeds across the U.S. and Canada. Williams and Rainey were spared with probation while Marc Emery served a five-year sentence.

It was through the support of Williams and activists like Jodie Emery that Vancouver’s Cannabis Culture survived after the arrest.

Williams, Marc Emery and Rainey were known to the U.S. Government as “the BC3” because of their efforts to massively distribute marijuana seeds, and for raising millions of dollars to finance the movement in North America before anyone else.

Williams’s remains will be cremated next week at 4:20 pm at a funeral home in Vancouver, where permission has been given to have dried buds burned along with his body.

Top image: Greg Williams smoking a joint at a friend’s cabin in Canmore, Alberta. Photo by Mark Montagano uploaded to Facebook and posted on Williams’s profile