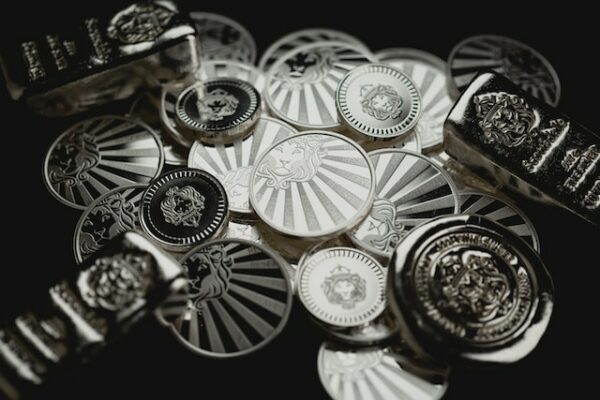 Photo by Scottsdale Mint via Unsplash

Precious metals like gold and silver have been having a rough time since the Federal Reserve clearly denoted more interest rate hikes were on the way. This unintended result is a strong reserve currency, with the US dollar strength extending its influence over many different assets, including gold and silver, which are negatively correlated with the US dollar.

Now silver is down and threatening to dip further. But all of that could change with one positive economic turn, and even so, there’s something to be said for companies doing the work during a downturn.

Here are five companies proving that despite the present economic malaise all that glitters is not necessarily gold. It can sometimes be silver.

Panoro Minerals (TSXV:PML) (OTCQB:POROF) has come to an agreement with the Cochapata Agrarian Community, the Convenio, which allows them to commence surficial exploration and dirlling at the Cotabambas Project in Peru.

The agreement extends for 16 months from Sept. 2022 to Dec. 2023, and allows the company to push its drilling program into the North Pit Area where both infill and step-out drilling is planned. This is the third Convenio completed with the Cochapata community in the decade since the company started exploration at the Cotabambas Project, and the seventh Convenio overall. They also have agreements with over 30 landowners.

“This is an important social agreement for both partners; Panoro Minerals and the Cochapata Community, demonstrating once again the continued joint vision for the future development of the project. The Convenio with the Community of Cochapata includes local employment and an expansion of the land package near the city of Cusco, previously purchased and transferred to the Community.  We are working together to reach our next project milestones; completing the drilling program, updating the project resource estimate and completing a prefeasibility study,” said Luquman Shaheen, president and CEO.

Panoro is essentially a Peru-focused copper development company, but its flagship project is the Cotabambas copper-gold-silver project located in southern Peru. At present, the company’s primary objective is to complete a prefeasibility study in 2023.

The company intends on focusing on resource growth potential and optimizing metallurgical recoveries. These are anticipated to help push along the project economics as part of the prefeasibility studies during 2022 and 2023. The exploration and step-out drilling performed in 2017, 2018 and 2019 have identified potential oxide and sulphide resource growth.

Now the company intends on drilling 34 holes in the North Pit areas for an estimated 95,70 metres, with 78 per cent allotted for infill objectives and 22 per cent for step-out. The latter is focused primarily on the north side of the pit, along the identified corridor of high-grade mineralization. This month the company is planning on mobilizing two more drill rigs for drilling in the North Pit as well.

Completing the Convenio demonstrates the commitment of the Cochapata Community with developing the project, where the north pit is located within the surface rights boundary of the community. 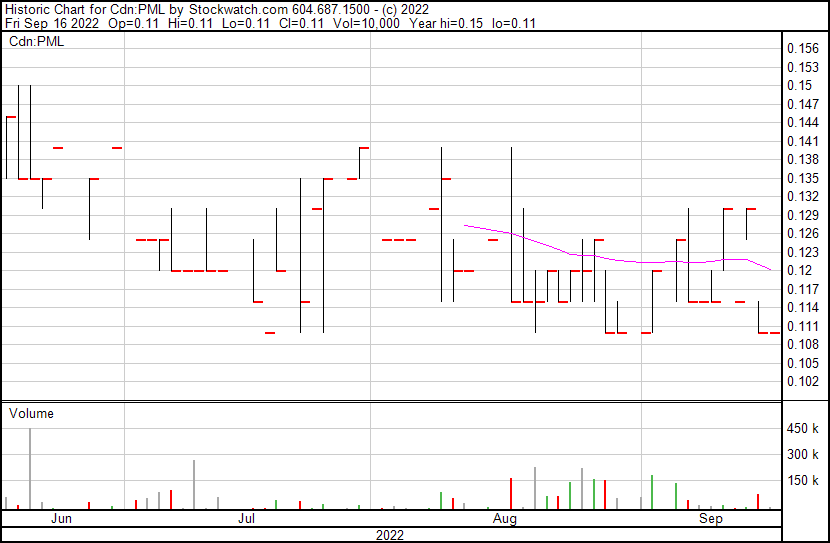 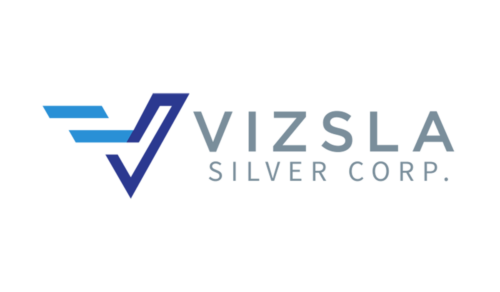 Vizsla Silver (TSXV:VZLA) (NYSE:VZLA) reported results from nine drill holes in the Tajitos – Copala resource area at its Panuco silver-gold project in Mexico. The results from the Copala structure showed a western portion of the district with a high-grade mineralized footprint to the north of the March 2022 mineral resource estimate by 100 metres.

The Copala Vein is on the northern extent and on the hanging wall side of the Tajitos structure. Copala shows high precious metals grades, including up to 11,053 grams per ton (g/t) silver and 33.50 g/t gold over 1.26 mTW. All of this within a broader envelope of vein-breccia interlayered with host rock. Here the mineralized intervals of up to 20.45 mTW returning grades of up to 1,030 g/t AgEq (or roughly 780 g/t silver and 4.23 g/t gold) have been intercepted in the drilling.

“Expansion drilling at Copala continues to increase the known size of this robust near surface vein system with exceptional silver and gold grades. We have now expanded the mineralized footprint well beyond the March 2022 resource boundary and it remains open in all directions. Given its proximity to Tajitos and the recently announced Cristiano discovery, it is becoming increasingly clear that we are building critical mass in this area of the district,” said Michael Kommert, president and CEO.

Vizsla Silver is a Canadian mineral explorer with headquarters in Vancouver, BC, working in its 100 per cent Panuco silver-gold project found in Sinaloa, Mexico. It’s completed over 210,000 metres of drilling at Panuco to date, and discovered several high grade veins. The company has since budgeted for more than 120,000 metres of resource and discovery based drilling intended to expand the maiden resource, as well as test other high priority targets in the district.

The Panuco silver-gold project is near the city of Mazatlán in southern Sinaloa. It’s 6,761 hectares of past producing district benefits form over 86 km of total vein extent, with 35 kilometers of underground mines, roads, power and the permits to cover all of it. 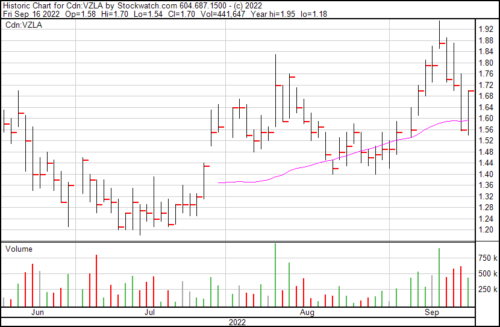 The company completed a grand total of 2,720 metres of diamond drilling in 14 holes, focusing on the high-grade gold in quartz boulder Annick Trend and the Turtle Head areas. The program recognized several holes of gold-bearing quartz carbonate veining associated with alteration zones with a 2 kilometre extent.

“Orford’s technical team was successful in discovering a mineralized altered vein system that we believe is related to the system hosting the Annick style high-grade gold boulders.  With two of our drill holes intersecting visible gold and 12 of 14 drill holes intersecting mineralized quartz and iron carbonate veins, I believe the summer’s efforts have been successful. Our understanding of the structural and mineralization environment of the region has evolved to a much better level than it was at the start of the summer. Once we receive all the analytical results, we will complete our geological interpretation and plan the best method to follow up the 2022 results,” said David Christie, president and CEO of Orford.

Orford Mining is a gold explorer working in the underexplored, probable gold rich areas of Northern Quebec. The company’s chief assets are the Cape Smith Belt in the Nunavik region and the Joutel region of the Abitibi district. The Qiqavik and West Reglan projects combined have a land package of over 105,000 hectares in the Cape Smith Belt, and sport several new high-grade gold discoveries among a mineralized trend over 40 kilometres long.

The company derived information from the five holes it tested as the potential source of the Annick trend boulders, and four holes tested the source of surface gold anomalies in the Turtle Head area. All of the holes intersected in a quartz-carbonate veining system with similar mineral characteristics to those of the Annick Trend boulders, and the isn’t why that is yet because it hasn’t found the direct source of these boulders, but the intersections spaced up to two kilometers apart suggest that an extensive gold mineralizing system is present and largely unexplored.

Some highlights from the campaign: 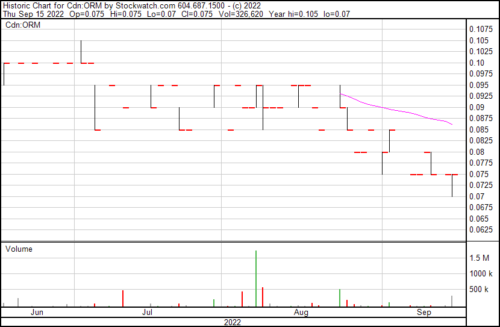 Silvercrest Metals (TSX:SIL) (NYSE:SILV) new mine at Las Chispas in Sonora, Mexico, looks to be transitioning out of its early period after getting up and running in May.

The company has processed 53,600 tonnes of material since start-up with an average throughput of 784 tonnes per day (tpd), which is an increase of 46 per cent over July 2022. The company anticipates that the design plant throughput of 1,250 tpd will be attained in Q4, 2022. Grades to the plant have been low during the opening months as most of the ore continues to be intentionally sourced from historically low-grade stockpiles.

“Starting up a new mining operation is a dynamic period, and our team and contractors continue to navigate and address mostly typical ramp-up issues. Overall, we are pleased with the performance of the processing plant to date. Metal recoveries, plant throughput and the availability of the plant itself have generally tracked favorably when compared to the expectations outlined in the Feasibility Study. The project continues to benefit from the sizable surface stockpiles which have allowed the underground operation to be ramped up at a measured pace,” said Pierre Beaudoin, chief operating officer of Silvercrest Metals.

SilverCrest is a Canadian-based precious metals explorer based out of Vancouver, BC, that’s working on finding new discoveries and chasing value-added acquisitions and near-term production in Mexico’s historic precious metal districts. Right now the company is working on the high-grade Las Chispas mining district in Sonora, Mexico, where it completed construction and is going ahead with commissioning. SilverCrest also has the distinction of being the first company to put drills in the ground on the Las Chispas property and came away with numerous high-grade precious metal discoveries. 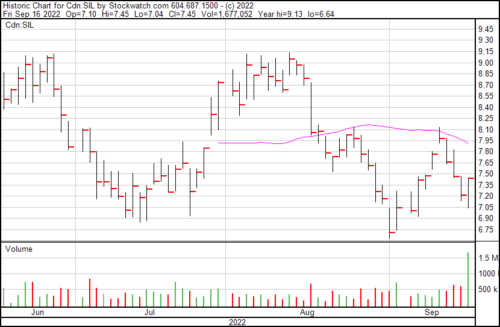 The program was originally designed to test a large anomaly only 550 metres to hte north of the existing Dio Padre historical workings to find out if it was an add-on to the mineralization at Dios Padre. There had been some suspicion that it might be, so the program was set out to test for extensions to the mineral resource. The property has initial inferred resource of 9.5 million ounces of silver equivalent at 236 grams per ton.

“We are excited to begin the next chapter of the growth of Regency Silver. We are hopeful that this drill program will assist in unlocking the potential of Dios Padre,” said Bruce Bragagnolo, executive chairman.

Regency Silver is into both silver and gold exploration in the Americas. The company is led by a team of professionals well seasoned in both exploration and production, and its flagship project is the Dios Padre silver project in Sonora, Mexico. 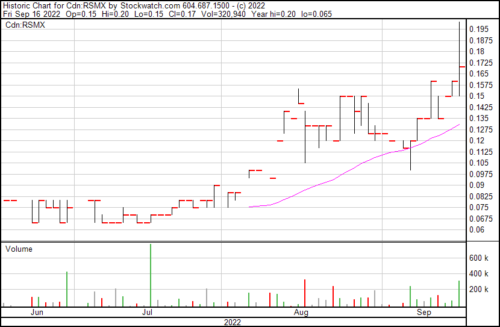 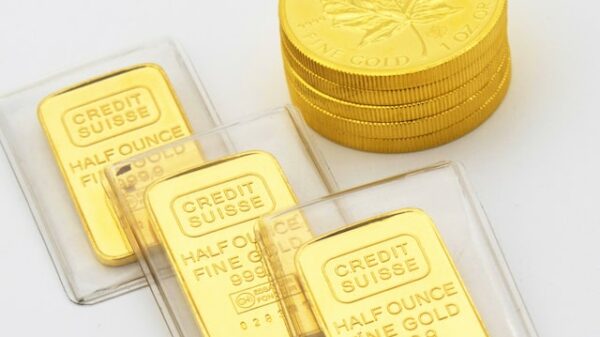 The company met its pre-set conditions to commence with a limited drill target on high potential gold targets at the Condor property. 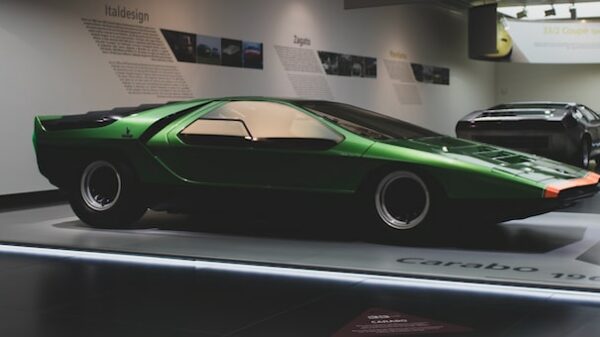 This edition of the Mugglehead tech roundup showcases five companies involved in revolutionizing the future of transportation. 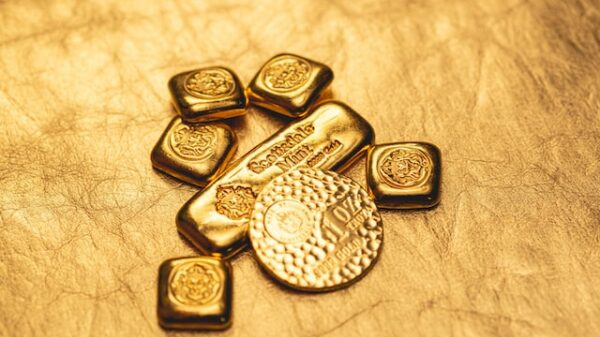 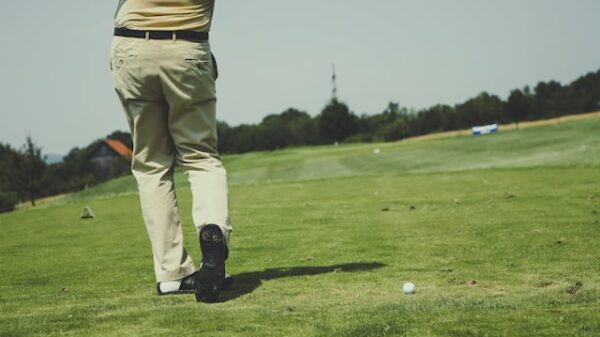 Southern Company presents the tour's annual Payne Stewart Award, which is given every year to the player that best exemplifies character, charity and sportsmanship.