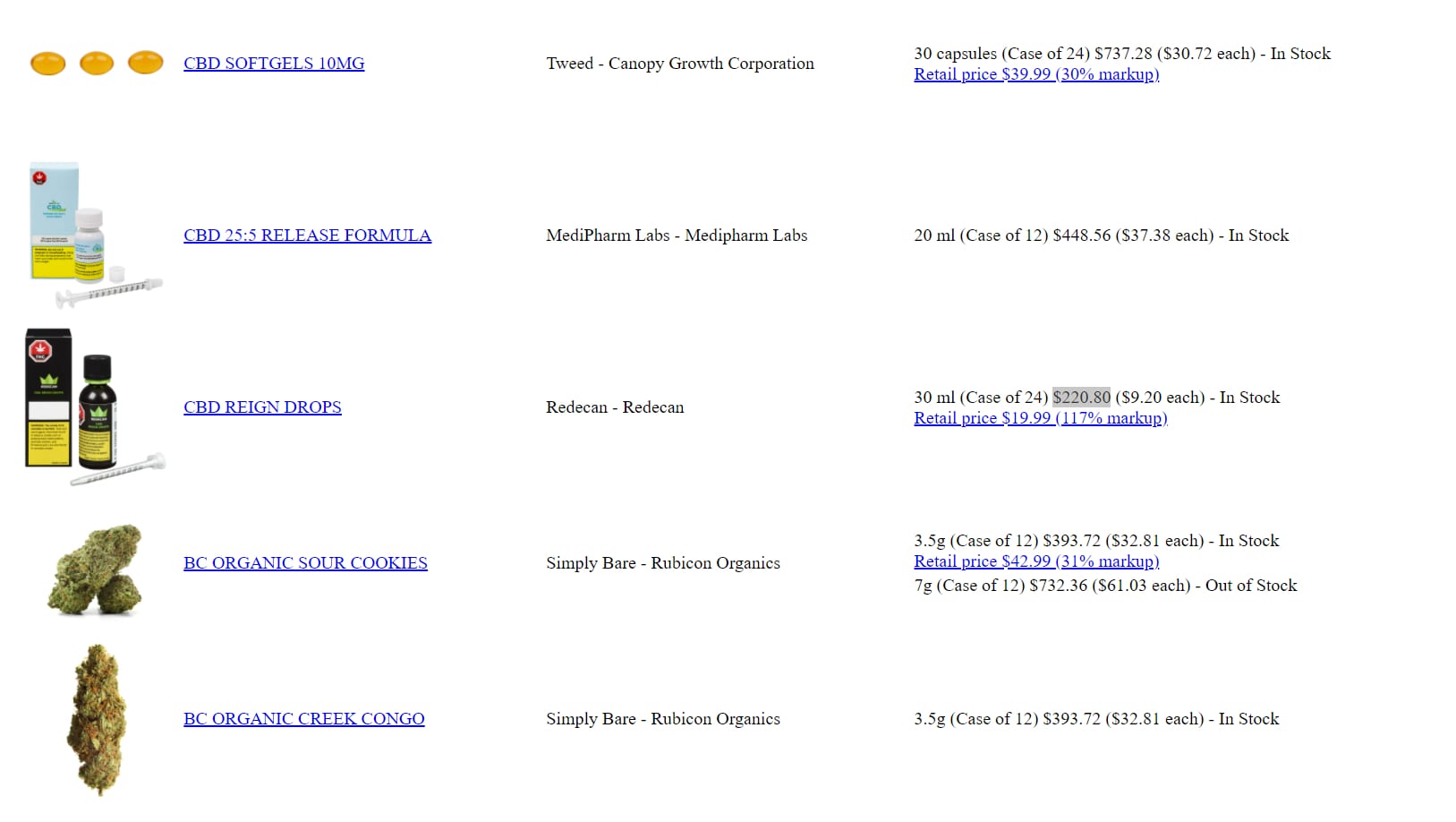 A list of the BC Liquor Distribution Branch’s wholesale prices for cannabis products has been revealed by a user on Reddit.

On Thursday, user sasquatch_jr posted a link to the list of products and their prices. The user also provided a link to the Python script used to pull the data from Shopify.

While the script was able to pull the wholesale pricing information, a spokesperson confirmed via Shopify that no customer data was accessed.

The BCLDB is working with Shopify and other IT service providers to ensure the site is secure, BCLDB communications manager Viviana Zanocco tells Mugglehead.

“The LDB is investigating after our wholesale cannabis price list was posted on a public platform. The person seems to have been able to access the BC Cannabis Wholesale site that serves private and public retail stores, who are our wholesale customers,” Zanocco explained in an email statement. “The BC Cannabis Wholesale site is the home for pricing and product information for all available SKUs, and other data that would help retailers in placing their orders.”

In a table, sasquatch_jr lists many of the products with comparisons to retail prices at BC Cannabis Stores, the province-owned shop operated by the BCLDB, showing a number of retail markups that far exceed amounts typical for analogous industries like liquor.

For example, when the provincial branch dropped the retail markup on alcohol for restaurants and bars last year to help with the Covid-related drop in sales — they used to have to pay the same as consumers — the amount those businesses paid decreased by around 20 per cent.

Depending on regional laws, wholesale-to-retail markup typically ranges from 20–45 per cent, which can be higher when factors like private distribution is involved.

Despite frustrations expressed by consumers online, the BCLDB provided explanations for the discrepancies.

Zanocco says the retail markup at the BCCS averages out at 30 per cent, but can be higher for reasons specific to an individual product: 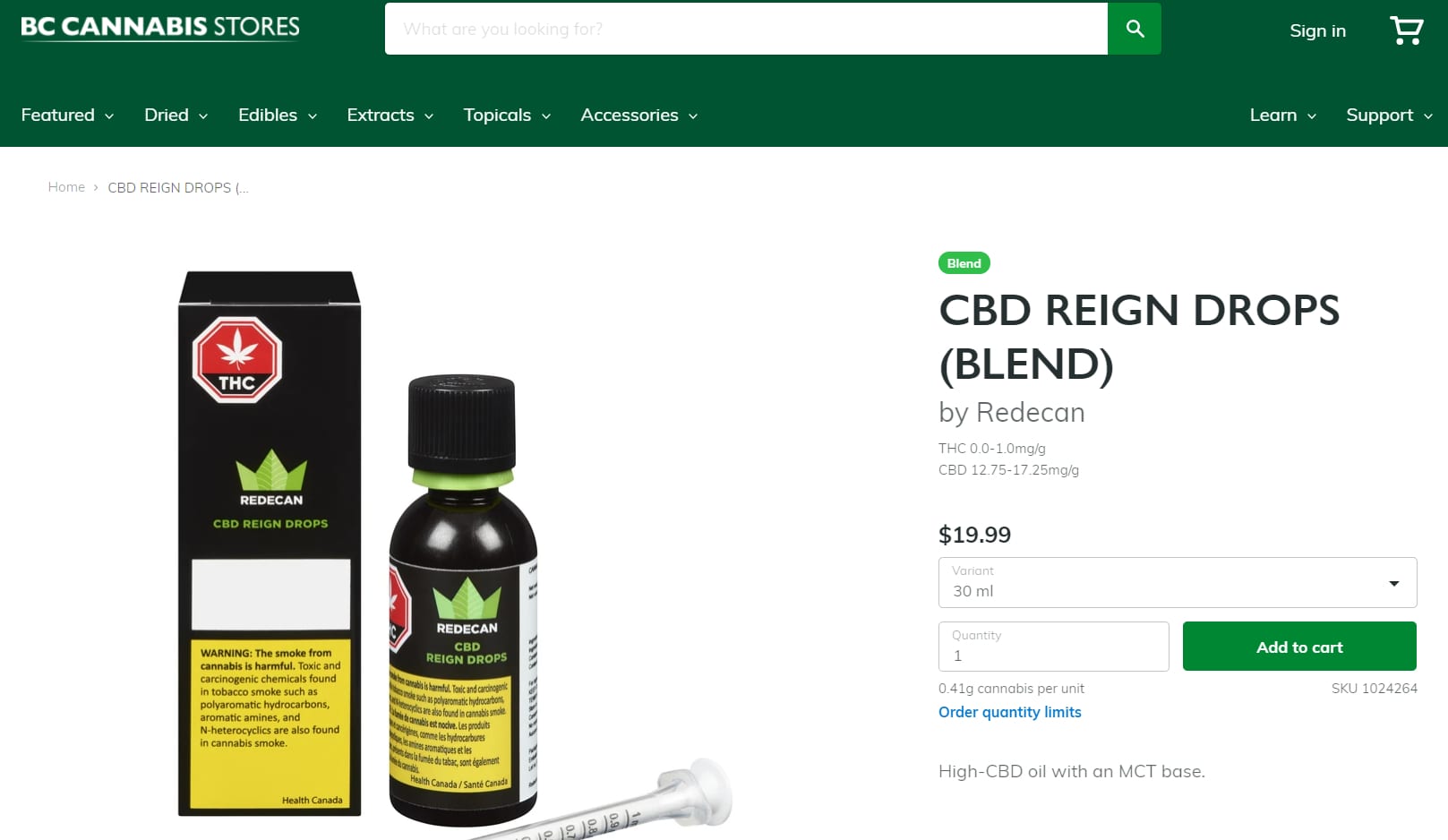 Screenshot of Redecan CBD Reign Drops on the BC Cannabis Stores website. Taken by Nick Laba 2021-2-12 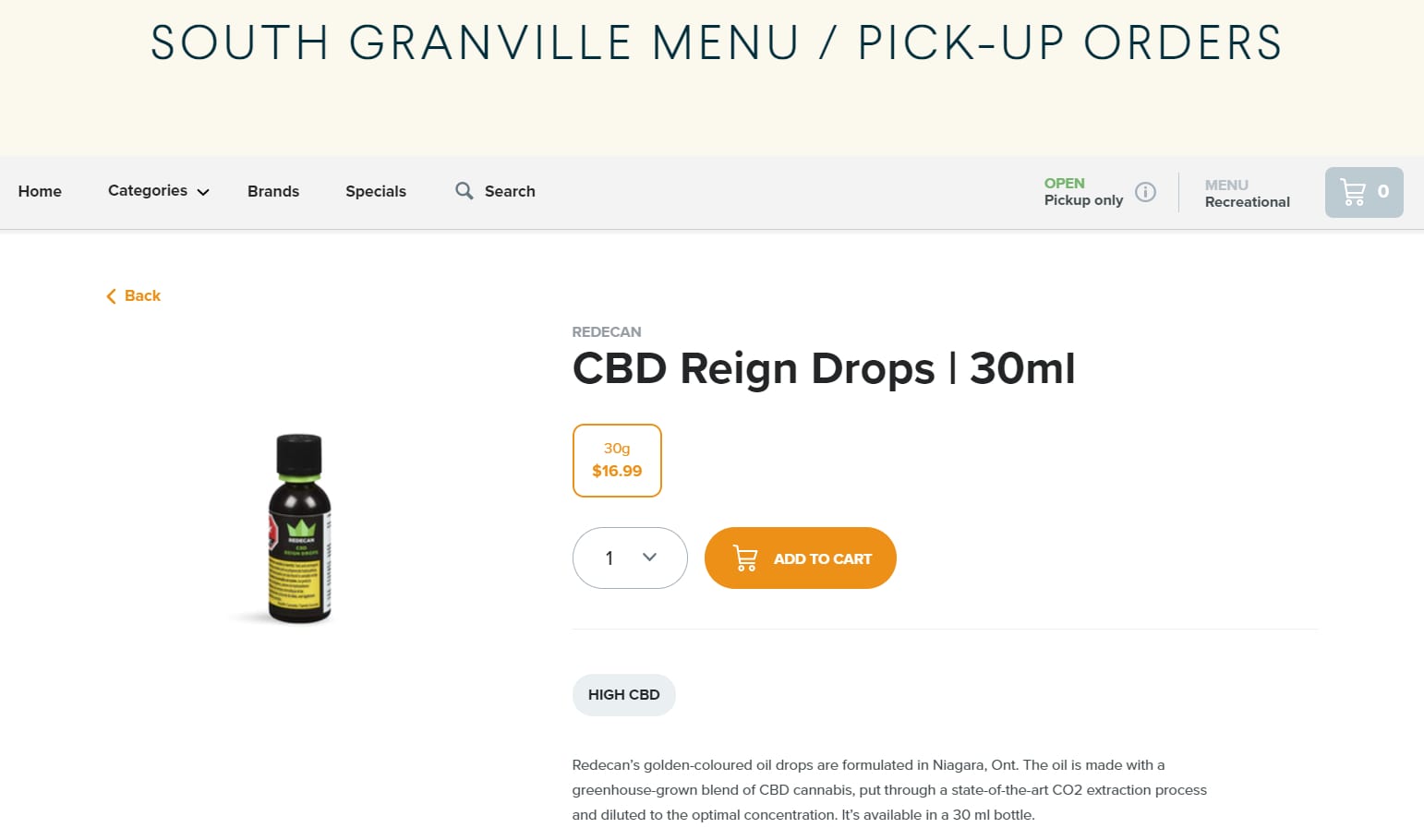 “BC Cannabis Stores must balance our need to be profitable – and contribute revenue to public services – while staying competitive with the illicit market that we’ve been mandated to eliminate,” Zanocco said.

On the wholesale side, the BCLDB applies a 15 per cent markup on purchases from licensed producers. All retailers, including the BCCS, then buy the products at a common wholesale price and pay the cost of shipping from the distribution branch’s warehouse to the retail outlet.

Shopify exposes entire stores via an undocumented and unprotected API

Redditor sasquatch_jr, who’s surprised the BCLDB hasn’t reached out to them, says they’re a backend engineer during the day. The data discovery was made as a result of some time off work over the holidays, the user tells Mugglehead in an email, digging into monitoring Shopify stores using a strange, undocumented feature that “gives you way more information than I would want to be public if I was a store owner.”

sasquatch_jr details the method used on GitHub: “Shopify helpfully exposes entire stores via an undocumented and unprotected API (such as this). This price list was made by parsing that JSON document. At no time did a retailer give me credentials and I have never actually logged into BC Cannabis Wholesale store. The script used to generate this is freely available and is not very complicated for anyone who understands basic programming or python.”

Publication of the BCLDB’s wholesale pricing data comes in the wake of continued calls for this information from people in the industry. Thus far, provincial cannabis wholesalers like B.C.’s liquor branch and the Ontario Cannabis Store have kept pricing a secret.

Other notable retail markups from the recent data include: