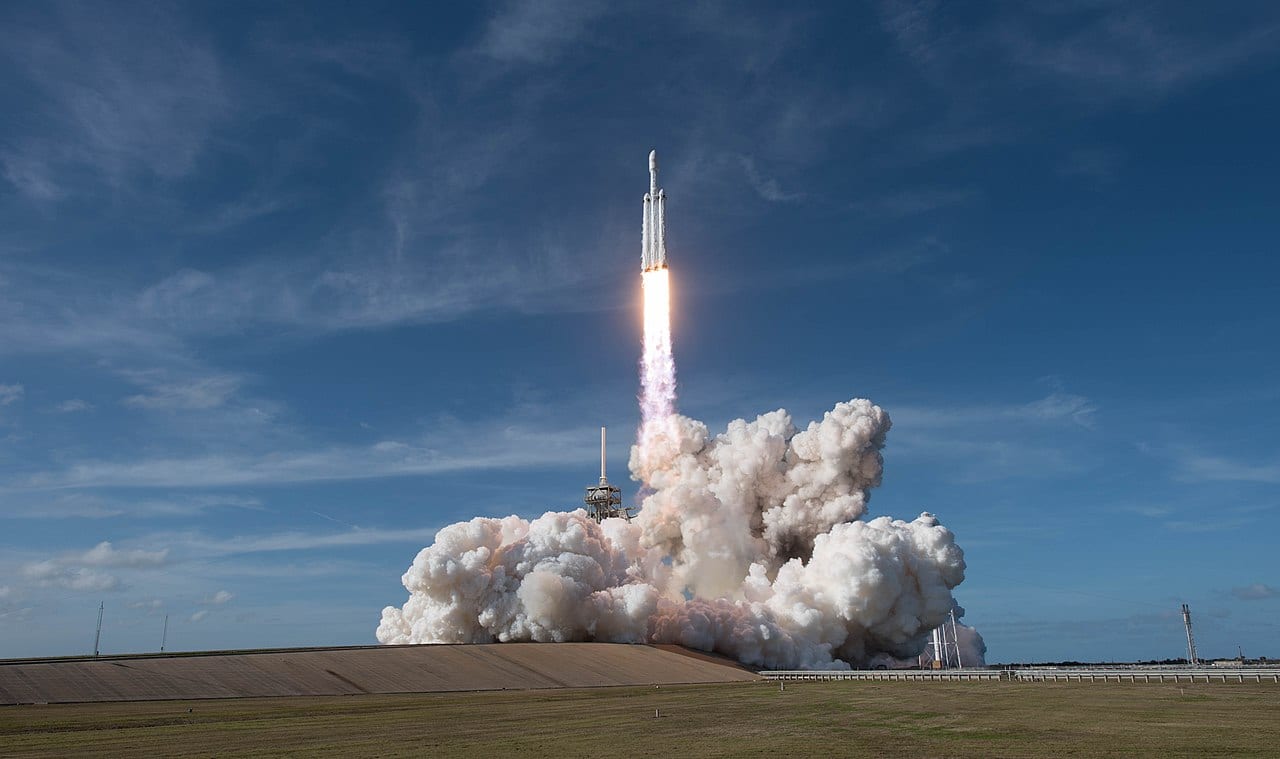 As pot stocks come back down to earth, investors should realize this week’s Reddit-fueled rally had little to do with fundamentals, and that retail traders bring a new recipe for mania in an already volatile sector.

This year’s rise of the retailer trader market, and the volatility that comes with it, is a new factor to consider when investing in cannabis. But because popular broker apps like Robinhood don’t offer trading of American multi-state operators, Crosby says the top U.S. pot stocks remain undervalued and are a less-risky bet related to potential federal legalization in the country this year.

After retail investors on r/WallStreetBets sent GameStop stock “to the moon” last month, the subreddit’s millions of users had a new target this week: weed stocks.

Most notably, shares of Tilray Inc. (Nasdaq: TLRY) fell 49.7 per cent Thursday and continued to slide Friday, after rallying 112 per cent during the first three days of the week.

Stocks for other Canadian licensed producers went on similar swings this week.

Aphria Inc. (TSX: APHA) (Nasdaq: APHA) is down 6.5 per cent on the week, after surging 34 per cent to an all-time-high of $39 Wednesday on the Toronto Stock Exchange.

Aurora Cannabis Inc. (TSX: ACB) (NYSE: ACB) stock rose 21 per cent Wednesday, fell 23.5 per cent Thursday, and is down about 1 per cent overall this week.

Canopy Growth Corp. (TSX: WEED) (Nasdaq: CGC) shares are down about 4 per cent on the week after climbing as high as 22 per cent on Wednesday.

The pot stock movement is related to high short-interest ratios, which measure how many of a company’s traded shares are being used in bets against that company.

GameStop shares surged from just below US$20 to over US$483 over a two-week stretch in January. The stock currently trades just above US$51.

An army of Reddit traders essentially pushed each other to buy its shares and squeeze hedge funds that put major bets on the price to fall. Traders who bet on stock prices to decline are called short sellers.

“Broadly speaking, what you have is a very large audience who wants the next GameStop,” Crosby says.

Read more: US pot stocks have room to run even after Geogia runoff surge, analyst says 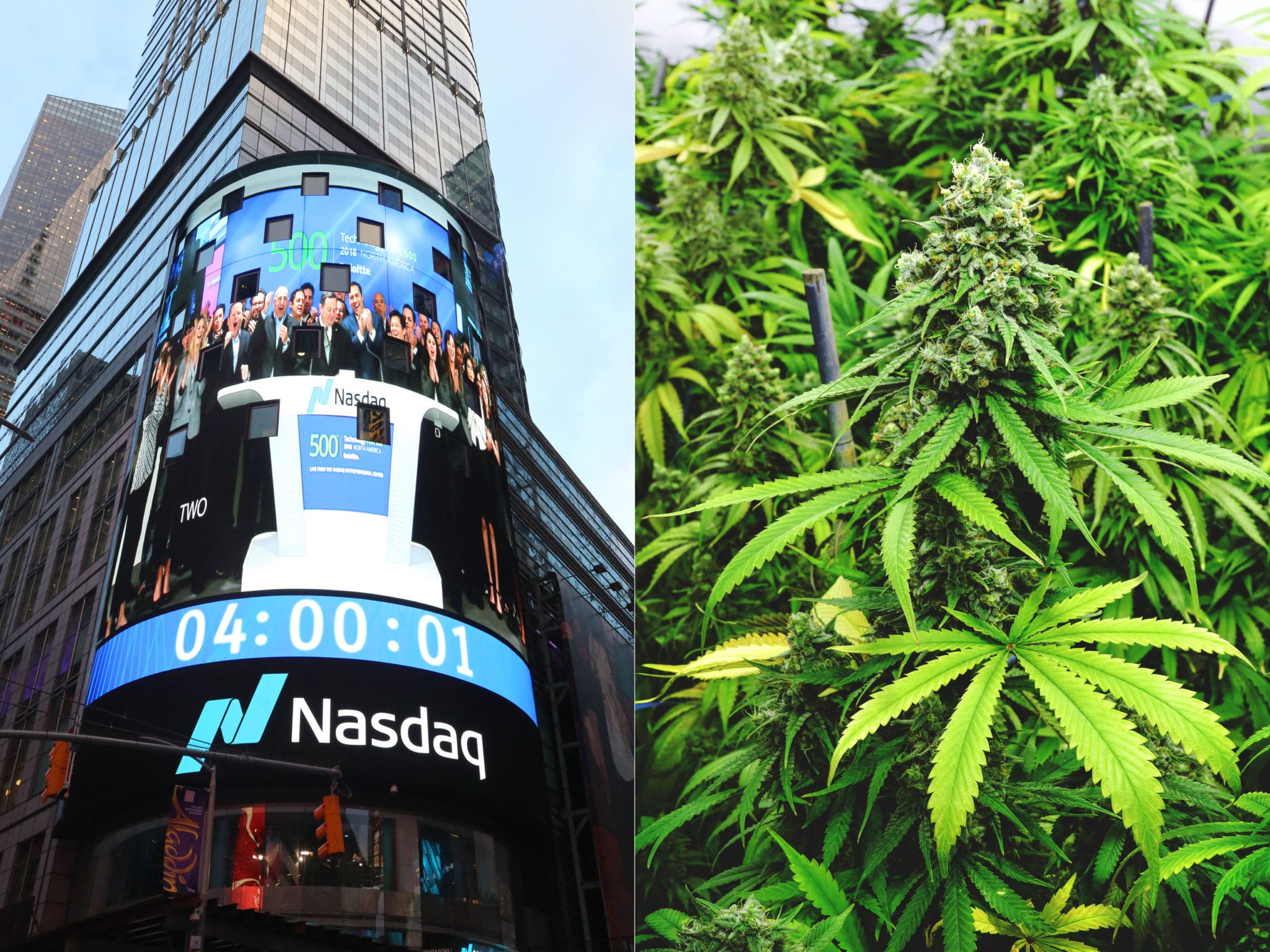 When Sundial Growers Inc. launched its IPO in August 2019 on the Nasdaq, it garnered unicorn status with a US$1 billion market valuation. The company’s market capitalization fell to US$50 million by August 2020. Press photo

Cannabis stocks are attractive to Reddit traders because of their smaller market caps, so the traders can actually make a major impact on the price. Reddit can’t move Apple or other billion-dollar companies because their market cap is too large.

According to a website that tracks stock ticker mentions on r/WallStreetBets, Calgary-based Sundial Growers Inc. (Nasdaq: SNDL) was the most popular stock Wednesday, overtaking GameStop.

That’s likely because of major short interest in Sundial, as well as its smaller market cap of less than US$1 billion at the start of the month, Crosby explains.

Short interest in the stock was equal to 17 per cent of the shares available for trading, according to Fintel.

In its third-quarter financial results, the firm posted revenues of $12.9 million, a 36.3 per cent decline from the $20.2 million in revenues reported in the second quarter. The company posted a net loss of $71.4 million during the quarter.

“That’s the thing for a long-term play, you have to actually look deeper into the fundamentals of business,” Crosby says.

But because Canadian cannabis companies have largely been underperforming over the last two years, they have more short bets placed against them compared to U.S. operators. That’s partly why pot stocks north of the border have been bigger targets by Reddit traders.

Also, because weed is legal federally in Canada, pot stocks there can list on major U.S. exchanges and trade on most online brokers like Robinhood or Questrade.

Aphria and Tilray were the third and fourth most-mentioned tickers on r/WallStreetBets this week.

Part of the discussion on Reddit has centered around the pending merger between the two firms and their compelling surge in international deals.

“From a retail investor standpoint, they think: ‘Holy shit, this company is going to be the provider of the world for cannabis,'” Crosby says.

But he warns that Reddit-fueled stock surges are more like flashes in the pan. So, by the time a new investor tries to catch the trend, it’ll probably be over. 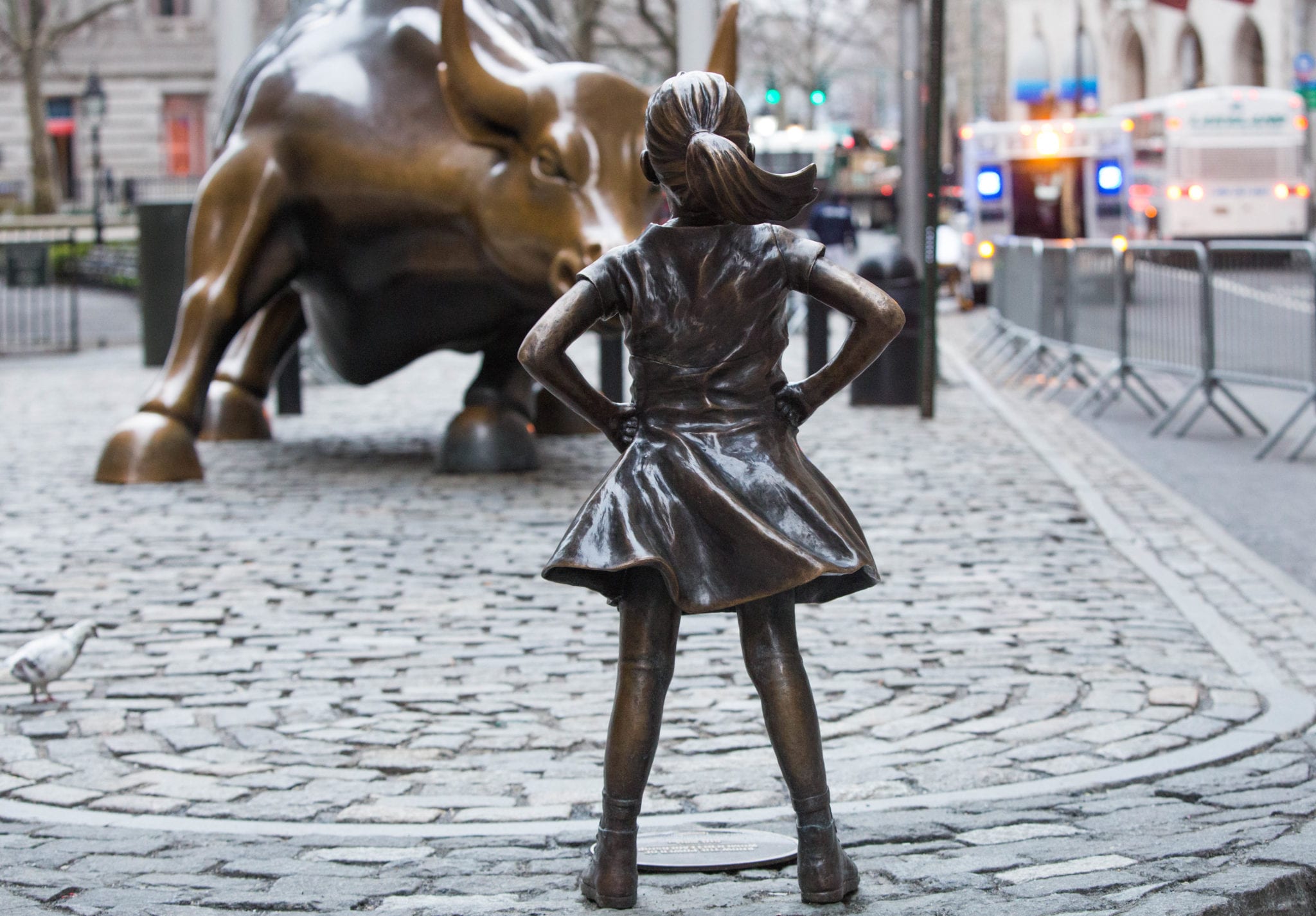 Poking establishment in the eye

The analyst expects retailer trader flash mobs to continue fueling more volatility in the sector. And because short interest data is publicly disclosed, shorted pot stocks will continue to be listed and targeted by Reddit users.

“It’s kind of taking the fight to the institutional guy’s playground,” Crosby says. “People are realizing that if they really want to poke a finger in the eye of the establishment, basically, doing these kind of targeted attacks are an easy way to do it.”

In terms of legality, the Reddit retail trading frenzy is completely legal even with big financiers on Wall Street calling for restrictions to end to the phenomenon, Crosby continues.

This week the Wall Street Journal reported that the U.S. Justice Department’s fraud section has subpoenaed information from Robinhood and other online brokers to investigate possible manipulation.

Proving market manipulation requires generally showing that traders colluded to create an artificial price and took action to accomplish it.

However, the only way to slow the frenzy is for online brokers to limit trading, Crosby explains. In a move that triggered widespread scrutiny, Robinhood limited trading on Jan. 28 for several speculative names, including GameStop and AMC Entertainment.

“Really the question around this volatility will basically be about limiting trading. That will likely be the core focus of regulators,” he says.

Crosby’s go-to pot stock choice over the past year has been Aphria. And while the firm’s strong logistics focus and international potential continues to surge with merger-partner Tilray, Crosby thinks the story has played itself out lately. 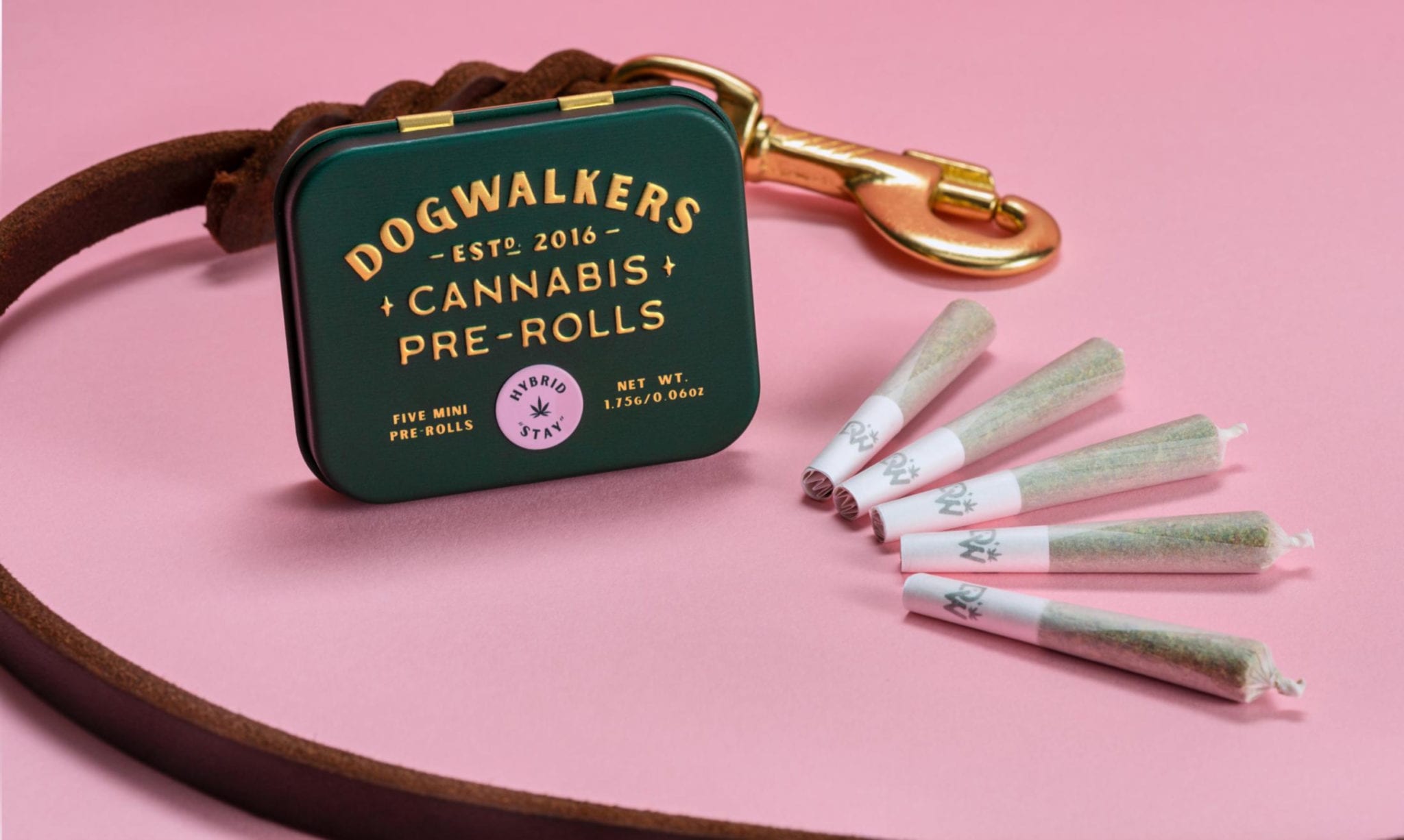 For many on social media, possible decriminalization of the plant under the Biden administration has been commented on as a major positive catalyst.

The irony, though, is that U.S. firms have benefited less from the Reddit trading frenzy. Even though they already operate in the largest cannabis market in the world, they can’t trade on the big U.S. exchanges because weed is federally illegal.

And because of that, U.S. multi-state operators — which don’t trade at most online brokers — have a much larger long-term upside for investors, Crosby notes.

Piper Sandler analysts recently said cannabis could become a US$115 billion global market by 2030, if recreational use is legalized at the federal level. Even if that doesn’t happen, the industry potential is still big, reaching US$50 billion by 2030, the investment bank added. Adult-use has been legalized in 15 U.S. states.

“As investors, you’re looking at narratives,” he says. “Basically, the shift in narratives and the longer-term stories.”

Because it is all about the consumer, I believe cannabis is the next great American growth story. It's wonderful that so many people still don't see it. That's what makes a market and what creates such a great opportunity. Buyer beware… #MSOgang https://t.co/8ExtdQx5qb