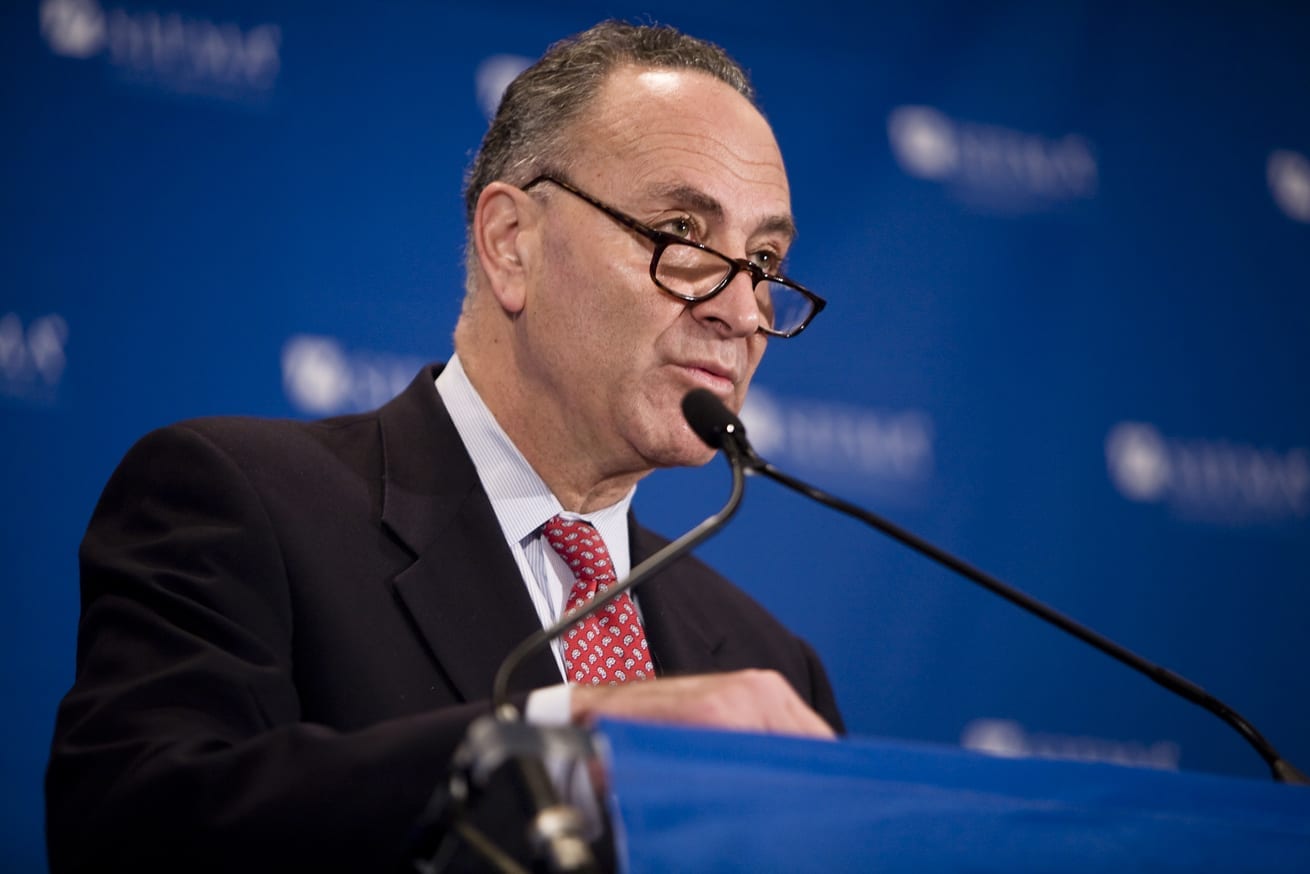 While three high-profile U.S. Democrats vowed this week to advance major cannabis reforms in 2021, investors and advocates should expect banking provisions to come first, as well as some hurdles along the way.

That’s according to Marijuana Policy Project director of government relations Chris Lindsey, who’s more bullish on federal legalization this year than in his nearly two decades of advocacy.

With Democrats clinching a Senate majority last month, the party now has control of both Congress and the White House. And there’s been a fantastic amount of unity the last few weeks among lawmakers, lobbyists and advocates in Washington D.C. to move forward on cannabis legalization, Lindsey says.

“In the early part of this year, we will release a unified discussion draft on comprehensive reform to ensure restorative justice, protect public health and implement responsible taxes and regulations,” they wrote.

Although the news has injected excitement into the industry, it’s just the beginning of what will likely be a long process of passing major cannabis legislation.

“The devil’s in the details,” Lindsey said in a phone interview. “And while it’s exciting to hear about these prospects, we don’t yet know what measures they’re going to include, or exclude.”

And if Democrats come up with a form of legalization without bipartisan support, it could create near- and long-term roadblocks.

If Republicans gain control of either the U.S. House of Representatives or the Senate next year, they could potentially start winding back reforms they didn’t support. 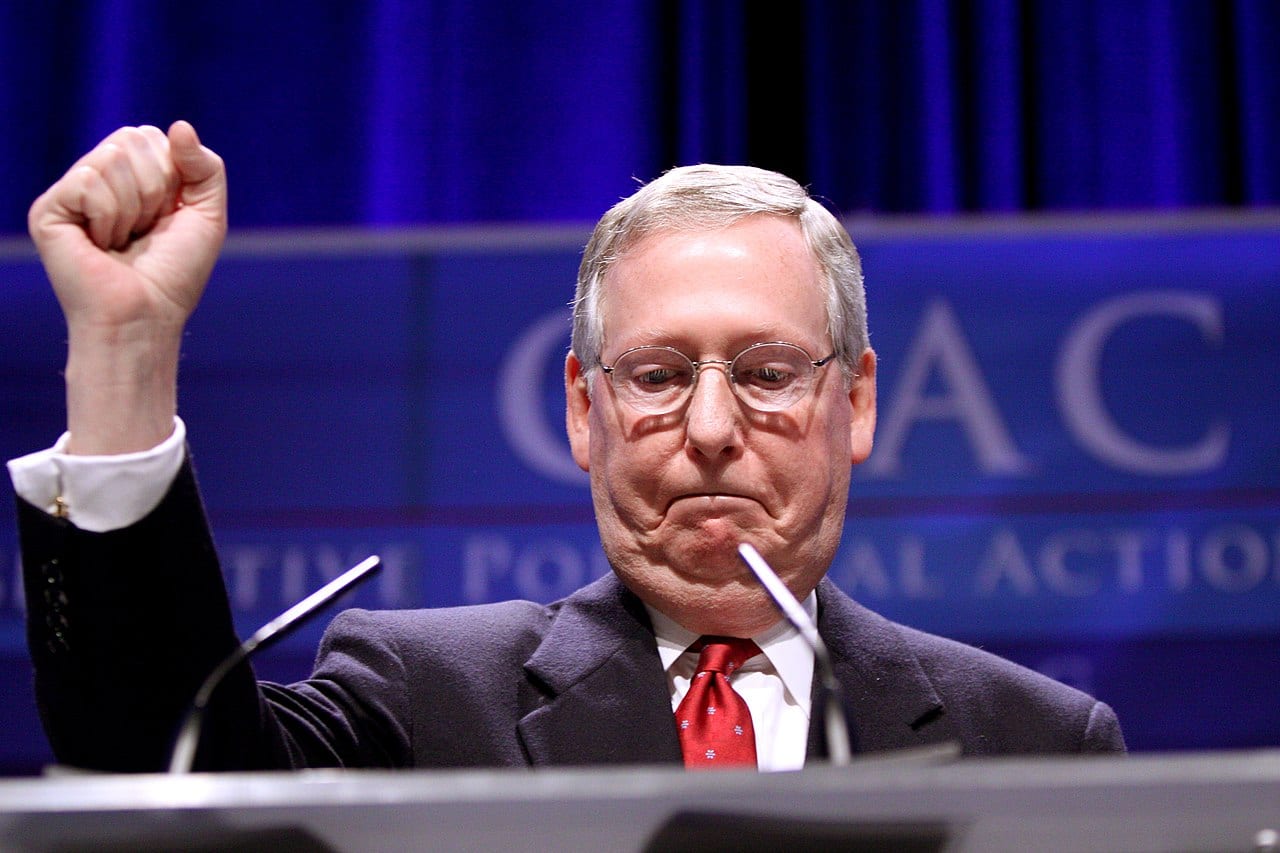 Former Senate majority leader McConnell shut down all attempts at cannabis reform, even those proposed by fellow Republicans, except research legislation. Photo by Gage Skidmore via Wikimedia Commons

Last December, the House passed the Marijuana Opportunity, Reinvestment, and Expungement Act, which would remove weed from the list of federally controlled substances.

The bill, however, got shot down by former Senate majority leader Mitch McConnell.

But because the MORE Act has a heavy focus on restorative justice, it will likely serve as a template for the three Democratic senators.  Measures include expunging convictions and setting up funding for communities hit hardest by the war on drugs.

“The War on Drugs has been a war on people — particularly people of color,” Schumer, Booker and Wyden said in their joint statement.

“Ending the federal marijuana prohibition is necessary to right the wrongs of this failed war and end decades of harm inflicted on communities of color across the country,” they said.

Social equity is one issue that could benefit from a stronger overlap in thinking among both Democrats and Republicans, Lindsey says.

Other aspects like allocation of tax dollars will require more information and debate to be hammered out. 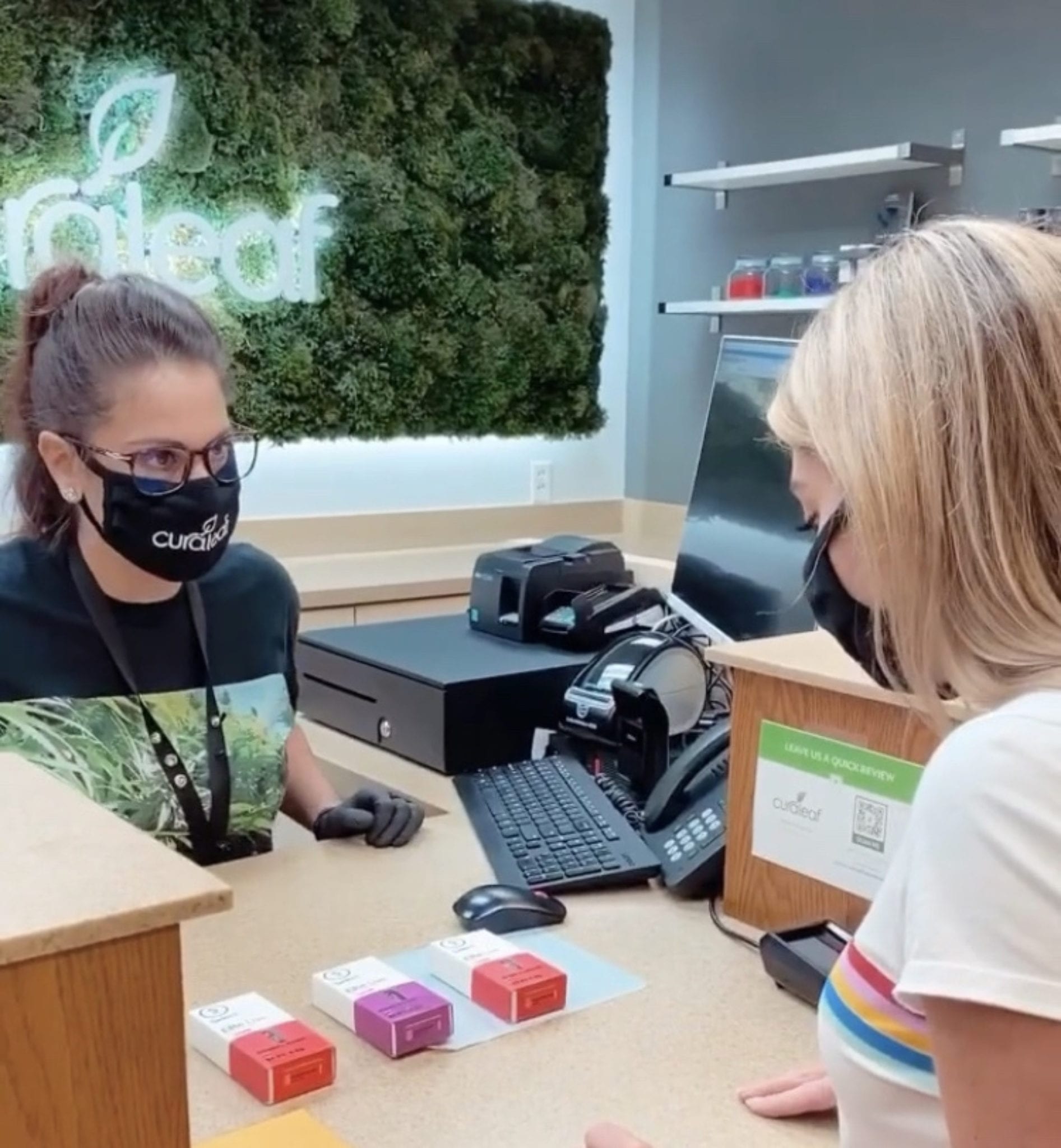 State-legal cannabis operators, which have primarily been working on a cash-only basis, may finally have access to banking services this year. Photo via Curaleaf

Because a major bill could take months to put forward and advance, Lindsey predicts smaller banking provisions will pass first.

Currently, advocates are lobbying to have elements of the SAFE Banking Act included in a major Covid-19 relief package that’s currently being debated on in Congress.

The amendments would create stopgap protections for financial institutions to legally service state-licensed operators without federal interference until cannabis is descheduled. It would also open up credit card and electronic transactions for weed businesses who currently operate on a cash-only basis, which makes them more susceptible to theft.

If cannabis banking isn’t including in the Covid relief bill, Lindsey sees the reforms coming via a standalone piece of legislation, or potentially part of some other bigger package.

Democratic Rep. Ed Perlmutter said this week he is confident SAFE Banking will pass this year, after introducing the measure during every Congress since 2013.

And because banking lobbyists are behind the initiative that’s gained support from Republicans, Lindsey sees it passing in the next few months.

I look forward to seeing progress on cannabis issues this Congress whether it's #SAFEBanking, research or maybe even the rescheduling of cannabis.

We need to do better for these businesses and their employees, to help them stay safe and boost the economy. https://t.co/8TtFkSHs6E

Promises of major reform come as public support continues to grow, transcending bipartisan politics. A Gallup poll in November showed that a record 68 per cent of Americans favoured legalization.

Lindsey and the MPP were behind red states Montana and South Dakota passing legalization ballots last November. The fact that 15 states have legalized recreational cannabis puts more pressure on Republicans in Congress to join the national movement.

On Friday, the Virginia Legislature voted to advance legislation that would legalize adult-use sales. A final bill still needs to be ratified, but Lindsey thinks it has a good chance to pass as Gov. Ralph Northam has signaled strong support.

As for a federal legalization bill emerging out of the Senate, Lindsey says it’s a matter of when, not if.

“You watch when that bill comes out, people are gonna freak out because it’ll suddenly start to get real. It’s pretty exciting.”