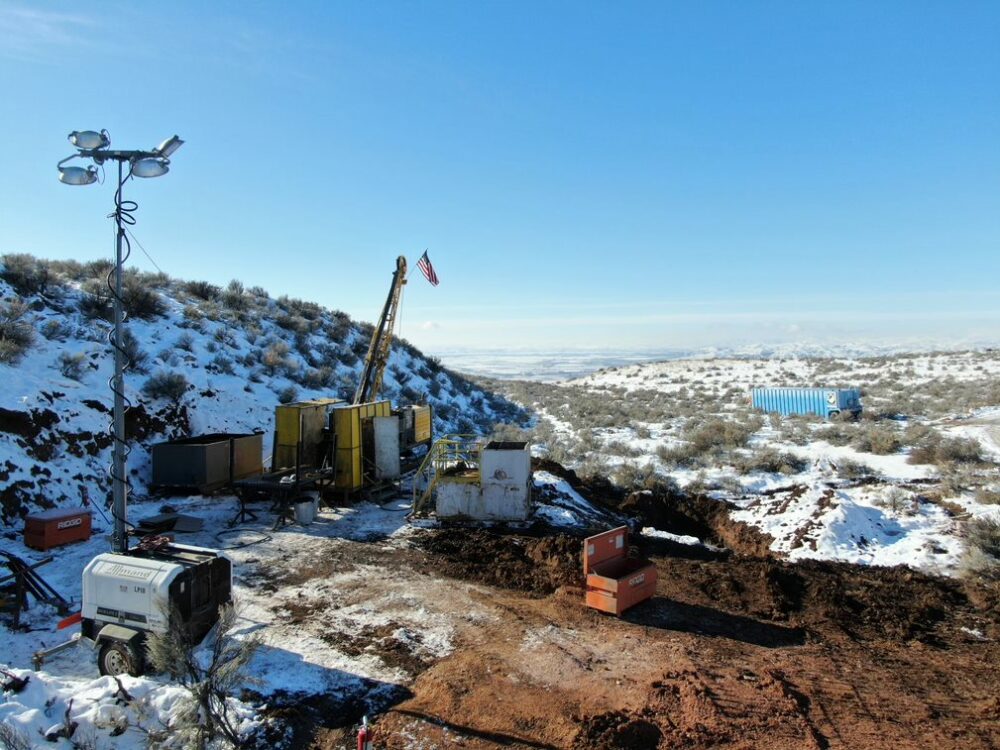 The company has completed organization of all the key areas for the program and started drilling. Also, the company contracted American Drilling LLC from Spokane, Washington for a core drill rig, and also has key support areas prepared. These include water, personnel and support equipment. Now that the drill mobilization is finished and the company has begun drilling.

“The pace at which our team has moved to organize our inaugural drill program at Nutmeg Mountain is impressive. We closed the Nutmeg Mountain transaction in August-2022 and swiftly moved to complete the core re-logging, surface mapping, geological interpretation, and drill targeting,” said Derick Unger, NevGold’s VP of exploration.

Large parts of the project are sitting on other patented mining claims and other privately held ground. Accordingly, the company has filed an exploration notice permit with the Bureau of Land Management to drill on unpatented federal mining claims at the project. The permit is presently in the early stages.

The company’s drilling program objectives include expanding on the historic drilling at Nutmeg Mountain. Previous drilling reached over 70,000 meters but only went to an average depth of 75 metres, creating resource expansion and exploration targets.

Nevgold is focusing on using the historical database to expand the 2020 mineral resource to the north and south with near surface drilling. Additionally, the company will test for high-grade feeder structures at depth. Also, Nevgold will identify parallel structures hosting additional near near-surface mineralization to the east and west of the mineral resource.

“Through this geological exercise we identified an abundance of high-quality resource expansion and exploration targets that we will begin to test in this program,” said Unger.

“Our focus at Nutmeg Mountain is two-fold; first to laterally expand the near-surface mineralization, and second to test new exploration targets at depth trying to uncover the high-grade feeder structure.”

Nevgold shares rose by a penny today and are now trading at $0.38.

Nevgold is a sponsor of Mugglehead news coverage