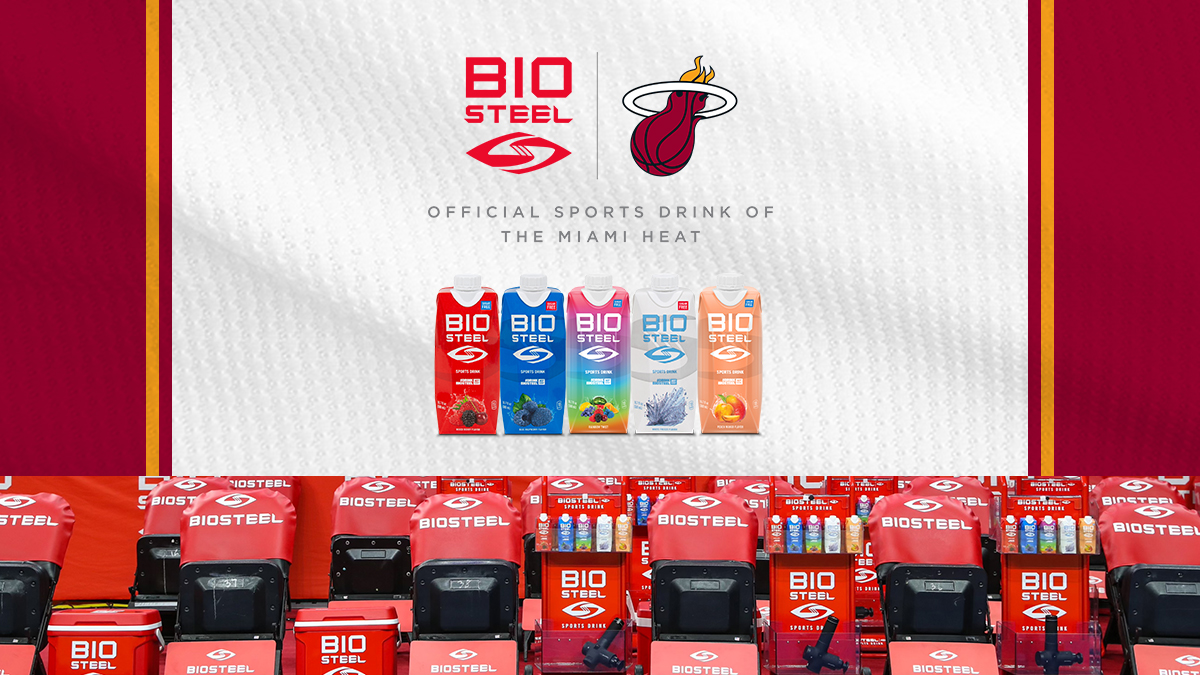 On Wednesday, the firm said it’s “continuing to fan the flames of its ever-expanding courtside prowess,” with the signing of the Miami Heat.

The deals are multi-year, though a Canopy spokesperson said their exact length and value aren’t being disclosed yet.

Starting in the 2021–2022 season, BioSteel will have a year-round presence through the Miami Heat partnership.

The sports drink will be available to players throughout the season, there will be bench setups at home games as well as digital and social media promotions. The firm adds there will also be a “presence” in the locker room, training center and in-arena signage.

“As we continue to grow the presence of our brand in one of the most iconic cities in America, we can’t wait to bring Clean. Healthy. Hydration. to the HEAT this season as the team’s official sports drink,” said BioSteel co-founder and CEO Michael Cammalleri, in a statement.

“With more teams and trainers than ever seeking a cleaner upgrade to their daily hydration routines, we’re proud to offer a sugar-free, better-for-you option to the team’s athletes and the fans in the community.”

BioSteel was founded in 2009 by Cammalleri, a former NHL player, and business partner John Celenza with a focus on nutritious, sugar-free drinks.

Canopy stock dropped nearly two per cent on Wednesday to $17.42.