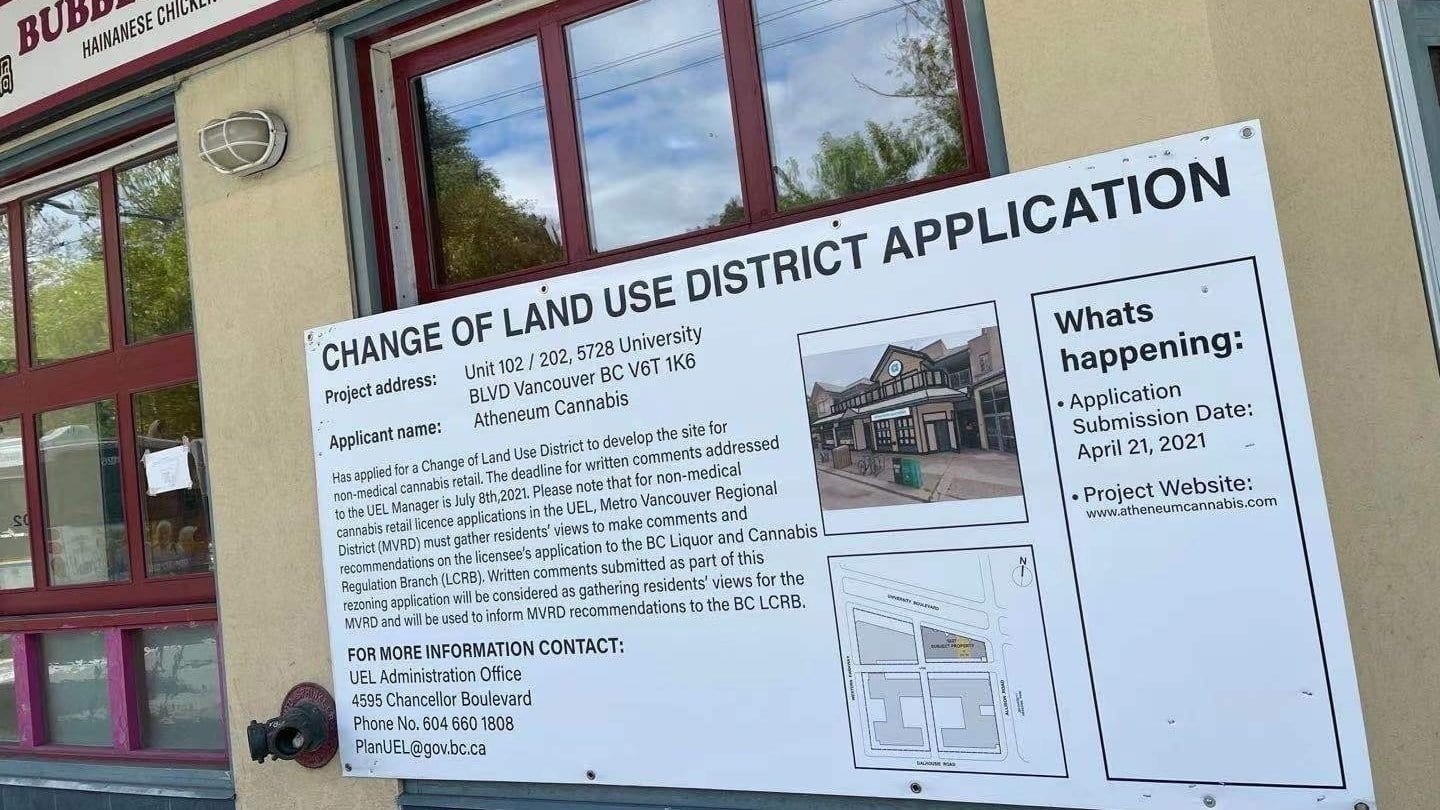 Atheneum Cannabis has proposed a store location at 5728 University Boulevard. Photo via change.org

A petition to stop two cannabis stores from opening at the University of British Columbia (UBC) has garnered more than 1,500 signatures as of Friday.

Detractors say that more cannabis customers will be attracted to campus, pot smoke will contaminate the air and children in the nearby area will be “at a high risk of exposure to substances they are too young for.”

The two pot shops would be located steps away from each other in a shopping plaza with a liquor store and several fast food restaurants.

In May, Burb Cannabis Corporation applied to the University Endowment Lands (UEL) on behalf of Mandial Holdings Ltd., Inc for an amendment to the local zoning bylaw, to allow for the conditional use of a non-medical cannabis retail store.

Some local residents are hoping a petition will draw more attention to their anti-cannabis store calls. 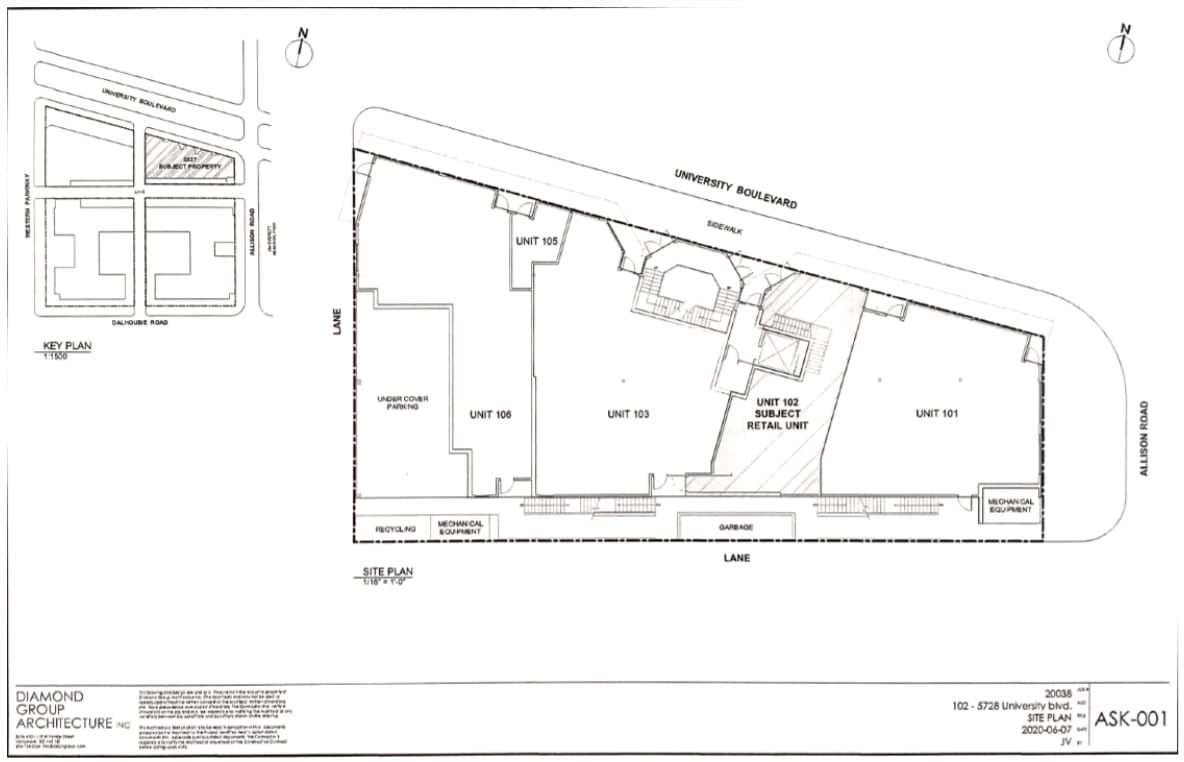 The petition also states that since legalization in 2018, pot smells have become more frequent. “Many buildings have prohibited smoking inside and within 6 meters of the building which means the smokers would probably smoke on the street, which the open air will be polluted more seriously,” it reads.

In an update to the petition, critics raise other concerns including that the stores would be a culture shock for tourists and international students, that they would disincentivize people coming to UBC from a country where weed is illegal, and create the risk of people losing their opportunity to return to Canada.

If the rezoning isn’t thwarted by the petitioners, the stores will need cannabis retail licences from B.C.’s Liquor and Cannabis Regulation Branch as well as additional municipal permits.

Atheneum Cannabis has a store in Vancouver and another in Princeton. Burb Cannabis has one store in Port Moody and two in Port Coquitlam.

At UBC’s Vancouver campus, you can smoke weed if you’re not indoors, in bus shelters, in UBC vehicles, on a residence property or within eight metres of doors and air intakes.

The UEL and Metro Vancouver Regional District are seeking feedback from nearby residents for the Atheneum Cannabis dispensary no later than June 9 at 4:00 p.m. Local residents and property owners can send written submissions to planUEL@gov.bc.ca.