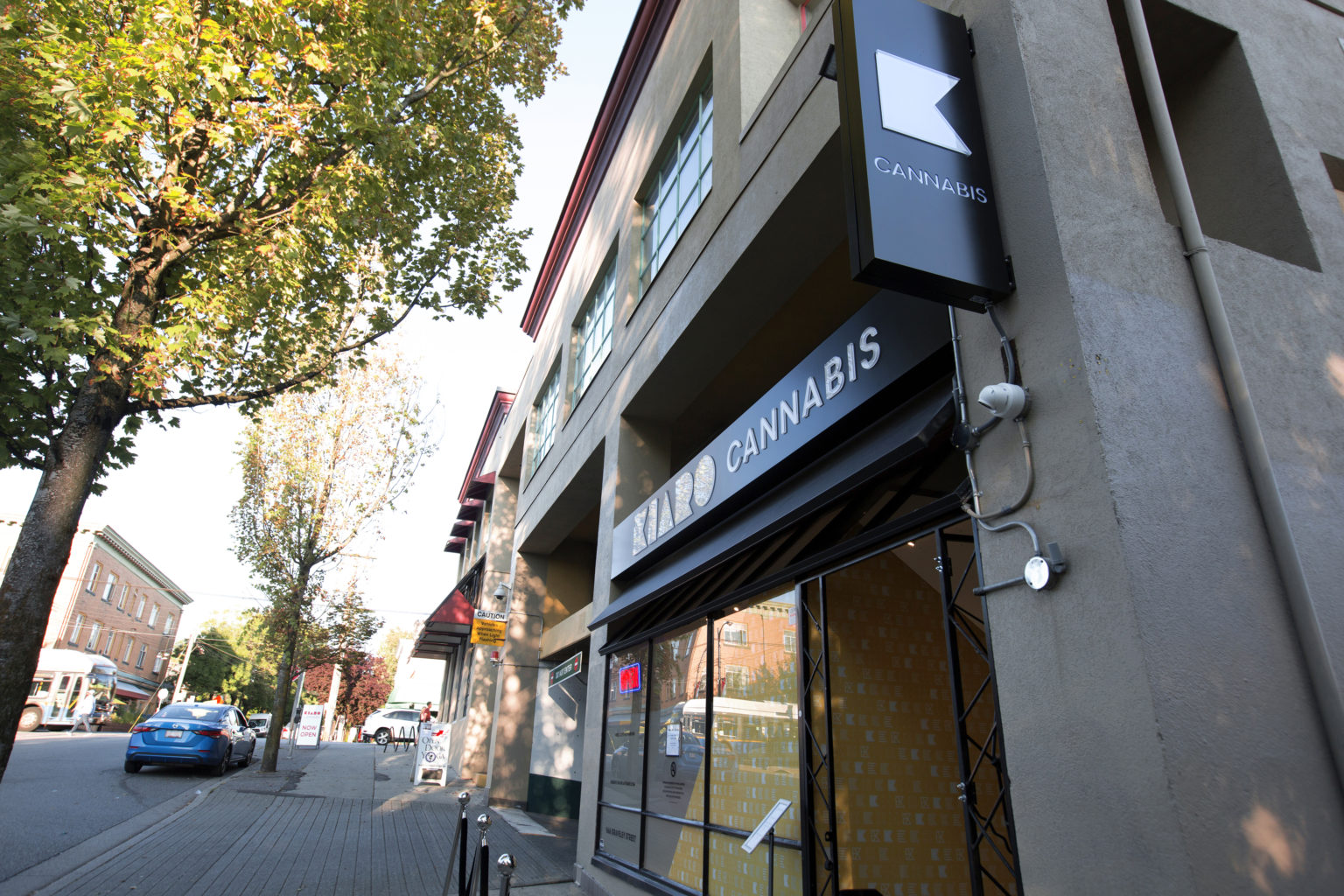 Kiaro’s purchase of Sculthorp included a brick-and-mortar store in Toronto, and three e-commerce business platforms in Canada, the U.S. and Australia. Image via Kiaro

On Tuesday, the Vancouver, British Columbia-based firm reported its financial results for the period ended July 31.

Following the acquisition of Sculthorp SEO Inc. in July, Kiaro has added a new segment of reporting and now covers e-commerce operations along with retail and wholesale. 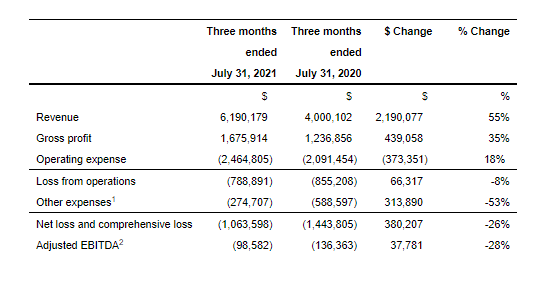 ‘The 55-per cent increase in revenue in comparison to the prior year is primarily due to retail same-store sales increases of 21 per cent, and a 92 per cent sales increase at Kiaro’s wholesale subsidiary, National Cannabis Distribution Inc.,’ the firm explains. Chart via Kiaro

“Our team continues to deliver fantastic financial results as proven by our record second quarter,” CEO Daniel Petrov said. “Now that we have closed on the acquisition of Hemisphere Cannabis and have 16 stores in operation, we look forward to achieving our $43 million annual revenue target.”

The Sculthorp purchase included a brick-and-mortar store in Toronto, Ontario, and three e-commerce business platforms in Canada, the U.S. and Australia. Also during this period, Kiaro finished the acquisition of Hemisphere Cannabis Co. and said it was buying Grasshopper Cannabis in Kelowna, B.C.

“The consolidated gross margin decreased due to the higher contribution of revenues from the wholesale segment. As retail and e-commerce segment contributions increase from the newly acquired assets, the blended gross margin is expected to increase as well,” the company says in a statement.

Net loss and comprehensive loss went up 9 per cent to $1.1 million from $979,921, and operating expenses were again around $2.5 million this period.

Compared to operating expenses of $2.1 million in the same period of 2020, the firm acknowledges the increase in cost, but says “the impact to operating expenses not including depreciation and amortization and share-based compensation decreased from 34 per cent to 29 per cent as a percentage of revenue. Salaries and employee benefits remained between 19 per cent and 20 per cent as a percentage of revenue in the three months ended July 31, 2021.”

The company boasts its adjusted earnings before interest, taxes, depreciation and amortization (EBITDA) improved to negative $98,582 from $179,964, a 44-per-cent difference.

“Revenue increases continue to play a contributing factor on EBITDA until the company reaches break-even scale,” the company explains. “This combined with fundamental management of operating expenses relative to revenue growth resulted in improvements towards profitability.”

At the end of the period, Kiaro had a working capital of $2.3 million, 13 per cent less than last period’s $2.6 million. The firm adds that $35,000 in principal debt was repaid this quarter.

Company stock dropped 5 per cent to $0.095 on the TSX Venture Exchange on Tuesday.