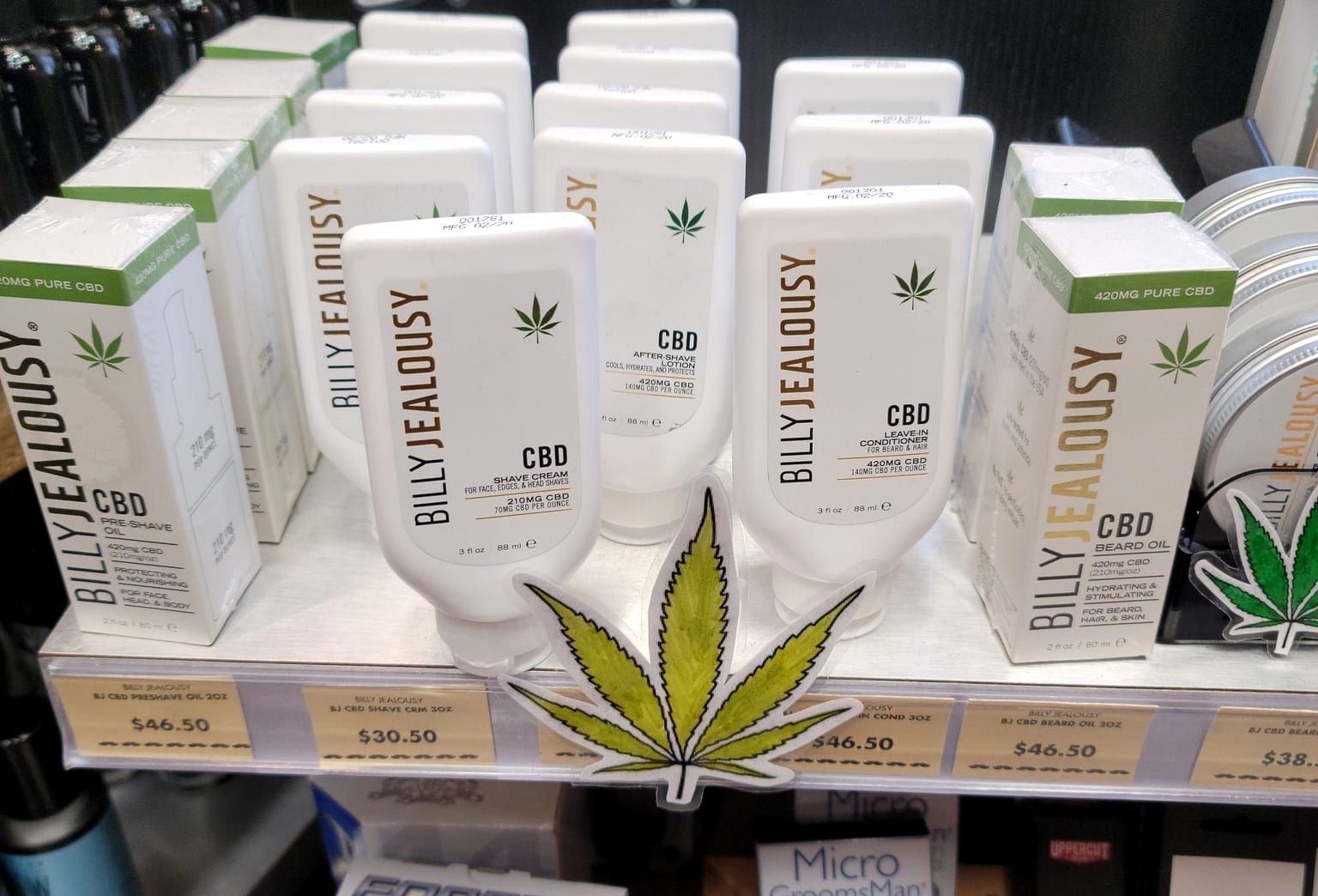 If you bought some fancy new CBD-infused product from the barber for your hair — and then someone later told you it was unregulated — would you, should you even care?

While it’s a quandary unlikely to lather in the heads of most Canadian consumers, it’s top-of-mind for industry professionals, many of whom want the laws governing cannabidiol products sensibly eased.

Canada’s regulatory approach to CBD looks especially heavy-handed in light of moves like the U.K.’s decision to classify the non-intoxicating cannabinoid as a novel food product, as well as the Court of Justice of the European Union ruling CBD is not a narcotic. Recreational cannabis remains illegal in both jurisdictions.

But domestic law isn’t stopping opportunistic operators from seizing on a consumer base eager to sample a flood of attractive weed-infused products, unknowing of or unconcerned about their illicit status.

A number of polished websites have offered Canadians a host of unregulated product for years now. However, it’s only recently that equally polished illicit products have been sold by otherwise legitimate businesses out in plain sight.

Tommy Guns Original Barbershop sells a line of CBD-infused hair and beard care products both on its online shop as well as in some of its physical stores. Those products — which on the bottle say are made in Texas — appear to be breaking a number of laws, including illegal import, non-registry with Health Canada and being sold by a non-cannabis retailer. Tommy Guns has not responded to requests for comment.

Although the consequences can be severe, prosecution for this sort of thing doesn’t happen very often, despite the fact that CBD and THC are treated the same by the federal government, says Trina Fraser, partner at Brazeau Seller Law.

The definition of cannabis in the Cannabis Act includes all parts of the plant other than the nonviable seeds, root and stalk.

“What I’ve found is both from a law enforcement perspective and a Health Canada perspective, the focus has been more on educating the public,” Fraser says. “And trying to inform the public and businesses that maybe don’t even appreciate that what they’re purchasing or what they’re selling is not legal.”

If enough furor is raised to get the attention of Health Canada, they’ll likely send cease and desist letters, which if complied with will be the end of that. Fraser also questions whether there’s enough of an appetite to go after cases like this, unless the company is breaking several other, more serious laws as well.

Apparently made in Texas, Billy Jealousy-branded product can also be found on its website. The company even lists a certificate of analysis for its CBD-infused wares. Submitted photo

Why not use Canada’s existing natural product rules for CBD?

Consequences vary on the specifics of a case, but generally the penalties are severe.

Section 11 of the Act states that, unless authorized, the import or export of cannabis is prohibited. As written in subsection 3, a person in contravention is guilty of either an indictable offense and could spend up to 14 years in prison, or is guilty of a less-grave offence punishable on summary conviction. Via the latter, one could face up to six months of jail time or fines up to $5,000. For a company, the fine can be up to $300,000.

Exemptions are granted in rare cases, Fraser notes, like the import of CBD-dominant oil from producer Charlotte’s Web in Colorado. Those were purely for medical purposes. Other, similarly uncommon imports have been allowed for research and development.

And in other instances, people aren’t even breaking the laws they appear to be.

“In some cases where I [have] seen these products on the market claiming to contain CBD, there’s probably a good chance that they don’t even have CBD in them,” Fraser explains. “Some have gotten pushed a little bit about the legality of what they’re doing or selling, and then some sort of clarification gets issued that in fact we’re talking about hemp seed oil, pressed from the seed of a hemp plant, which wouldn’t really contain any meaningful amounts of any cannabinoids, let alone CBD.”

Canadian Health Food Association director of business development Dan Demers sees both the growth potential and harms in the CBD market as it stands, mostly caused by illicit activity online.

“They’re buying it through other sources where I think a lot of people assume because it’s in the market or because it’s online, somebody checked it out — it’s been regulated,” he says. “But really you’re buying products where nobody’s really doing any oversight or enforcement.”

At present, Canada should enforce its own rules to increase accountability with consumers, Demers says, but it should also be working on opening what could be a $2.5 billion domestic sector and moving first on a $20 billion global industry. The U.K. plans to have compliant CBD products on shelves by next spring.

“Canadian rules around natural products are often seen as a gold standard. So my part of my question to the government is: ‘Why don’t we use the current rules that are in place?'” he asks. “It will force everybody to make very clear what’s in the product and provide evidence to support any health claims that are being made.”

Instead, Health Canada has another process, which could take another two to three years. The federal regulator has committed to reviewing rules on products containing cannabis ingredients, but a recently formed scientific advisory committee only just had its introductory meeting at the beginning of November.

“We really need them to realize that today in the real world people are buying products and they don’t always know what’s in them,” Demers adds.

These issues aren’t unique to Canada. Looking at regimes worldwide, Demers and his peers at the CHFA have determined that it’s a wild west everywhere.