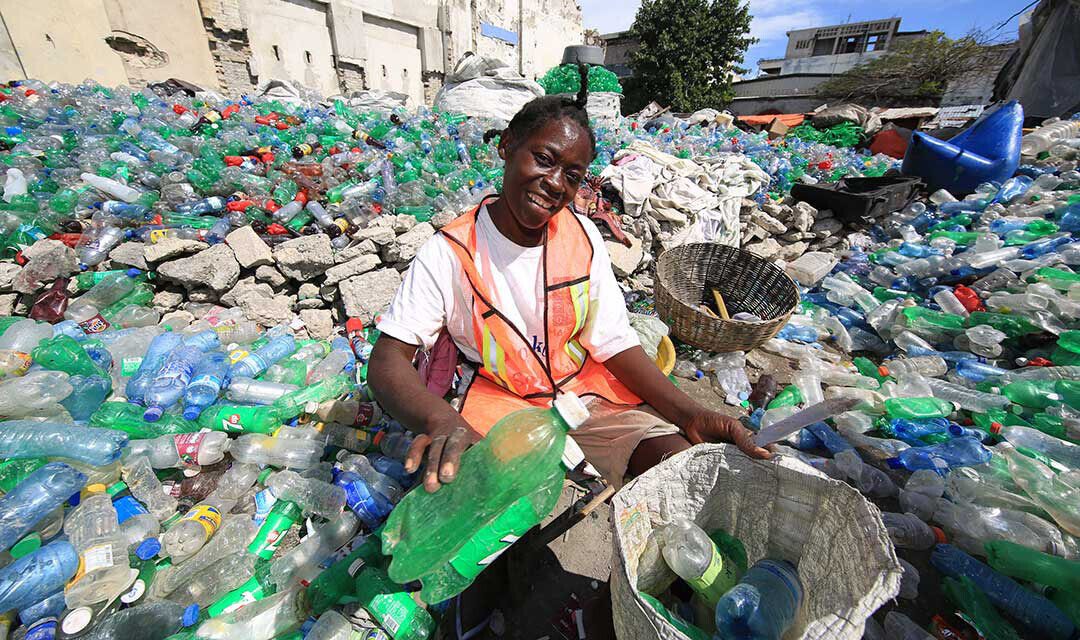 Hexo Corp. works with circular plastic economy organization Plastic Bank to counteract the use of plastic in its packaging. Photo via Plastic Bank

On Thursday, Hexo Corp. (TSX: HEXO) (Nasdaq: HEXO) said it reached its summer 2021 goal of achieving carbon neutrality by offsetting 100 per cent of its operational and employee’s personal carbon emissions.

In June, the company partnered with Vancouver-based sustainability and carbon-management company Offsetters. By September, Ottawa-based Hexo says it reached its carbon neutrality goal of offsetting 25,965 tonnes of carbon, with 19,610 tonnes coming from business operations, and 6,355 tonnes coming from its 1,200 employees.

“We are proud to share our commitment to sustainability and support our consumers’ ability to purchase products that align with their values.”

Estimates for personal emissions were based on the average Canadian citizen’s output from heating and powering their home, as well as driving and food consumption.

On top of reducing its carbon footprint, Hexo works alongside pharmaceutical safety packaging supplier Dymapak and circular plastic economy organization Plastic Bank to counteract the use of plastic packaging.

Vancouver-based Plastic Bank supports worldwide coastal communities in countries including Haiti and the Philippines to prevent ocean-bound plastic. The organization works with companies and locals to collect and re-use plastic containers before reaching the ocean.

An estimated amount of 84kg of plastic waste is produced by the average person each year. 🤯

By becoming Plastic Neutral:
🔹 You will prevent the equivalent to 4,200 single-use plastic bottles from entering our oceans! 1/2 pic.twitter.com/cZzhSogpV3

Hexo reports offsetting 63,000 kilograms of plastic. By October Hexo says it will support the collection of 8,000 kilograms of ocean-bound plastic for a total of 3.55 million plastic bottles stopped from entering open water.

The company also supports the Great Bear Forest Carbon Project, aimed at reducing old-growth logging, and another forest conservation in South America, as well as a large-scale solar energy project in Asia.

The company owns recreational cannabis brands such as UP Cannabis, Namaste and Original Stash. It also sells cannabis on medical markets in Canada, Israel and Malta.

It serves Colorado through its joint-venture with Molson Coors, offering Truss Beverage Co products there.

In May, Hexo acquired Redecan, formerly Canada’s largest privately owned producer, in a deal worth $925 million.

The firm’s acquisition spree earlier in May, when it bought 48North Cannabis Corp. in a $50-million all-stock deal, followed by a June agreement to buy Zenabis Global Inc. for $235 million in stock.

After a recent report by the United Nations Intergovernmental Panel on Climate Change detailing irreversible human-caused damage to the global ecosystem, experts say companies in the energy-intensive cannabis sector should focus on reducing their carbon footprint. They say that investors in particular recognize the importance of environmental, social and governance (ESG) reporting.