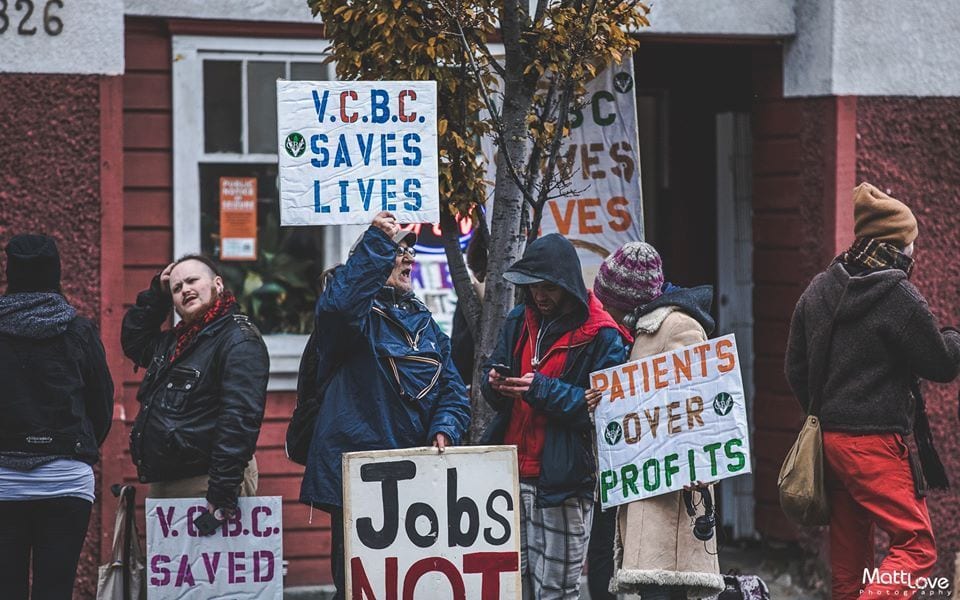 Staff and patients of one of Canada’s longest operating compassion clubs took to the steps of Victoria’s Legislature buildings Friday to protest the raid of their store.

VCBC founder Ted Smith said they demonstrated outside the house of government to show the world how backwards legalization has been in this country.

“Patients and their caregivers fought for years to gain access to this medicine and, after finally gaining access to it, the government gave in and legalized it and now those patients have just been turned into dollar signs and with very little concern for their best interests,” Smith said. “It’s totally backwards: the patients concerns should be coming first, not last.” 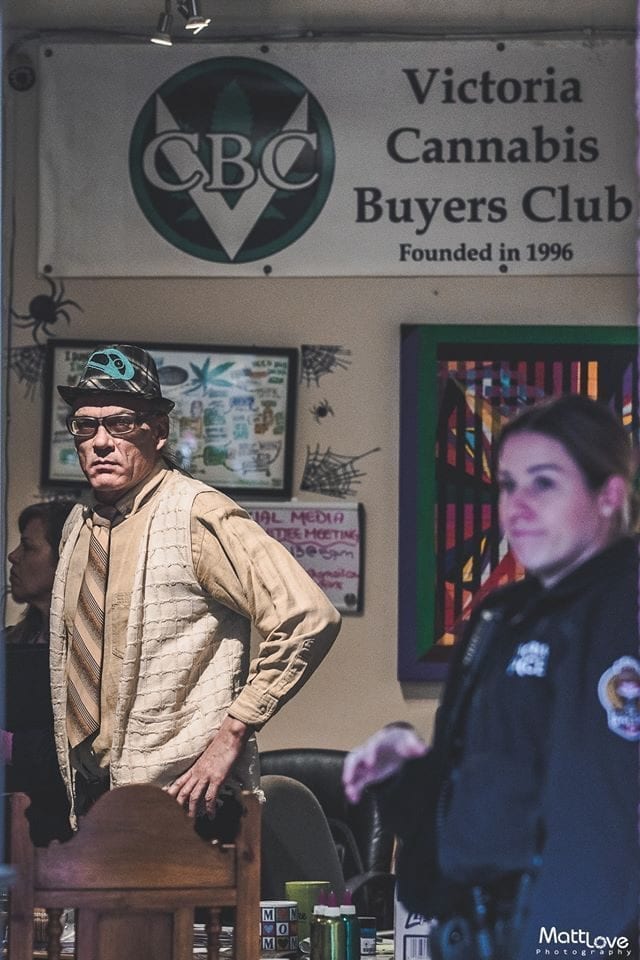 B.C.’s office of the solicitor general, which oversees enforcement of the province’s cannabis industry and administers the Community Safety Unit, had a stern message for businesses still operating outside the law.

“Our goal from the start has been voluntary compliance, however, those who continue to operate illegally should be warned that if they do not obtain a provincial licence they will have to close or will face increased enforcement action from the CSU,” the office said in an email statement.

While patients have the right to grow or obtain cannabis for their own personal medical consumption, storefronts are not allowed to sell medical cannabis under federal law.

The solicitor general’s office confirmed that it had been active at multiple locations in Victoria this week, and the VCBC noted it has been adding to its list of over 7,700 registered clients as other dispensaries have closed down.

“As more licensed stores come online, you can expect to see increasing enforcement activity from the CSU,” the office of the solicitor general said.

‘This raid was unusual’

Smith, who’s experienced several raids of his store since it opened in 2001, said this raid was unusual because the staff were allowed watch and take pictures as the officers conducted their operation.

“We could tell many of them didn’t feel that great about what they were doing, especially the Victoria Police Department officers,” he said.

“At one point an elderly lady came to the door who’s sick with cancer and her husband is at home with stage 4 cancer,” Smith said. “They need these medicines and she was making them aware of how much this is going to hurt them and that they would be suffering and she expressed her anger, and you could tell that wasn’t a pleasant thing to hear for them.” 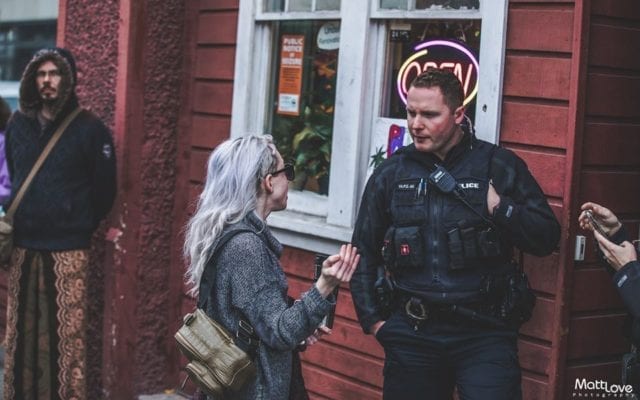 Victoria police said they couldn’t speak to any specific conversations their officers had with anyone yesterday, and deferred all questions regarding enforcement to the Community Safety Unit.

Smith said he didn’t think any charges were being laid at this time, but was told he would be getting a receipt for the products seized. If there’s a fine incoming, he said they would fight it.

‘A better product at a lower price’

The province has been looking for ways to make it easier for members of B.C.’s traditional underground cannabis economy to enter the legal market, it has indicated in previous statements. But Smith said the government is not trying to work with people historically in this industry; it’s trying to replace the unsanctioned market by any means possible.

“That’s why the dispensaries have proliferated for years because medical users choose to use a better product at a lower price than what they’re forced to in the legal system.”