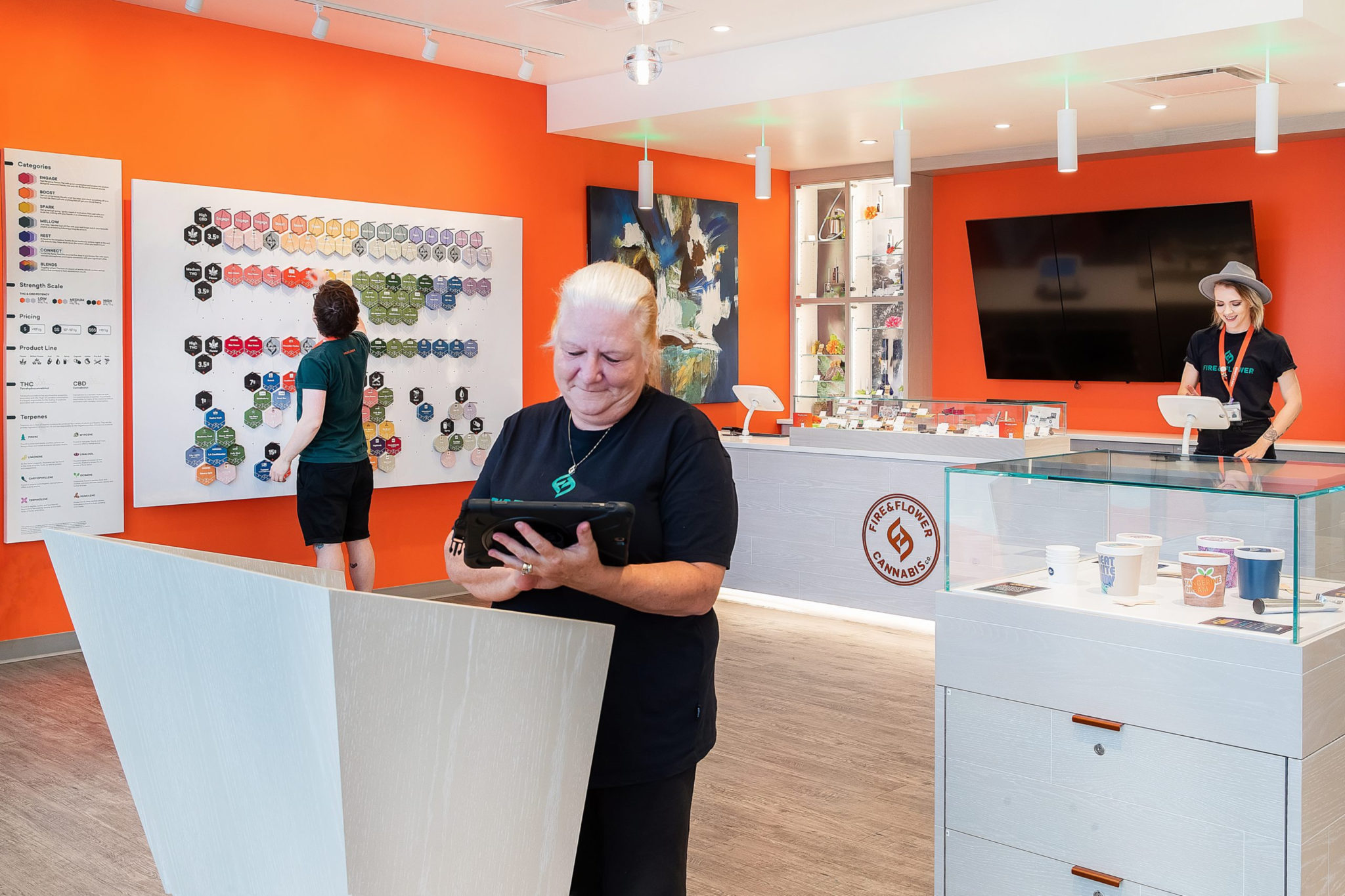 Late Monday, the Edmonton-headquartered company reported net revenues of $23.1 million for the first quarter ending May 2, 2020, up from $16.8 million in the fourth quarter of 2019.

But the retailer, which operates 48 stores in five jurisdictions, also reported a first-quarter net loss of $12.7 million as expenses continued to pile up.

While gross profit was $7.5 million in the first quarter, Fire & Flower said it wasn’t enough to cover the $17.2 million in total expenses it recorded in the three-month period.

First-quarter general and administrative expenses came in at $8.9 million, impairments added $4.3 million, and depreciation and amortization swallowed up another $3 million, according to the company’s filings. Fire & Flower said impairments of assets were primarily due to a write-down of leased properties as well as charges related to “restructured locations.”

The firm, however, inched towards positive cash flow in Q1 as it cut back $7.5 million in expenses on a quarterly basis.

Adjusted earnings before interest, taxes, depreciation and amortization improved quarter-over-quarter to a loss of $2.7 million from a loss of $5.3 million the prior quarter.

Due to challenges created by the pandemic, the company revised its goal towards generating positive adjusted EBITDA to the first half of the fiscal 2021, from the original stated target of late fiscal 2020.

“Fire & Flower’s financial and operational results for the first quarter, fiscal 2020 demonstrate that the company continues to show positive growth quarter over quarter and over its previous fiscal year. We will continue to work towards positive operating EBIDTA delivered through four-wall retail economics,” CEO Trevor Fencott said in a statement. 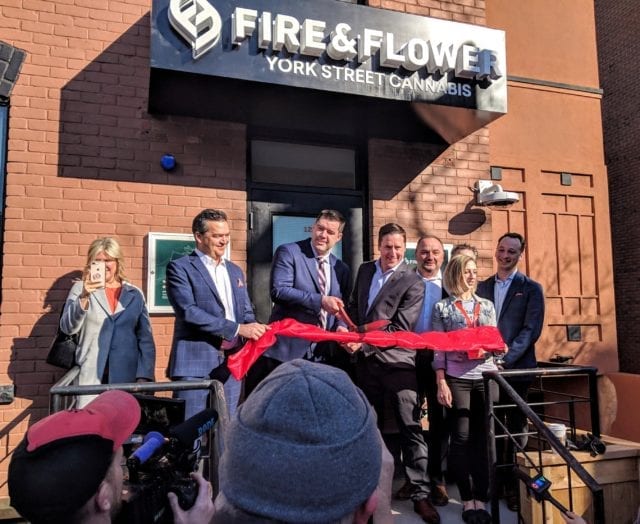 Since the onset of Covid-19, the company says customers increased their order sizes buying up more bulk cannabis products and less pre-rolls. The company also reported “meaningful demand” for new cannabis 2.0 products such as edibles, vapes and beverages.

Fire & Flower said it successfully pivoted to more digital-focused retail operations during the pandemic as its Spark Perks loyalty program surpassed 100,000 members in the first quarter.

The company said establishing its Hifyre online retail and analytics platform before the health crisis set in enabled it to rapidly shift to click-and-collect, curbside pick-up sales methods, as well as home delivery in provinces that allow it.

Fire & Flower said revenue from its Open Fields digital wholesale platform in Saskatchewan increased to $3.9 million from $2.1 million in Q4, an 83 per cent increase between the two periods.

Throughout the remainder of fiscal 2020, the company said it will focus on building out its retail network in Ontario and enter the British Columbia market once it receives the necessary licensing.

Fire & Flower currently operates 37 stores in its home province of Alberta, but only two in Ontario — Canada’s biggest weed market.

Currently, Ontario has given out 87 private retail store licences to serve its 14.5 million residents, with another 417 “in progress.” The province has reportedly been issuing around five new retail permits a week since mid-May after provincial emergency orders halted the roll out in early April.

Fire & Flower said it improved its cash position in the first quarter to $48.7 million from $22.9 million in Q4, primarily due to $19.8 million raised in convertible debenture units.

The pot stock slipped two pennies on Tuesday at the Toronto Stock Exchange, closing at $0.73.