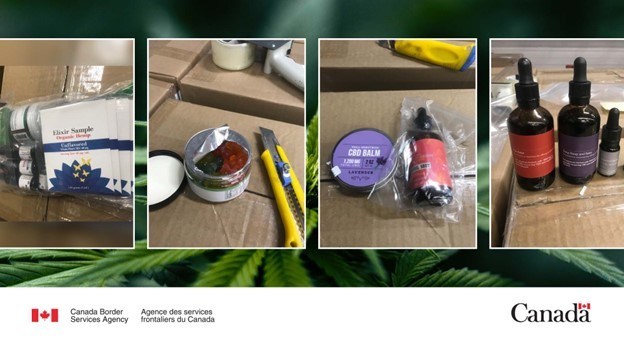 Canada’s Border Services Agency (CBSA) is reminding Canadians and visitors to not bring cannabis from other countries despite being legal.

On Monday, the agency said in a press release that it remains illegal to bring cannabis flower or products into or out of Canada and people may be subject to seizure, arrest and/or monetary penalties if not declared.

The penalty varies depending on the type of action, severity and frequency of violations. Last year, the CBSA did 22,779 seizures totalling 16,498 kilograms.

The agency explained that all goods entering the country must be reported to the CBSA and may trigger a more in-depth examination. Personal, mail, courier and commercial shipments are subject to the Customs Act and may be examined for prohibited goods which include pot and its products.

“Also, when shopping online, make sure you are buying from licensed Canadian cannabis retailers to avoid potential delays, an enforcement action and even criminal prosecution,” reads the agency release.

Last February the CBSA reported significant increases in cannabis seizures over the last years showing a pronounced jump to 11,800 kilograms from 500 kilograms in 2017-2018.

By mid-2021, border officials had intercepted more than 10,500 kilograms of cannabis.

“Avoid seizures, fines or arrest: Don’t bring it into Canada. Don’t take it out of Canada.”